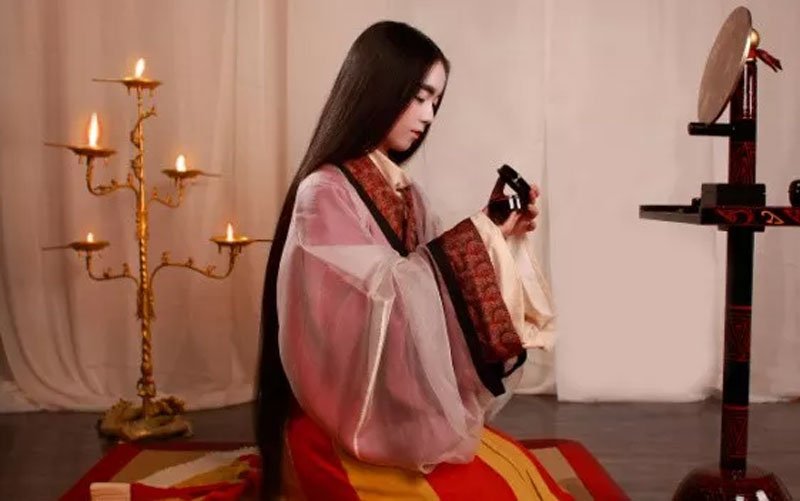 Now, many people are very concerned about the issue of Hanfu cultural heritage, and give it a lot of significance. But in the end, the hardest and most effective thing is to be liked. More people like it and want to explore and understand the cultural connotation behind it. Compared with those who criticize other people's ways of expression, inheritance needs more people who participate in it. 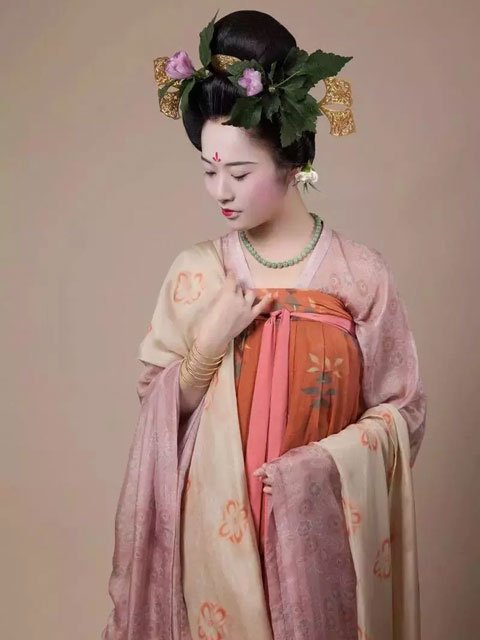 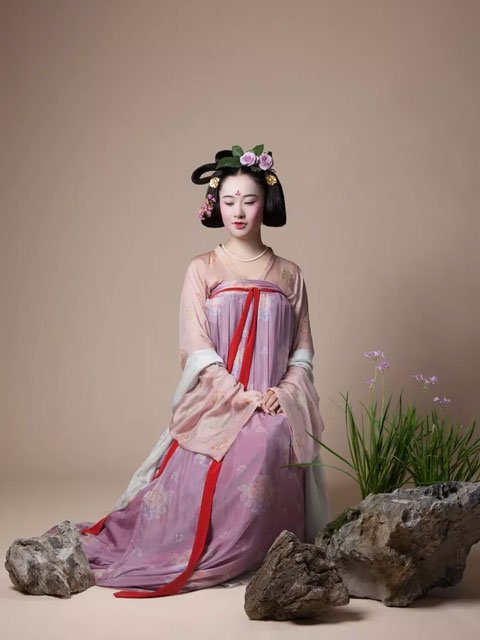 Liu Shuai also has such an idea. He was born in a painting major and went to learn costume design out of his love for Hanfu. In 2007, he and his friends set up a "Chinese costume restoration team" to restore the real Hanfu. 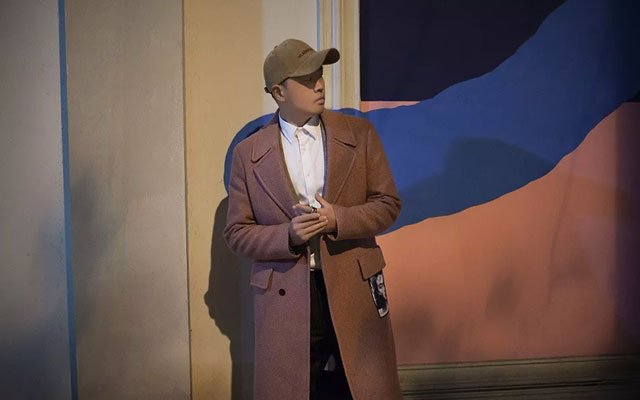 Liu Shuai, the founder of the team

In order to restore the history as much as possible, the young team suffered a lot. They do a lot of rigorous research. Different from gold, silver, and jade, textiles are very easy to damage and are very difficult to preserve. Therefore, there are a few unearthed objects. Even if there are cultural relics, they are all treasures in the museum. Without material objects to study, they went to study ancient paintings, murals, terracotta figures, and the classic works of predecessors, understand the art of clothing in different historical periods, and study the material, color and pattern of clothing. 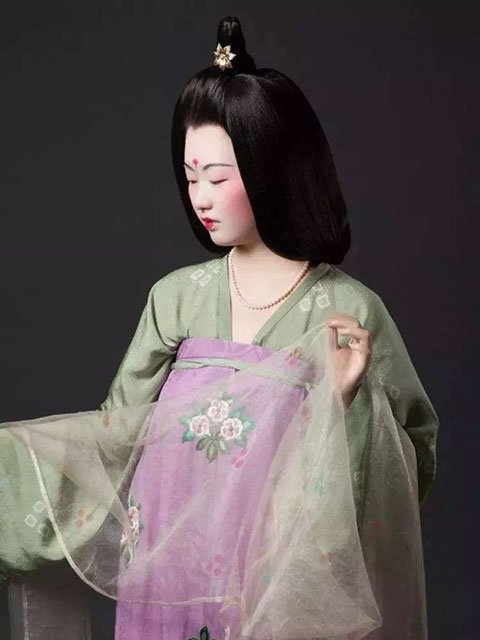 "In fact, clothing is the carrier of all cultures. There are many things with national aesthetics. What we have done is to let people directly understand the traditional Chinese material culture and what kind of Chinese ancient clothes are. In particular, the current social change is relatively fast, and the time for thinking is relatively small. I hope that in the era of fast reading, people can see the material and cultural image materials more intuitively. "

For example, this Quju robe is based on the restoration of cultural relics unearthed from the Xinzhui tomb in Mawangdui, Changsha. Its color, pattern, and size are very close to each other. 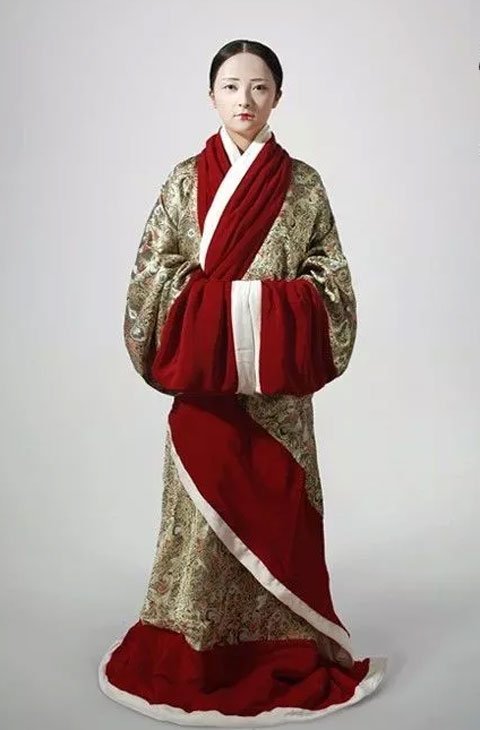 From the selection of materials to the restoration of patterns, it goes through complex processes such as weaving, dyeing, printing, embroidery, plate making, cutting, sewing, etc. It often takes half a year to restore a set of clothes completely. In the past 12 years, the whole team has worked together to restore more than 200 sets Hanfu.

Big investment, high difficulty, testing the patience of these young people. They gritted their teeth and held on. When a set of ancient costumes is finally restored, a sense of satisfaction and achievement arises spontaneously. All the hard work and efforts are beautiful. 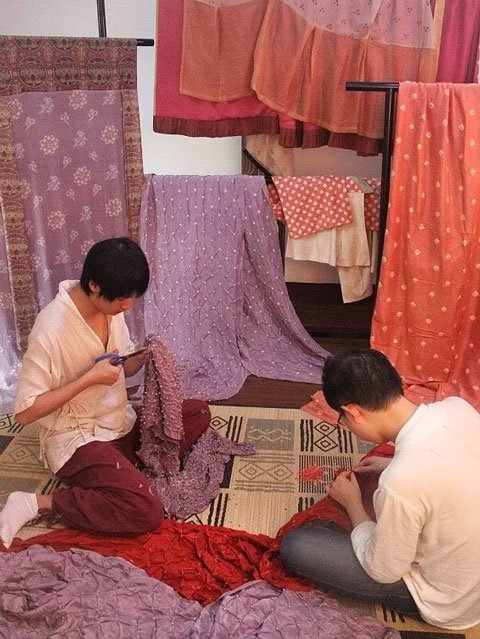 In their hands, the untouchable images of the ancients in the literature murals have finally become vivid reality. In order to make the exhibition more suitable for the characteristics of the times, in addition to the restoration of costumes, the Chinese costume restoration team is also committed to the restoration of various props, including jewelry, shoes, hats, hair accessories, etc. 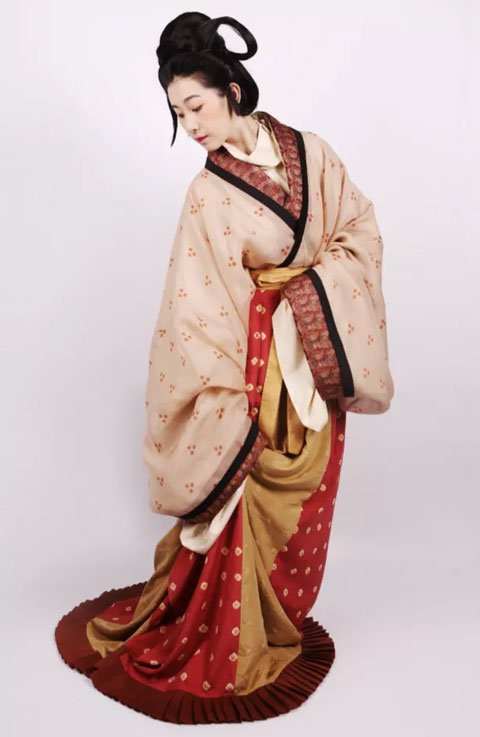 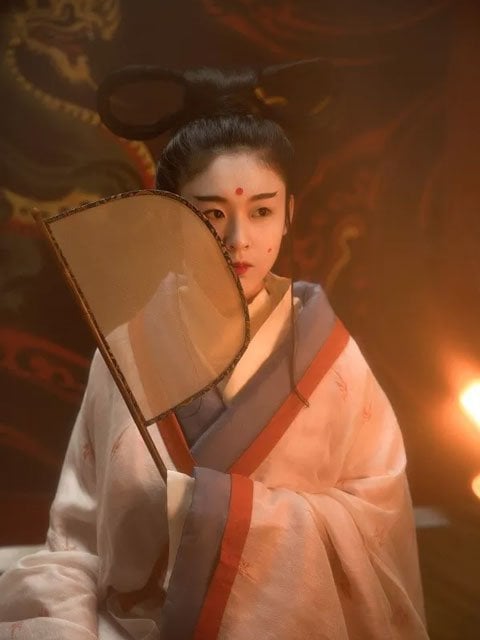 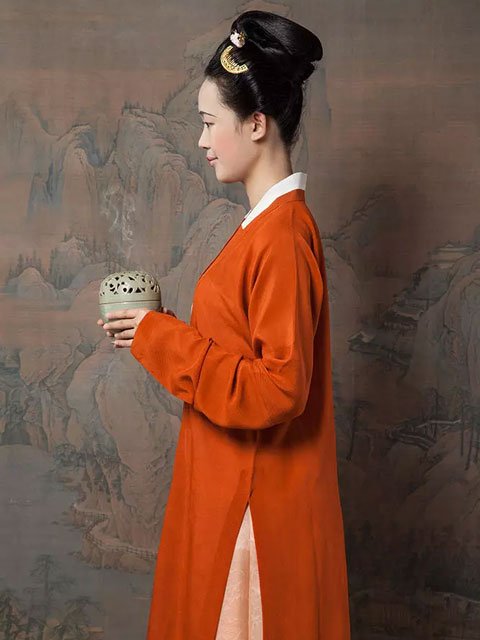 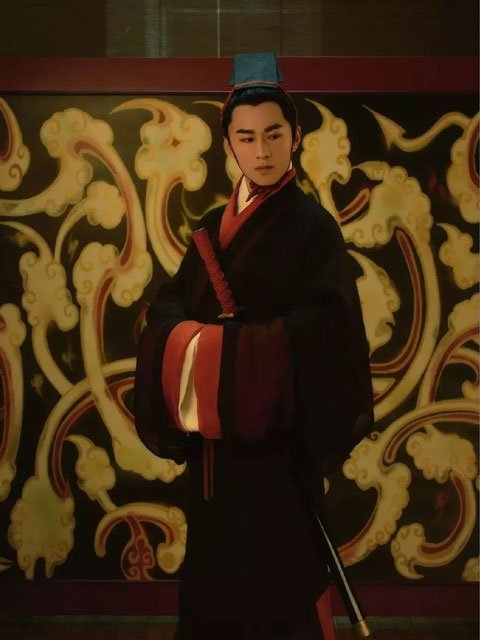 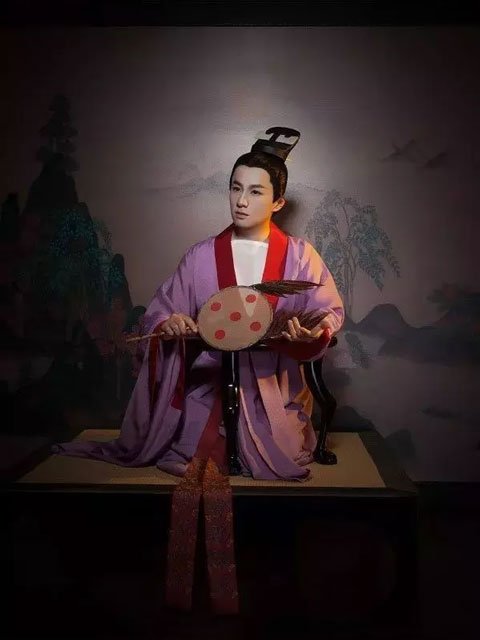 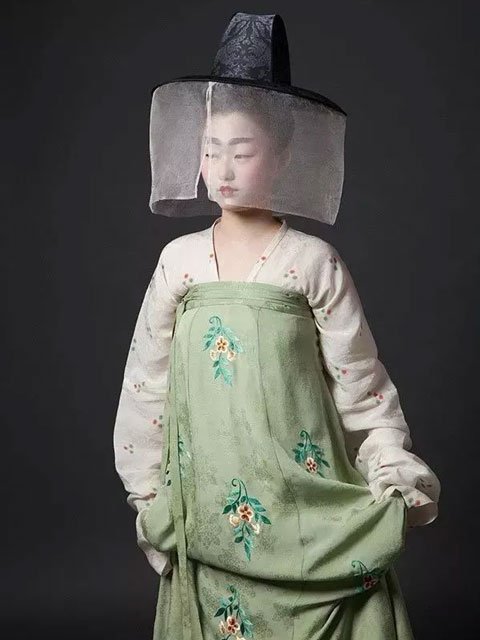 Tang dynasty women's Hanfu, from the hat to clothing are fully fit. 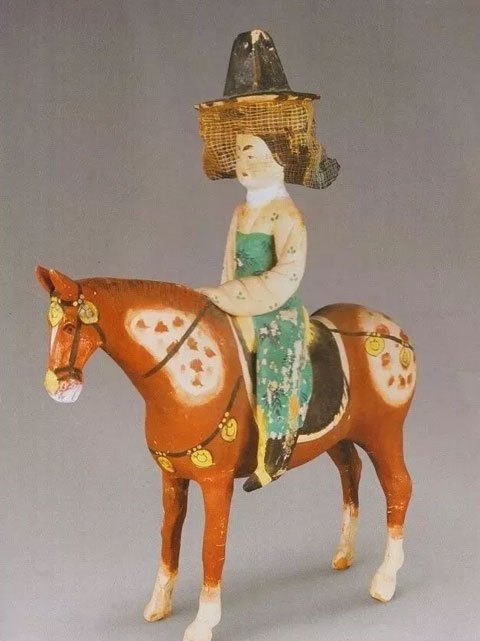 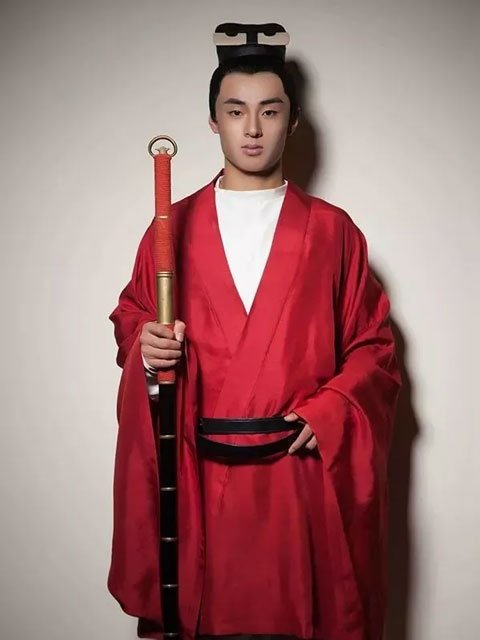 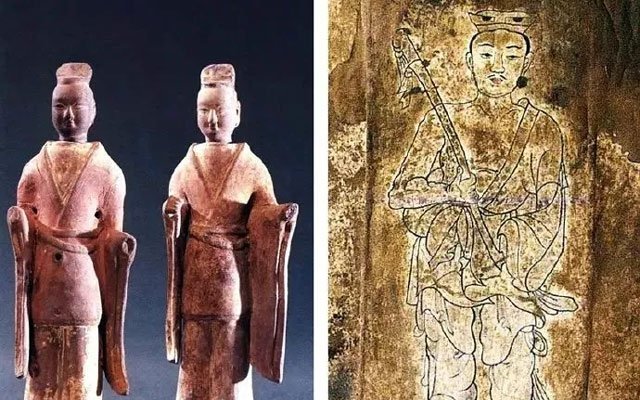 This group of young people present the clothes that have faded out of history to the public again. After years of efforts, they have also developed from a Hanfu hobby group to the most professional Chinese costume restoration team.

However, in modern society, there are still many misunderstandings about Hanfu. In order to let more people understand Hanfu, the restoration team promoted Hanfu in various ways. Liu Shuai, the founder of the team, said, "maybe our modern aesthetic concept makes us think that these restored costumes are very strange, but you can't deny that the historical sense flowing down from them is inspiring It's amazing. " 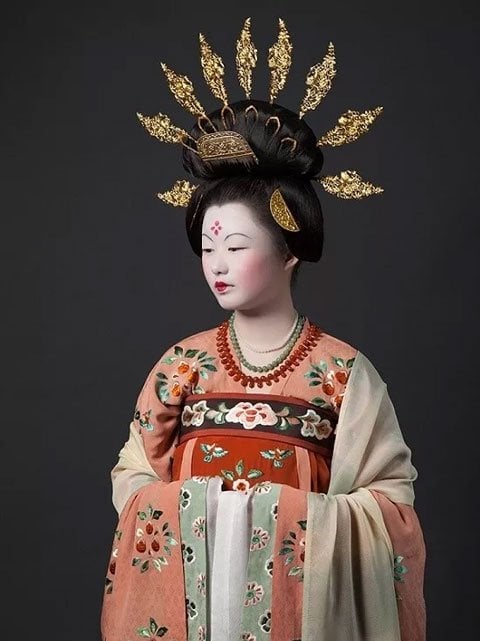 "The history of clothing is a history that we see and wear, and it is the most intuitive mirror that reflects social history," the team members said. What the team has to do is to try their best to keep the beauty of tradition.

The purpose of clothing is to wear it. Only when it is worn on people can it radiate its vitality. If clothing is always collected in a museum, it is a cultural relic. In the face of the changes in ancient and modern times, the aesthetic standards of Hanfu will inevitably change. "In ancient times, the standard was to dress neatly and beautifully. Now, I think that if the Han suit is in line with the traditional aesthetic and looks nice and tidy, then it's OK. " the team members said. 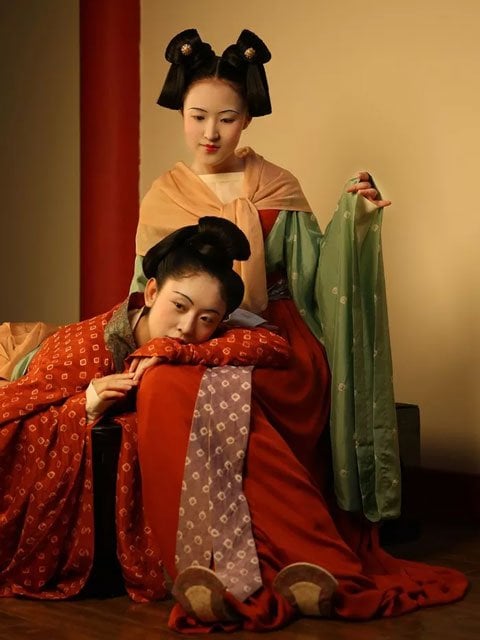