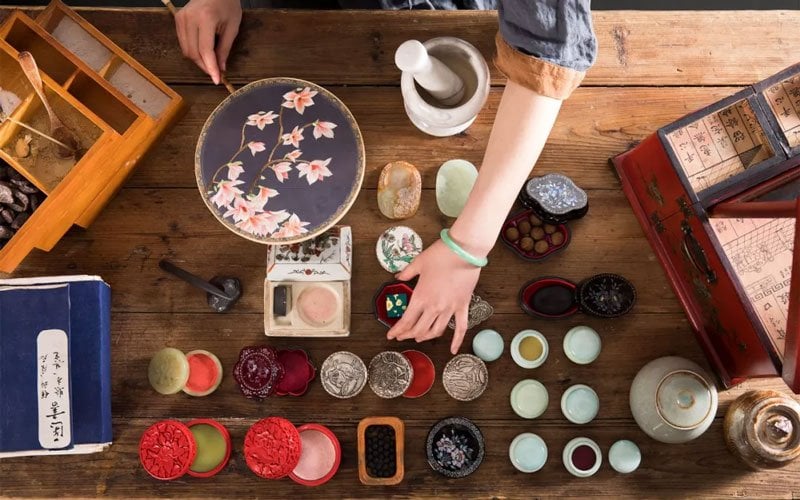 The history of Chinese women's make-up is very long. After the rotation of dynasties, the traditional Chinese makeup has changed with the development of the times, reflecting the changes in customs and thoughts in each era.

We will prepare a series of articles to introduce traditional Chinese makeup.

Throughout the ages, women have different ways and methods to make themselves more beautiful.

Compared with the modern, ancient women are more conservative and implicit, but they also have their own set of "secret weapons".

As early as in the cultural relics unearthed in the Warring States period, it can be seen from them that at that time, women had the habit of thrushing and use rouge.

That is to say, more than 2000 years ago in China, cosmetics had appeared. 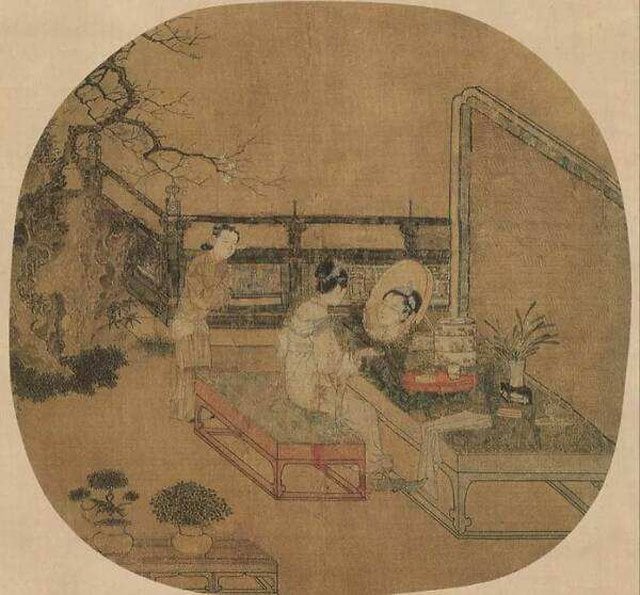 Of course, ancient China was an agricultural society, always in a state of self-sufficiency, and cosmetics were no exception.

At that time, cosmetics were mainly made of pure natural plant and animal oils, and some natural spices were added.

Therefore, compared with modern women, ancient women have fewer kinds of cosmetics. However, even so, they can not extinguish their enthusiasm and willingness to whitewash and dress up.

As early as the Shang Dynasty, in order to make their skin look white and delicate, people directly applied lead powder to the face, and it was the most common way of makeup at that time. "Sheng Nong's herbal classic" also mentions that women make up with lead and tin powder.

You should know that lead is highly toxic and does great harm to the skin, which is why ancient poetry always laments that beauty is easily lost. 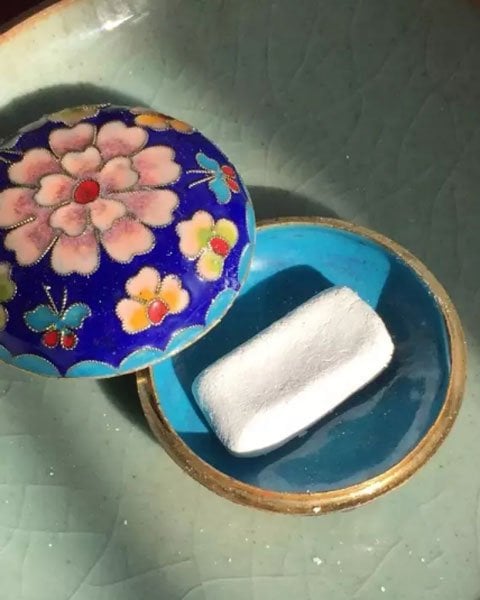 In fact, as early as before the lead powder, people still have relatively safe base makeup products, the earliest use of rice powder is made by the rice.

"Qimin Yaoshu (齐民要术)" also records the method of making rice powder in detail. The selection of rice is exquisite. It is not directly used after grinding into a fine powder, but also processed, soaked in cold water, fermented and rotted, then cleaned and drained, then exposed to the sun, and finally used for makeup.

However, the adhesion of rice powder is not good, and it is easy to fall off once it moves, so it is quickly eliminated by the later lead powder.

Compared with modern times, ancient make-up is not so elaborate and simple. It can be generalized into three categories: blush, eyebrows, lipstick. 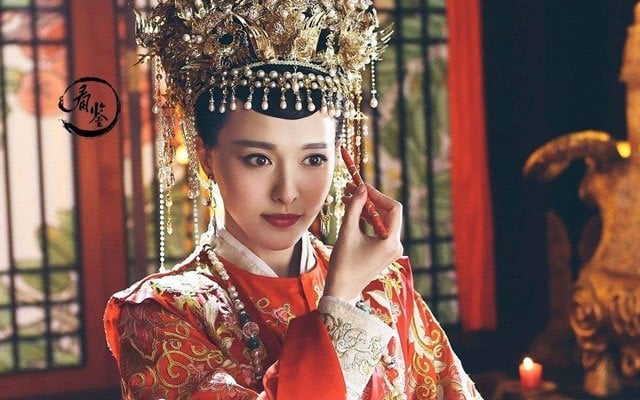 Blush also has a beautiful name in ancient times called Yanzhi (胭脂, rouge). Rouge is a kind of cosmetics made from a kind of flower named "Hong Lan" as the main raw material after being mixed.

After the Huns were introduced into the Central Plains, the production of rouge was not only limited to plants, but also added with oil, animal bone marrow, etc. to make its texture more viscous, forming a state of lipstick to adapt to different needs. Since then, the use of rouge has become more abundant. 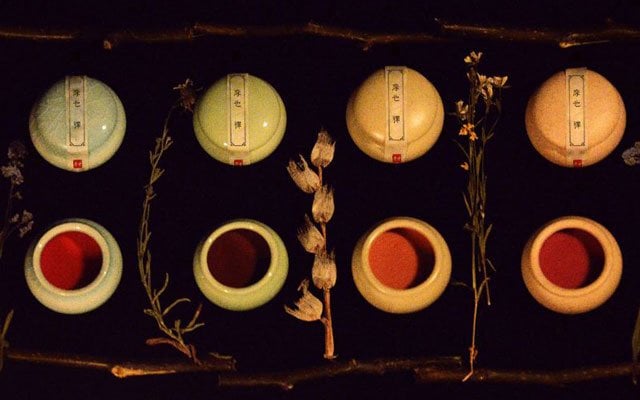 Lipstick is a popular aesthetic fashion product since the pre-Qin Dynasty. But in ancient times, it was called Chun Zhi (唇脂), or Kou Zhi (口脂).

In ancient times, the color of lipstick was mostly red, which could make the color of lips more gorgeous, make people look better, more youthful and energetic. Therefore, it was deeply loved by ancient women.

The painting methods of the female lip make-up in the past dynasties are different, but they can't escape the similar aesthetics, that is, the smaller the lips, the better. 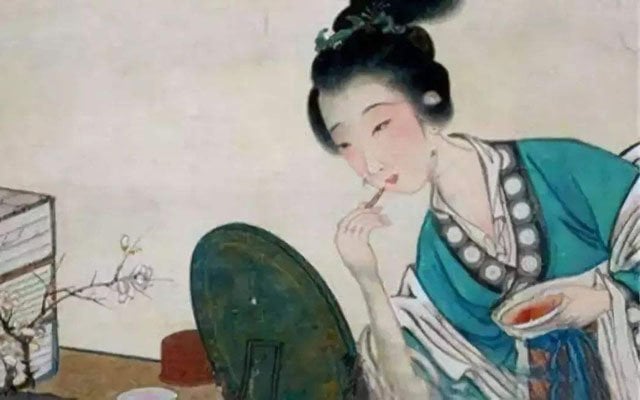 Eyebrow painting began in the Warring States period, but the tools for eyebrow painting did not appear at that time. The beauty-loving women used burnt willow branches as eyebrow pens.

Later, "Dai (黛)" appeared. It is a kind of mineral with a dark blue color. Before use, Dai must be put on the stone inkstone and ground into powder shape. Then, add water to mix.

In the Han Dynasty, it became more common and common to decorate the eyebrows, and it also derived a new aesthetic. The more women drew eyebrows, the better they looked.

In a word, there are many ways to draw eyebrows in ancient times. It can also be seen from this that the ancient people were keen on drawing eyebrows at that time. 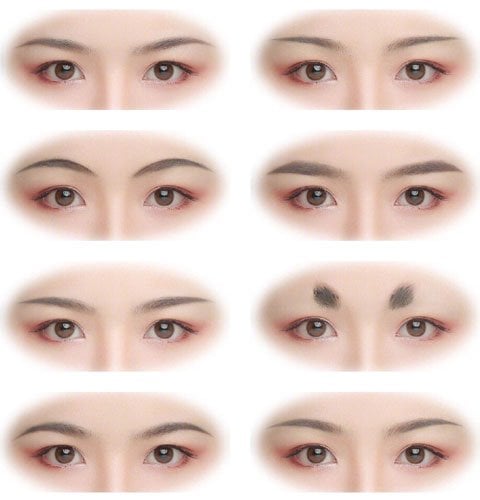 The aesthetic of the ancients is different from that of us now, and the modern popular makeup is also different from traditional Chinese makeup, but what is unchangeable is the heart that human beings have been pursuing good things for thousands of years.

How Did Men Makeup in Ancient China?

Details of the history of makeup in various ancient Chinese dynasties: