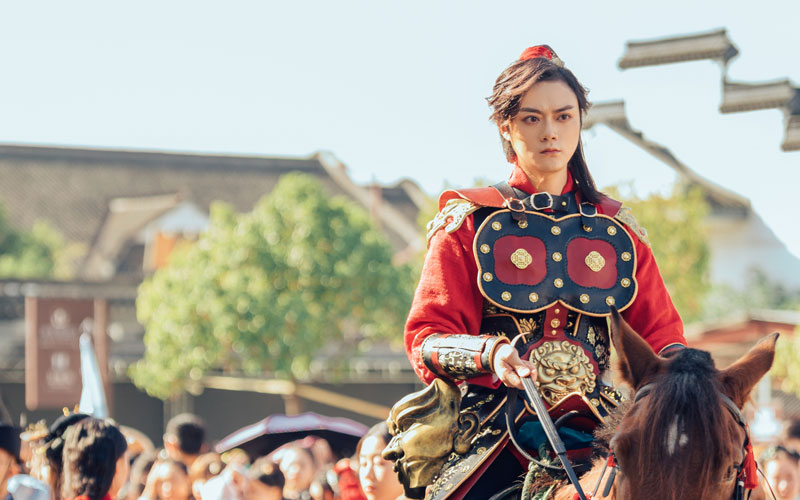 From Hanfu photographer to Hanfu KOL, let's hear what changes the Hanfu has brought to Fengfeng‘s life.

At 7:28 a.m. on October 4, Fengfeng (风疯) posted a social media update with a picture of an airline ticket, departing from Chengdu with the destination of Changzhou, Jiangsu province. Just the day before, on the afternoon of October 3, he had just participated in a well-known runway show in the Hanfu-themed pavilion of the 2020 IGS-Chengdu (International) Digital Entertainment Expo in Chengdu. 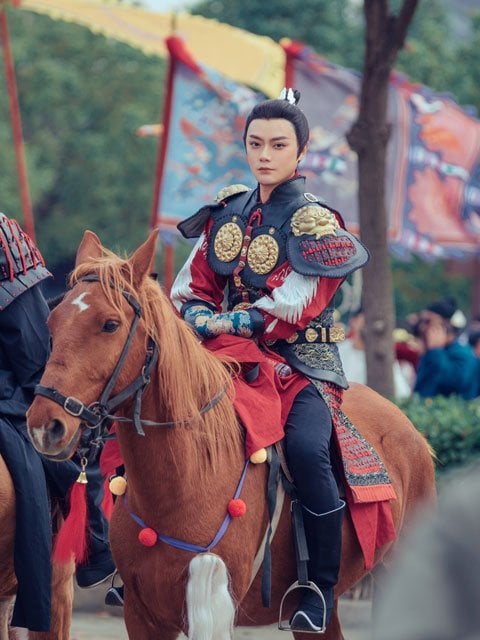 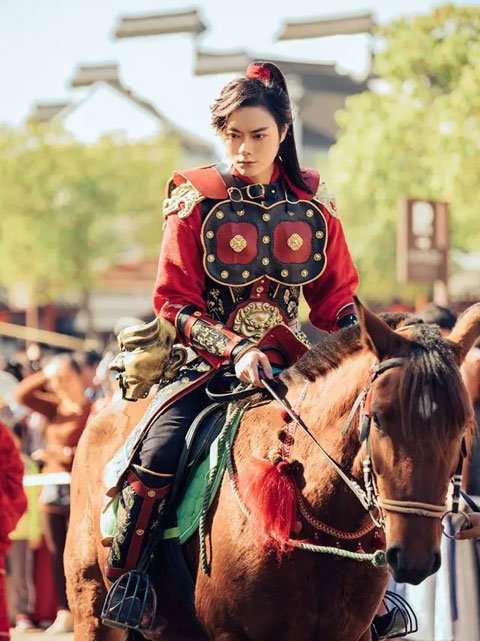 "Feeling a little overwhelmed with my body." He laughs, but on the other hand, it shows that Hanfu is becoming more and more accepted and loved. "Nowadays, a lot of Hanfu societies are organizing large Hanfu events, and there are actually more and more models, businesses and fans of Hanfu, which I think is a good promotion for the development of Hanfu." The Hanfu KOL, who has been in contact with Hanfu for seven years and is known as the most handsome "Prince of Lanling", said.

His name, "Fengfeng (风疯)", is also related to Hanfu, "Nothing short of obsession will bring you success on the stage", revealing his deep, persistent, and dedicated love for Hanfu.

From Hanfu Photographer to Hanfu KOL

Fengfeng's connection with Chinese Hanfu clothing is quite interesting. It was a photoshoot of Hanfu merchandise in 2013, and he was the Hanfu photographer. At that time, most people who liked Hanfu were women, and it was easy to find models for women's shoots, but it was hard to find the right model for men's Hanfu.

"Try it myself." With this mentality in mind, this photographer modeled himself and took a few sets of photos for the business. Surprisingly the feedback was very good, "That was the first time I wore Chinese clothing, and it turned out that the Hanfu is so beautiful, dignified, and elegant." 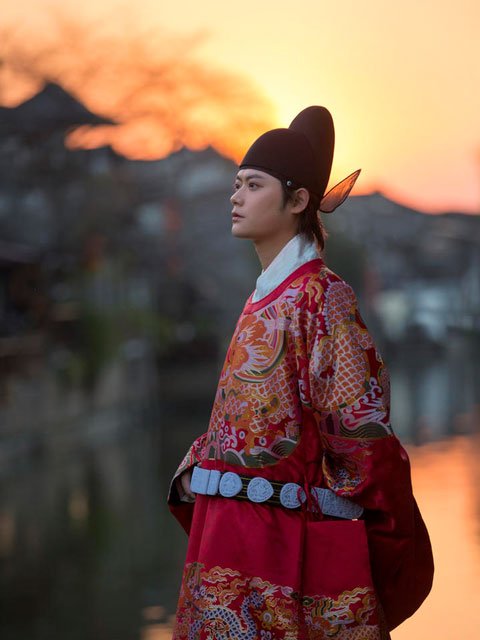 In fact, the seeds of Fengfeng's love for Hanfu were planted long ago: "Who didn't have a martial arts dream as a child?". When Fengfeng was a child watching costume dramas, he fantasized that he was the character in the drama, wrapped in a sheet as robes of war, can travel the world with a sword. But after he really came into contact with the Chinese traditional costume, he found that there were so much culture and delicacy behind the costume, "It's not just the costume, it's a cultural heritage." 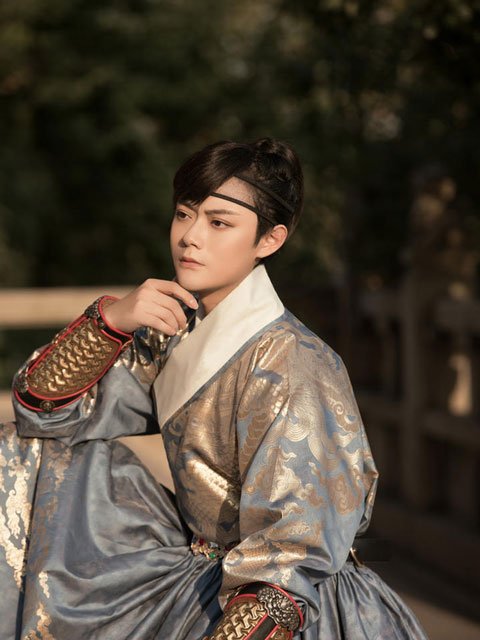 After a few years of exposure to Hanfu, Fengfeng found himself changing, "Hanfu is refined and elegant, and when he wears it, he begins to try to pay attention to his words and actions to improve his temperament, as well as urging himself to learn more about traditional culture."

The beauty of the Hanfu shocked Fengfeng, and he wanted to share that beauty with those around him. Last year, for his best friend's birthday, he gave a beautiful set of Hanfu; he also appreciated his family's support for his hobby and took a family photo in Hanfu together.

The heat of Hanfu is rising continuously. Hanfu costume events, big or small, are springing up all over the country. In some cities, even communities also hold Hanfu events. From last year to this year, Fengfeng has been invited to many events. He's also started to be an adjudicator at Hanfu events. "I've been an adjudicator for about five or six times now. As a model myself, I can give some advice to the runway contestants, and I can learn new things from other people's runway shows to make my own walk better." 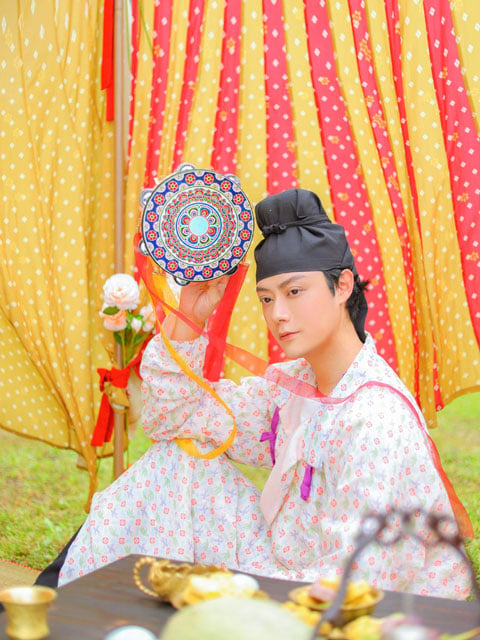 Once, going out in Hanfu would be recognized as a kimono or would be thought of as cosplay, but now people are becoming more and more aware of Hanfu, "I used to encounter strange looks sometimes, but now it's rare." You can also see young people in Hanfu everywhere on the street. "Wearing Hanfu" is gradually becoming a trendy symbol. 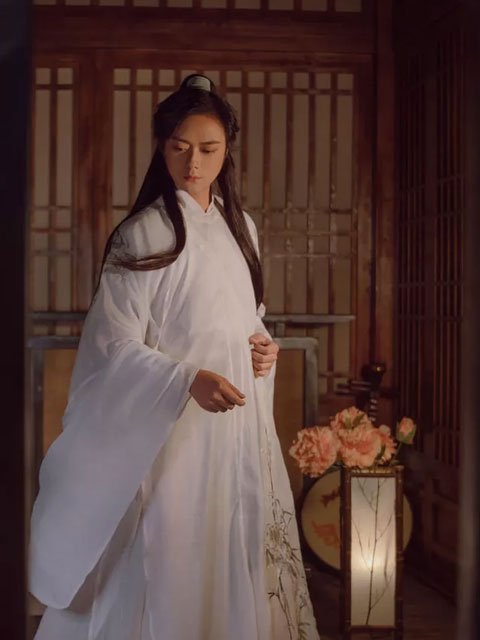 He treasures his image and reputation within the Hanfu community over the years. The future focus will also lean on brand design, promotion, and building.