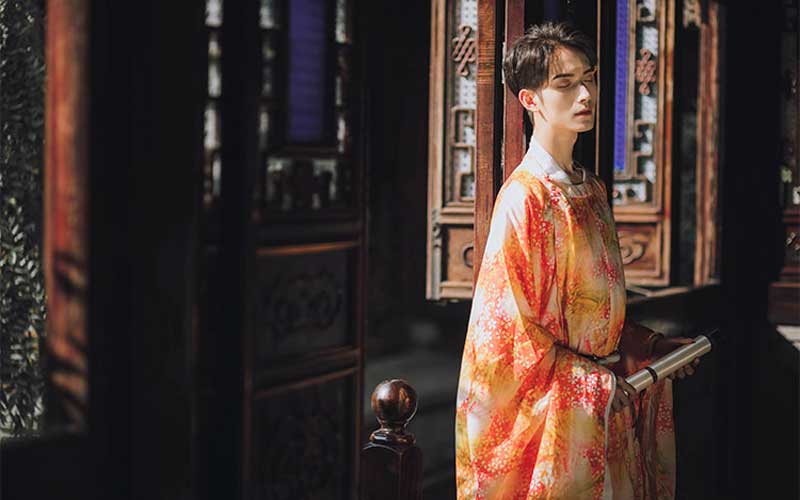 Nowadays, it's common for boys to wear traditional Chinese clothes, but compared with girls' styles, Chinese men's costume styles are much less, but once boys wear Hanfu, Zhongshan suits, or other male Chinese style clothes, they will become irresistible.

Today, I'd like to bring you 4 popular male traditional Chinese clothing styles and precautions when wearing.

Round collar robes first appeared in the Shang Dynasty, one of the male traditional Chinese clothing. After the Wei, Jin and Southern and Northern Dynasties, the round collar robes began to actively absorb the characteristics of minority men costumes, but at the same time, they did not lose the original characteristics of the Han nationality. The Northern Wei Dynasty, founded by Xianbei people, began to dress as formal clothes and was popular from Sui and Tang Dynasties to the end of the Ming Dynasty. 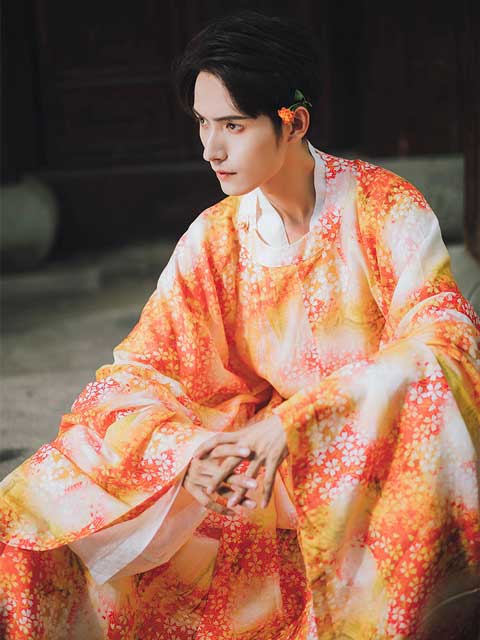 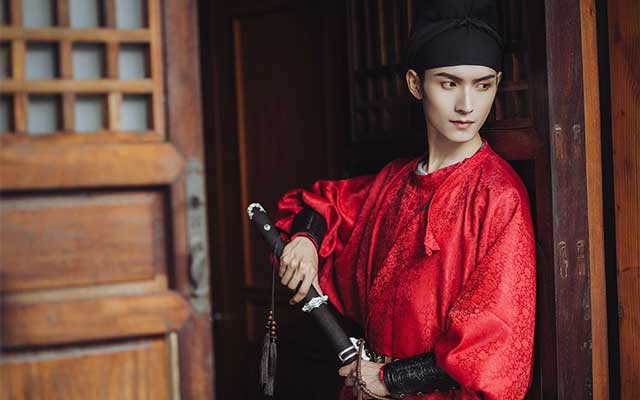 it's the coat of men's home in the Ming Dynasty. It's characterized by a straight collar and big Jin (襟), with a slit on both sides and hidden Bai (the cloth strip added to prevent the underwear from being exposed at the clothes fork when walking.). It's one of the most distinctive traditional men costumes of Han nationality. 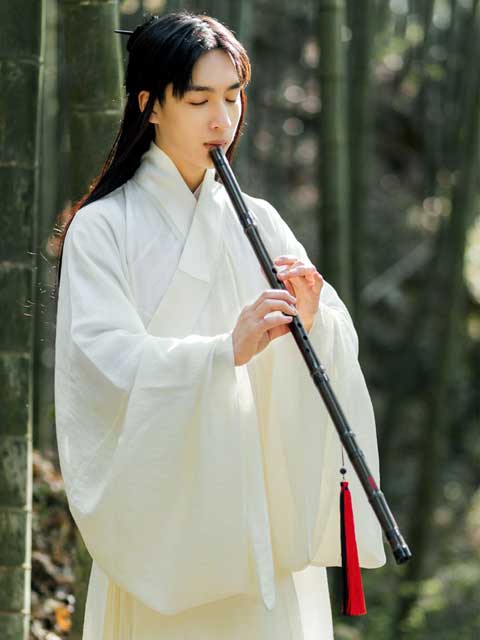 "Pifeng (cape)" began to be popular in the Ming Dynasty. It was the first men's clothing, and later women would wear it. Pifeng is still used in Chinese opera performances. It is a rare large range of men's and women's clothing. 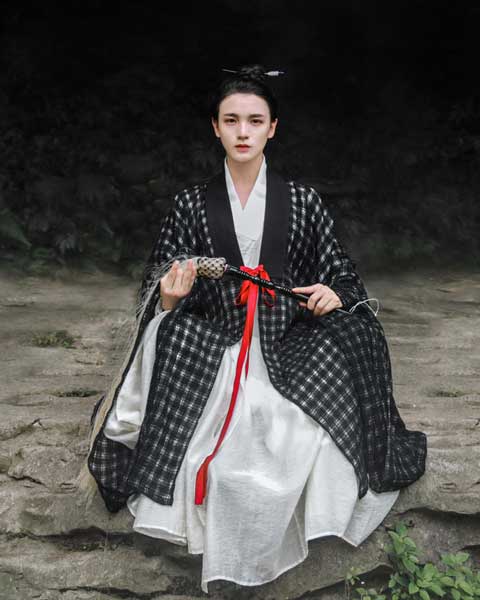 Feiyu Fu is a kind of robe with a Feiyu pattern (a kind of pattern). In the Ming Dynasty, officials were allowed to wear flying fish suit for banquet only when they had a certain grade. Later, it gradually developed into official clothes, mainly worn by Jinyi Wei (royal guards). Feiyu Fu is also one of the representatives of male traditional Chinese clothing. People like the exquisite design very much. 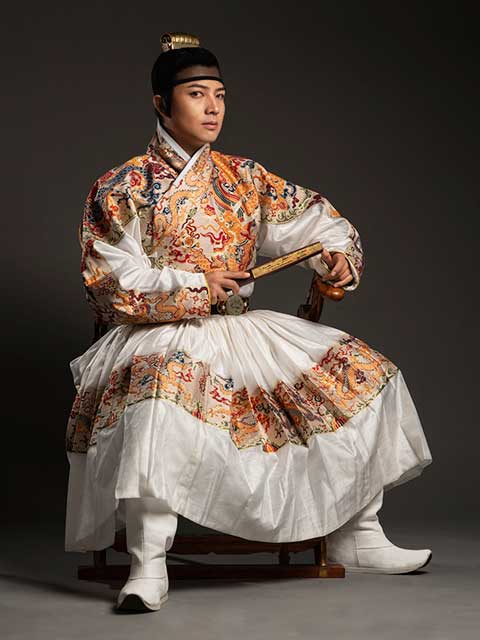 In fact, both fashion and Hanfu should pay attention to fabric texture. It affects people's first impressions of you. Therefore, it is suggested that when choosing men's Hanfu, we should select the right fabric with texture within our budget.

In the common styles of men's Hanfu, in addition to simple black, white and gray, it is a good choice to look more calm and elegant in dark colors, such as dark blue, dark red, and so on. If you prefer light colors, you should choose light colors with lower saturation, such as pea-green, gray-blue, etc. In addition, the color of the whole body is better not to exceed 3 kinds. It's easier to wear with the same color department to get a high-level feeling.

Of course, if it is a Feiyu Fu, the color selection is not so strict. With the appropriate leather belt, sword, and other accessories, it can look more chivalrous. 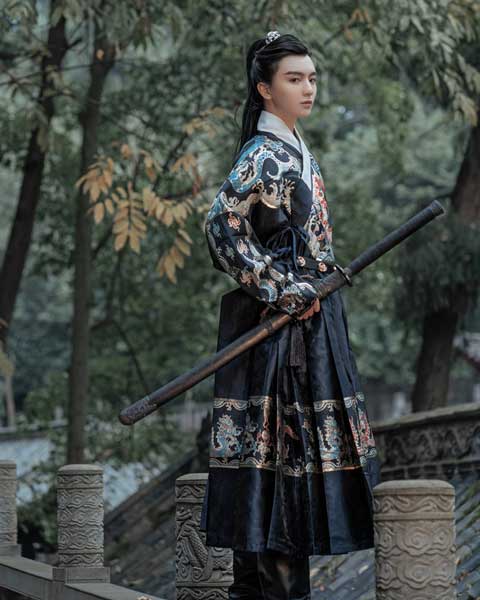 Now many styles of Hanfu pursue complicated embroidery, such as various flowers and plants, cloud patterns, etc. For boys, too gorgeous large area embroidery will become too cumbersome. Choose the embroidery such as cloud pattern and pine crane, to embellish slightly, which can make the temperament more clean and elegant. 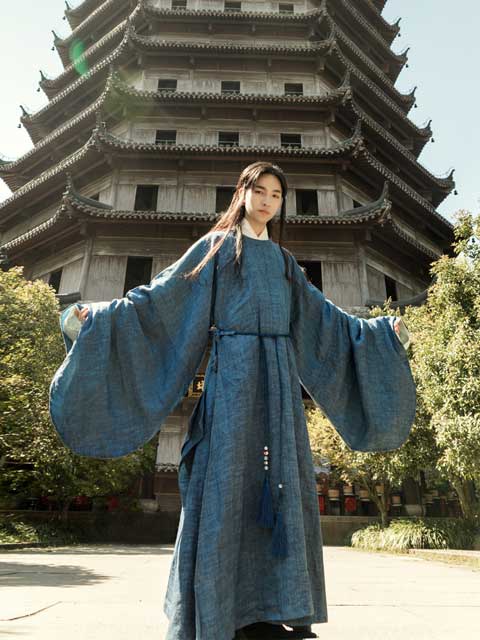 Waistline position: some Hanfu businesses will make the same style for men and women. Although both men and women can wear it, they also need to pay attention to details such as waistline position. When girls wear Hanfu, they often wear skirts at the place with the thinnest waist, but boys can put the waistline down a little. 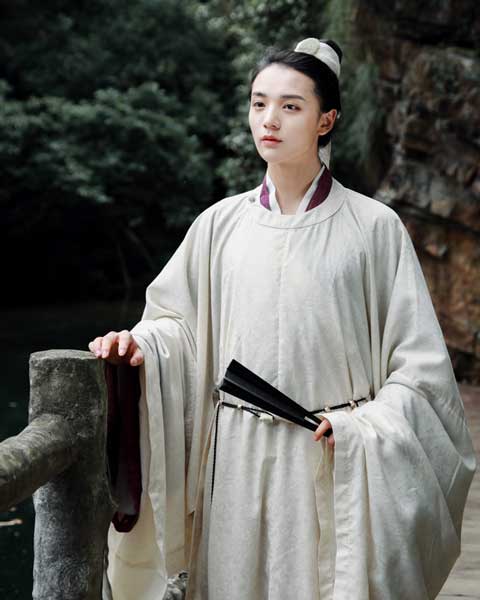 Of course, there are more male traditional Chinese clothing styles. If you want to know more detail, you can leave a message to share with me.

Creative License: The article is the author original, udner (CC BY-NC-SA 4.0) Copyright License. Share & Quote this post or content, please Add Link to this Post URL in your page. Respect the original work is the best support for the creator, thank you!
Men Hanfu
Related