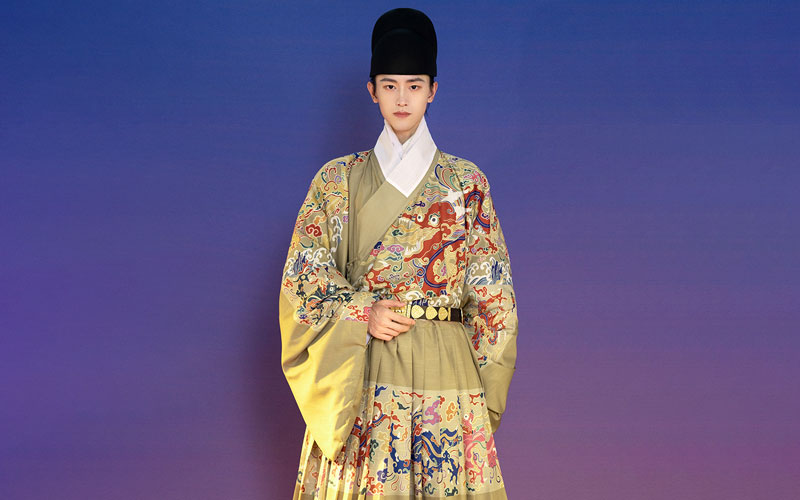 Feiyufu (飞鱼服) first became known to the public because of the "New Dragon Gate Inn (新龙门客栈)", "Flying Swords of Dragon Gate (龙门飞甲)", "Brotherhood of Blades (绣春刀)" and other martial arts film works about the Jin Yi Wei (锦衣卫, Embroidered Uniform Guard) appeared one after another. 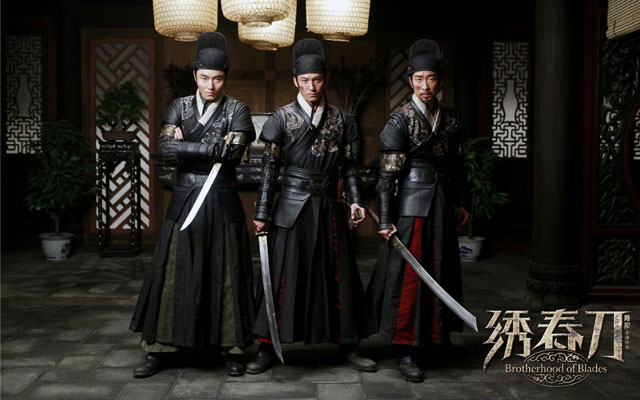 The look of a handsome black leather Feiyufu of the Jin Yi Wei undoubtedly attracted the attention of many people. As Feiyufu became more and more famous, it almost became the representative of the Ming Dynasty official uniform in the general public's mind. So what exactly is Feiyufu and did every Jin Yi Wei in history get to wear it?

In this article, we will introduce the history of Feiyufu and the origin of Jin Yi Wei, hope it will be helpful to you.

The name Feiyufu does not refer to a specific style of hanfu, but all hanfu decorated with Feiyu embroidery or Feiyu Buzi (补子, Mandarin square) are called Feiyufu, which only limits the style of the pattern, not the style of the clothing. 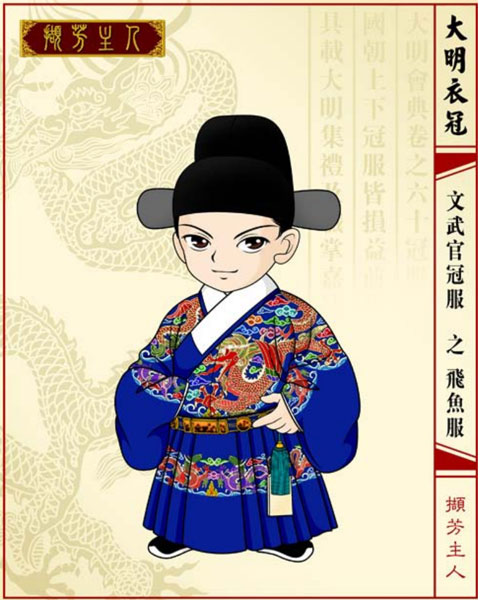 But the Feiyu pattern does not appear in the official's Buzi, because it is not part of the official uniform system. Feiyufu belongs to Ci Fu (赐服, the emperor's reward), a kind of special canon. 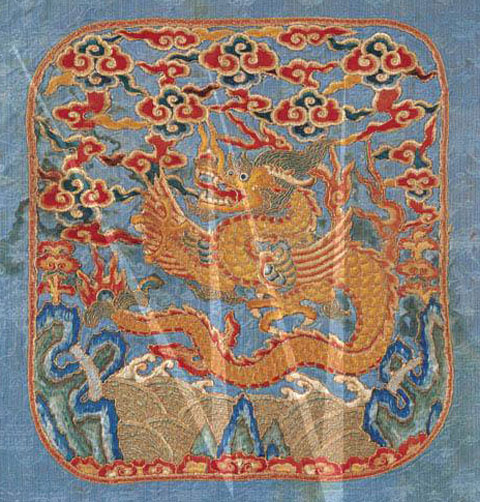 Feiyu pattern has special meaning in ancient history: Feiyu, the legendary ancient beast, according to the "Shanhaijing": "Its shape is similar to that of a pig, with red markings on its body, and after consuming its meat, not afraid of thunder and can also protect itself from weapons."

In the Ming Dynasty Ci Fu system, the pattern of the highest level for the Mang (蟒, python), the second is the Feiyu, and the Douniu (斗牛), Qilin (麒麟, unicorn), so the corresponding clothing is called: Mangfu, Feiyufu, Douniufu, Qilinfu.

About the difference of these patterns, please check the third part of this robe history article:

However, there is no specific hanfu style for these costumes and patterns, they may be the Buzi on the dignified round-necked robe or Zhishen robe, or the patterns embroidered on the heroic and dashing Yisan and Tieli. 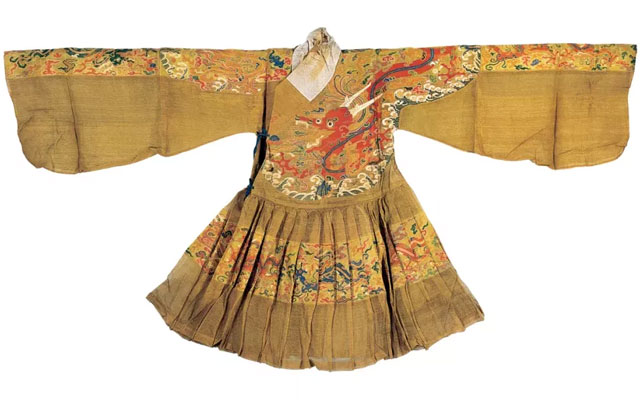 The Kong Family Mansion in Qufu, Shandong Province, has several Ming Dynasty Ci Fu in its collection, including this tea-brown Feiyufu, which is in the form of "Tieli".

In recent years, with the wide circulation of Feiyufu in the collection of the Kong Family Mansion on the Internet, Yisan, Tieli, and Feiyu pattern have become the best partners, and many people often find it difficult to distinguish between them, and it is easily recognized Yisan and Tieli with other embroidery patterns as "Feiyufu".

Who can wear the Feiyufu?

Feiyufu was worn in the Ming Dynasty in two cases. 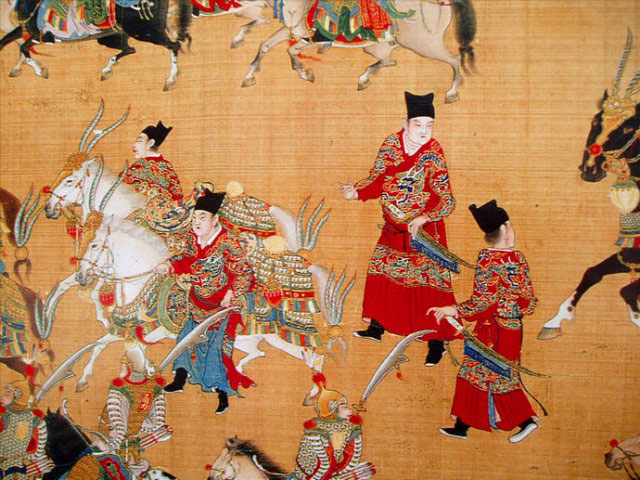 In addition to collecting military intelligence, reconnoiter and arrest functions, Jin Yi Wei also has the function of guards and ceremonial, due to these special properties, they wear relatively large authority to dress. 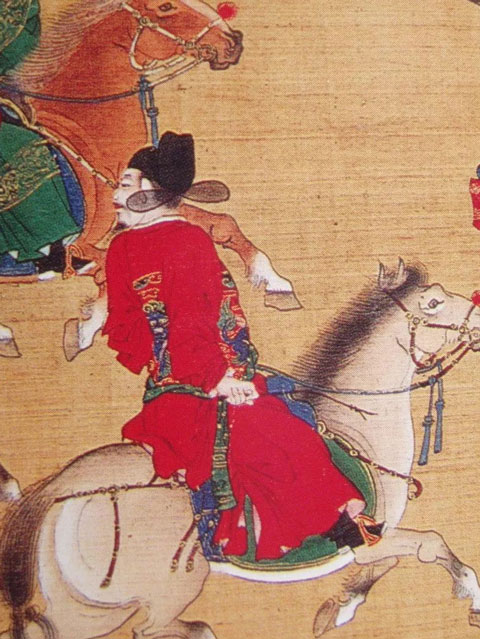 The above mentioned is the normal situation, but! Although there was a system of official uniforms and Ci Fu uniforms in the Ming Dynasty explicitly, it was very confusing in practice. More than once, there were records of Buzi being used beyond their rank and misused in historical records.

By the middle and late Ming Dynasty, like the Mangfu, Feiyufu, these seemingly noble clothes were not only abused among officials, but even the common people began to imitate them.

In addition, Feiyufu was not only a costume for men, it was also frequently seen in the portraits of women in the Ming Dynasty. Most of the styles are round-necked robe, while there are also cross-necked robe, cross-necked Aoqun, stand collar robe, and other various forms. 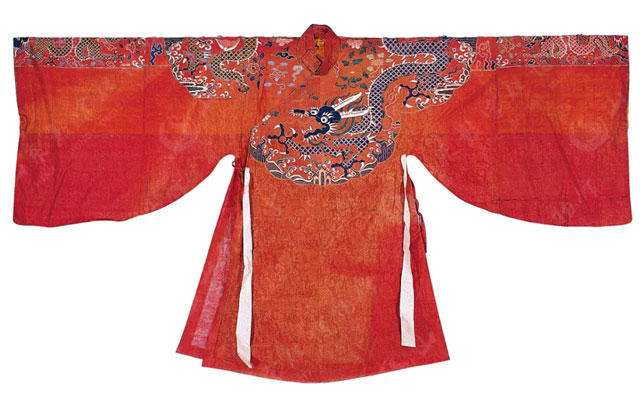 At first, these clothes are mainly noblewomen (with the title) wearing, by the middle and late Ming dynasty, like Mang, Feiyu and other patterns more and more frequently appear in the general women's clothing, even ordinary girls getting married, will also wear a phoenix crown, wearing "Cifu", shoulders set Xiapei (霞帔). 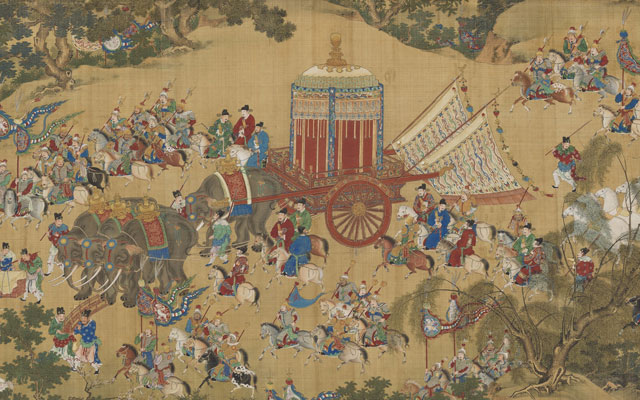 Influenced by film and television works, many people think of the Jin Yi Wei as a purely "secret service agency", each with high martial arts skills, but this is not exactly the case.

In the early days of the Ming Dynasty, Zhu Yuan Zhang did have strict selection criteria, and the officials of the Jin Yi Wei were to be chosen from among the good people who were strong and had no bad records.

However, as time went on, the selection criteria were no longer strict, and some people who liked flattery and power, as well as noblemen gradually occupied the upper official positions of the Jin Yi Wei.

In addition, Jin Yi Wei needed to follow strictly the emperor's dispatch, and they could only capture and interrogate prisoners without going through the normal court procedures if the emperor ordered them to do so. 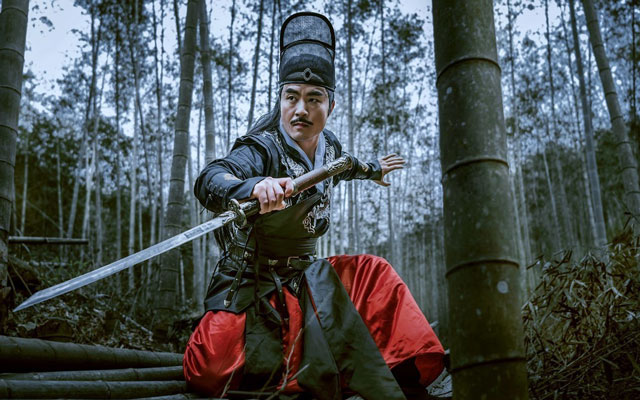 But they could not get around the necessary procedures. As mentioned in "Wanli Yehuo Pian", according to the system, the Jin Yi Wei had to have a Jia Tie (驾帖), which is the equivalent of today's arrest warrant, to arrest someone.

The reason why the Feiyufu is so beautifully made is also a direct result of the status of the Jin Yi Wei. The chief of the Jin Yi Wei, the "Commander", was a trusted confidant of the emperor and was of third-ranking official position. The other officials of the Jin Yi Wei were ranked from the fourth to the seventh grade.

The historical Feiyufu of Jin Yi Wei does not have black and silver color, which were red in ancient paintings, while the excavated objects, woven from yellow brocade. 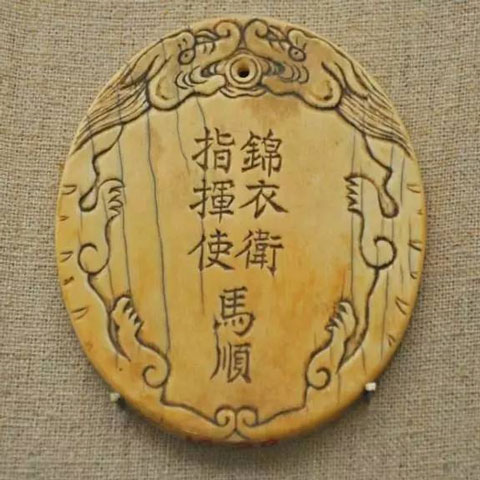 In fact, Jin Yi Wei was not distinguished from official positions by the color of the clothing, but by the accessory Ya Pai (牙牌).

In the earliest Sui and Tang dynasties, officials in addition to the official uniform, wearing Yu Dai (鱼袋). And in the Ming Dynasty, the Yu Dai was abolished and replaced with Ya Pai.

When it comes to Feiyufu, it is necessary to mention the Xiu Chun Dao (绣春刀). Compared with the Feiyufu, which has physical evidence, the Xiu Chun Dao is a bit mysterious. In fact, there are no reliable written records or excavated objects of what the real Xiu Chun Daoooks like, and the paintings that have been circulated are also few and far between.

The more reliable explanation is that Xiu Chun Dao was the collective name of the official knives issued by the court for use by the Jin Yi Wei, and its form may not be the only one. The use of many parcel-gilt and silver decorations gave it such an elegant name.

Due to the lack of data, most people's view is that the style of Xiu Chun Dao and the Ming Dynasty common waist knife is similar, but the blade is shorter than the general waist knife, and the whole body has curvature, easy to draw and guard the knife. In addition, wear Xiu Chun Dao is not exclusive to the Jin Yi Wei.

According to the "Da Ming Hui Dian", the Xiu Chun Dao may also be a ceremonial weapon used on special occasions such as ceremonies, trips, and sacrifices.

The above is the history of the Feiyufu, there is no denying that the Feiyufu is still very exquisite to this day, and has been enjoyed by hanfu lovers, not only because of the awesome appearance, but also to experience the heroic spirit of the ancient martial arts style.