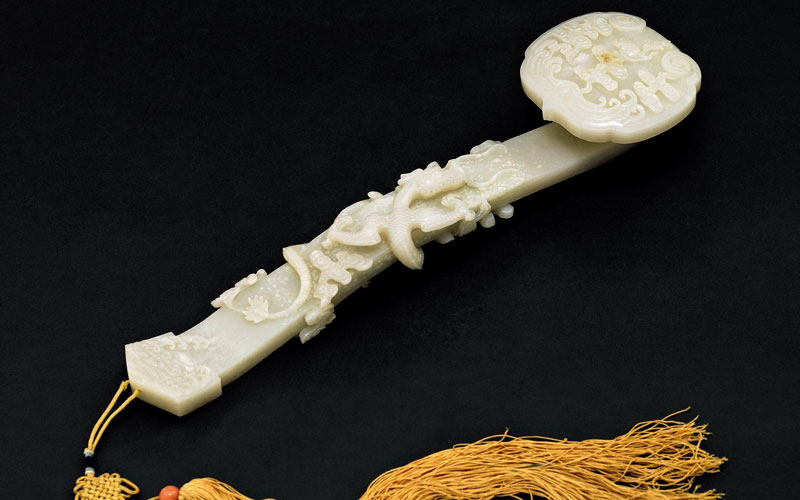 As a symbol of good fortune, Ruyi (如意, scepter) is a traditional handicraft unique to China that emerged during the Warring States period and has evolved in form and cultural connotation through the Han, Wei, and Jin dynasties, Tang, Song, and even Ming and Qing dynasties.

Interestingly, the initial function of the Ruyi is the same as the backscratcher we use today. Only later did it evolve from a practical tool to a beautiful display at a later stage. 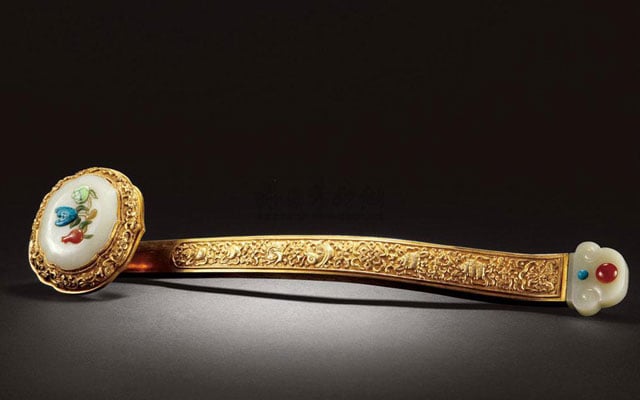 According to the National Palace Museum, Ruyi originated from the "Sao Zhang (搔杖)" (now called backscratcher) used by the ancients to scratch an itch. The earliest Ruyi, the end of the handle in the shape of a finger, to reach that the hand can not reach, so that can follow heart to relieve the itch, so-called Ruyi.

Later, the "Sao Zhang" was combined with "Hu (笏, referring to the hand board used by courtiers to record their business at court)", and the shape gradually evolved into a curved head, and the end of the handle changed from straight to small Lingzhi-shaped, cloud-shaped and other shapes. The head and tail echo each other, the main body is streamlined, the handle is slightly curved, and the shape is beautiful and gorgeous. 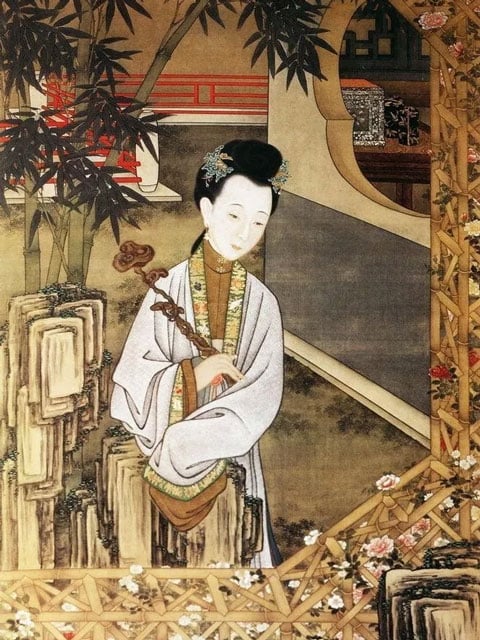 Evolution of the Ruyi

During the Wei, Jin, and North and South Dynasties, the shape of Ruyi was dominated by a flexed palm style at the head of the handle.

During the Tang Dynasty, it developed into a flattened body with the top bend evolving into the neck and the head of the handle in the shape of a three-valve scrolling cloud.

From the mural paintings of the Tang Dynasty and the heirloom relics, the statue of Bodhisattva holding Ruyi can be seen. According to another record, when the monk preached the sutra, he also held Ruyi and wrote down the sutra on it to be forgotten, which is called "Ruyi staff". 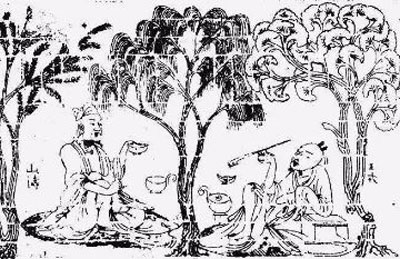 After the Southern Dynasty, the shape of Ruyi became larger and larger, and the materials used to make it became more and more elaborate, gradually becoming a kind of ornament for the noblemen and celebrities.

In the Qing Dynasty, the form of Ruyi was divided, one retaining its practical function and circulating among the people; the other emphasizing the auspicious meaning and evolving into a purely decorative treasure. As far as the art of carving is concerned, Ruyi had the highest achievement in terms of shape and production in the Qing Dynasty. 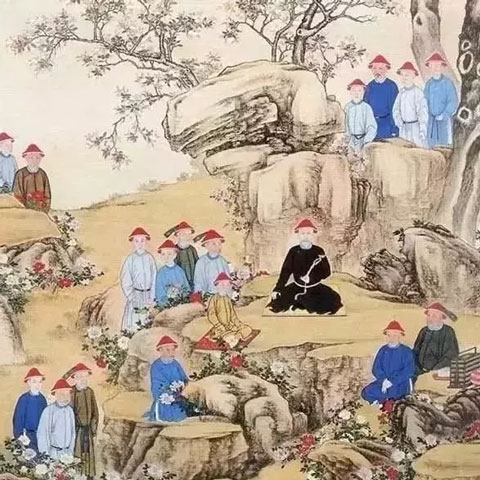 From the surviving palace paintings and collections, Ruyi was held in unprecedented esteem during the Qing Dynasty, especially by the emperor himself, making it reach its peak in both quantity and variety, and the most gorgeous Ruyi in the country were tributed to the palace, becoming the plaything of the emperor and concubines. 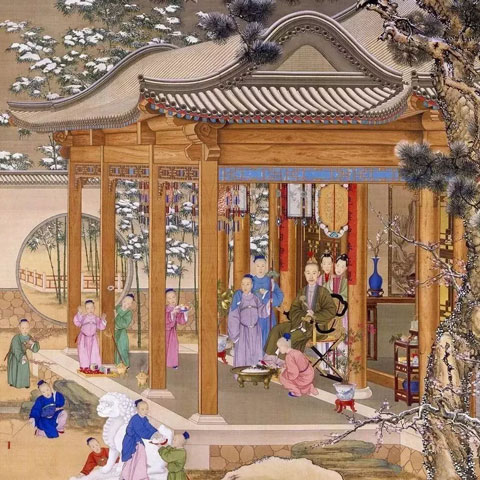 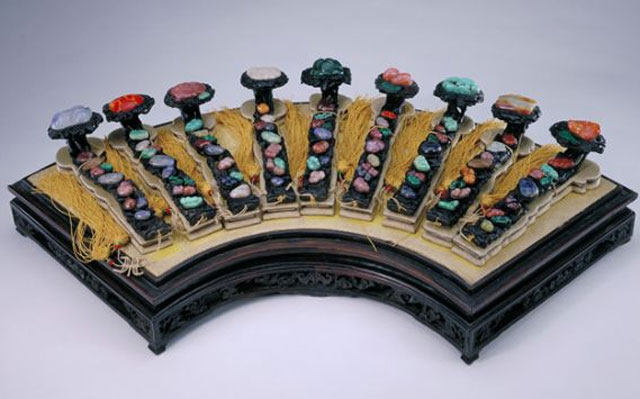 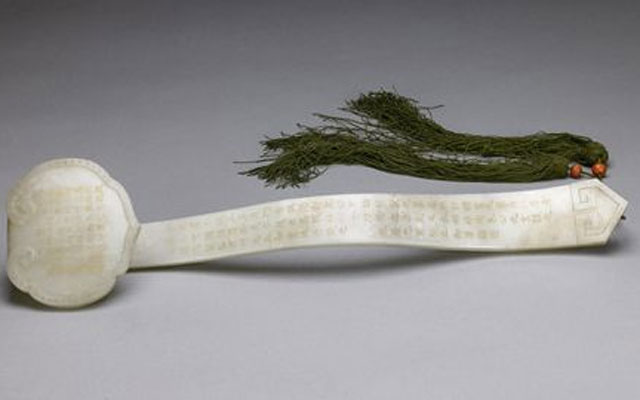 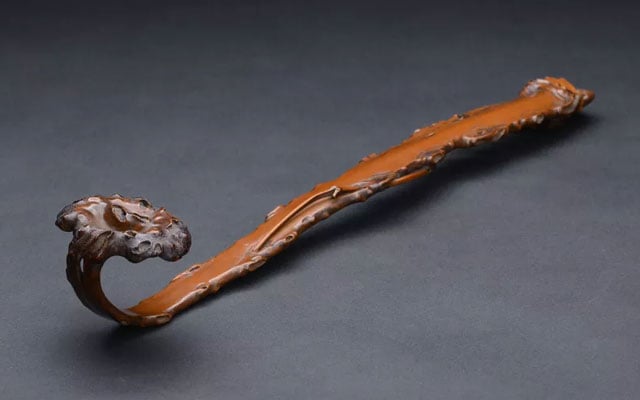 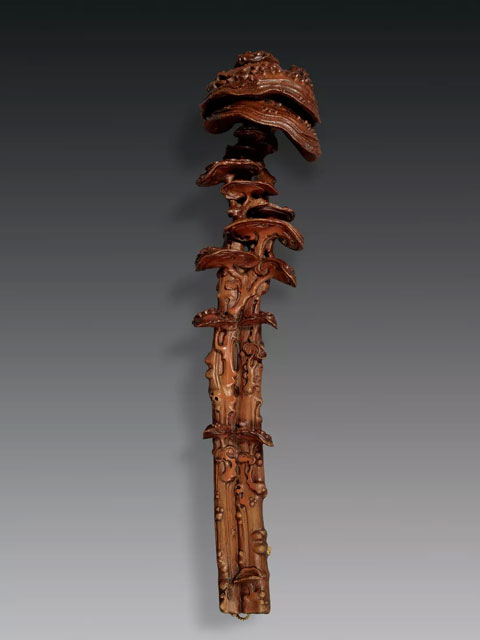 The meaning of Ruyi

Ruyi, as a traditional Chinese auspicious object, signifies that everything goes well and is auspicious. In ancient times, it was widely used by both the folk and the court. Before someone traveling, family and friends would ask him/her to bring a Ruyi to express good wishes. 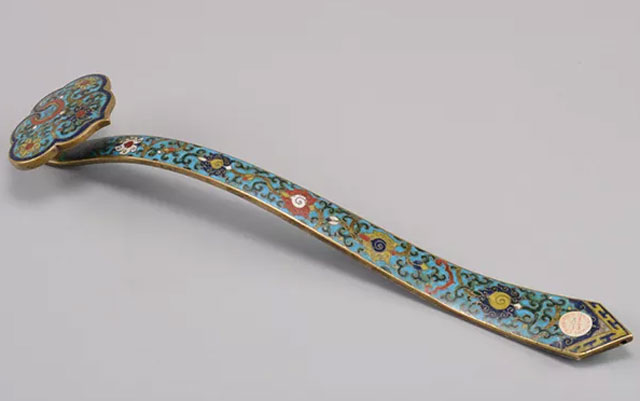 In the Qing Palace, at the Emperor's enthronement ceremony, the competent rituals under the presentation must be dedicated to a "Ruyi", to wish the government and people and the new political smooth; in the emperor and concubines have "Ruyi" in their bedrooms, to nourish the spirit, the sign of good fortune.

As you can see, a small Ruyi is a precious object that is a part of the court etiquette, civil interaction, and furnishing for enjoyment. It has been handed down from ancient times to the present day, and is an auspicious object for everything, and a symbol of Chinese traditional auspiciousness for a generation. 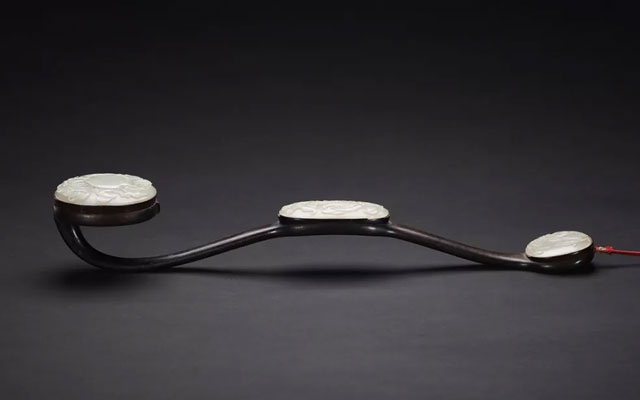 Ling
Creative License: The article is the author original, udner (CC BY-NC-SA 4.0) Copyright License. Share & Quote this post or content, please Add Link to this Post URL in your page. Respect the original work is the best support for the creator, thank you!
Hanfu Accessories
Related