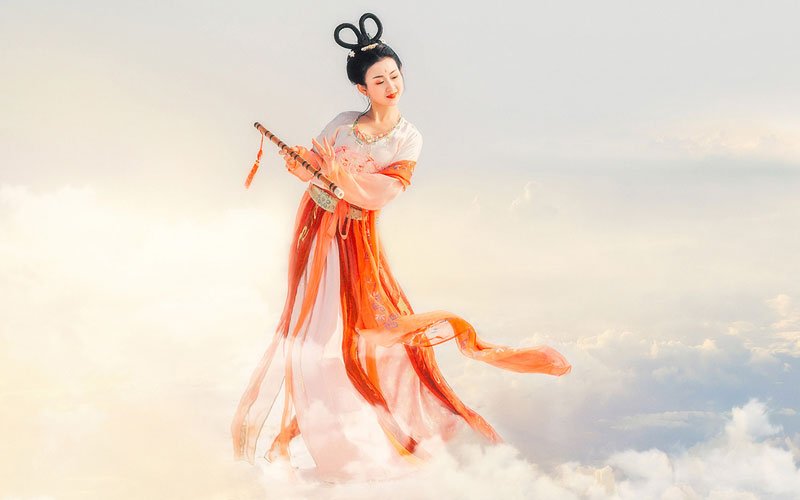 The traditional Chinese long dress is the symbol of Chinese nationality. Nowadays, we can see many kinds of China's style dresses with admirable textiles and delicate embroidery all around the world.

Actually, traditional European costume has similar dress patterns and a corset has been used to emphasize women’s bodyline. Both western and eastern outfits show the approach to how people and society perceive on dress and women.

As we know, each region's traditional costume is not only the dress to decorate on women’s body, but also to express the identity of their life and culture. 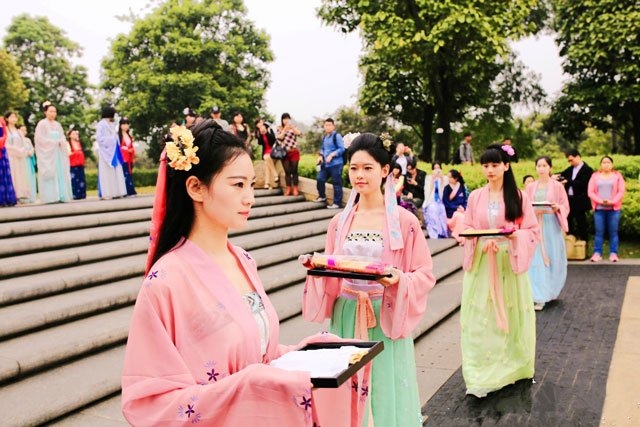 Browse the list of beautiful Chinese dress styles and find the one you love the most to add just a touch of luxury and fun to your every day. And hope you like it.

We should know that China has a long history. In fact, there are more than hundreds of styles of clothing in all periods, but don't worry, we will pick out the most popular dress styles for you.

The shenyi is a traditional Chinese dress literally "cover the whole body," which is the classic garment for both males and females. Traditionally, shenyi's fabric is very thick; in this case, the wearer could scarcely move. That's why when you see the women on ancient Chinese dramas, their movements are always slow and graceful. 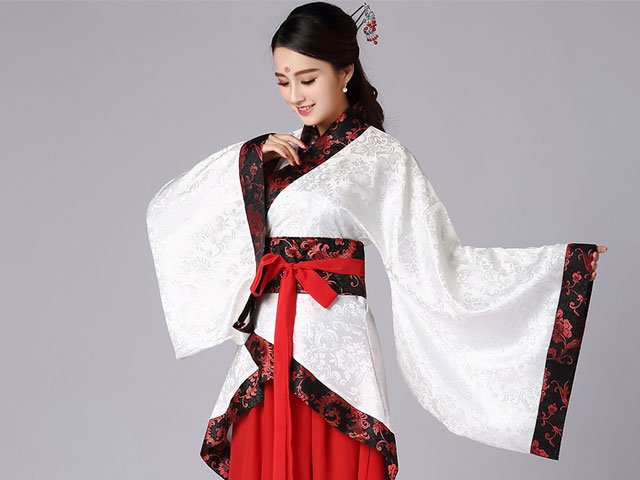 Shenyi clothing is not a one-piece cut. It requires cutting the top and bottom skirt in advance, then stitching the two together. The unrolled shenyi dress is usually very long, so wearing a shenyi is like rolling your quilt on your body. And shenyi clothing is fastened with a belt, which fits comfortably around the waist.

In reality, most shenyi are more intricate in structure than just described, having several additional layers. Outer shenyi for formal wear often have an interlining and a lining.

However, since the Tang dynasty, Shenyi dress has been replaced by other styles. So it's rarely worn in daily life except for important activities.

A popular Chinese traditional dress, which is usually made of light silk or cotton fabric, is known as ruqun. Both men and women love to wear this in summer as a casual garment. Compared with other types of Chinese long dress, ruqun hanfu are light thin, and it doesn't need much material, much easier to wear and maintain and are less expensive. 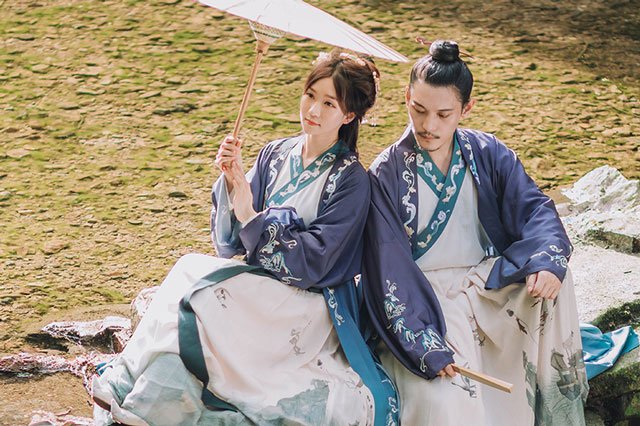 In ancient, ruqun were mostly made of dyed cloth, but today, a wide variety of colors and designs are available. The color, pattern, and style of this ruqun are dependent on the season and the event.

There's a sexy version specially made for actresses. Chest ruqun is worn by male performers, particularly in dances. Chest ruqun typically has a mini shirt, and the long skirt is tied at the bust with a silk belt. In the festivals, women wear it adorned with spectacular icons and glorious patterns.

It is also worn by entertainers who perform songs, dances and play the Guqin(a plucked seven-string Chinese musical instrument) for visitors during feasts. So chest ruqun was dressed as a performance uniform for dancer girls in the past. 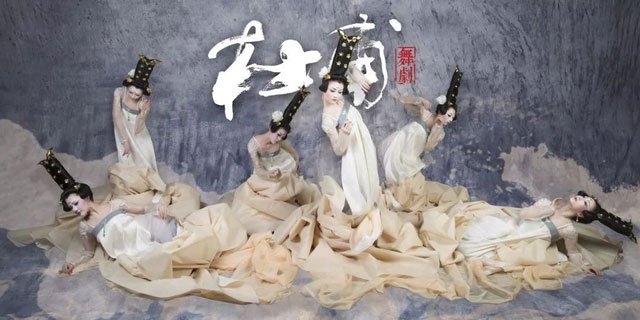 The silk of clothing is extremely thin and translucent, o when they are dancing, you even can see their sexy figure through the skirts.

Aoqun is another famous traditional Chinese costume particularly associated with the Ming dynasty women. It is not really a standard Chinese long dress, but a two-piece set with a long gown & bottom skirt. 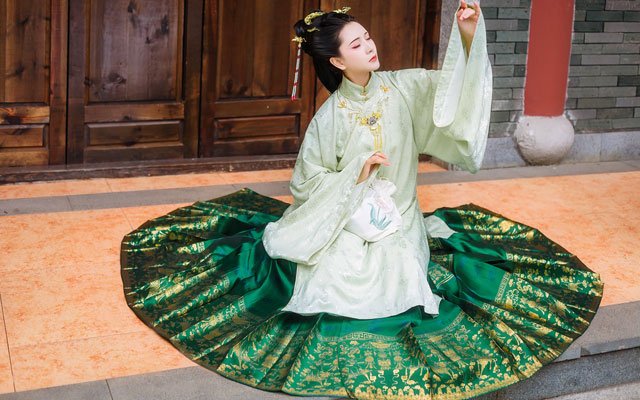 The long gown call Ao(a kind of robe or overcoat) has wide-loose sleeves, and its hemline is up to the knees. And the Qun means skirt, the aoqun's skirt is also named Horse-face skirt, which is tied at the waist and fall approximately to the ankles.

The design of aoqun is a reference to the Mongolian riding garment's style, the skirt with glittering bronzing fabric is worn under a big long robe. Commonly, this dress comes in gold, red-colored stiff, striped silk, and sometimes in little green, navy blue as well. 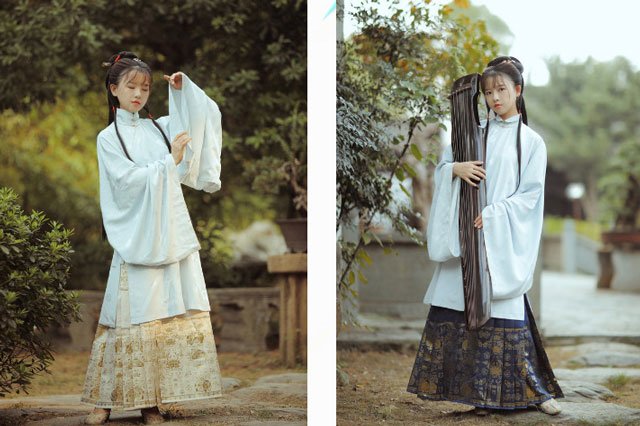 Aoqun set is typical formal attire for Chinese women. They will wear a delicate aoqun suit when they attend a traditional Chinese wedding or take part in the official public ceremonies.

Qipao is the cultural emblem for the old Shanghai City. The classic long qipao is a long sleeve Chinese dress with two side vents. Many early 20th-century cheongsam dresses are made of high-grade silk fabric, and the embroidery patterns are all handmade that was very expensive. 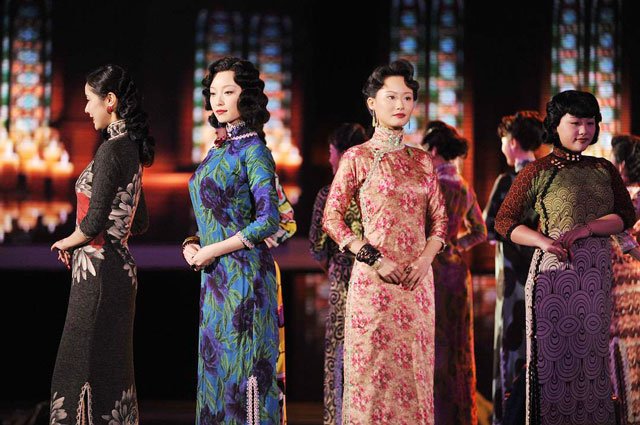 The introduction of mechanized spinning technology meant it was possible to use this new silk to create a beautiful, lustrous material that was durable, and relatively inexpensive. And patterned with chemical dyes using an innovative direct-dyeing technique, the smooth chiffon became the fabric of choice for women’s fashionable, casual qipao.

Qipao dress is a little more modern than traditional hanfu. It has more colorful patterns and adopts the tight & bold design to show off the perfect curvy figure for east Asian women. It is not only a party dress for Chinese women but can be worn in everyday life.

The cheongsam is a fashion dress worn by modern ladies who live in first-tier cities and are stylish, elegant, and noble city girls. 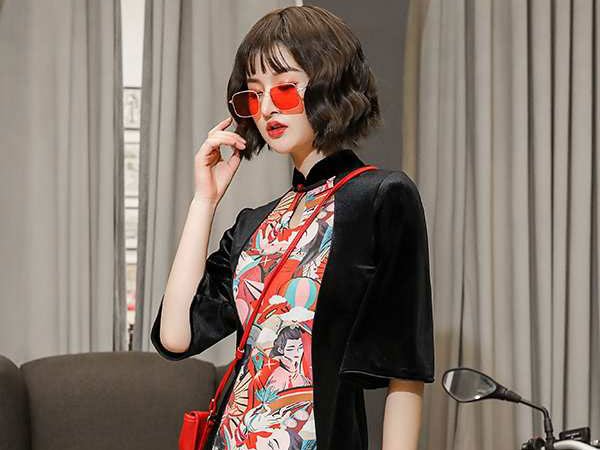 Modern qipao change styles every few months. They are usually gorgeous colors with beautiful flowers and other patterns associated with youth and femininity.

In modern times, the traditional Chinese costume has inspired many fashion designers to create new fashion. The rapid updating of dress styles were an important scale to indicate the fashion trend changes. Oriental style dresses are becoming more and more popular.

Not only that, the short videos with Chinese dress hashtags like #hanfu, #qipao has been played more than 10 billion times on social media such as TikTok and Weibo. To be honest, this is really, really crazy! 10 years ago, if you asked someone what hanfu dress is, almost no one knows the answer, but now it’s almost everywhere. 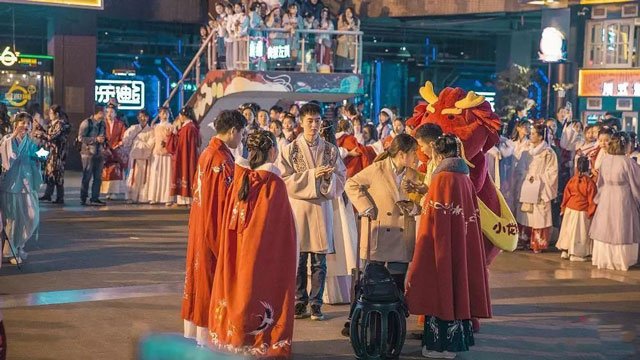