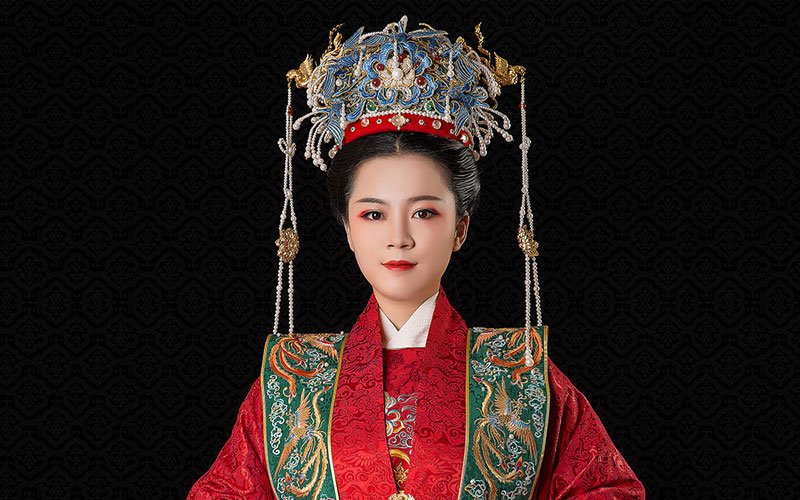 Fengguan is the most solemn headdress in the Ming Dynasty. It is famous for its Phoenix-like ornaments. Fengguan had taken shape in the Han Dynasty. According to the records of historical materials, when the Empress Dowager participated in the sacrificial activities, she would wear jade ornaments in the shape of Phoenix.

After the Han Dynasty, the headdress of Phoenix has been very popular. From the Song Dynasty, Fengguan was officially designated as the dress of Mingfu (命妇, women with titles in ancient times). When attending the important ceremony, Fengguan was needed. 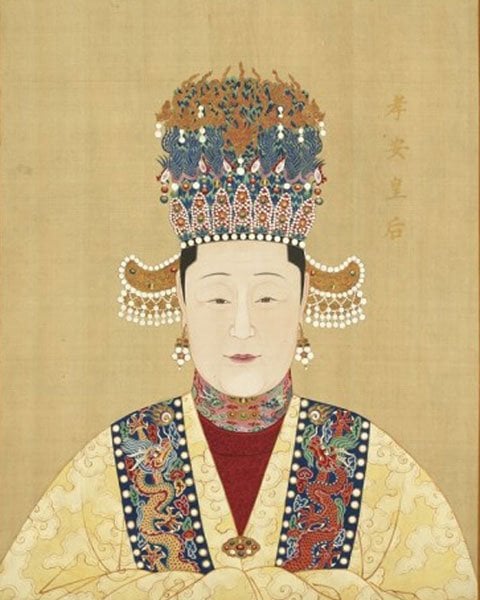 Apart from the dragon and phoenix, the gem is also an important part of Fengguan. According to the objects unearthed, the twelve dragon and nine phoenix crowns of the empress Xiaojing (孝靖皇后), including one hundred and twenty-one precious stones (fifty-three ruby, sixty-two sapphires, four emeralds and two pieces of topaz). 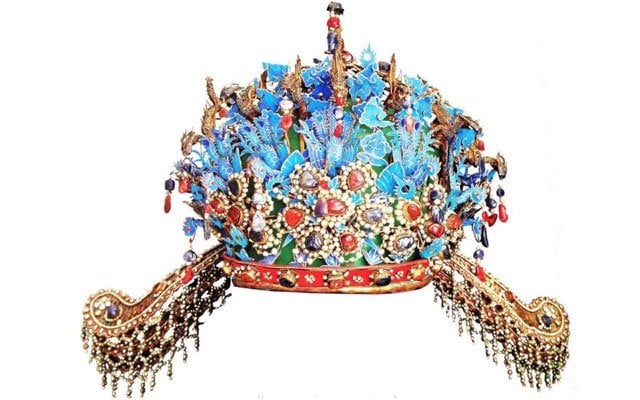 Fengguan was a luxury that all the women of the Ming Dynasty longed for at that time. It was only the Mingfu around the emperor, their Fengguan was allowed to carve dragon and phoenix. And the details of the Fengguan will be decorated according to the identity of the wearer.

However, some aristocratic women, in order to show their financial strength and identity, make Fengguan without permission. Some rich women even wear Fengguan at weddings and ceremonies. 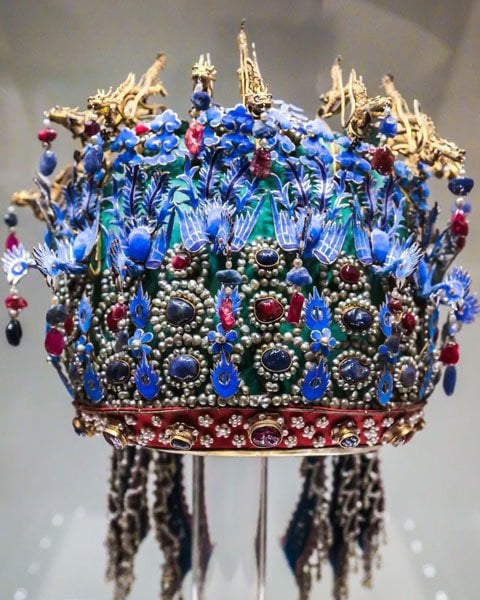 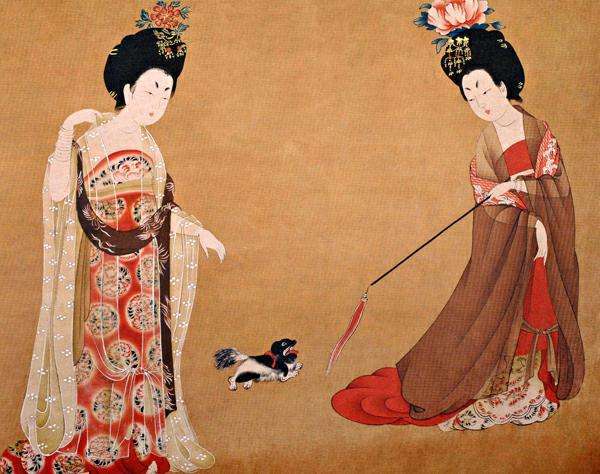 In the Song Dynasty, Xiapei became a part of the formal dress wear by the Mingfu. New changes have taken place in the design of Xiapei. As you can see, the bottom of both sides of Xiapei in the Song Dynasty was sewed to form a "V" shape, and there was a round pendant made of gold and jade.

Xiapei' pendant can ensure that when women are in action, Xiapei can be smoothly attached to the clothes and naturally hang down, ensuring that they always present a dignified and tidy image. In the Song Dynasty, only noblewomen could use Xiapei, which was a symbol of status. 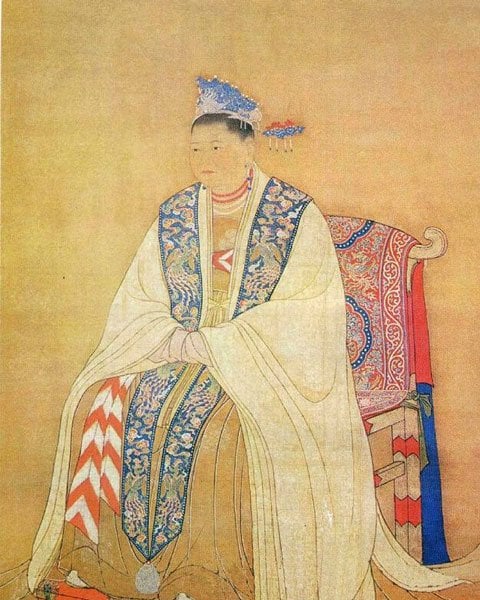 In the Ming Dynasty, the imperial concubines of the harem and the wives of the officials all liked to use Xiapei to match their clothes. Different levels of identity, the colors, and the patterns of Xiapei are different.

The imperial concubines of the harem are mainly in vermilion and dark blue, with the dragon and phoenix shaped by a gold thread; the official wives are mainly in plain color, without patterns.

In the Ming Dynasty, Xiapei roughly followed the design of the Song Dynasty, which can be divided into two designs. 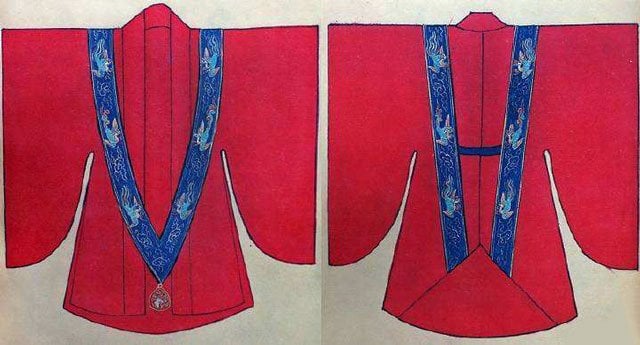 The most classic Chinese wedding dress

In the Ming Dynasty, the combination of Fengguan and Xiapei became the fixed collocation of Mingfu. The color, material, and pattern of Xiapei are all strictly regulated according to the status. Although Xiapei is the dress of a Mingfu, but ordinary women can also wear it when they get married.

However, it is always the most yearning and beautiful Chinese wedding dress for women, representing their longing for a better marriage.