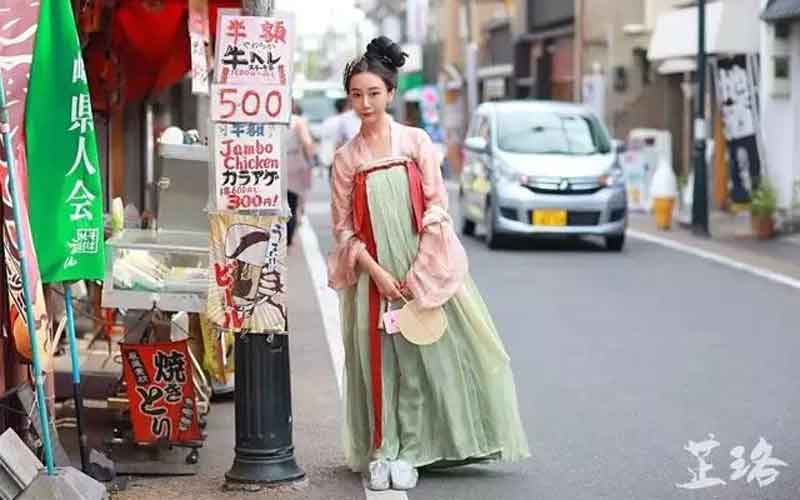 Kyoto is an ancient capital of Japan. It preserves a large number of historic buildings. Many Japanese and tourists will feel Japanese culture in kimonos. However, in this ancient city, some local people often see a Chinese girl in Chinese costume walking down the street. Local Japanese all raised their thumbs: so beautiful, just like a fairy! 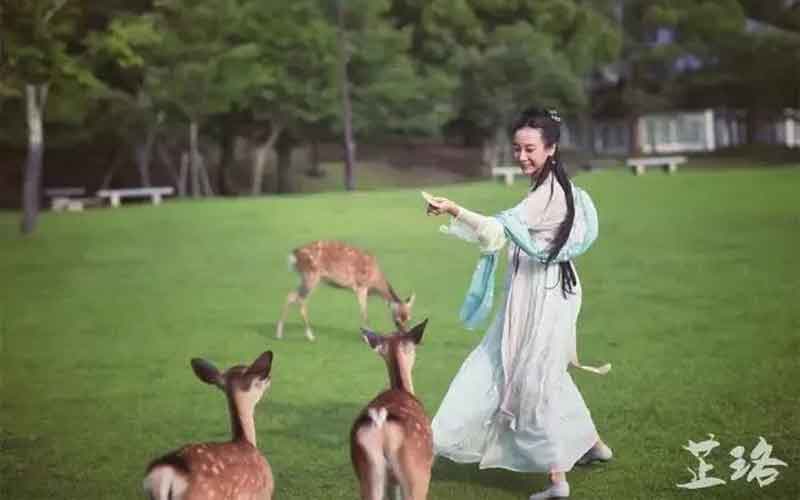 The girl's name is Zhi Luo. She was born in 1993. She is from Beijing, China. Because her husband (Chinese) has been a photographer in Japan for many years, she came to Kyoto to work more than half a year ago. 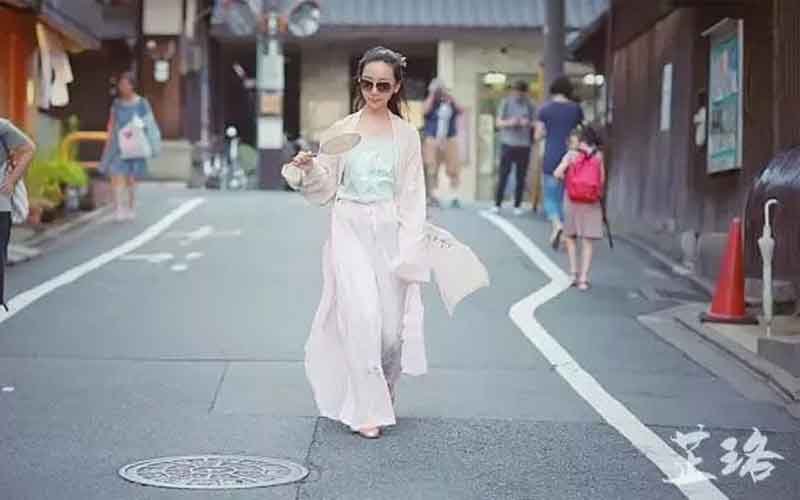 Why does Zhiluo like Hanfu? This is closely related to family education, she has often participated in activities about Chinese culture since childhood. 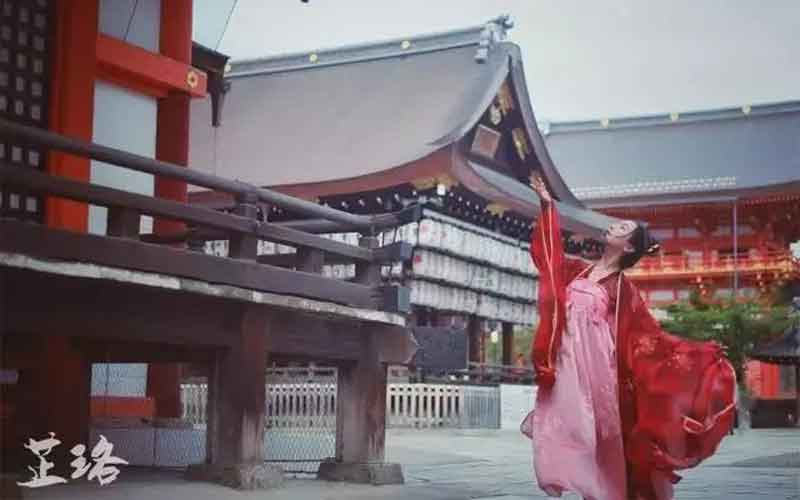 Nowadays, Zhi luo works in Kyoto. As a result of working in photography, Zhi Luo wore Hanfu to work and became a landscape on the street. Although there were differences in the form and system of Han uniforms in different dynasties, Zhi Luo was very fond of it. She said: "Wear Tang and Song style when it's hot, Wei, Jin and Ming-style when it's cold, you can wear it all year round." 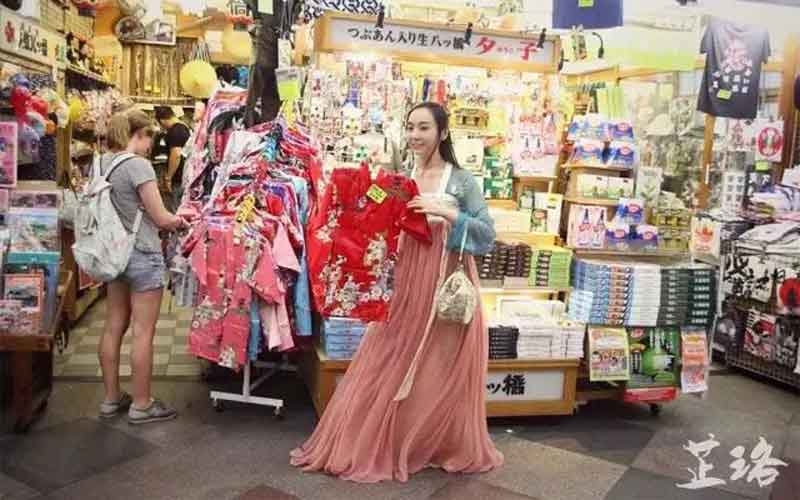 Usually, Zhi Luo wears Chinese clothes to go to work, shop, eat. Because Kyoto is an ancient capital, there seems to be nothing out of the ordinary. 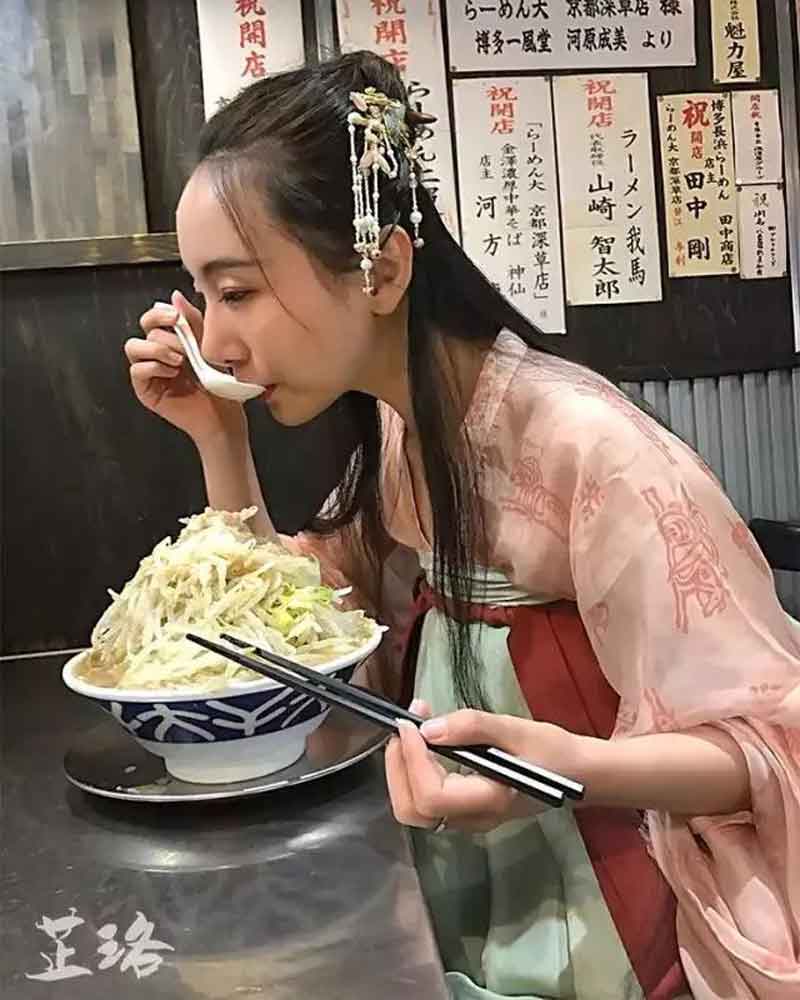 Some European and American tourists thought she was Japanese and would rush to take photos with her. Some Japanese locals, recognizing that it was Hanfu admired, "It's beautiful, like a fairy." 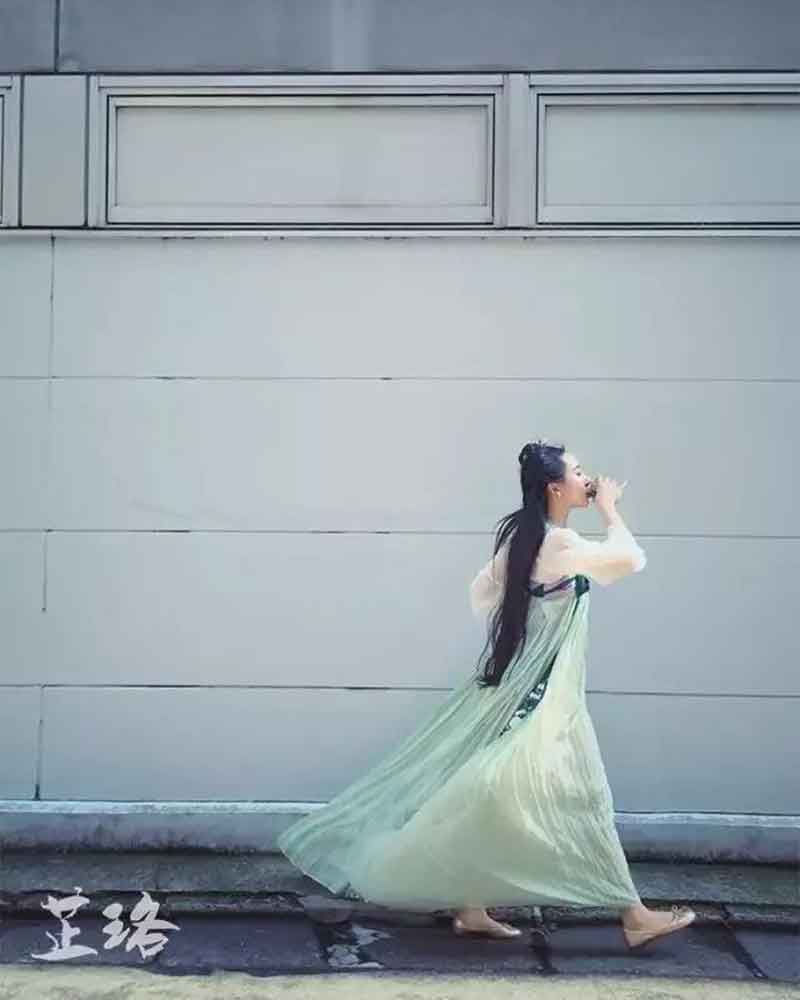 It is understood that Han clothes are not "Han Dynasty clothes", but "Han nationality traditional clothes", also known as Han clothes (汉装)and Chinese Hua clothes (华服). They are the clothes and accessories system of the Han people from the ascent of the Yellow Emperor to the mid-17th century A.D. (late Ming and early Qing dynasties). The national costumes of neighboring countries such as Japan, Korea, and Vietnam have been widely influenced by Chinese costumes. 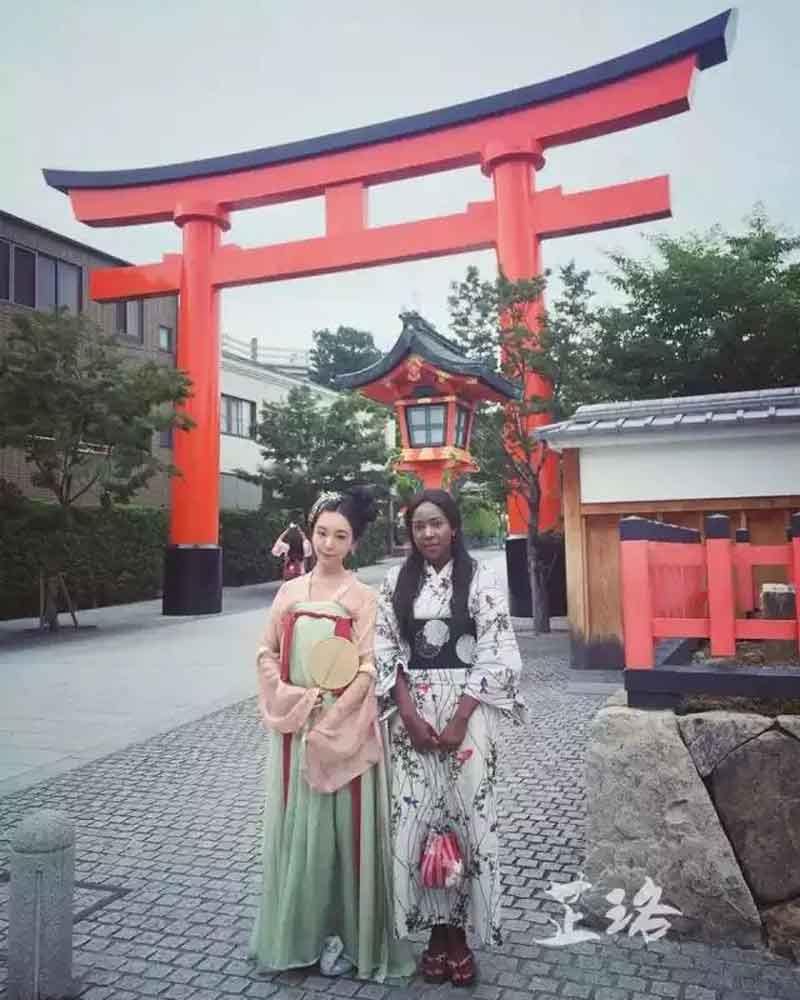 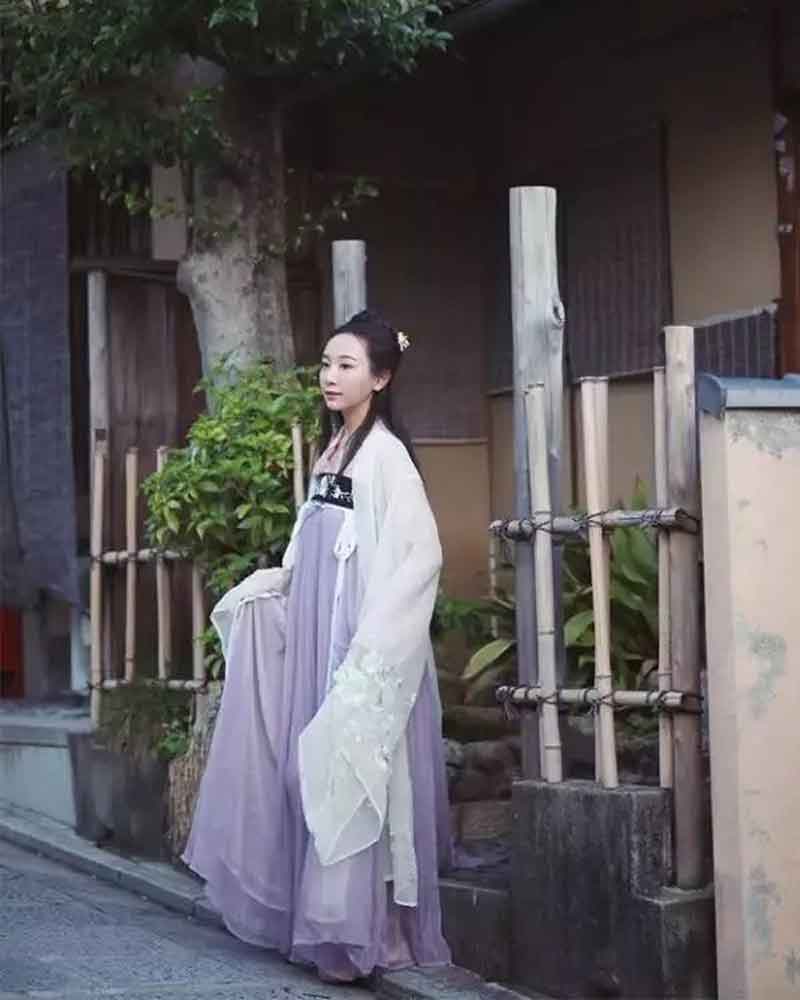 Occasionally, the couple will dress up carefully and show off the classical Chinese style of "god-carved chivalrous couples". For Hanfu, Zhi Luo believes that more traditional cultural connotations need to be mastered. 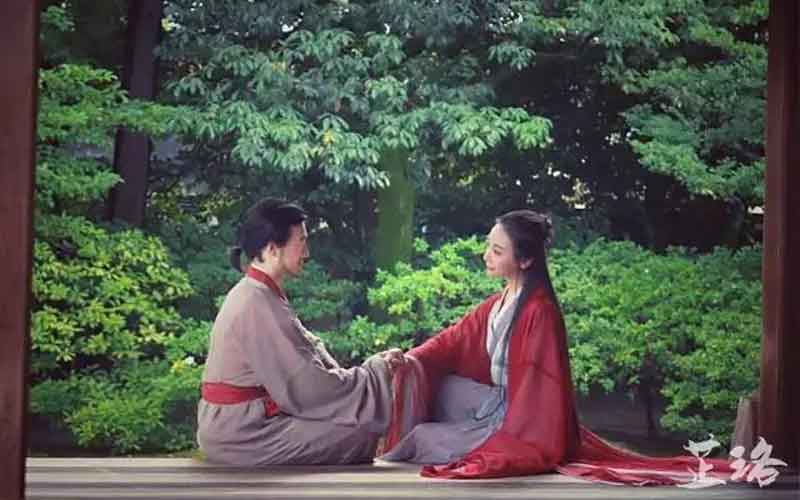