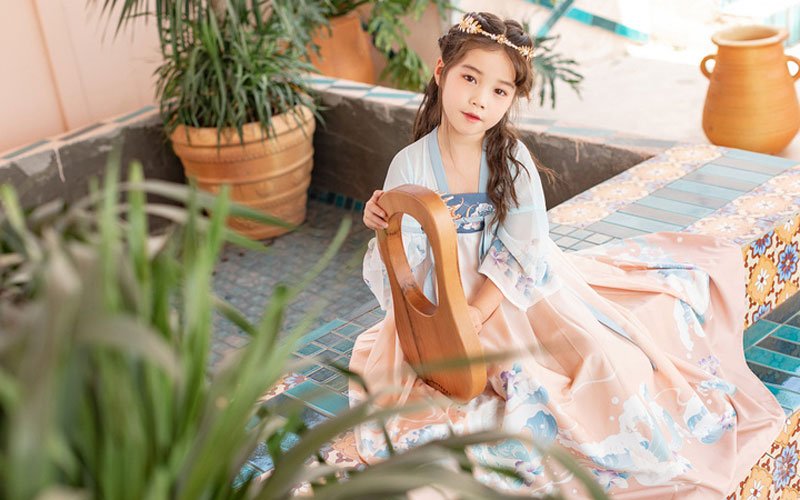 Children nowadays, childhood is really happy, material conditions are colorful, toy rooms, playgrounds, cartoons, video games. In ancient times, there were no special children's days. But children have their own relatively independent forms of festivals, or certain festivals are more oriented towards young children.

Although there were no smartphones, playgrounds, iPads, or cartoons in ancient times, there was nothing dull about the lives of children. There were many interesting toys for children.

Toys for children in ancient china

During the Song Dynasty, the term "toy" officially appeared, and a thriving market for toy goods was formed. Toy market to the 10th century A.D. the Song Dynasty was really formed, not only the production and sales scale is unprecedented, but also the emergence of "toy stores", "toy street", the manufacture and sale of toys has become the Song Dynasty craftsmen's means of livelihood and the way to get rich. 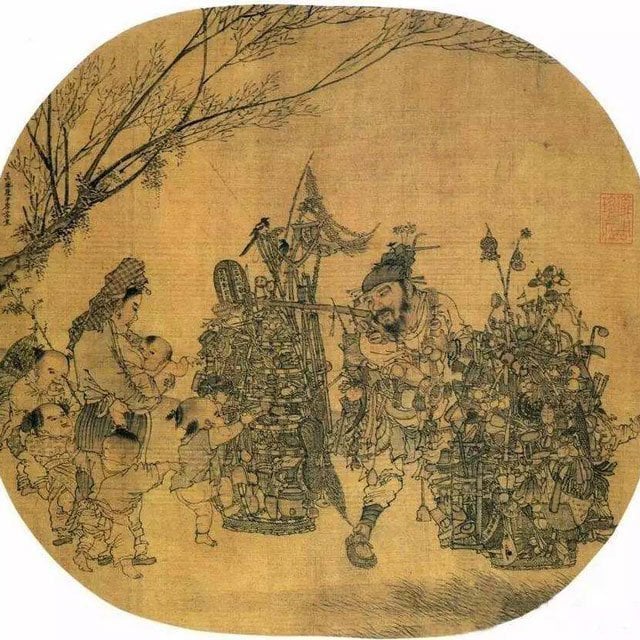 Of course, beyond that, there's something more interesting:

Game for children in ancient china 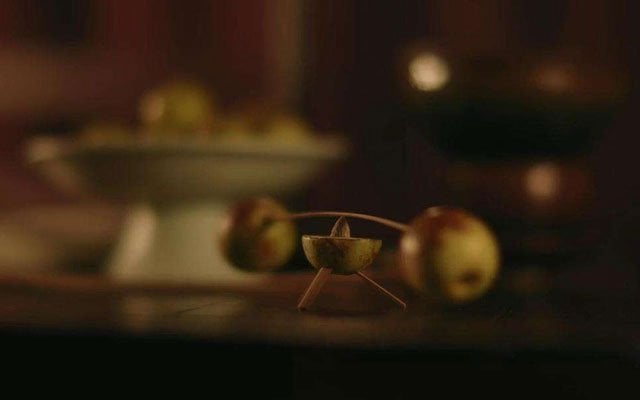 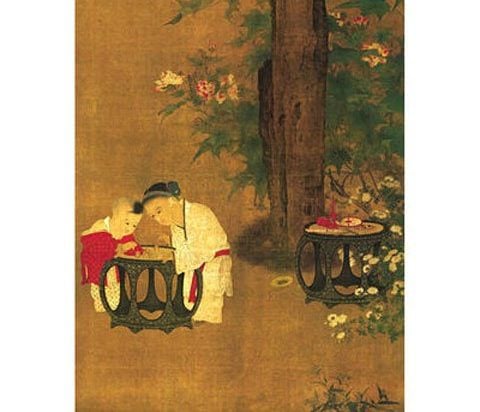 In the picture above you will find that the two siblings are actually playing a game of "pushing jujube". Three small jujubes is all it takes to play for a long time, which is probably the kind of fun you can only experience as a child. There was also a round pier beside the little brother, and several small toys were stacked on it.

The Metropolitan Museum of Art has a Yuan dynasty paintings, with a huge wooden slide above and four children happily playing. It turns out that as early as the Song and Yuan dynasties, there were already slide facilities for children to play with. 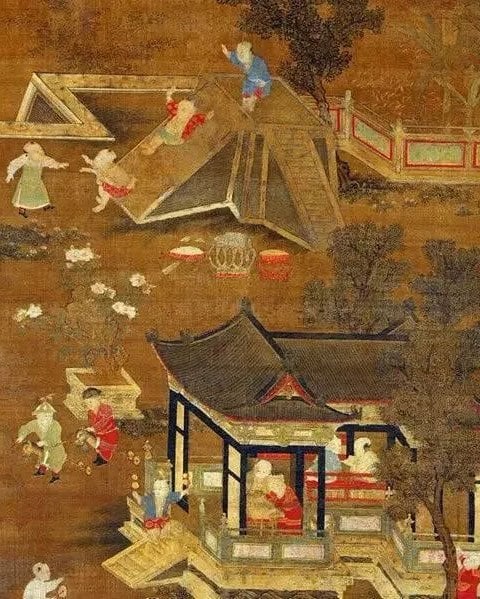 During the Song Dynasty, puppet shows were particularly popular and were called "puppet shows" by the Song people. The puppets that were meant for the show were soon made into children's toys. 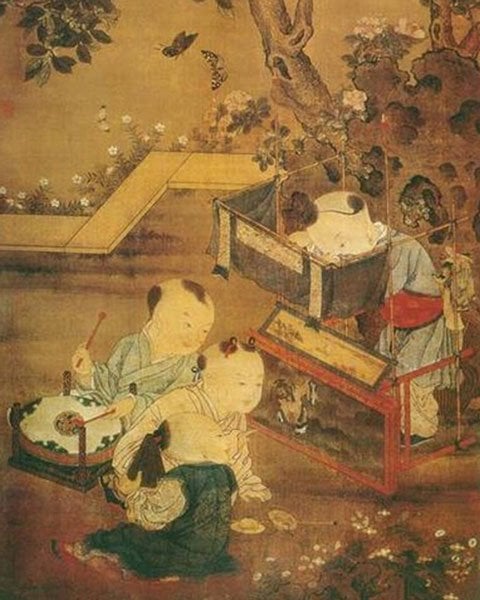 In this painting, four children are sitting around playing the Tis puppet, and in the middle of the picture, a child is learning to play a shadow puppet. This is a very artistic expression of play, a skill mastered at a young age.

The game of cuju is familiar to everyone, similar to football nowadays, but the rules are not the same, incorporating the technique of playing shuttlecock, somewhat like the prototype of football. 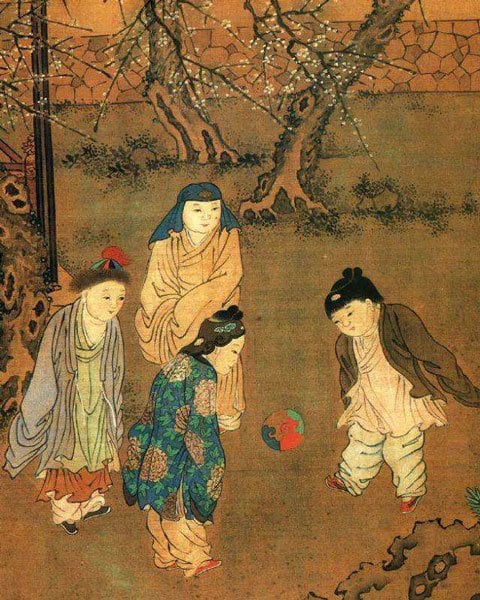 This painting depicts children playing in the courtyard of a Southern Song nobleman. The young woman and the woman beside her watch intently as the two children play. One child with a wooden racket was about to hit the ball, while another shouted sharply at him, The four people in the picture have their eyes focused on the tiny sphere at the same time. 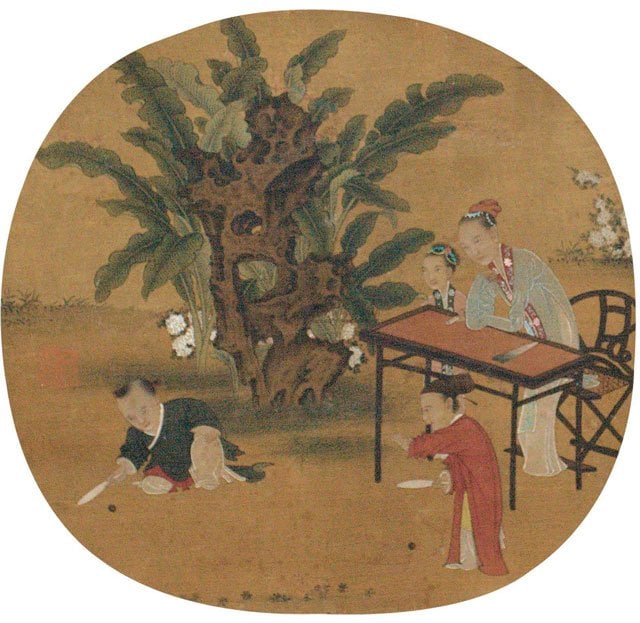 This image looks similar to golf balls nowadays, it is said that some of the rules of Chuiwan are like hockey, also similarities to the sport of curling.

Although there was no "Children's Day" in the strict sense of the word in ancient societies, there is no doubt that as long as there are children, there will be fun in the exclusive "Children's Day". Look back on childhood and reconcile the annoyances of growing up with the laughter of childhood.

Creative License: The article is the author original, udner (CC BY-NC-SA 4.0) Copyright License. Share & Quote this post or content, please Add Link to this Post URL in your page. Respect the original work is the best support for the creator, thank you!
Children Hanfu
Related