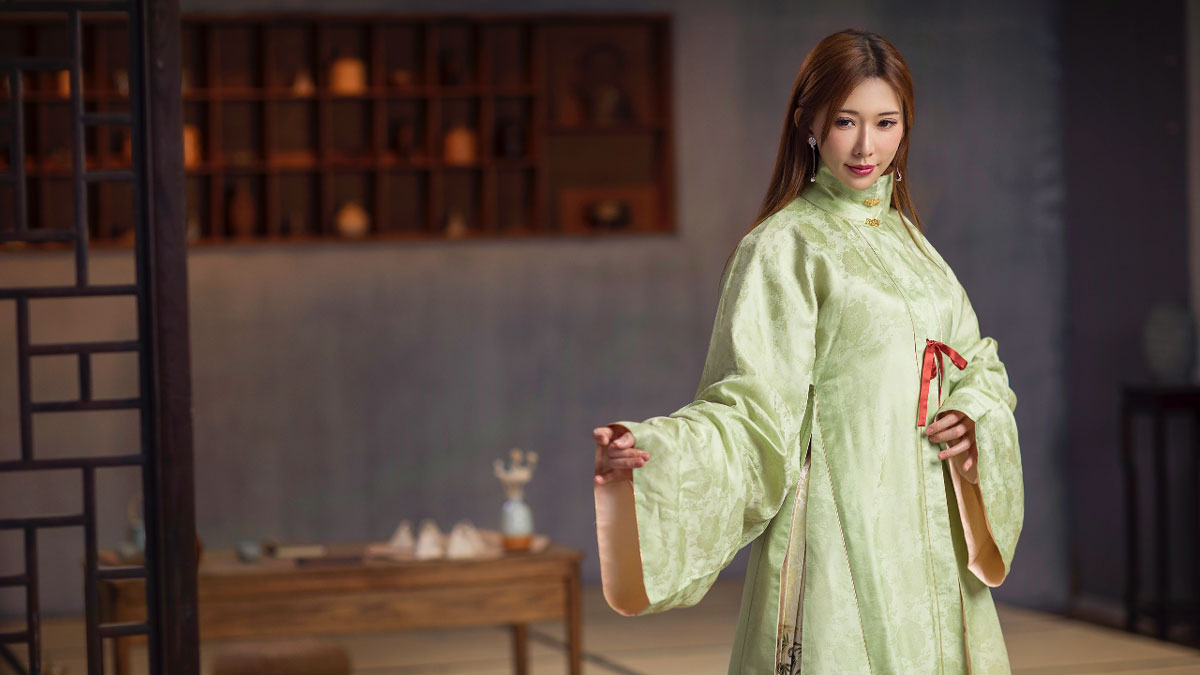 China has a long history of five thousand years. The history written in this vast land by Chinese people flourishing, eating, clothing, housing, and transportation is every bit as colorful and splendid. National dress is the most intuitive expression of national style. For example, when we talk about Japan, people can quickly think of kimonos. What would come to mind if we were to find a synonym for Chinese costumes? In the heart of craftsman Zhong Yi, the word is definitely: Hanfu.

In May 2017, Lin Chi-ling in hanfu appears in a large advertisement in Times Square, New York, wearing a simple and elegant bean green hanfu dress. The soft and gentle, exquisite craftsmanship is hidden in the details, showing the restrained and dignified beauty of oriental women. The Chinese culture was promoted intuitively and fully, stunning the world.

As a sharer of the second season of the program "THE GREAT SHOKUNIN", Lin had this to say in the program.

"China, with its greatness of manners, is called Xia, and the beauty of its costumes is called Hua. Costumes and manners are traditionally the most external cultural heritage of a nation. Hanfu, is not the old clothes that stay in the Ming Dynasty dynasty, but the formal dress of the times that follows the tradition." 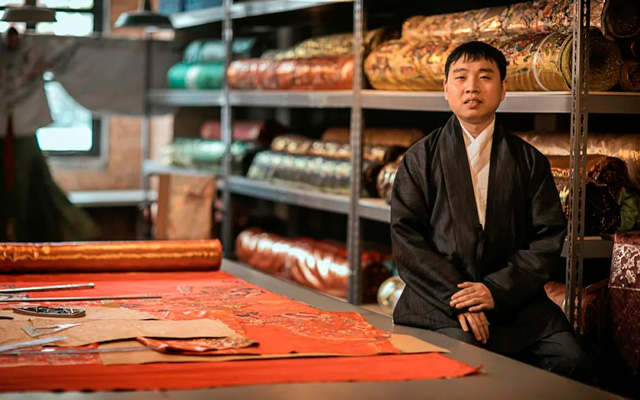 The hanfu that Lin was wearing, was made by hands of Zhong Yi (钟毅), who tailored it for her. But at the time, Zhong Yi said, "Hanfu is still dead today, and I want to bring it to life."

Let's rewind the time to Zhong Yi's college days. In order to revive the hanfu, Zhong Yi insisted on wearing the hanfu to and from class for one year in college, insisting on popularizing the hanfu culture, becoming a unique scenery in the school, and rightfully receiving a lot of puzzled or inquisitive eyes.

The attention from the outside world did not dampen his enthusiasm for reviving the hanfu, and even when he first visited his girlfriend's house, he wore a homemade cross-collar hanfu, and her parents were stunned. Fortunately, his girlfriend's parents were also tolerant and open-minded people, and soon gave them understanding. Later on, his girlfriend became his wife, and whenever he talked about Zhong Yi, who was obsessed with hanfu and was so absorbed in his work that he was slightly out of touch with modern society, his wife said, "He is an idealist living in modern society. 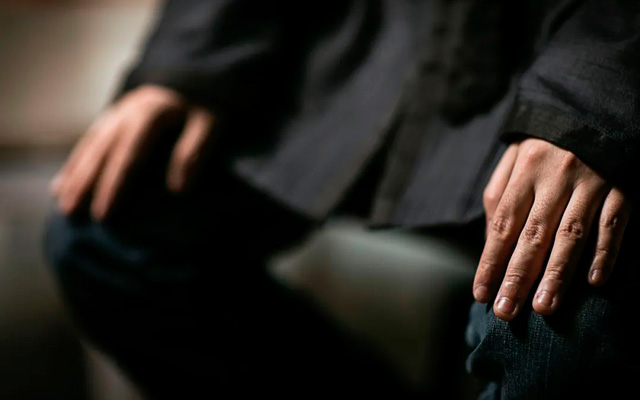 For this idealist, the road was not smooth at first. It wasn't until he met a group of like-minded friends in college. His partner Hanson, with whom he became acquainted in college club activities, felt that hanfu was an indispensable part of traditional Han Chinese culture.

But it was also the two years in college that made Zhong Yi realize that even if he wore hanfu every day in school, this was not really very substantial for promoting it. so he started to stop wearing it in his third year. "I started with the hope that more people would know about it, but then I realized that this is not right. If it's a very normal day and a group of people wear a bunch of clothes and hold a flag, then it must bring misunderstanding". 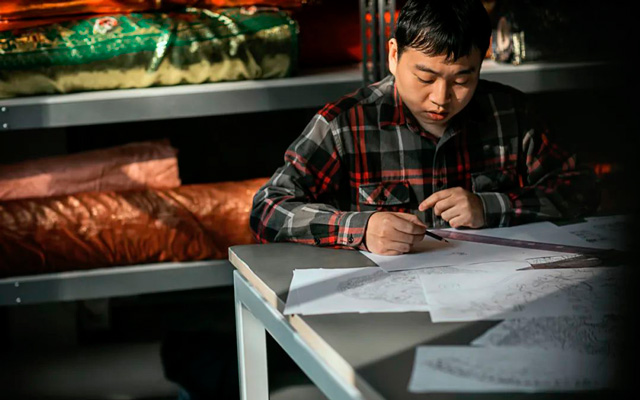 At the beginning of the creation of his own brand "Ming Hua Tang (朙華堂)", like most people's entrepreneurial journey, Zhong Yi's road to hanfu was full of bumps. However, trying to make a real hanfu is far more complicated than one might think.

Zhong Yi went all over the fabric market to select fabrics and kept trying to research, from design and drawing to fabric customization, cutting, and sewing, he did every step himself, just to make a decent hanfu. 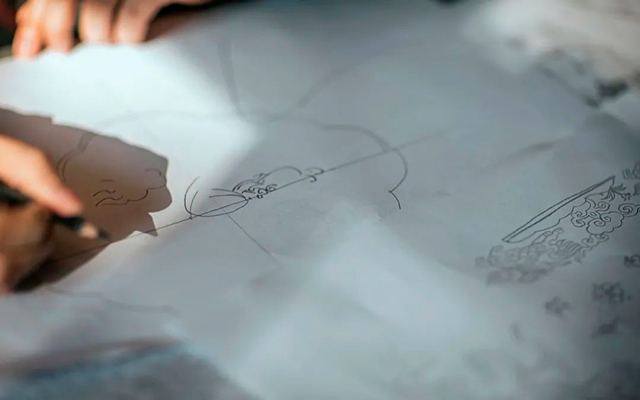 For one fabric, Zhong Yi spent a year to interface with the factory and experienced seven failures in making the version, but he did not compromise until the eighth version was made. As a result, he was ridiculed by people in the industry that the fabric was complicated and impractical; he was also disliked by the factory because the quantity was not much and there was no money to be made. But Zhong Yi always insisted on making hanfu in his own way. Every needle and thread, every button and buckle, is very meticulous, and only the most exquisite handmade clothes are made. 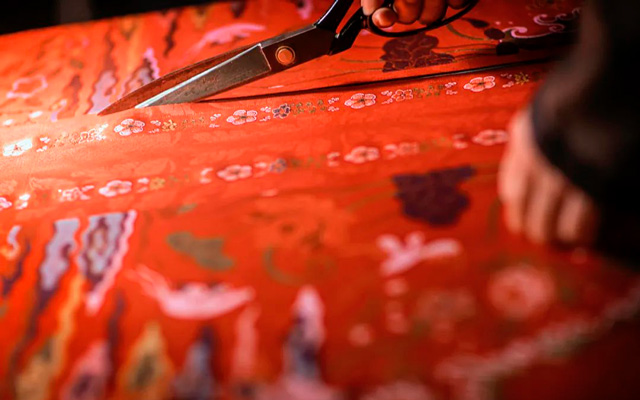 The making of the hanfu started with drawing. After consulting a lot of literature, Zhong Yi began to draw the design of the patterns by hand. After the hand drawing was completed, the next step was the computer drawing. The patterns are drawn on the computer to facilitate the programming of the subsequent fabric production. The traditional hanfu costume is characterized by natural flat cuts, and the beauty of wide clothes and boats is emphasized, so the requirements for fabrics are extremely high. To ensure smooth cutting and sewing, Zhong Yi invited Master Xue and his wife, who have many years of experience in tailoring. 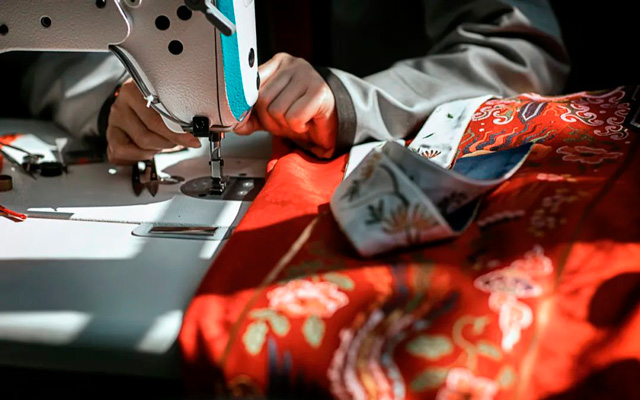 Once a hanfu is generally finished, ironing is the final and most important step. Ironing hanfu is also very skillful, and the different textures of the fabrics and different parts of the costume will determine the different ironing methods. 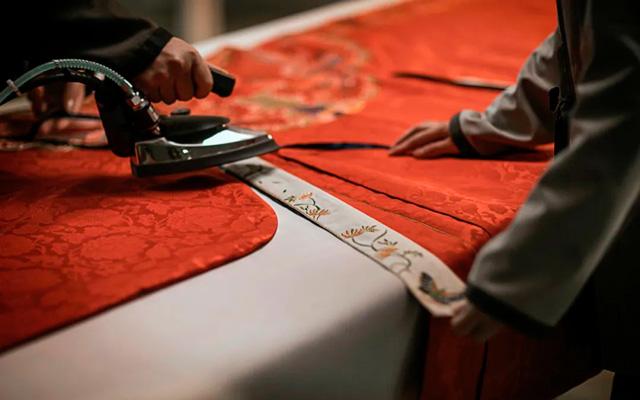 It often takes several months, sometimes even half a year, to make a hanfu. From every structural process, to every inch of the pattern, it is extremely time-consuming. When it is finally formed, Zhong Yi hangs it on a hanger and ceremoniously ties a knot at the waistband, so that the set of hanfu making is complete. From the beginning when it was not understood and made fun of by the industry, today, Zhong Yi's "Ming Hua Tang" has been recognized as the most rigorous hanfu in the industry. 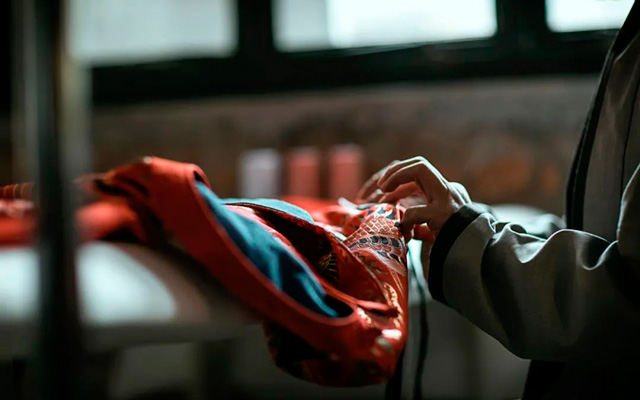 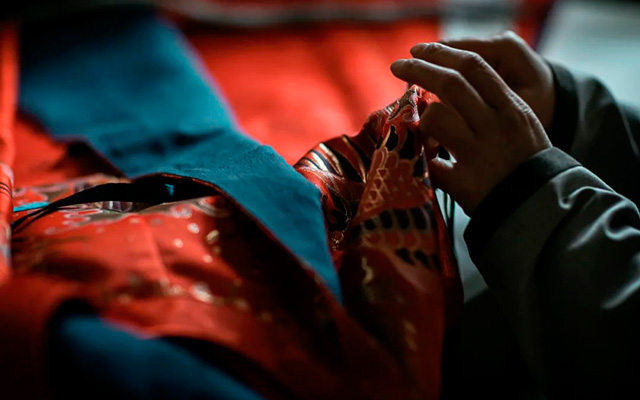 Unlike the other brands that pursue a fairy atmosphere and frequently use embroidery, most of the works of Ming Hua Tang are made of brocade, with different patterns woven on different materials, following the weaving patterns of the ancients.

This complicated process has led to high prices, so Ming Hua Tang is also known as the "Hermes" of hanfu. This is because among the many weaving techniques, Ming Hua Tang chooses the main technique of the Zhuang Hua (妆花), it has been used since the Tang Dynasty and became more and more mature during the Ming and Qing Dynasties, but due to the complicated techniques and high costs, it has gradually fallen into decline in recent times. Because of the freer warp threads in weaving, Zhuang Hua can carry rich patterns and colors, as evidenced by the core works of Ming Hua Tang. 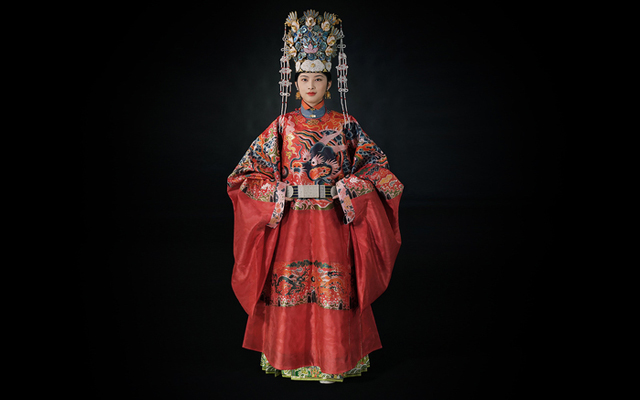 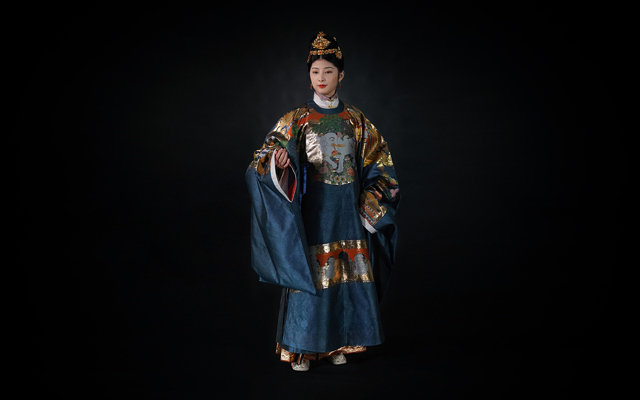 When it comes to the challenges encountered in running Ming Hua Tang and carrying out the revival of hanfu, Zhong Yi also said straightforwardly that the promotion of hanfu is still spontaneously driven by enthusiasts, and the strength is actually insufficient. Although the development of hanfu has gained momentum in recent years, there are still a lot of disagreements about the shape and modernization of hanfu, which is inevitable because some features of hanfu make it universally applicable and difficult to adapt to modern life. These are the challenges we are facing. 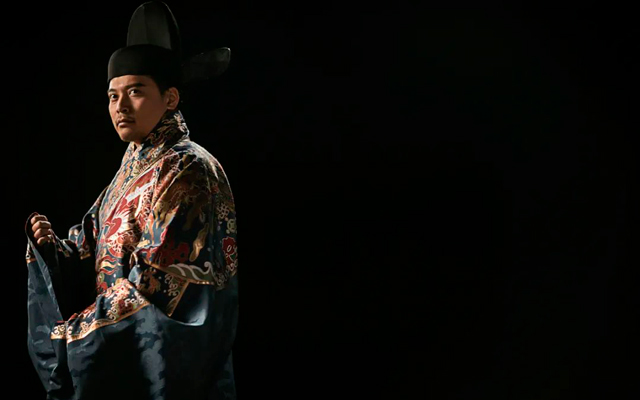 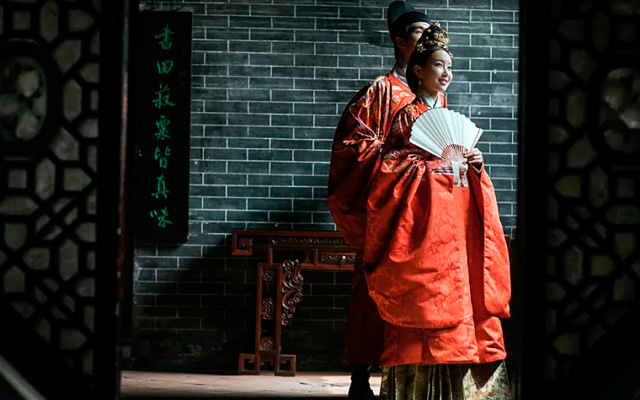