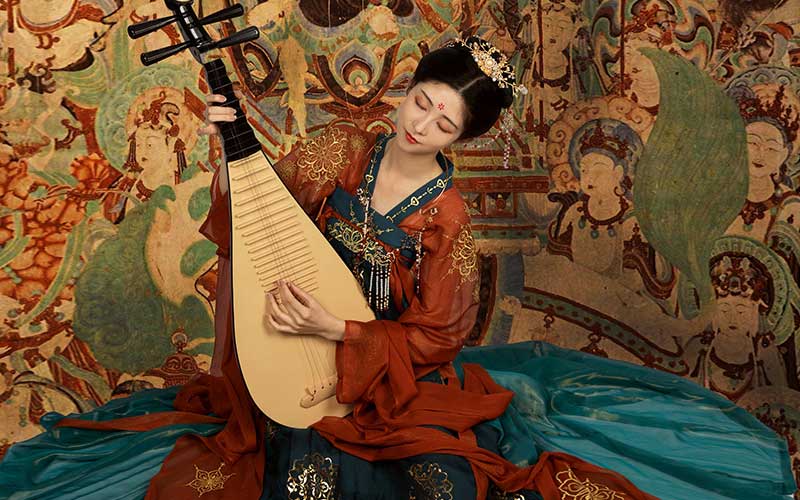 The history of China clothing has a long history. From the primitive society, Xia, Shang and Zhou dynasties, spring and autumn, Warring States, Qin and Han Dynasties, Wei, Jin, Southern and Northern Dynasties, Sui and Tang Dynasties, song, yuan, Ming and Qing Dynasties, to modern times, it has attracted the world's attention with distinctive characteristics.

This article will introduce four typical styles in Chinese clothing history: Hanfu, Qipao, Zhongshan suit, and Tang suit. In addition, we will introduce the characteristics and changes of China's clothing in several periods.

In the main residential areas of the Han nationality, Hanfu was formed through natural evolution with the "Chinese Han" culture as the background and leading ideology, Chinese etiquette culture as the center.

Hanfu not only has a long history but also has a profound impact on the clothing of neighboring countries: including Japan, South Korea, Vietnam, and other countries. More about Hanfu. 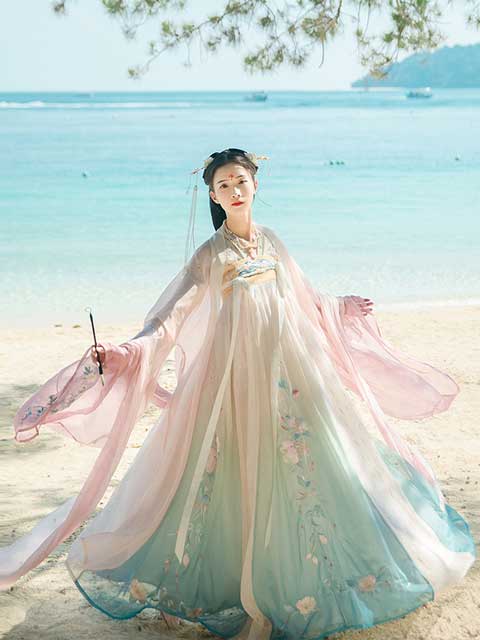 Qipao was formed in the 1920s. Some scholars think that its source can be traced back to the deep clothes of the pre-Qin and Han Dynasty. After the 1920s, it became the most common women's clothing, which was determined by the government of the Republic of China as one of the national dresses in 1929. More about cheongsam. 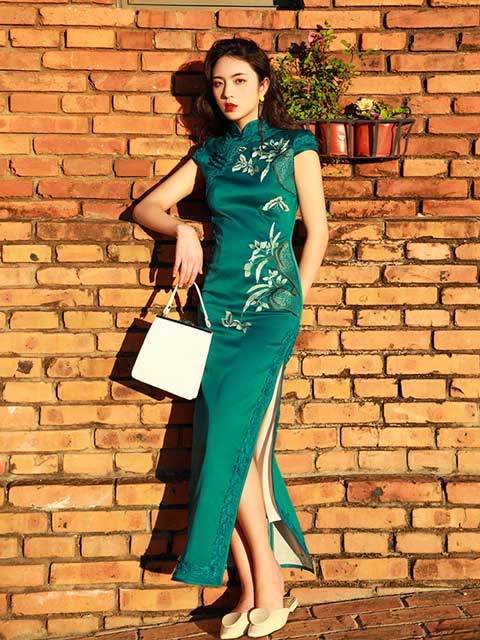 Zhongshan suit (Chinese tunic suit), is designed by Sun Yat-sen on the basis of a widely absorbing Western-style suit and integrating the characteristics of Japanese student clothing and Chinese clothing. Zhongshan suit has four pockets, five big central buttons in the front, and three smaller buttons on each sleeve.

Since the 1950s, Zhongshan costume has become a formal costume from the state leaders to ordinary people. Since the 1980s, the Zhongshan suit has been gradually forgotten among the people, but Chinese leaders are still used to wearing Zhongshan suits when they attend major events. More about Zhongshan suit. 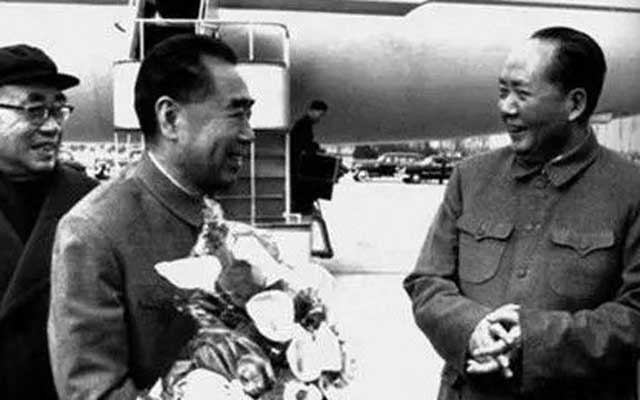 Tang suit is a kind of dress designed according to the prototype of a Chinese traditional jacket (Magua, 马褂: traditional dress in Qing Dynasty) with stand collar and Western three-dimensional cutting.

But the Tang suit no refers to the clothing of the Tang Dynasty. Because of the great influence of the Tang Dynasty on overseas, as early as the Song Dynasty, "Tang" had become the name of China. Foreign countries call China or things related to China "Tang". Overseas Chinese often call themselves "Tang people", and the place where they live is called "Tang Street", so the clothes they wear are called "Tang suit". In fact, Tang suit refers to the improved style of Magua in the Qing Dynasty. 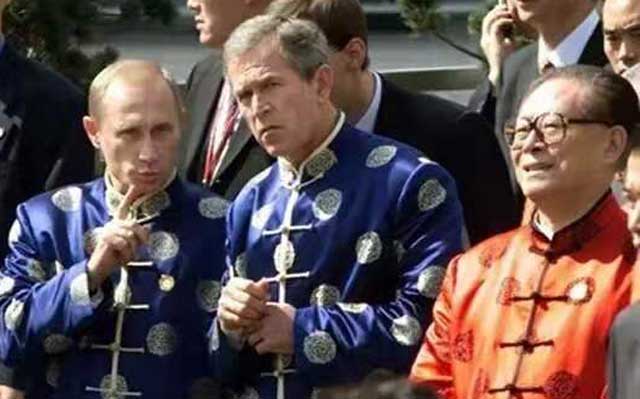 Leaders of countries in Tang suits at the APEC meeting

China clothing in the Tang Dynasty

As the Tang Dynasty is an era of high political and economic development, prosperous culture and art, and brilliant feudal culture, productivity has greatly developed, and for a long time the country is peaceful and the people are safe. In the Tang Dynasty, it became the center of economic and cultural exchanges among Asian nations.

The prosperity of politics, economy, culture, and art, these characteristics are more prominent in clothing, among which women's clothing is the most representative. Women's wear in Tang Dynasty is characterized by the unity of skirts, shirts and Pei (帔, an ancient formal dress for noblewomen), and the appearance of U-collar style Ruqun,

The characteristic of Ruqun is that the skirt waist is tied higher, generally above the waist, some even under the armpit, which gives people a beautiful and slender feeling. The flower pattern is widely used in craft decoration, and its composition is lively and free. 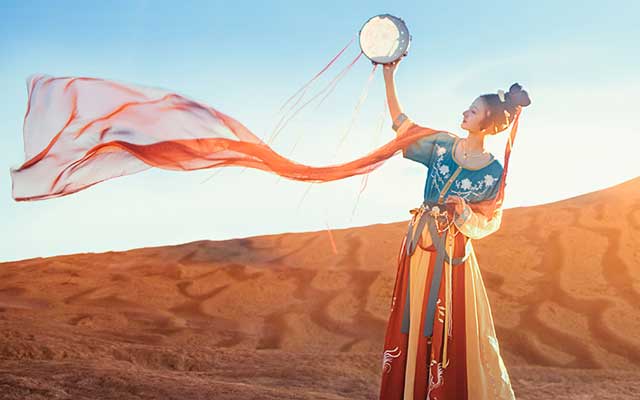 China clothing in the Song Dynasty

The color and style of the clothing in the Song Dynasty are mostly inherited from that of the Tang Dynasty, but it is better and more natural to integrate with the tradition. Political conservatism, ideological imprisonment, made clothing culture is more simple.

In the Song Dynasty, women's clothes were formal and conservative, with elegant and quiet colors. They wore narrow sleeved short clothes on the upper body and long skirts on the lower body, usually wear a long-sleeved Beizi (褙子, very similar to the vest now) on the outside of the coat. The collar and front of Beizi are embroidered with beautiful lace.

In the Song Dynasty, men's clothes were mostly robes with lapels or round necks. 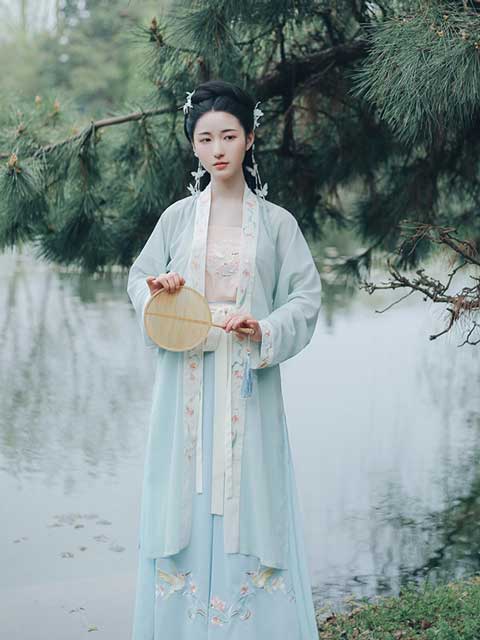 China clothing in the Ming and Qing Dynasty

Most of the noblewomen in the Ming Dynasty wore red robes with large sleeves. Generally, women could only wear peach red, purple-green, and some light colors. Usually, women wear short shirts and long skirts, skirts are wide and have many styles, such as pleated skirts, Fengwei skirts, Yuehua skirts, etc. 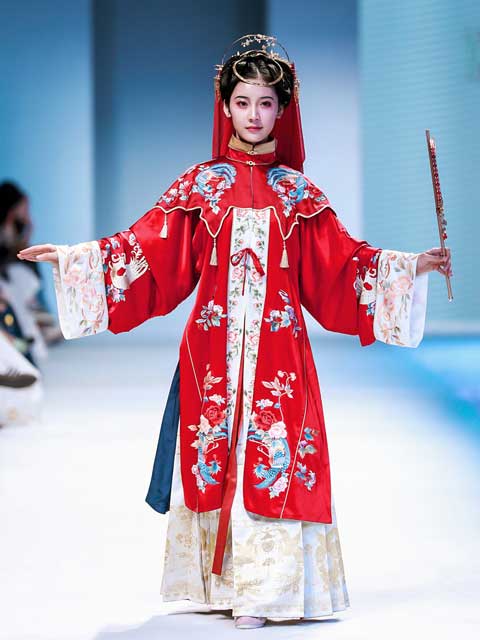 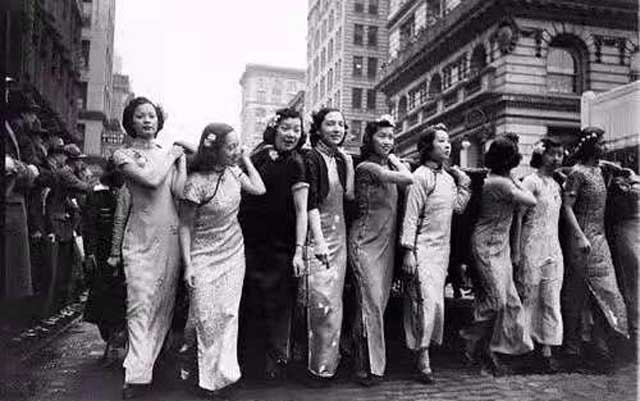 China clothing in the 1920s

Magua is a unique dress of the Qing Dynasty, it used to be worn by rich people, but later it became a common dress in the country. Cheongsam is a kind of women's clothing full of national customs, which evolved from Manchu women's robes. Manchu people are called "Qiren (旗人)", so cheongsam is called "Qipao (旗袍)". In the 1920s, influenced by western dress, the improved cheongsam gradually became popular among women.

From the 1950s to the 1970s, Zhongshan suit gradually became the main clothing for men; women's dress was influenced by the Soviet Union, and the one-piece dress was popular in cities, in addition to Lenin's suit. But in the countryside, the jacket and trousers have always been the traditional dress of most farmers.

After 1978, China carried out the policy of reform and opening up, reflecting the spirit of the times, and the clothing with Chinese characteristics developed rapidly.

At the same time, the costumes of Chinese ethnic minorities are also a bright part of Chinese costumes, which are characterized by integrity (unity of formal beauty, decoration, and practicability) and culture (regional and symbolic). 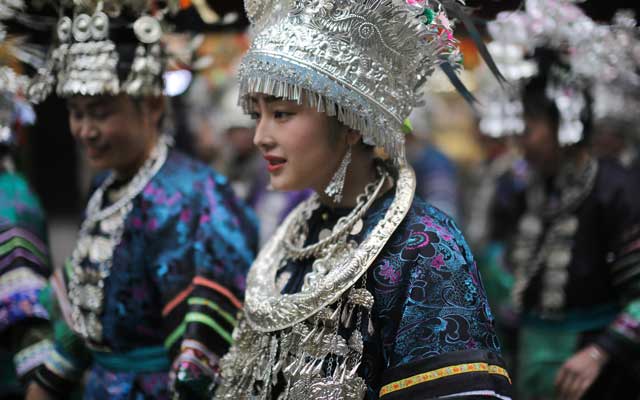 After continuous development and evolution, Chinese clothing is facing the test of transformation and regeneration. Transformation does not mean extinction, but regeneration in a new way. With the unique clothing of each era, each has its own characteristics.