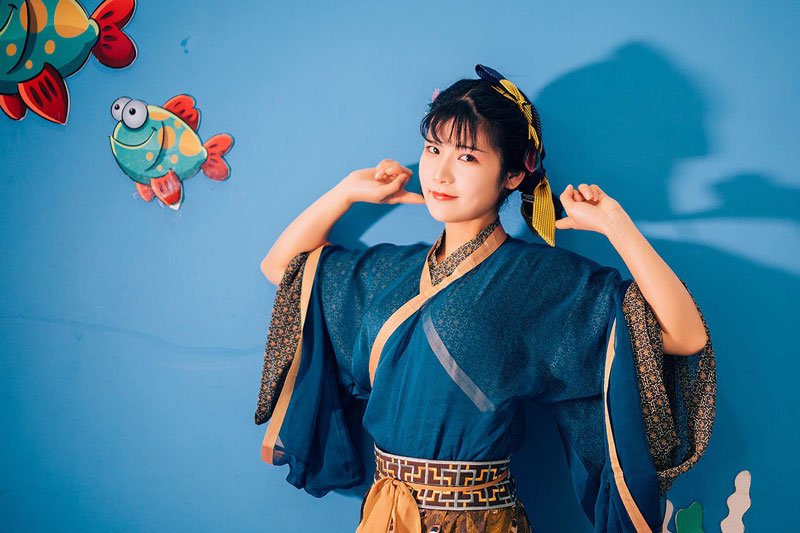 If you take the word "Hanfu" back to its roots, it simply was the Chinese word for “Han People's Clothing.” Later on, it evolved to mean specifically, traditional Chinese clothing. As they came into popularity in the ancient period, manufacturers began producing these pieces of hanfu with many cutting methods, and they’d cut various lines of fabric, sew them together. It's usually a very loose design that meant they wouldn’t have to have multiple sizes and fits. Eventually, hanfu style developed and people began wearing on a large scale, integrated into their everyday style. 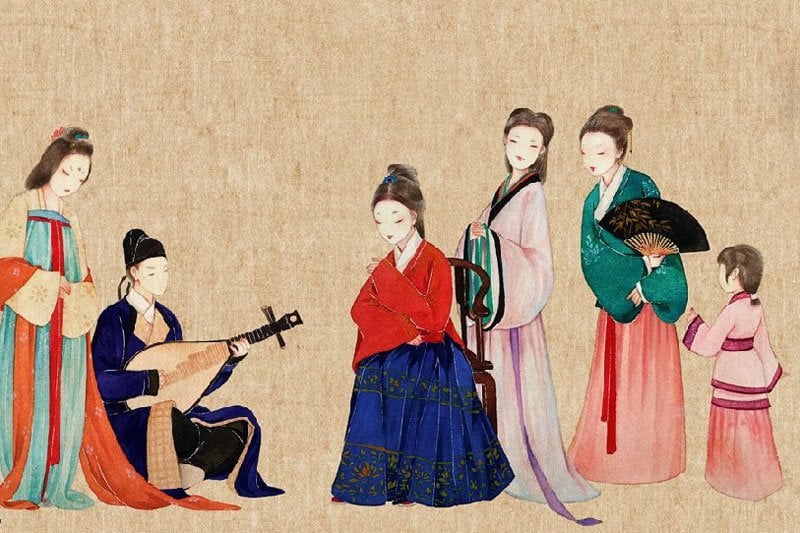 Hanfu designers improved their craft to such an extent that it became an art form and not simply as apparel. Traditional hanfu became more valuable and more collectible as pieces of art. That’s not to say that an appreciation of the hanfu today has to be all about historical artifacts.

The New Hanfu is Back in Fashion

“Many westerners will say the hanfu is somehow non-changing and is simply traditional attire,” says Lee, who did her doctorate work at Peking University in Chinese art history. “But it has changed historically. That’s why it was such a fundamentally important garment during the Han and Tang period because it was fashion; it was constantly changing.”

The Inspiration for Modern Hanfu Style

Lots of China's kids spent their childhoods watching ancient costumes dramas and kungfu films many times. They adored the cool actors and martial arts masters on TV, as well as handcrafted hanfu costumes and other beautiful, traditional goods. 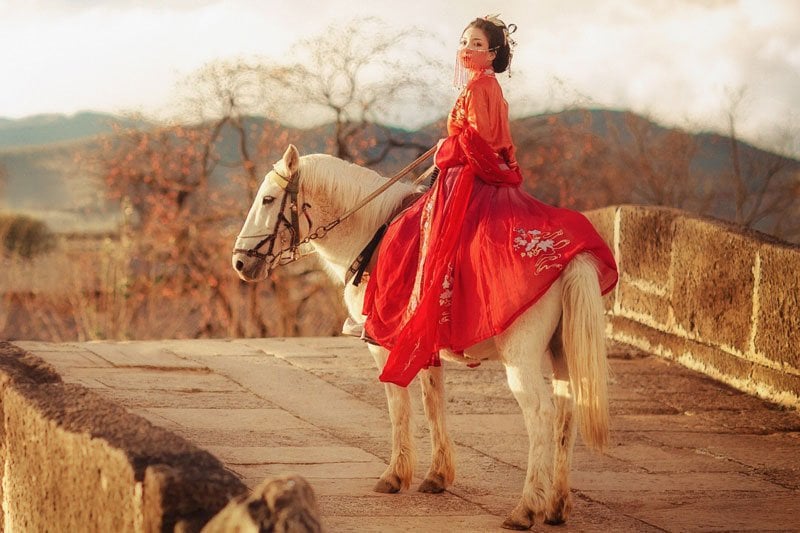 When the children grew up, and some of them became fashion designers. And they realized that numerous people across the globe use and love hanfu-like garments, and even though most don't know where it comes from.

However, in modern life, only a few people wear hanfu every day, and a lot of people don’t even know how to wear hanfu.

It became special clothes for modern Chinese people and got avoided because it took more time to wear one compare to modern garments.

It’s hard for the public to understand what it means and how did hanfu has evolved into today. So these passionate reformers decided to take the historical roots of traditional Chinese clothing and use it as inspiration for modern hanfu. They quickly made a try, hope to create a new style focused on the contemporary woman. 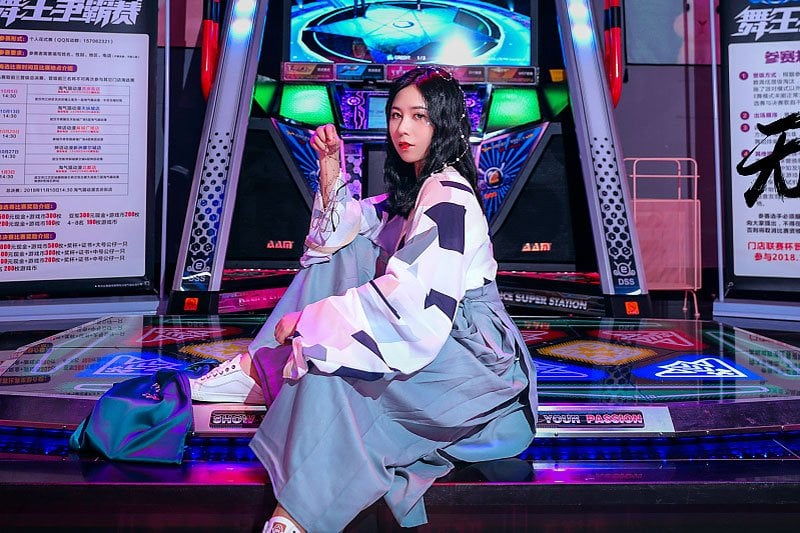 The modern woman is a work of art, strong, soft, beautiful, and versatile. She has many roles, wears many dresses, and has many dreams. She is a boss, a mom, an artist, a CEO, a teacher, and the cornerstone of her community, no matter how big or small. These are what they have in mind when the grown children decide to design the modern styles for today's modern woman.

Rather than the 2D plane design of traditional hanfu, modern hanfu has the western modern 3D design. Modern hanfu embraces more close-fitting tailoring, and this allows each piece to fall uniquely on each unique body type. Fashion designers believe beauty is in the distinctive attributes of each woman, and it strives for each piece to highlight those beautiful qualities.

Of course, elements of hanfu are indispensable, for instance, retro patterns, cross-collar and silk embroidery, echoing the historical traditions of the piece. These are also denoted through motifs and placement, fabric choice, type of decoration and color. Hanfu's elements take lessons it’s learned in the past and apply them to the needs of today, which keeps changing and shifting, adapting to what’s new, and bringing its own flair and style to present life. 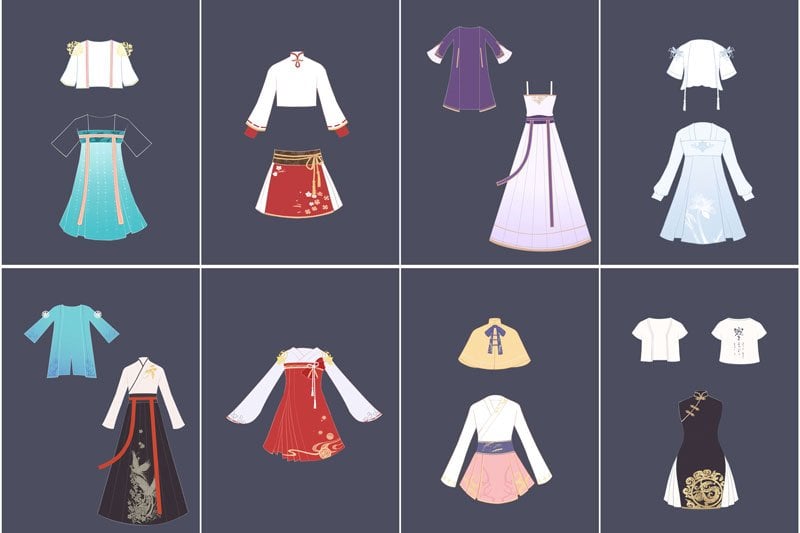 Most of the modern woman is fashion & beautiful. It is well-known that we’ve come to an age where the 21st century's culture is much closer to recognizing the beauty in all body types, not just those deemed attractive by a small fragment of society.

That's why we wanted to create fashion hanfu for the beauty of the modern woman, like a gorgeous gown or hip-pop streetwear that is meant to drape effortlessly with a fluid curve around each beautiful shape.

"Bring something new to life every day." This artistry is something young people value almost above all else. Each beautiful new hanfu as unique as you are, it’s not just an item of clothing, it’s a work of art, and offering a piece that looks just as good hanging as it does being worn.

Traditional hanfu is mostly worn to formal events or be worn for important public holidays and folk festivals and weddings. Over time, the hanfu has garnered a reputation for being inconvenient and difficult to wear.

However, it has experienced several improvements and revivals in popularity throughout the decades. Since the turn of the century, new hanfu enthusiasts have grown in number, promoting the garment as a comfortable and fashionable item of dress. Now, it's very popular to be worn as everyday clothing. 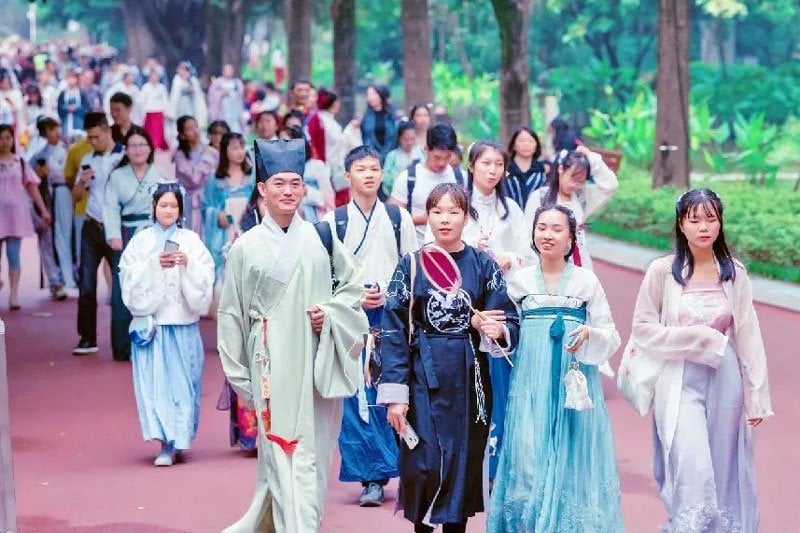 Modern hanfu is both functional and elegant. With advanced cotton & silk fabric blend, this style is one that’s easy to wear and easy to wash. Simply care for it by washing in cold water on a gentle cycle and then hang to dry. It’s the luxury the modern woman wants, whether layering or lounging, this piece is durable and soft. Congratulate, hanfu is no longer a drag on a fast-paced life.

The people who tend to wear modern hanfu most often - in some cases on a daily basis - are young girls and boys, students and teachers, tourist and cultural workers. In some unique ancient garden scenic spots, it's required to wear traditional or modern hanfu dress whenever appearing in public.

In recent years, the public has started to take an interest in traditional Chinese culture due to the heightened attention of China from other countries. Because of this, young people began to pay more attention to conventional hanfu as fashion.

At the moment, dressing hanfu with western taste items came into a trend among them. Surprisingly, that style was just born at the end of the last century - Chinese people started to accept western culture due to the opening of the country to the world by the government, at the same time, the culture of the west had percolated through to the Chinese lifestyle. 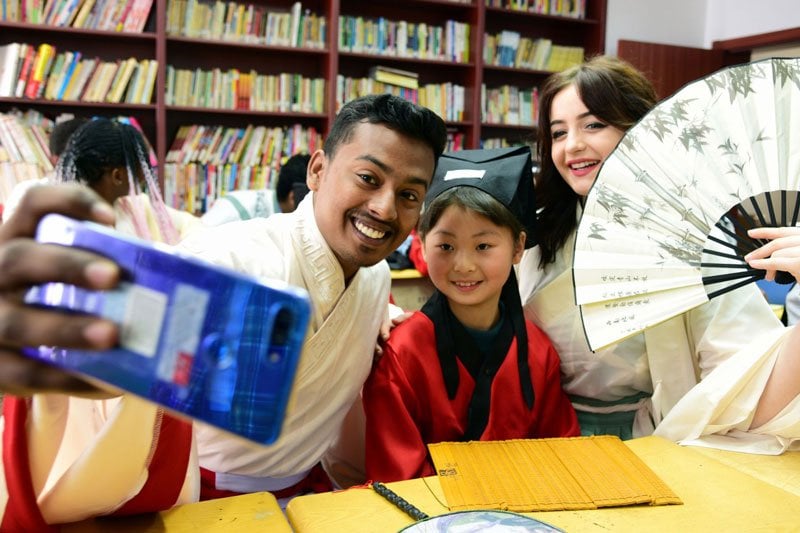 In modern China's new age, western culture and eastern culture will be crossed, integrated, and reinforced with each other.

Modern hanfu base on western design, but also has an original design that western clothes don’t have. That is why young people see traditional items as hanfu as cool and fashionable. They are having fun that arranges their own fashion with their favorite things.

Hanfu is becoming closer to people in an unconventional way, and the new hanfu fashion is a representation of diversified cultural confidence. Not only that, the fresh idea of modern always makes trends; young people will lead to more and more new styles.

New hanfu has become a part of modern young people's new lifestyle. For a while now, the garment has been rising in popularity, not only with youth but also with tourists and leading global fashion creatives.

“It is younger people that didn’t previously know much about the hanfu who are driving the trend, or even tourists visiting China,” fashion researcher says. “With increasing globalization, changes are taking place in the way that traditional culture is perceived.” 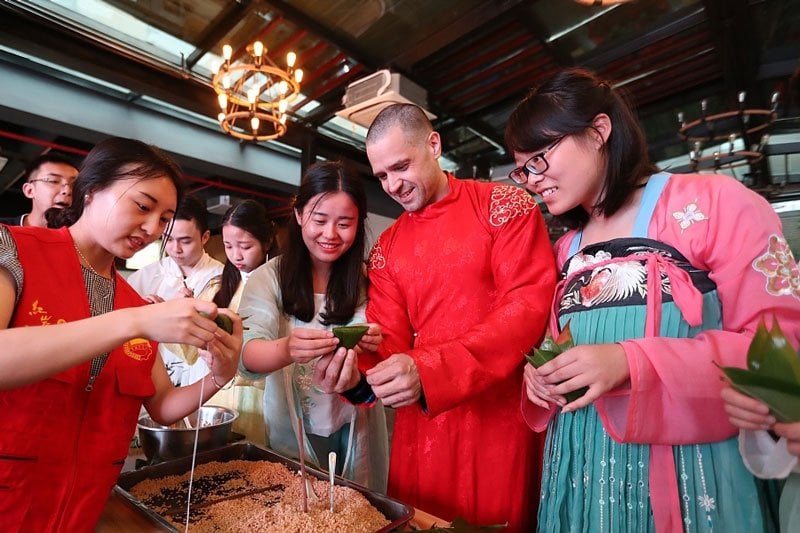 There are many different types of hanfu styles have changed over the years. Nowadays, mainstream fashion takes inspiration from traditional spirit. If you’re good with a needle, you could try embroidery yourself or attach some cool patches. The hanfu is your canvas, which can say anything you want it to say and can be worn whenever you want.

What’s happened for sure is that hanfu styling became more free. People aren’t afraid to wear patterns that are out of season and will mix and match their traditional style with modern accessories. Just like with any outfit, you can mix and match freely with the modern hanfu, everything is possible! Don’t be afraid to have fun with it! 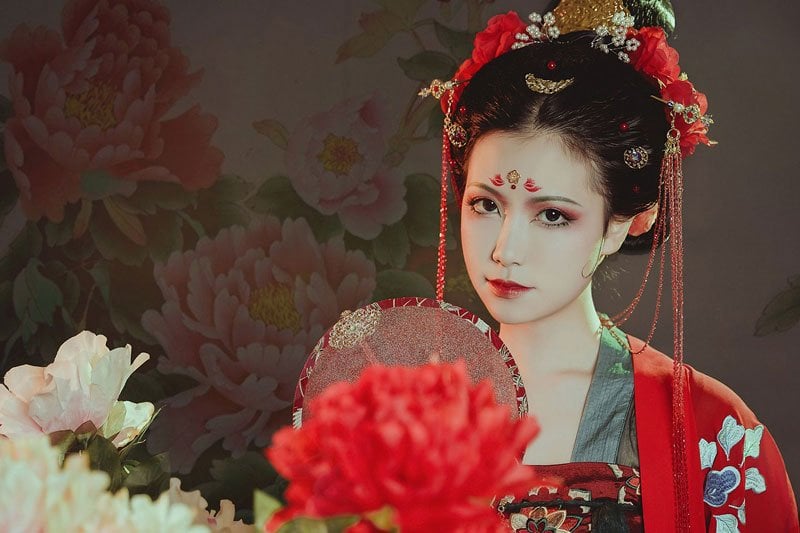