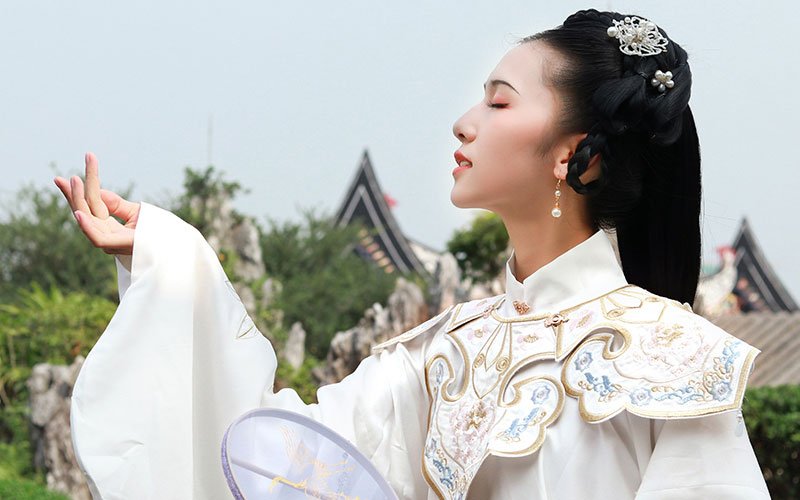 You may often see Yunjian in Hanfu, but you may never know it in detail. But in fact, it is a very important role in ancient chinese costume.

The history of Yunjian

Yunjian (云肩, Cloud-shoulder), is mostly made of silk and satin brocade. It is often decorated with four cloud patterns and made of colorful brocade. It looks like clouds reflecting the sun after the rain and rainbow scattering in the clear sky. Therefore, it is called Cloud shoulder. Yunjian is an ornament worn on the shoulder by ancient women, is one of the important characteristics of Chinese Hanfu clothing, with rich decorative patterns and profound cultural philosophy. 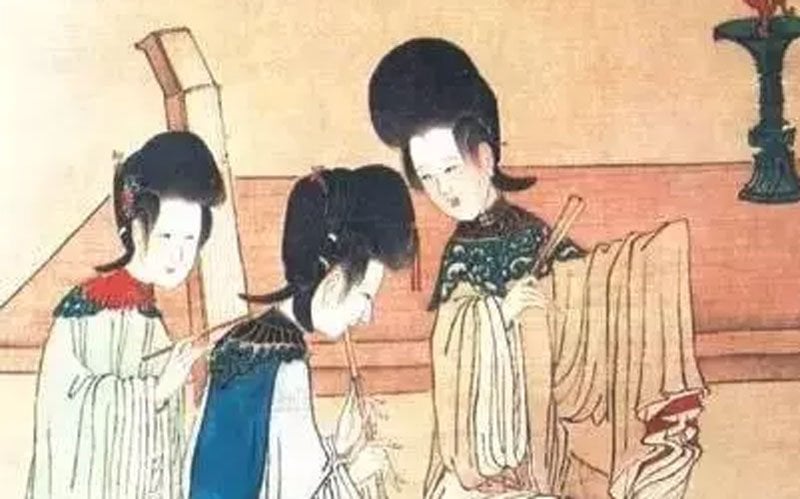 Before the Qin and Han Dynasty, there was no relevant written record. From the perspective of clothing style, it was influenced by the concept of nomadic people in the north and belonged to foreign clothing styles. The image was first seen in Dunhuang frescoes of the Sui Dynasty, and Guanyin Bodhisattva, who has been sinicized, has a Yunjian. By the Qing Dynasty (1644-1911), it was gradually popularized in all walks of life, especially in marriage, which became an indispensable dress for young women. Later, Yunjian were often worn in customary activities or weddings. 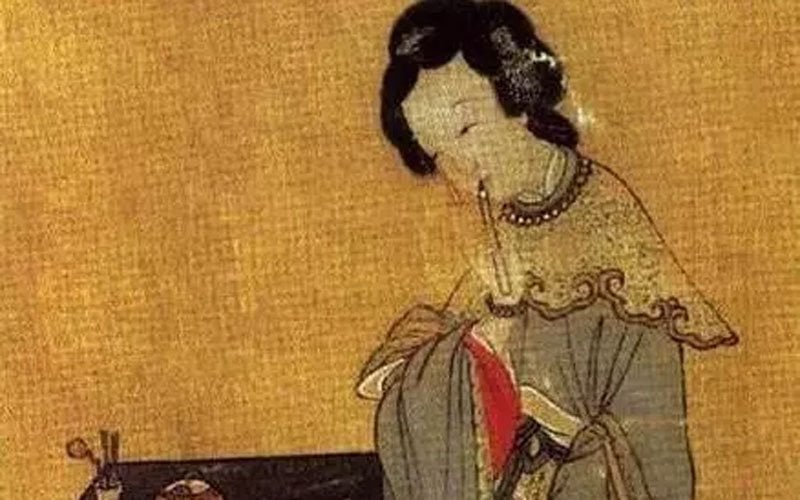 Yunjian around the neck, wear on the shoulder. Cloud shoulder is usually made into two layers of eight vertical clouds, each of which is embroidered. It takes a long time for a beautiful Yunjian to be made. Its craftsmanship is amazing. Later, the Yunjian gradually disappeared and transformed into the traditional opera women's dress shape. 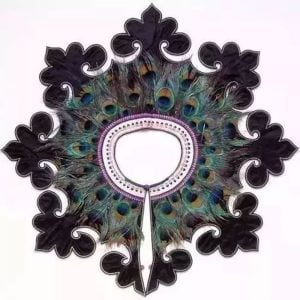 The types of cloud shoulder include symmetrical Yunjian, radial Yunjian, bead Yunjian, Yunjian with collar and without the collar, and so on. The structure of the Yunjian is around the center of the neck, with four directions, eight directions, and other different radiation patterns. The purpose is to worship the sun and symbolize four seasons and eight solar terms, which conforms to the ancient creation concept.

Yunjian has enclosed the type and half enclosed type. Enclosed type is fixed with a button or tie, which can be taken apart for wearing. On top of all kinds of exquisite cloud patterns, combined with ancient exquisite embroidery technology, various kinds of needlework embellish the patterns with good intentions such as flowers, birds, fish, and insects on the cloud patterns. There are also tassel pearls and jade, which will shake when women walk. Elegant and lovely. 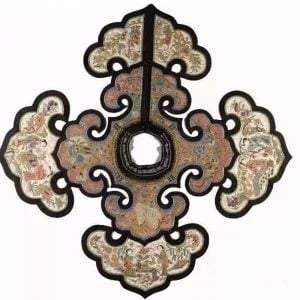 The concept of Yunjian is consistent with the artistic conception of Chinese architecture, pay attention to the connotation of "harmony between man and nature". It comes from the way of thinking of Oriental culture and stresses the mutual tolerance and harmony between all things. Traditional Hanfu is generally flat cut, only the cloud shoulder is tailored according to human conditions. When making, the three-dimensional decoration is carried out according to the different body shapes of women, so as to wear it appropriately. 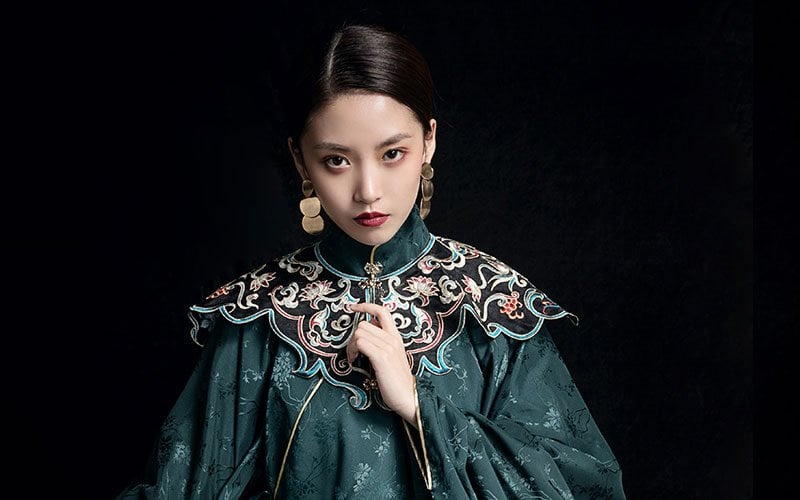 Modern Yunjian has been gradually forgotten the original cultural significance, more mainly as decoration, I hope more people can know and like Yunjian, it can also be part of Chinese Hanfu fashion. 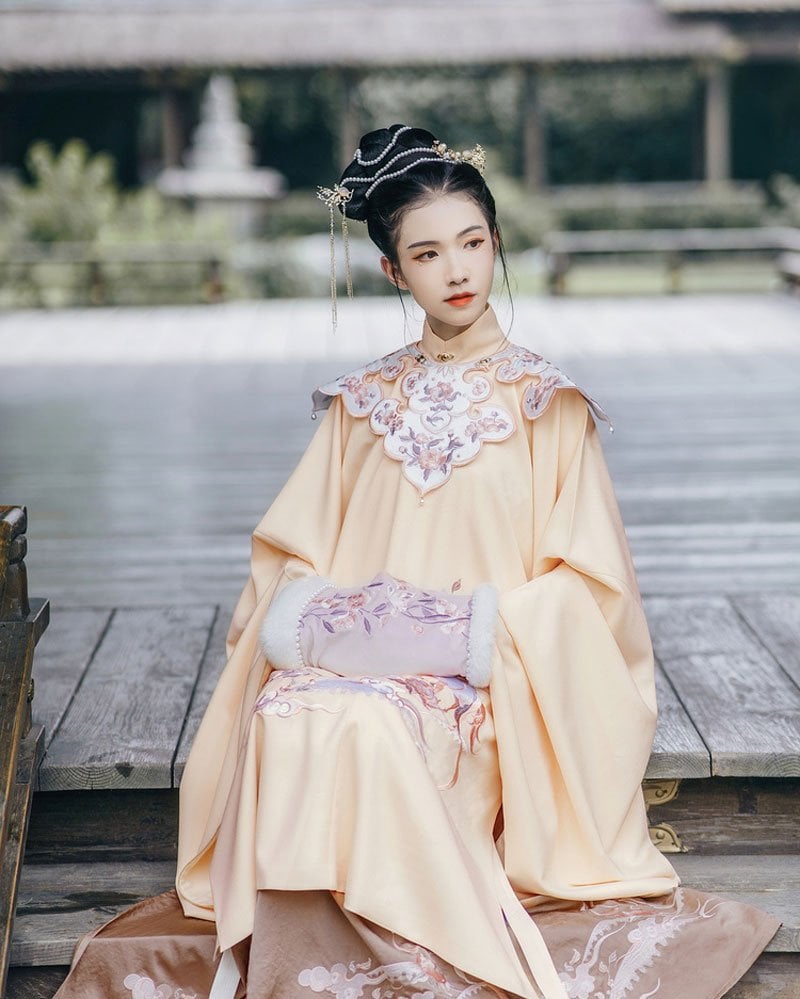 秋
Creative License: The article is the author original, udner (CC BY-NC-SA 4.0) Copyright License. Share & Quote this post or content, please Add Link to this Post URL in your page. Respect the original work is the best support for the creator, thank you!
Hanfu History
Related