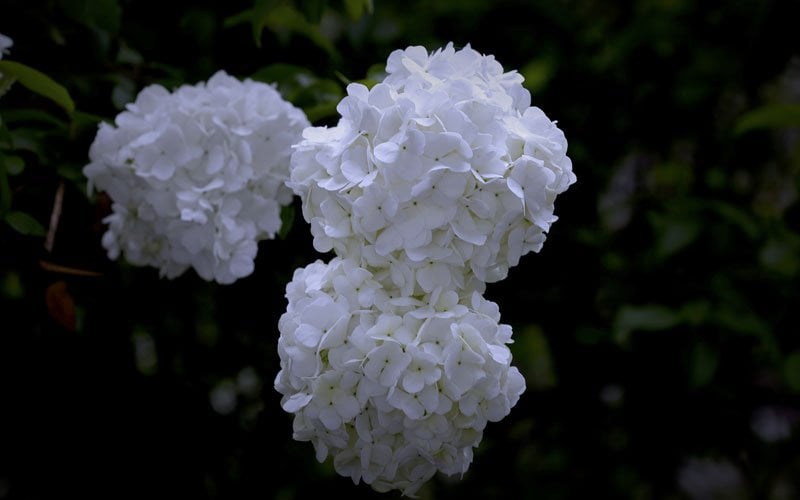 Hydrangea Macrophylla (八仙花, The Eight Immortals Flowers), it is also known as Ziyang flower(紫阳花) in mandarin. The hydrangea is plump, large and beautiful. Its flowers' color can be white, red and blue, which is pleasing to the eyes and the mind. It is a popular ornamental potted flower and widely planted in southern China. The cultivation of Hydrangea in China was very early, according to the record, it has been planted in the gardens of Suzhou in the Ming Dynasty. 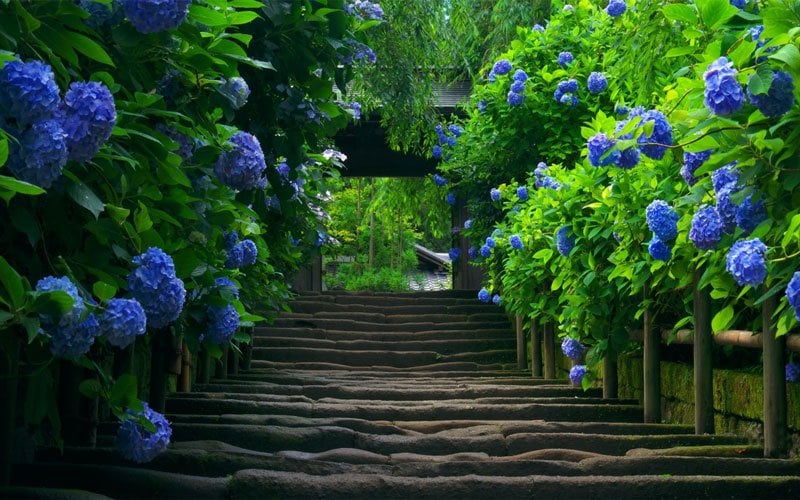 八仙: The Eight Immortals are a group of legendary Xian ("immortals") in Chinese mythology. Most of them are said to have been born in the Tang or Shang Dynasty. They are revered by the Taoists and are also a popular element in the secular Chinese culture.

The Legend of the Hydrangea Macrophylla

It is said that one time, the eight immortals went to Yaochi (瑶池: Yaochi is the place where the Queen mother of the West lives, which is now Tianchi in Xinjiang.) to attend the Peach Party (蟠桃会) of the queen mother and came back to pass the East China Sea, which shocked the Dragon King of the East China Sea. The nine sons of the Dragon King were ordered to explore the sea. Among them, the seventh Prince of the dragon king saw the beauty of He Xiangu (何仙姑) among the eight immortals, so he made waves on the sea and took the opportunity to grab He Xiangu into the Dragon Palace. 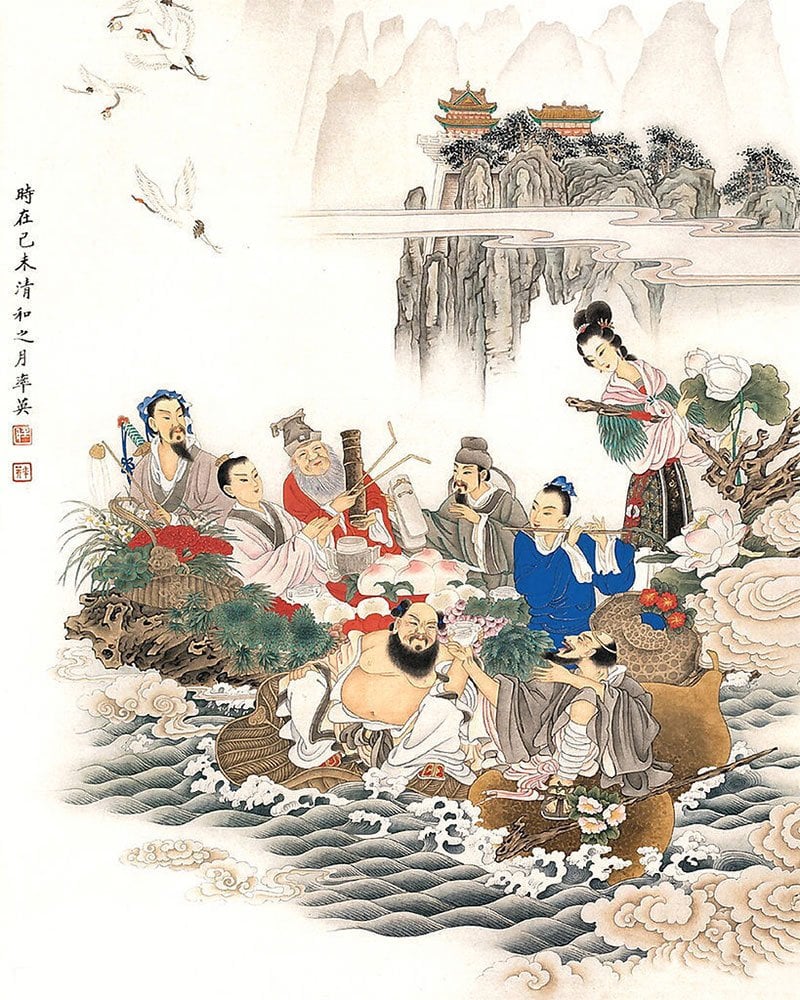 The other seven immortals were furious. They each held up their magic weapons and turned them into seven red scale fire dragons. They burst out flames at the sea. In a moment, the sea was boiling. The Dragon King of the East Sea felt extremely hot in the Dragon Palace. When he heard the deafening noise outside, the Dragon Palace shook even worse. After asking the reason, he angrily rebuked the seventh Prince, tied him up, and asked He Xiangu to sit in the Dragon sedan chair, carried by the other eight dragons, and rose to the sea to ask the immortals for their sins. The seven immortals expressed their willingness to reconcile when they saw he Xiangu returning safely.

Hydrangea is very similar to the embroidered ball. 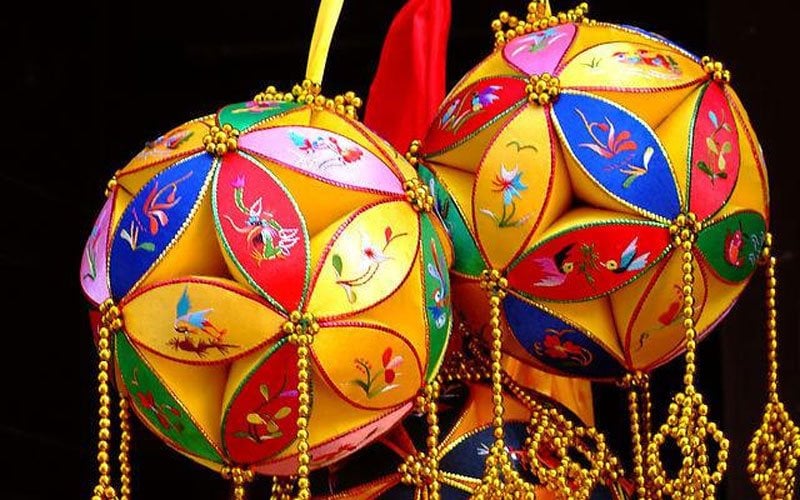 Besides, there is another kind of variety called QiuLan (球兰, Hoya carnosa), which is more similar to an embroidered ball. 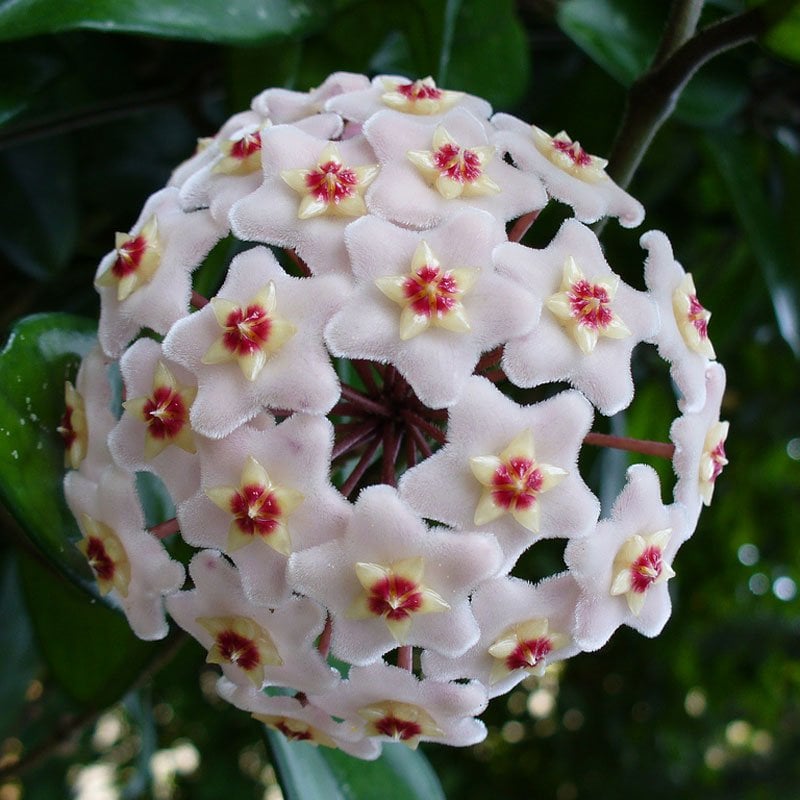 It's also called snowball flower, the small flowers are clustered in the shape of stars. It's elegant and fragrant, looks like a beautiful flower ball. Many people first see it, will think it's a paper artificial flower because it's really so delicately and beautiful.

Snowball flower has been loved by Chinese people since ancient times, and there is a special feature of it. The flower stalks of bulbils after flowering cannot be picked, because they will bloom in the same place in the spring of next year.