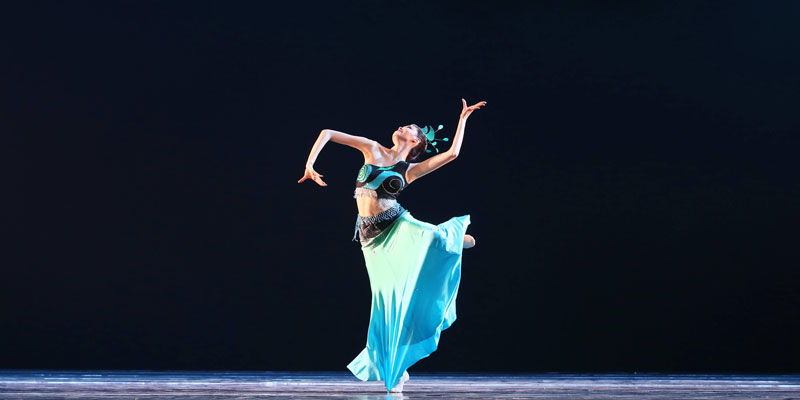 Like many traditional Chinese disciplines, the dance is crossed by a deep understanding of the relationship between man and cosmos, between mind and spirit.

The arts give meaning to people's lives. They have an important role in the establishment of the moral values of humanity and are one of the sources that man has to find the answers to the fundamental questions of his life. For this very reason, the arts influence people's values, and in turn, people's values influence the arts.

Since ancient times, music has been one of the most influential arts in society, perhaps due to the universal character that makes it more accessible to all social strata and cultures than other types of arts such as painting and sculpture, generally more reserved for certain specific circles or elites.

Confucius observed 2,500 years ago that this art form reflects social values: "There is nothing more effective than music in improving existing habits and customs," he said in Yue Ji (Notes on Music). He also said, "Music is the sublimation of morality." 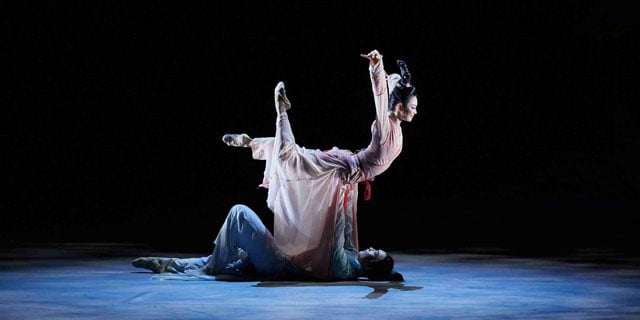 With its close connection to music, the dance of course can also affect a person's moral code. "One knows a person's principles by watching him dance," Confucius noted. On a larger scale, one can know the principles of an entire society through its dance.

Traditional Chinese dance, the dance of the "Divine Land."

In ancient times, China was called the "Divine Land," as the 5,000 years of its culture are traversed by a deep understanding of man's relationship with the cosmos, and the conviction that human beings have a divine origin to which they must return. This character is evident in all aspects of ancient Chinese society, from architecture to agriculture, from science to the arts. And dance is no exception.

This requires dancers to be in the right state of mind, and also to be able to let the spirit guide the movements, to precisely control every part of the body. In perfecting their physical body and skills, dancers also need to perfect their moral character and willpower." 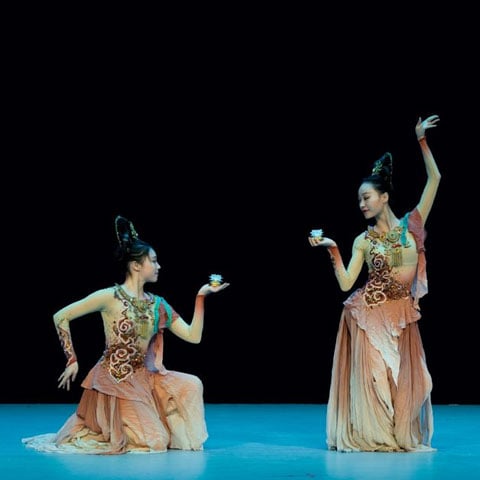 The technique of Chinese dance

A dancer should be like a lotus flower gliding in water. She should have a straight and tall figure, like the stem of a lotus flower. However, the movements should look natural and effortless. A dancer should walk with the tips of his feet outward and with his knees slightly bent

Classical Chinese dance is different from Western ballet. Ballet emphasizes lines while Chinese classical dance emphasizes harmony and circular movement. For example, "orchid toes," a typical Chinese dance position, requires the toes to be slightly arched and the shoulders slightly bent. A dancer will never hold his arms outstretched unless it is an act in which he is condemning someone.

Like classical Western ballet, Chinese dance is a very demanding discipline that requires a great deal of preparation, although the technique is different. "Although there are also ballet-like exercises in Chinese dance, on a barre or on the floor, the basic methods of expression differ: a ballet dancer extends the line of her body; Chinese dance, on the other hand, expresses the lines in different ways. 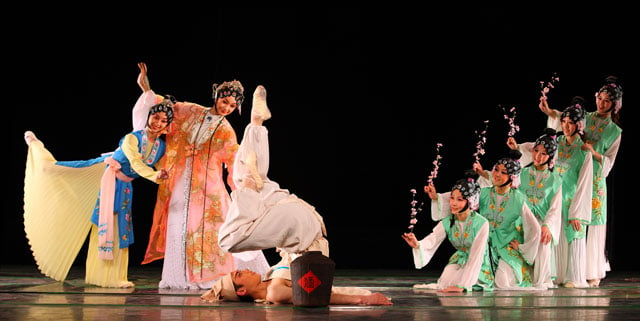 In classical Chinese dance, dancers may need to tilt their bodies, form a circle with their arms or bend their legs to express different lines. When they reach the exact requirements of the movements, they will express the elegance of Chinese dance. Because of the range of movements, Chinese dance makes it possible to portray a wide range of characters, feelings and personalities."

In addition, there are other important techniques in Chinese dance, such as circle, turning, bowing and bending. We will explain a little about these techniques.

Bending refers to the fact that a dancer should keep his knees slightly bent, otherwise he would look like he is just walking on the stage and would not be able to portray any character. These are the details that Chinese dancers must practice over and over again.

Leaning means that a dancer should not stand on the stage as if she were a stake. Her body should move like the stem of a lotus swaying gently in the breeze to present the natural beauty of the human body.

In ancient China, when a maiden saw a man, she would immediately blush. Then, she would cover her face with her sleeve and lower her head. That is the natural elegance of a Chinese lady. With these detailed body movements, the audience will know what is in her mind. A dancer should show courage and heroism in her movements and her eyes should also show the necessary spirit. Only by incorporating spirit, elegance, form and body movement will a dancer be able to fully express the unique style and elegance of classical Chinese dance, making it clear that to achieve a good performance, a dancer needs much more than good technique.

As with other arts, dance in China was not transmitted in a systematic way as in the West, i.e. there were no academies or specialized institutes to learn the techniques. In the different periods of Chinese history, it was the warriors who performed the dances, either for the general public or for the Emperor himself, and they made movements, turns and attacks with martial arts techniques. 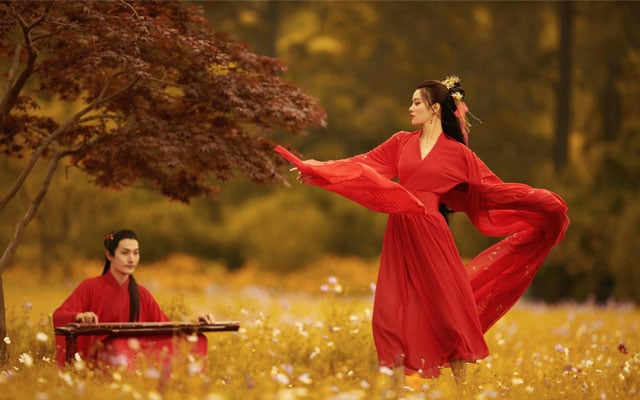 For this reason, the advanced techniques of Chinese dance include throws, jumps and turns that are more difficult to do and require greater technical mastery than those of classical ballet. Also, because there has been no systematic teaching until recent times, Chinese dance has many more creative possibilities than classical ballet, as it has more movements and 5,000-year history of which many things can be told.

"This differentiates it from ballet, as ballet has a certain number of movements, and if one goes outside of these, it is no longer considered ballet. Chinese dance, on the other hand, has no limits on the number of movements, and what is really difficult in Chinese dance is to perfect the technique and the appropriate state of mind to transmit the whole meaning of the spirit with a single movement

Of course, between Chinese dance and classical ballet there is yet another difference that is not only about techniques, but about something deeper, which the Chinese call "yun (韵)". This "yun" is an innate cultural characteristic, and is particular to each ethnic group, as if the cultural heritage were imprinted in the genes. This is another reflection of the Chinese understanding that body and spirit are the same, as this "yun" is the reflection of a person's ethnicity in their movements and character, something that in the West are considered different things.

This "yun" is so deep and unique to each ethnicity, that even if a Westerner grew up in China and learned the dance from a young age, he could never represent it the same as a Chinese, because this "yun" is manifested in every movement, even in the simplest ones such as lifting an arm or a leg and facial expressions. This is because "yun" is not something that can be learned, but is inherited by the cultural history of one's own ethnicity, like a bond that unites people throughout history.

Through these performances we seek to show the audience the traditional values of Chinese culture, nobility, righteousness, decorum. With this we aspire to show that there is a hope to recover traditional values and to stop the world's accelerating moral decay. We believe that the gods have bequeathed us a precious heritage, a unique culture that unfortunately has been lost, both in the East and in the West.

Recognizing the "yun" that the gods left within us is essential for us to remember who we truly are. Art can help us remember, and that is one of the roles these classical Chinese dance performances are playing.