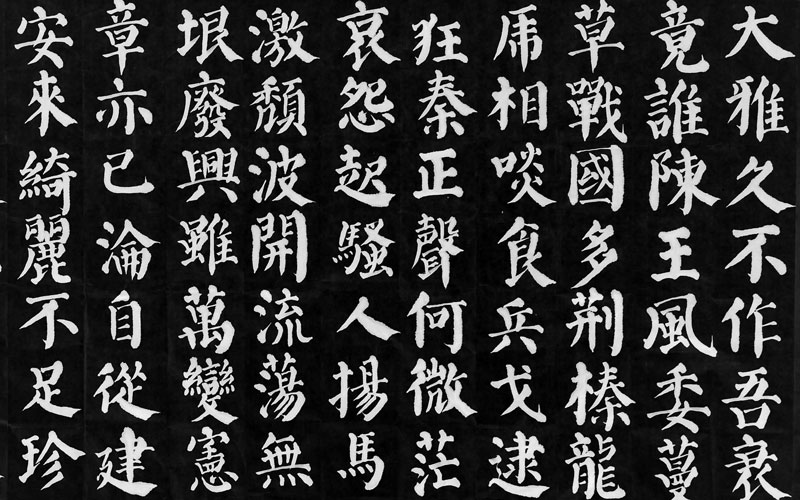 Chinese calligraphy (书法), is one of the oldest art forms in human history. The mastery of movement and quality of line work has a history of thousands of years, in which the style and technique have always evolved. Artists like Ouyang Xun, Wang Xizhi, or Ngan Siu-Mui gave calligraphy its graceful character.

While for some, the art of strokes is seen as the reflection of one's state of mind, calligraphy is usually associated with relaxation, escape, and spirit. Let's find out to what extent Chinese calligraphy, as a solid core of culture since the age of antiquity, can help us learn to write Chinese.

An absolute beginner's guide, which will help you with helpful tips and tricks to learn the Chinese script quickly and efficiently, can be found here!

Can you learn to write Chinese with penmanship?

Whether as a philosophy of life, as a realization moment of the true presence or as a perfection of the skill of man: Calligraphy is a multifaceted ancient art.

The traces of Chinese populations through the centuries of the Xia, Han, or Ming dynasties tirelessly sharpen the quest for calligraphic aesthetics.

Just like the art of writing, the writing of Chinese characters is based on some rules, especially concerning the sequence of lines.

In itself, Chinese writing could be called calligraphic. Nevertheless, it is not to be confused with the art of line work.

Our initial question can thus be answered unambiguously: By learning the timeless art of writing, it will be easier to master Chinese writing as well.

Today there are six reference styles of Chinese calligraphy. They have influenced Han characters for several millennia.

● The Jia Gu Wen script is more than three thousand years old and probably originated under the Shang or Yin dynasty. Only in the last century have researchers found traces on turtle bones and shell remains. 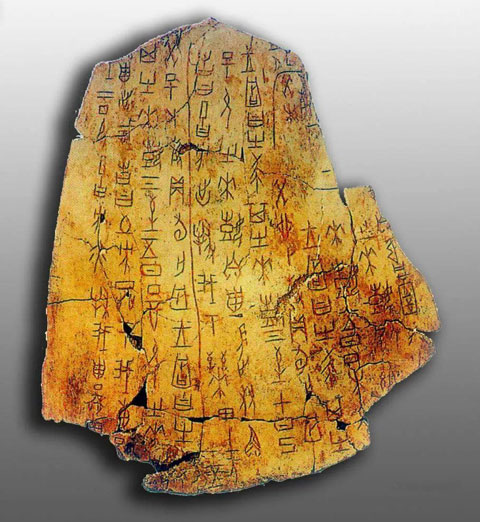 ● The Signillary The Zhuanshu script was developed during the Zhou dynasty period. The calligraphic writing style was mostly used on bronze (jinwen) and is still relevant today. 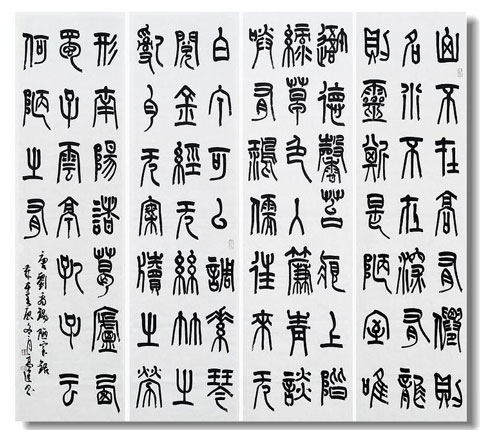 ● The official Lishu script was established with the Empire. It was used by the administration thanks to its quick and easy applicability and is closely related to contemporary sinograms. 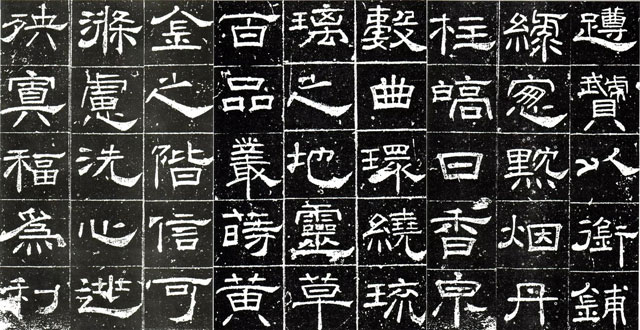 ● The regular Kaishu script: Already under the Han dynasty in the 3rd century AD, this style of writing was considered an elegant, regimented style. It corresponds to the calligraphy style taught in Chinese schools. 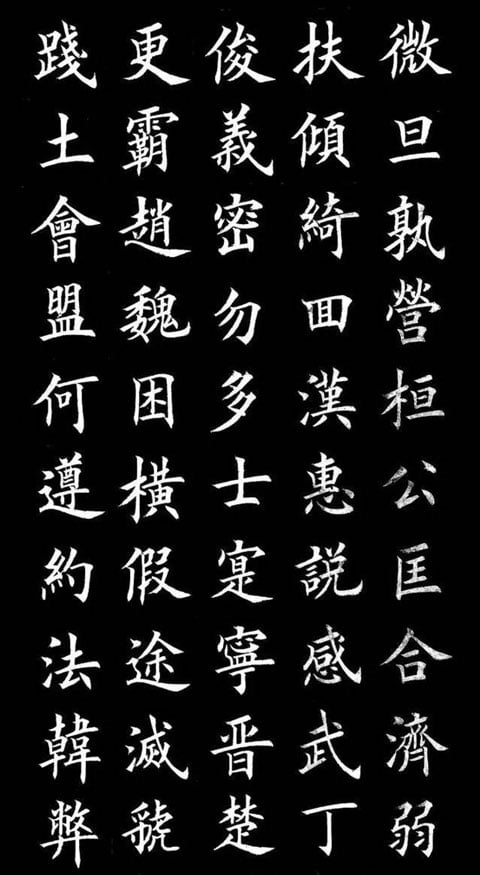 ● The current Xingshu style is a derivative of the regular script in cursive version. Also created during the Han Dynasty, the script promotes writing speed.

● The script with grass or caoshu is characterized by its branched, free style, where the letters seem to be connected to each other. Written without the imaginary frame, it leaves room for many variations and is therefore sometimes difficult to read. 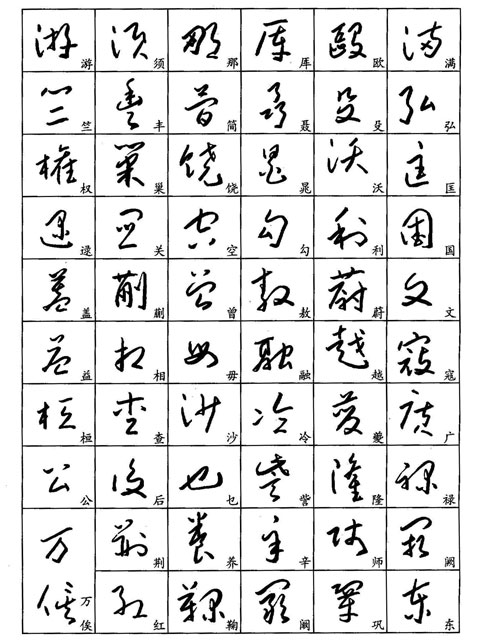 Is learning to write Chinese through calligraphy possible for everyone?

Learning calligraphy in the western world

The art of Chinese calligraphy continues to inspire enthusiasm for China and its culture here in the West. It is part of mindfulness, relaxation, and meditation exercises.

Learning to speak Mandarin is only one of the many offers you can find in Chinese language courses. Calligraphy courses are also very popular and can be combined with the units for learning to speak and write Chinese.

Like any other art, calligraphy requires a certain talent and attention. If you devote yourself to this hobby on a daily basis, you will quickly perfect your skills.

The art of writing is especially accessible to motivated people, as they usually already have a whole repertoire that covers the necessary basic equipment without any gaps. Just like other hobbies, such as fishing or playing soccer, you need certain utensils for calligraphy drawing.

The Chinese call the following equipment the "four treasures":

● The calligraphy brush: The size, the bamboo handle, and the bristles must be adapted to your hand and to your drawing style. The bristle hairs usually come from goats or wolves. Make sure they have their original shape before you let them dry.
● Chinese ink: Calligraphy ink is usually liquid. Look for ones that don't drip too much.
● Rice Paper: There are several sizes, shapes, and materials to choose from. Follow your mentor's advice before buying paper. Some sheets absorb a lot of ink, others (the yellow ones) are just for testing.
● The Inkwell: This ancient item allows you to obtain liquid ink using a solid piece of ink and water. 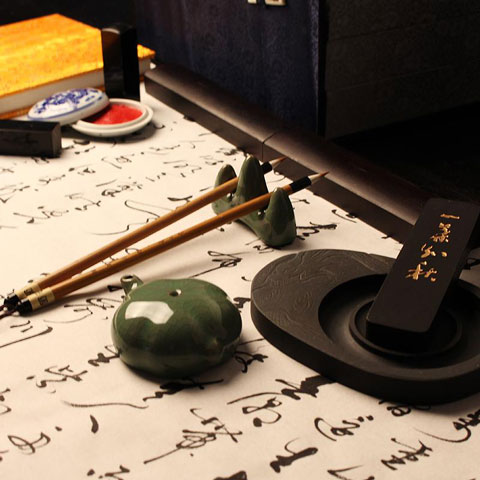 Chinese calligraphy as a reading aid

We have found that some of the Chinese writing styles are very old. For example, the Ouyang Xun dates back to 580 AD. One would spend years adapting these characters to contemporary written Chinese.

Technically, Chinese calligraphy is a boon to all cultural scholars and other researchers of Chinese culture. It makes it so much easier to study Chinese writing.

An imaginary framework to consider when writing Hanzi. This must also be observed in calligraphy in order to respect the line length and proportions of the characters. Thus, a regular, geometric form results almost by itself. 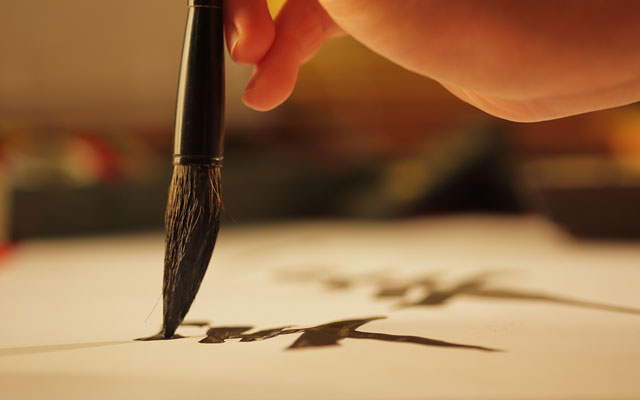 Each character is broken down into successive lines that correspond to a certain order and typology.

The calligraphy standardized today is written from left to right and horizontally. It is therefore an indispensable basis for learning Chinese characters.

● Vertical: From top to bottom.
● Horizontal: From right to left.

Mastering these writing directions can be especially useful when reading ancient literary works. Therefore, when introducing calligraphy, beginners are often asked to identify the eight basic functions of the "Yong (永)" character. 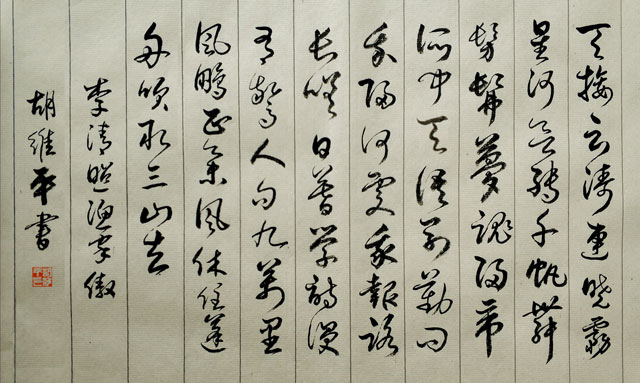 Misty
Creative License: The article is the author original, udner (CC BY-NC-SA 4.0) Copyright License. Share & Quote this post or content, please Add Link to this Post URL in your page. Respect the original work is the best support for the creator, thank you!
Related