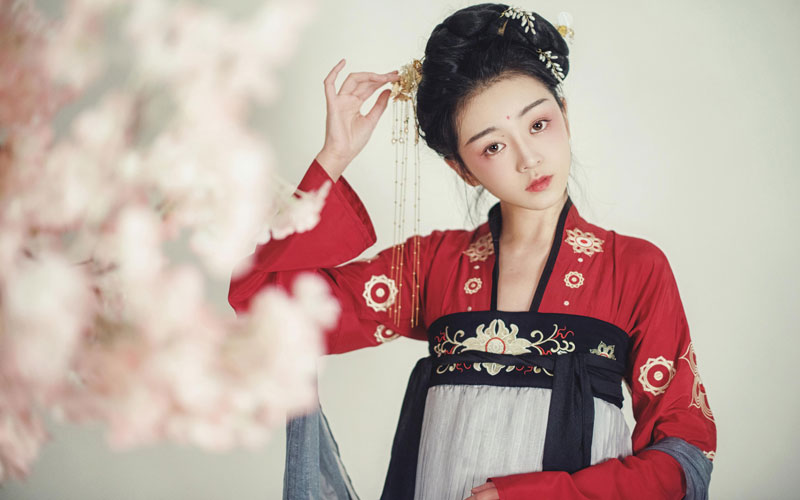 Do you like to dress up and transport yourself back in time to another era? Well now you're in luck because the "Hanfu" fashion is coming back with a bang.

The Hanfu (汉服, hànfú) is the name given to the traditional Chinese clothing worn long before the 17th century by the Han (汉族, hànzú). In fact, it literally means "clothing of the Han" who are the majority ethnic group in China.

The hanfu, has influenced different traditional dresses in Asia, such as the kimono in Japan, the hanbok in Korea, or the áo tú thân in Vietnam.

It appeared in China more than 3,000 years ago and it is said that it was the Yellow Emperor (黄帝, Huáng dì), an important character in Chinese mythology and legends, who began to wear it as his regular garment.

During the Western Zhou Dynasty (c.1046 - 771 BC) it began to be used as a social class differentiator.

Status and prestige could be seen in the degree of decoration of the dress, the length of the skirt, the width of the sleeves, and the patterns. 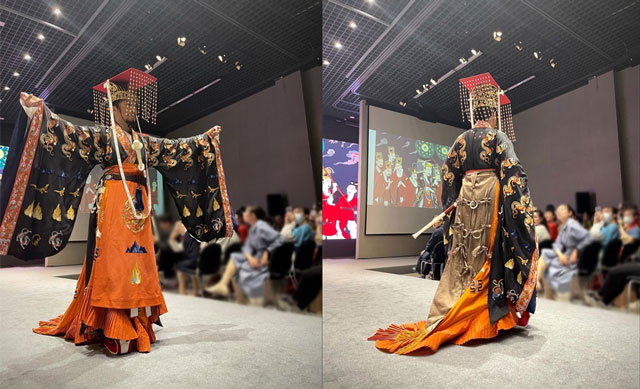 When the Qing Dynasty (1644-1911) came, which was founded not by Han Chinese but by an ethnic minority from northeast Asia, the Manchus, a firm policy of changing hair and clothing was introduced.

The Han ethnic dress was banned and men were forced to shave their hair. Moreover, during this dynasty, the "qipao", a famous Chinese high-necked dress, appeared.

However, some consider that this costume does not faithfully represent China since it came from the Manchus, a non-Han ethnic group that invaded China.

With the fall of this last dynasty in 1911, thousands of years of imperial reign came to an end and this brought the westernization of the territory, which influenced the way of dressing. On the other hand, the foundation of the People's Republic (1949), which put an end to culture and tradition, also denigrated the use of traditional costume.

Thus, traditional dress and hanfu were relegated to festivals, ceremonies, monks, and priests, until...

In the 21st century, a social movement called the "Hanfu Movement" (汉服运动, hànfú yùndòng) began to develop. The aim is to promote and protect the culture, traditional Han ethnic dress, and the pursuit of Chinese identity.

In 2003, the website 汉网 (hànwang) was created to promote this traditional Han clothing and to recover the importance it had in ancient China. 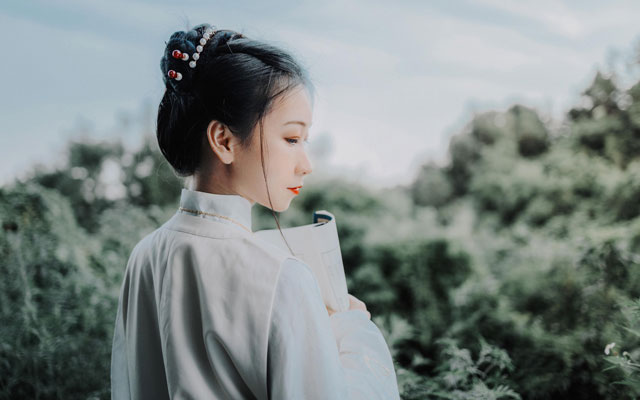 On the other hand, another objective of this website was to remember the strength of Han culture and how flourishing and prosperous it became so that it would not fall into oblivion again.

The reappearance of this garment has also been helped by the successful Chinese series set in ancient times that tell tales of love, tragedy, drama, and fantasy stories, and of course, the characters wear the traditional hanfu. This has been a great attraction for young people and many of them participate in conventions, contests, festivals, and dances.

This has also been a very controversial movement as some feel that the concept of ethnicity is overly extolled. However, most supporters of this dress wear it to show their appreciation for traditional Chinese culture, fashion, artistic expression, and personal enjoyment without any tinge of nationalism.

The idea is not to impose the costume on others, but to be able to wear our traditional dress, as other ethnic minorities do in China. 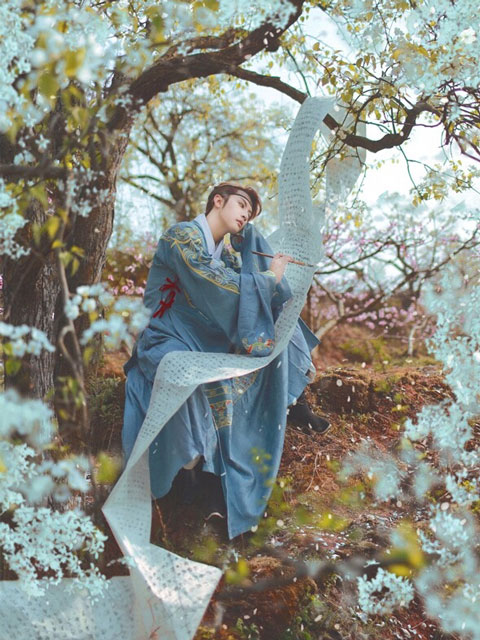 What Does It Symbolize?

-The sleeves represent the moral relationship and between nature and the creative power of the human being.

-The girdle that holds the dress to the body represents the limitations that the human being imposes on himself to commit immoral acts.

-The stripe on the back of the shirt symbolizes perfection and moral rectitude, therefore it should never be tilted.

-The upper part of the hanfu symbolizes Heaven, while the lower part symbolizes Earth. In this way, the human being who is the microcosm is a representation of the universe which is the macrocosm. 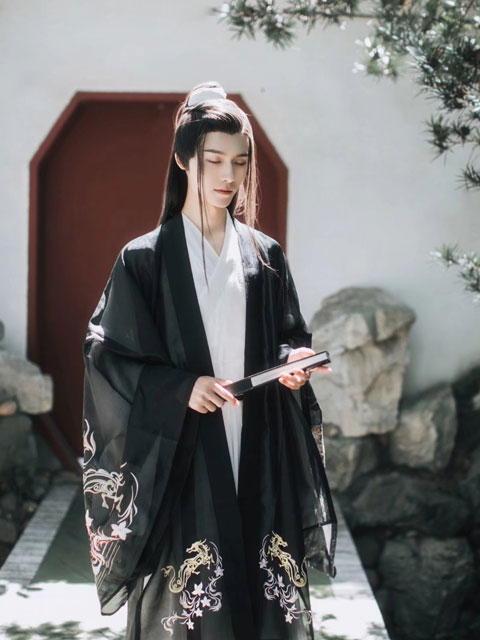 There are different styles of hanfu, one for each of the dynasties that ruled the Han throughout Chinese history, they are combined in different ways and have different prints, embroidery, and colors.

It is one of the oldest traditional costumes in the world, a whole palette of colors and shapes; from dragons to cherry blossoms. Wearing this costume is a ritual that takes the wearer back to ancient China and gives a taste of Han ethnic culture.

For dressing up and also for work

In addition, hanfu is so different from modern clothing that for many it becomes an ideal choice for cosplay or disguise.

Donning one of these outfits can offer novel experiences to the wearer and make them feel as if they are traveling back in time. Now it's common to see young people dressed like this in historical sites and ancient parks who recall that they are the ones driving the revival. 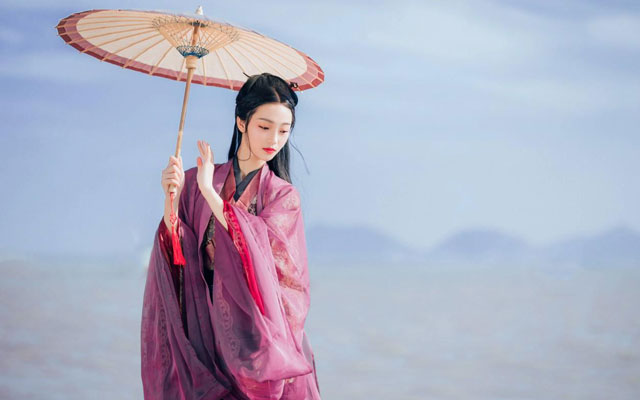 For them, wearing hanfu can be more fashionable than luxury brands anywhere in the world. It satisfies their need for novelty and to show off their personality.

Short videos circulating on the Web have also helped. They feature people wearing hanfu to do everyday activities, such as skateboarding, hip-hop dancing, working in a factory, or eating Chinese fondue.

Those posted on the Douyin platform, known as TikTok outside China, have received more than 10.8 million views.

Today, two types of costumes coexist: the one that is cut strictly by the traditional pattern, which is reserved for special occasions; and the updated one, which is inspired by the original but includes modern elements and Western-style details. Depending on the model, a hanfu can cost from a few tens of euros to several thousand. 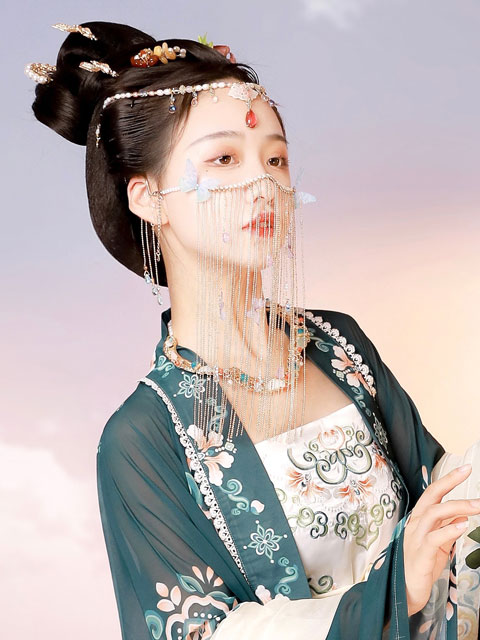 What is a Modern Hanfu? 2021 China’s Fashion Guide

April
Creative License: The article is the author original, udner (CC BY-NC-SA 4.0) Copyright License. Share & Quote this post or content, please Add Link to this Post URL in your page. Respect the original work is the best support for the creator, thank you!
Related