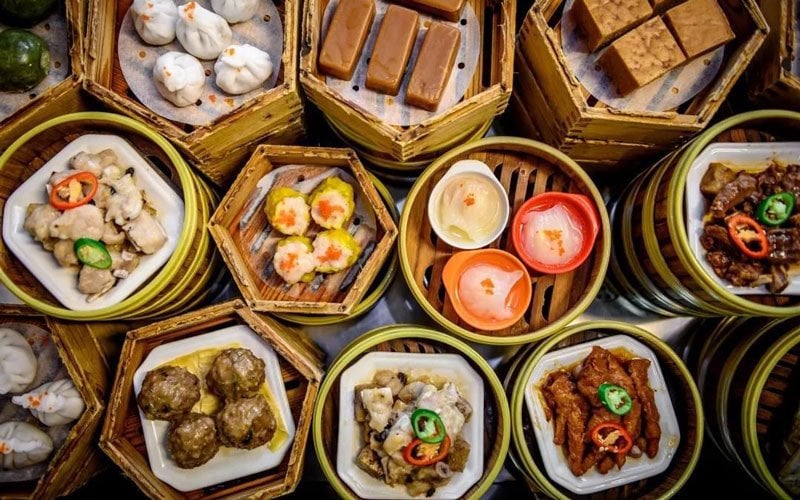 If you have just booked your holidays, hotels or organized trips to China, you should prepare yourself for everything this ancient culture has to show you. One of the aspects that will surprise you the most is the typical Chinese food, summarized in dishes of special flavor and mostly seasoned with vegetables. And the fact is that Chinese dishes have, above all, very intense flavours.

A typical Chinese meal will have two things: a carbohydrate or starch such as noodles or rice to accompany stir-fried or vegetable, fish and meat dishes. They use a lot of fresh vegetables like mushrooms, bamboo and even tofu. In northern China, wheat-based side dishes such as noodles and steamed buns dominate the table, in contrast to southern China, where rice is the favorite. Short grain sticky rice, grown throughout southern China, is an absolute must in Chinese cuisine.

Typical Chinese food is as diverse as its culture: each region has its own menu and typical dishes. Cooking styles, ingredients, flavors: all differ from region to region. The most important regional cuisines in China are Anhui, Cantonese, Fujian, Hunan, Jiangsu, Shandong, Szechuan and Zhejiang.

Cantonese cuisine is famous throughout the world for its distinctive style. Most dishes are steamed and fried, which makes it healthy and not too heavy. Here the dishes are tender, slightly sweet and have a mild fragrance.

Shandong's cuisine originated in eastern China and features mainly fish and seafood dishes, as it is a coastal province. You will find scallops, prawns, clams, sea cucumbers in almost every menu. They depend to a great extent on salty flavors.

Zhejiang's cuisine also draws on seafood, but focuses more on mild, fresh flavors. Their food has a delicate appearance. They also like to use bamboo shoots. This province is famous as the "land of milk and honey.

Similarly, dishes from the Jiangsu region are known for their smooth texture. In the past, it was a prominent part of the royal cuisine of ancient China. Its dishes offer a balance of sweet and savoury flavours.

Sichuan cuisine is known for its bold, spicy and... very spicy flavors. The use of the Sichuan peppercorn is what makes it unique in the world. This regional Chinese cuisine is for those who love spicy flavor.

Anhui's cuisine uses a wide variety of herbs and vegetables, especially fresh bamboo and mushrooms. It also uses many wild herbs to improve the taste and aroma.

Fujian's kitchen has many broths and soups, opting more for cooking styles such as stew, steam cooking and boiled dishes.

Hunan's cuisine is known for its spicy flavor, fresh aroma and deep color. This province is popularly known as the "land of fish and rice". It is famous for its stews, but its cuisine also features many stewed and baked dishes.

Chinese food, considered the biggest cultural exchange between China and other countries, is famous for its colors, aromatic flavors and the variety of its dishes and regional ingredients.

Each dish focuses on creating a balance between three aspects: appearance, aroma and taste. They pay a lot of attention to the aesthetic appearance of the food and its colors. Sauces and condiments such as fish sauce, oyster sauce, soy sauce, vinegar, fresh ginger and others are used generously to provide a complex play of taste and aroma.

Chinese food and the way it is prepared is influenced by the two main philosophies: Confucianism and Taoism. One of the rules established by Confucius was that food should be cut into small pieces before being served. Those who follow Taoism focus more on foods that promote health and longevity and those that have healing powers.