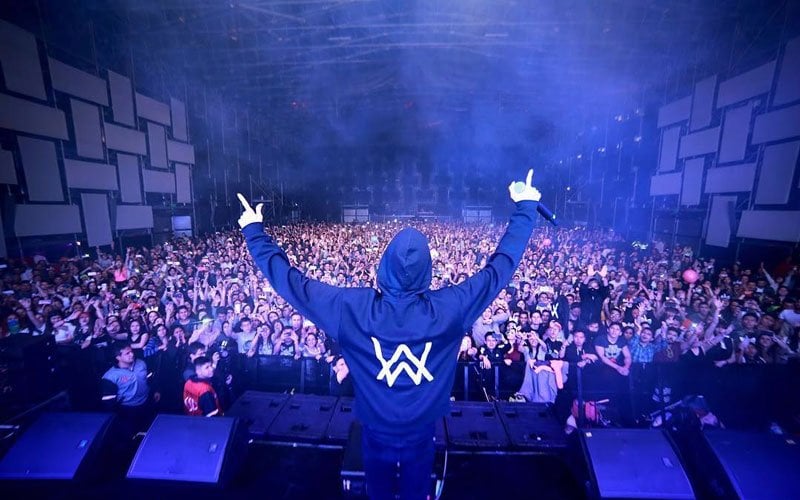 Do you know any famous European or American singers who have been on "Tour" in China? My criteria is that there must be at least four cities in a single round, because Beijing, Shanghai, Guangzhou, Hong Kong, Macau and Taiwan are the most common concert venues, and foreign singers who can perform in four of these cities are very powerful and a symbol of popularity. So let's start reviewing the list of singers who have made the cut.

Jessie J is truly a super tour of China, starting August 30th and going through Wuhan, Zhengzhou, Chengdu, Beijing, Changsha, Wuxi, Shenzhen, Hangzhou, Tianjin, Shanghai, Taipei and Hong Kong, with 12 cities. It is really the most number of European and American artists who have ever toured China in a single round.

Jessie J's conscientious and dedicated spirit is worth learning from many artists, and I hope that Jessie J's album will sell well and become a top-tier singer in China.

Bruno is definitely a touring sensation and an instant box office hit with no suspense. For some reason, they were only able to play three concerts in Shanghai and two concerts in Macau and Hong Kong. His physicality and energy are really good and the Grammy winner name is well deserved.

But in fact, the Moonshine Jungle Tour in 2014 has already filled four cities, Beijing, Shanghai, Taipei, Hong Kong, so the Mars concert is very easy to see, although I still did not get the tickets, oh~~ Next time I must get the tickets!

I was actually a bit cautious at the beginning of Ariana's tour in the mainland, I felt that it was not easy to open up, indeed the ticketing process was not as exaggerated as the Martian brother, but fortunately, it was sold out later.

The concert atmosphere was hot, the visuals were excellent, and overall, it was a big success. I don't know if The Sweetener Tour has a Chinese section, if it does, I'll probably go to support it, after all, there's Honeymoon Avenue this time.

Shanghai and Guangzhou each held a concert, of which Macau played two in a row, and Shanghai also played two, the popularity of the fruit sister was quite good that year.

One has to mention another superstar here - Taylor Swift doesn't have enough cities or venues, and the reason for the emphasis on having four cities is to avoid repeating in one city (otherwise it wouldn't be a tour). Although Taylor held three in Shanghai for three days in a row, it was also strange that none of the other cities went.

China has been attracting international singers on a large scale since 2010. Mariah Carey is one of the famous overseas artists to enter the Chinese market at this time.

Mariah Carey first came to China in 2003, opening two shows in Shanghai. In 2014, The Elusive Chanteuse Show returned to China, kicking off a tour in Beijing, Chengdu, Chongqing, Tianjin, Shanghai and Taipei.

So far don't understand why Bieber would go to Dalian for a concert, if anyone knows, you can leave a message and share it with me.

Believe Tour chose Beijing, Shanghai, Dalian and Macau, and it was really hard to get a ticket. I didn't get a ticket at the time and still regret it, I feel like I missed out on one of the greatest male singers of this age. Unfortunately, Bieber's next tour still doesn't have any news.

Avril Lavigne, one of the top North American artists with the largest fan base in China, has been on tour in China with great success and in 2008, Avril embarked on a huge tour of China that took her to Taipei, Macau, Guangzhou, Chengdu, Lijiang, Shanghai, Beijing and ended with a world tour of The Best Damn Tour in Beijing.

Avril Lavigne's status as a pop music princess is truly unshakeable, and she returned to China at the end of 2012 for a five-city tour. Her concert tickets are really hard to catch and it feels like her tour in China could go on forever.

There are two Bug-rated male groups in China, and their appeal is undeniable in China and throughout Asia.

The Backstreet Boys have been coming to China for every round of the tour since 2005, and the shows in China are getting bigger and bigger, to a degree that even most domestic artists can't do, and in 2008 they toured four cities in China for the first time: Hong Kong, Taipei, Nanjing, and Hangzhou, and achieved great success.

In early 2015, they were back with the biggest tour ever!!!! Wuhan, Beijing, Dalian, Hong Kong, Macau, Chongqing, Shanghai and Taipei were again fortunate to win. Despite the seven-year gap, every performance was packed, and all tickets were sold out in one day.

I still put Westlife in the finale because their farewell show started in China, and in 2012 the Westlife announced they were disbanding and started a farewell tour, starting in Beijing, China, with eight stops in Hangzhou, Shanghai, Shenzhen, Wuhan, Chengdu, Guangzhou, Hong Kong, and then back to England, never to be anywhere else.

Westlife isn't exactly a global group because they didn't break into the US, but there's no doubt they're as hot as the Backstreet Boys in China.

I actually thought there would be a lot of rock teams coming to China, but there aren't, and that's the biggest difference between the touring market in China and the foreign market. In recent years, hot bands such as Maroon 5, One Republic, Imagine Dragons, etc. have all visited China, but not too many times.

In the end, what's your favorite singer? If they came to China for a concert, would you go and support them? Feel free to leave a message.

How to Use Metro in China - Best City Subway Guide