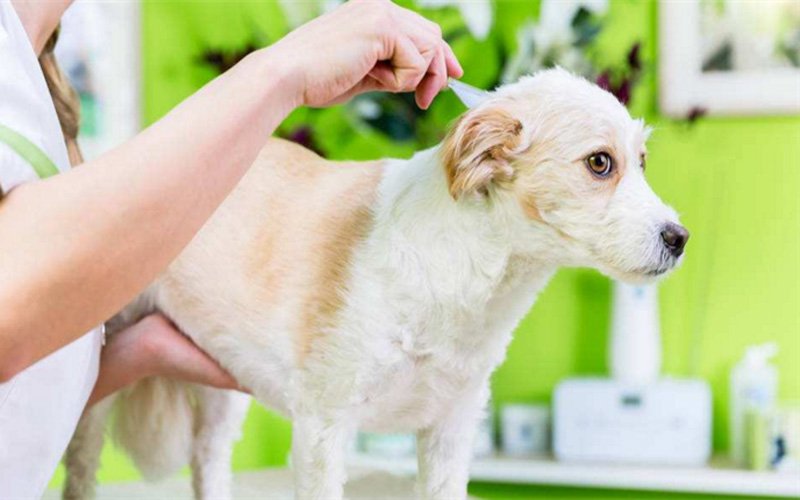 If you've been living in China for a long time and want a pet, then this article will introduce you to 15 of the best pets for foreigners. These animals are officially allowed to be kept, so you don't have to worry about getting into trouble for keeping strange animals in your house.

For a long time, in addition to traditional pets such as cats, dogs, birds, and ornamental fish, there are also some alternative pets that are well-loved by people. So which animals can be kept as pets? Here are 15 pet species, let's take a look!

15 kinds of pets suitable for foreigners in China

The dog is a psychic animal that has been domesticated by humans for thousands of years, with a keen sense of smell, agile movements, sociable and loyal to its master. Dogs are man's best friend, and in many countries, dogs of all shapes and sizes have long been the most beloved family pet.

A pet cat can be a perfect animal: it is good-looking, dedicated, independent and not dependent on its owner. The cat's sensory organs are extremely well-developed and are always keenly responsive to its surroundings.

All cats have innately noble characteristics. Compared to cougars, cats are very docile, and unlike other domesticated animals such as dogs, cats also have a slightly wild, unruly personality of the past.

The chinchilla is a rabbit-sized chipmunk native to the Andes region of South America, famous for its soft, beautiful fur.

Chinchillas love to live in groups, are good at jumping, and are timid and afraid of being disturbed. It is used to sleeping peacefully during the day and foraging at night. On top of that, they usually enjoy the sun.

There are eight breeds of pet hamsters in China, the most common of which is the white hamster.
Hamsters are small, but extremely reproductive, so if you start out with 2 hamsters, it won't take long for them to become a bunch. And hamsters have a very short lifespan, with most surviving only 1 year.

China has been raising goldfish for thousands of years, and as the most famous ornamental fish in China, there are hundreds of species.

So, if you are trying to raise fish for the first time, you certainly can't go wrong by choosing goldfish. Even if a problem arises, it is not difficult to find a solution by searching online.

People first started keeping shrimp to remove algae from their tanks and to prevent the water from becoming turbid. Later, people found many kinds of colorful shrimp, even more beautiful than fish. Thus, it became a tradition to raise fish along with shrimp. There are many types of pet shrimp, including river shrimp, grass shrimp, prawns, lobsters and etc.

Squirrels, characterized by a long, fluffy tail and a well-proportioned, flexible body. Depending on the living environment, the squirrel family is divided into tree squirrels, ground squirrels and stone squirrels.

The fun thing about keeping a squirrel is that you can share all kinds of nuts with it, and it will be your perfect companion when you snack.

By pet bird, we usually mean a bird with a high IQ that can interact with people.

Generally speaking, the species suitable for pet birds are canaries, pugs, painted eyebrows, centurions, parrots, etc. Of course, you can also keep white pigeons, which are the most common pet birds in China.

Guinea pigs, also known as Dutch pigs. Dutch pigs are timid and like to stay in sheltered, safe places, so it's best to prepare a large enough den.
Dutch pigs like to eat a variety of vegetables such as lettuce, cabbage, carrots, etc. So, having a Dutch pig is much easier compared to other pets.

The domestication of the modern pet marten began more than 200 years ago, but as early as 3000 B.C., domestic martens appeared in Egypt and were bred together with European Persian cats.

Martens are carnivores, have slender bodies and are similar in size to domestic cats. Since martens are a polar animal and are more resistant to cold, but have no sweat glands and are less heat resistant, you may need an indoor air conditioner if you live in the south.

The turtle is one of the oldest surviving reptiles, with a very sturdy armor that retracts its head, tail and limbs into its shell when attacked (except for turtles and snapping turtles). Most turtles are carnivorous, feeding on worms, snails, shrimp and small fish, as well as the stems and leaves of plants.

Turtles are found almost everywhere in China, but the Yangtze River basin is the most abundant. The tortoise has an extremely long life span, and if well cared for, it can even stay with you for the rest of your life.

Rabbits can be divided into three main categories, which are food rabbits, fur rabbits and pet rabbits. A pet rabbit is a companion animal and does not have the practical value of a rabbit for skin, fur or meat. Pet rabbits have been relatively hot in recent years, especially because of their cute appearance and popularity among girls and small children.

Pet snakes, generally cultivated non-venomous snakes, are gentle in temperament and have little aggression towards people. Of course, in addition to being inexpensive, pet snakes have different keeping requirements. Also, be extra careful when feeding to prevent bites.

Many people enjoy taming lizards, however, few know how to care for reptilian pets. Each species of lizard has its own needs. For the physical health of pet lizards, it is necessary to ensure that the requirements of the environment in which they live are fulfilled. If you're planning on getting a lizard, it's best to take an online training class in advance.

In China, the most famous of insect pets is the cricket. The breeding of crickets has a long history in this country, and people can tell the level of a cricket by its chirping, and by the dueling games between crickets. In ancient times, cricket tournaments were often held, which resulted in the selection of a king cricket; some rich noblemen were willing to pay thousands of gold for a top-notch cricket.

The above is about the animals that foreigners can keep in China. After reading this introduction to the 15 most common types of pets, maybe you already have an idea of which one to have. Finally, I hope this article has helped you.

The 8 Most Popular Cat Breeds in China

Hanfu Outfit Guide for the Lunar Year of the Rabbit