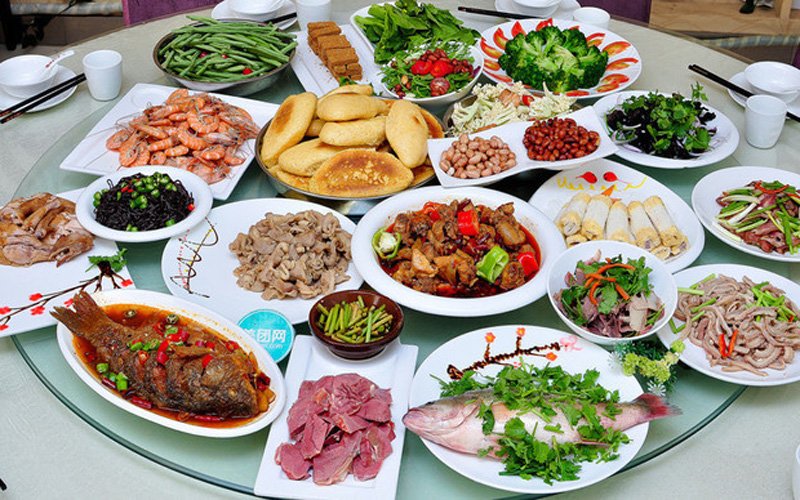 We tell you what real Chinese food is like that is actually eaten in China, from the rarest to the closest to our diet.

We like Asian food almost as much as western food, we have decided to give a review of some typical Chinese dishes that are not even suspected of being eaten in the country of the Great Wall.

Real Chinese food that the Chinese people do eat

Because the Chinese outside China have been adapting to Western tastes and offer the menus that we all know, but if you ever have the opportunity to poke your nose into a restaurant kitchen at the time the staff is eating it is more likely that they are getting warm by giving a good account of a pig's trotter stew than they are giving a Chinese salad, why not, the Chinese don't eat Chinese salad, soft spring rolls, sweet and sour pork with fluorescent orange sauce or rice with peas and ham. 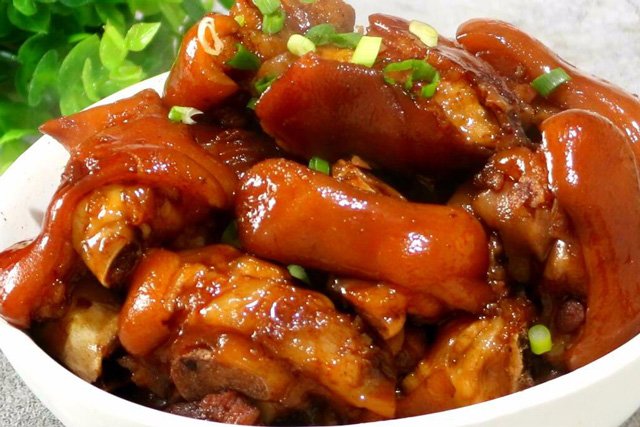 Anything nutritious that is not poisonous is considered edible, so many foods are consumed that are completely unthinkable in the West, such as algae, turtles, frogs, insects, snakes, bamboo shoots, giant turnips, lotus leaves, etc. 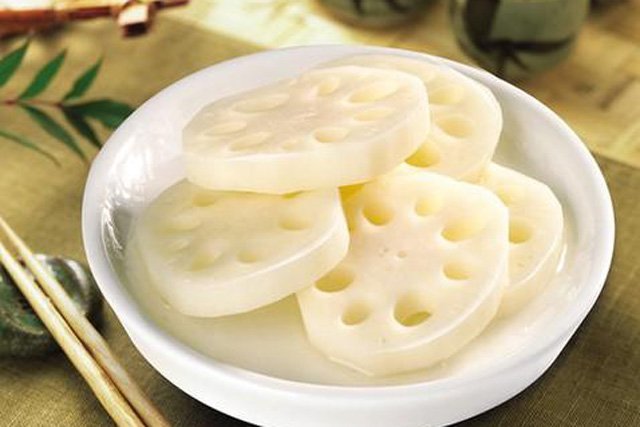 The effects of food on health are carefully considered, and it is used as a medicine to improve health.

Balance is sought through the contrast of flavors, varying from one dish to another and presenting several in the same meal. In fact, one criticism that the Chinese make of Western food is that "everything tastes the same."

Seasonality is very important, and the Chinese believe that eating seasonal products is always the best because nature is wise and tells them what to eat in each season.

Traditionally the Chinese consume all vegetables cooked and never raw in the salad to avoid disease, as historically farmers fertilized the fields with human and animal waste.

In China, everything is boiled; even today, it is difficult to be served freshwater in restaurants in China unless it is one that is very frequented by tourists, as the Chinese drink the hot water and previously boiled. 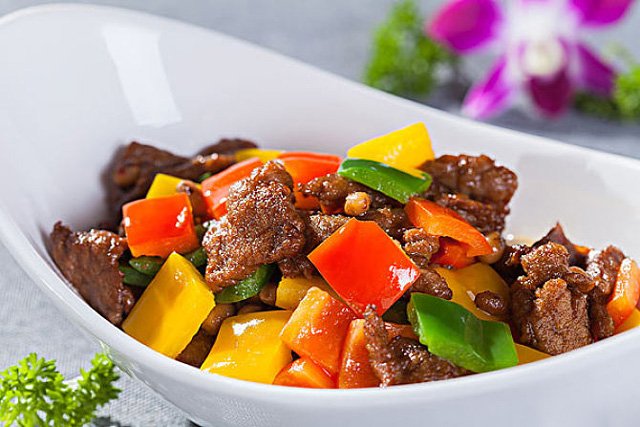 Although in Western restaurants, especially in those with free buffets, we can find an abundant variety of fried food, the truth is that in China dishes that are stir-fried, stewed, braised, boiled, or steamed are much more common.

Real Chinese food that would not surprise us in the West

And when I say we wouldn't be surprised, it's because these are things that look a lot like dishes that we already know and that we probably wouldn't think of eating in China as well.

Here we think that the good thing is that rice delights come with an omelet, but the Chinese prefer rice on the side and eat such delicious stuff as these scrambled eggs with tomato. 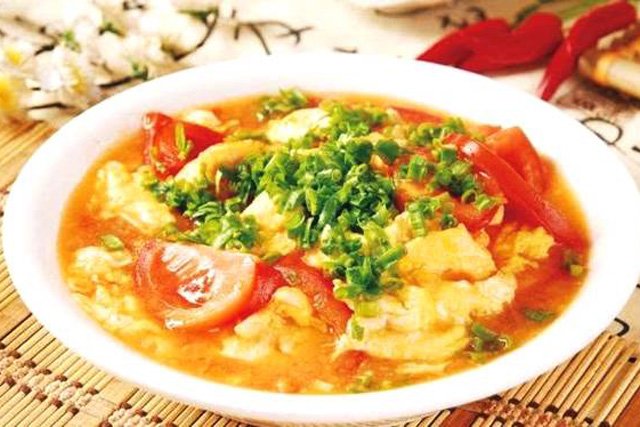 They also eat steamed or baked fish, such as turbot or sea bass, even though it does not appear on the menu of the coolest Chinese person in the neighborhood. 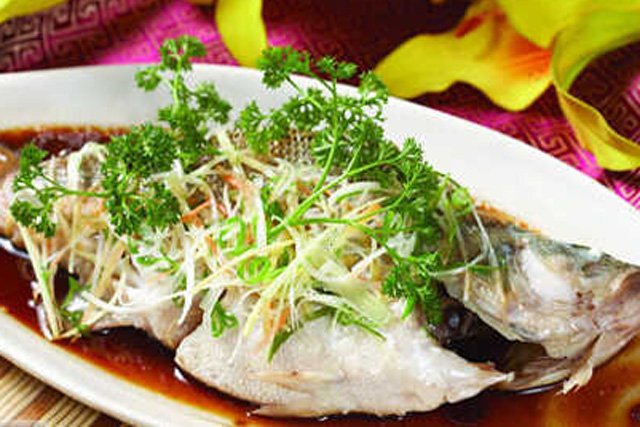 Grilled pork with sauces similar to chimichurri, which would not be strange to any of us. 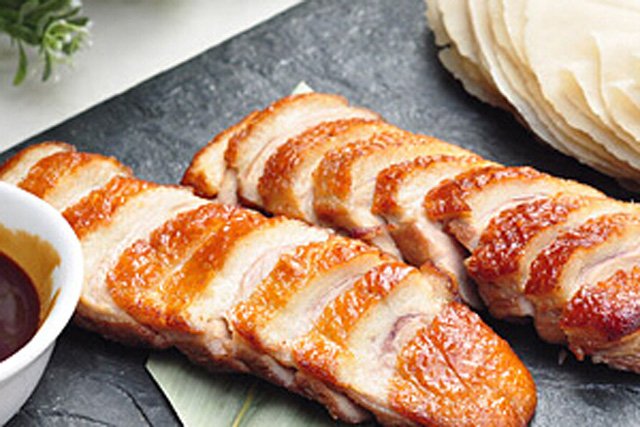 The Huo Guo, hot pot, or Chinese stew is a dish consisting of a pot of boiling broth, which is kept warm at the rest of the table and in which diners cook the ingredients that are placed around it as if were a kind of broth fondue. 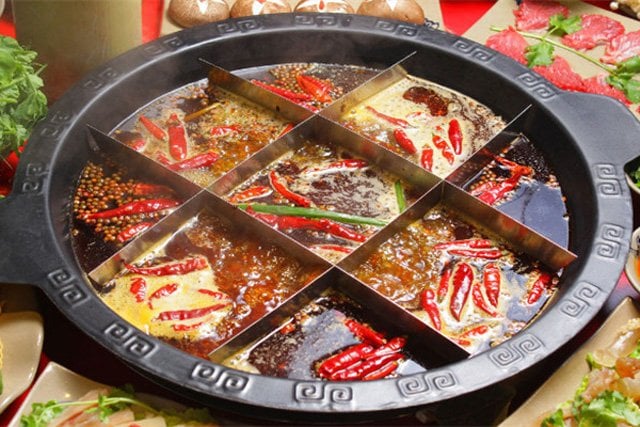 Although it may look like a cheesecake, it is a cake made of rice that I am sure we would love to find on the menu of some Chinese person from our city.

Real Chinese food that you eat in and out of China

In the Western Chinese, it is increasingly easy to find all kinds of dim sum, baozi, jiaozi, dumpling, and in general, all kinds of bites made from stuffed dough that can be steamed, steamed with a stroke of the iron or fried. 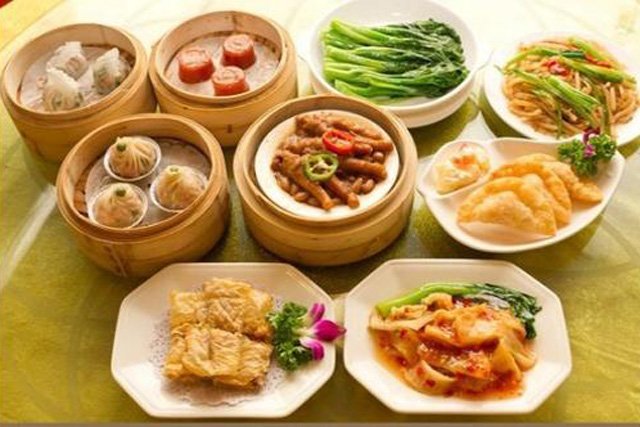 The lacquered duck or Peking duck is popular both inside and outside the Asian country. However, what they really appreciate in this dish is the crispy skin that, to get it, it is necessary to follow a process that consists of several steps and with which I am not going to bore you. 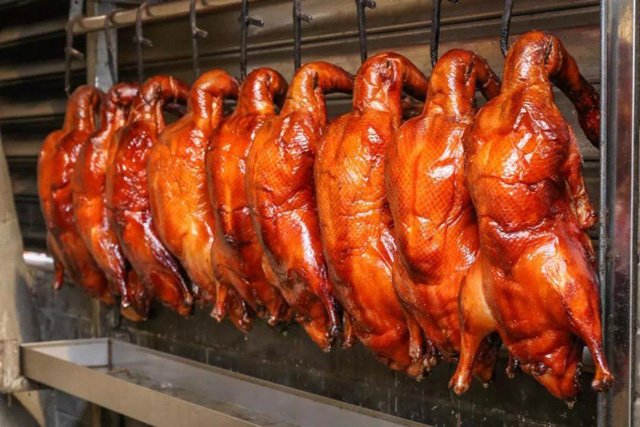 Real Chinese food that may make you less hungry

As I told you a little earlier, for the Chinese, if it is nourishing and not poisonous, it is eaten, no matter how it looks. That's the way they cook.

The Chinese, as I said, don't waste anything, and for them eating meat is an important part of their diet, they eat all kinds of viscera, pig's brains, chicken feet, pig's trotters, tendon stews, cartilage. 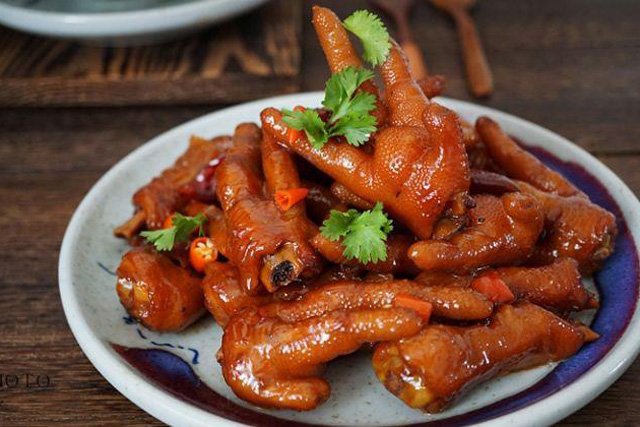 They are called Shonghuadan, although we know them as millenary eggs, centenary eggs, or dragon's eggs, although they are chicken's or, more usually, duck's eggs. Nowadays, they are even produced industrially, but traditionally they were obtained by burying the newly laid eggs in a mixture of ashes, rice husks, lime, and in some cases, mud and letting them rest for about 2 or 3 weeks. 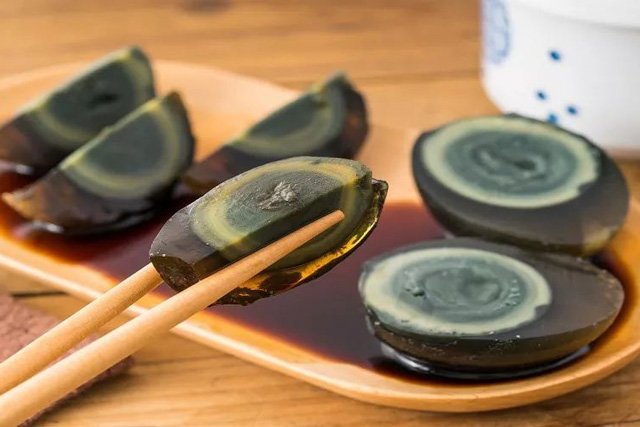 During this time, the eggs are "cooked" until they look similar to the picture. They are then cooked and can be used as a condiment for other dishes, or they can be seasoned with sesame oil and soy sauce.

And to finish, something that in China is eaten as if they were pipes, but that in the West would cost us more, because in the background the cracking, even if now we do not like it, at least it sounds to us that it is eaten, but if they talk about eating us for example, the bee larvae in the photo we run away the same. 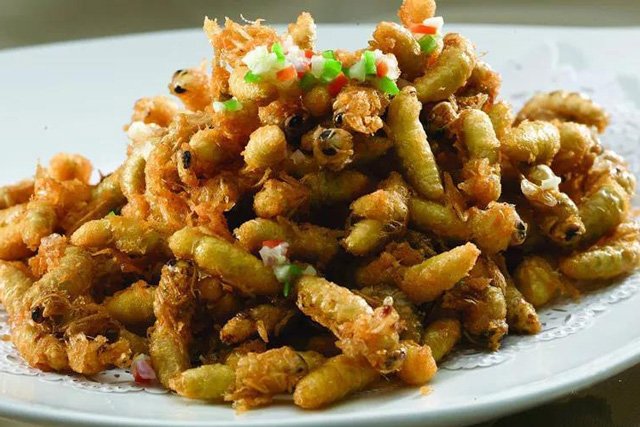 Interestingly, many foreign tourists have tasted them in China - and most of their answers are that amazing, it's very tasty and wants to try more. It's all about opening your mind, and then your mouth opens up by itself. But as I was saying, the Chinese eat fried bees, toasted grasshoppers and even make themselves skewers with scorpions.

So, what do you think, and would you like a little trip to China to taste the real Chinese food that is served in Chinese restaurants in China?