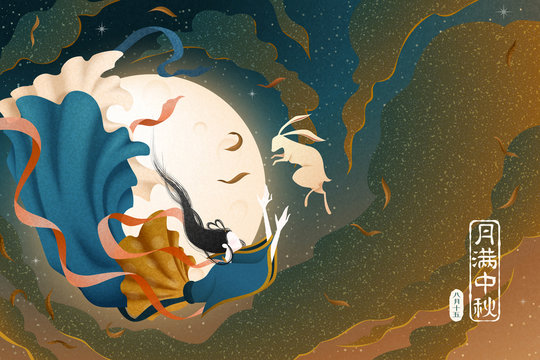 Much of Chinese culture involves Chinese myths. To understand the many festivals and holidays of China, here are 3 popular Chinese myths that you might find interesting:

The Chinese New Year legend begans in a small village thousands of years ago. Every winter, a monster with the body of a bull and a head of a lion would enter this village and attack the villagers. The monster is called a “Nian.”

The villagers were scared and didn’t know what to do. Until a wise old man came up with an idea! The next time the Nian appeared to attack their village, the people would use fireworks and drums to scare of the monster!

The plan worked perfectly and the monster fled into the hills. From today onwards, every year on the day they scared off the monster, they would light fireworks and celebrate their victory. This day was the start of the Chinese New Year and the Spring Festival.

Houyi and Chang’e - The Mid-Autumn Festival

Houyi and Chang’e is an immortal couple living in heaven, according to the legends. One day, the ruler of all heavens, the Jade Emperor, orders Houyi for help after his 10 sons transformed into suns. Houyi, with his legendary archey skills, shot and killed 9 of the sons and left one remaining to be the sun. But the Jade Emperor was not happy. After all, Houyi killed 9 of his sons! In punishment, he banished Houyi and his wife, Chang’e to become mortals on earth.

After they became mortal, Houyi noticed that Chang’e became extremely miserable. He decided to take a long and dangerous journey to find an immortal pill to make them immortal again.

At the very end of the journey, Houyi meets the Queen Mother of the West who agrees to give him the pill, but warns him that only half of the pill is needed to become immortal.

After Houyi came home, the took the pill and put it into a case. He left home for a while, but not before warning Chang’e not to open the case. But Chang’e was too curious- she opened the case just as Houyi returns home. While trying to hide from Houyi that she opened the case, she accidentally swallowed the pill whole.

Immediately after swallowing the pill, Chang’e started to float from the overdose. She began to float and float and float until she finally landed on the moon. All Houyi could do was watch- he could not bear aim his arrow at her.

To this day, it is believed that Chang’e is still on the moon, with the company of a pill-making jade rabbit and a woodcutter named Wu Gang. 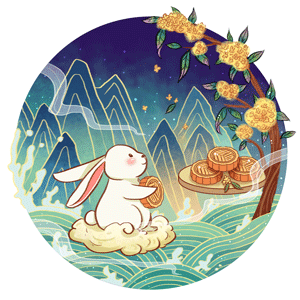 Note: there are multiple versions of this legend, and this is just one of them.

A long time ago, the Jade Emperor wanted 12 animals to be his guards. He spread the message that the quicker the one got to the heavenly gate the higher the rank they would receive.

On the day of the competition, the rat woke up very early and headed to the heavenly gate. However, on his journey, the encountered a river with very fast currents. After waiting and hesitating for a long time, he noticed an ox about the cross the river and quickly hopped onto his back. The kind-hearted ox did not mind and continued on his way. However, as he raced toward the gates of the heavenly emperor, the rat jumped off his back and finished first. The ox came second.

The tiger and the rabbit, who were both very fast, finished third and fourth. The dragon, who flew his way to the gates, was very fast, but because he stopped to help a few animals along the way, was delayed on his journey. It came fifth. The snake came sixth and the horse and goat arrived next at seventh and eighth. Lastly, the monkey arrived after jumping from trees and stones and the rooster, dog, and pig finishes the race as tenth, eleventh, and twelveth.

Here is a quick overview of the ranks: 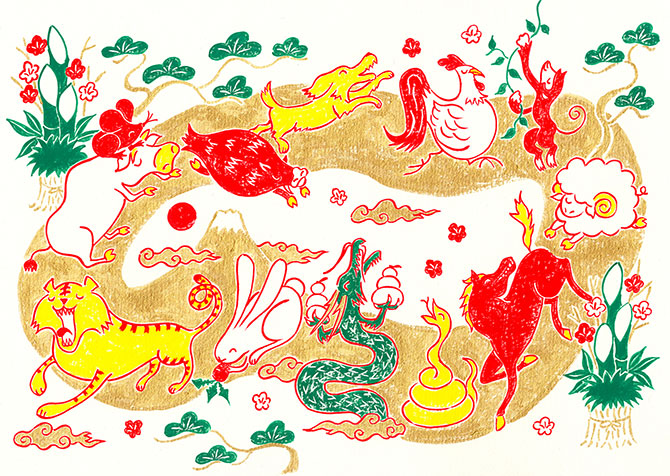 Before I end this article, I would also like to say why the cat was not among the list of winners of the race. There is two stories about why:

I hope you enjoyed this article and that it taught you a little bit more about Chinese myths. I know that there is many versions of the same story, so feel free to share them in the comments below! Thanks!

Thank you for reading this and I hope to see you next time! (Maybe >.<)

Creative License: The article is the author original, udner (CC BY-NC-SA 4.0) Copyright License. Share & Quote this post or content, please Add Link to this Post URL in your page. Respect the original work is the best support for the creator, thank you!
Chinese cultureChinese myth
Related

Hanfu Outfit Guide for the Lunar Year of the Rabbit 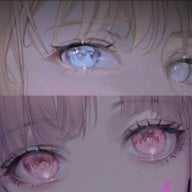