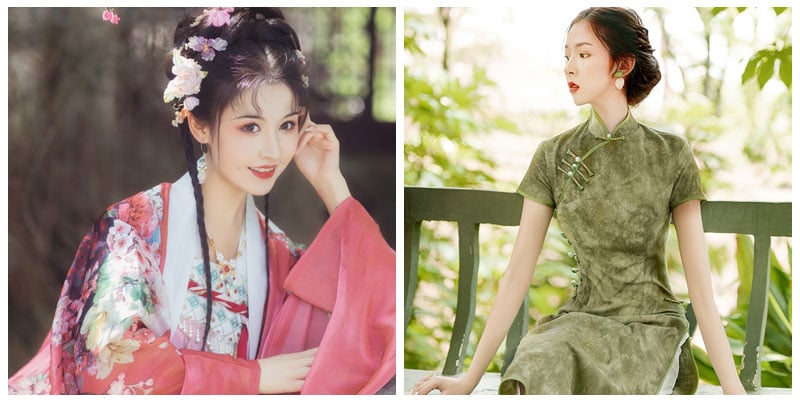 Whenever traditional Chinese clothing is mentioned, the cheongsam is usually the first thing that comes to mind. But with the expanding influence of Hanfu, a costume that better represents Chinese history is being preferred by more and more people. What exactly are the differences between the two costumes?

1. Hanfu vs Qipao in Different Origins

Ancient hanfu was the traditional clothing and accessory system of the Han Chinese from the time of the Yellow Emperor to the middle of the 17th century AD (late Ming and early Qing dynasties). 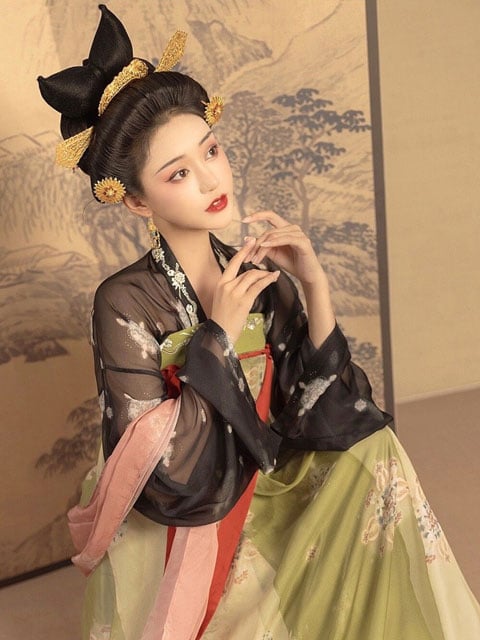 Cheongsam was formed in the 1920s and later became the most common women's clothing at that time, being one of the most splendid phenomena and forms in China's long-standing dress culture.

The controversy of the origin of cheongsam

There are still many controversies about the definition of cheongsam and the time of its production, focusing on the following.

1. It is believed that cheongsam is developed directly from the robe of Qing Dynasty.

2. It is believed that cheongsam and Qi suit have some inheritance relationship, and also think that the source of cheongsam should be the Western Zhou linen narrow tube dress or the Shenyi of Qin and Han.

3. It is believed that Chinese women wear the robe, far back in the Zhou, Qin, Han, Tang, Song and Ming dynasties, and not only in the Qing dynasty women wear robe clothing.

4. It is believed that cheongsam is a westernized variation of Chinese tradition clothing.

5. It is believed that cheongsam originated from Ming Aoqun.

6. It is believed that women wore cheongsam as a result of deliberate imitation of men's dress and obsession with gender equality. 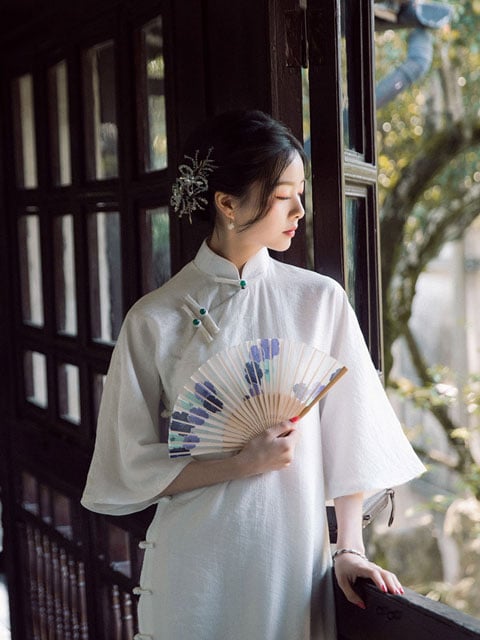 Hanfu can be broadly summarized into the following three clothing forms. 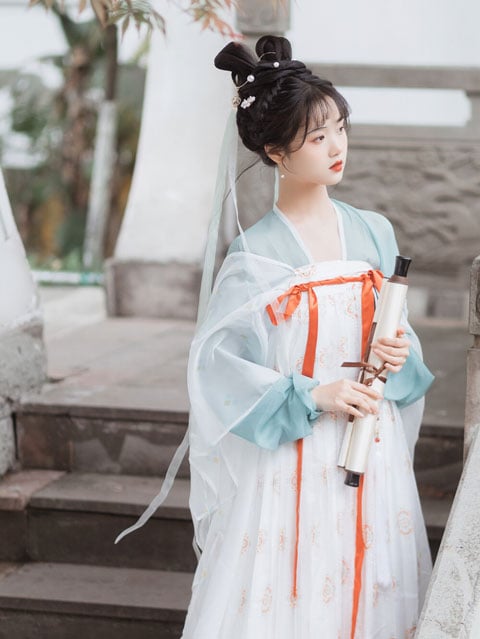 The cheongsam has evolved over the centuries, interpreting colorful styles as people's lifestyles and aesthetic sensibilities change.

Most of the classical cheongsam uses flat and straight lines, the body is loose, the sides are open, and the chest and waist circumference are closer to the size ratio of the bodice and skirt.

In the 1930s and 1940s, the golden age of cheongsam development, style changes and very rich. Cheongsam also entered the era of three-dimensional modeling, the piece of clothing appeared on the dart, the waist is more fitted and with Western-style inset sleeves, cheongsam length, sleeve length greatly shortened, the waist is also the more fitted. 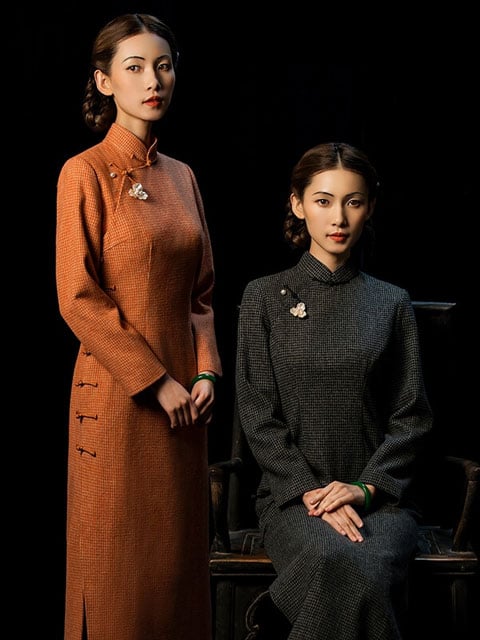 Cheongsam lapel, collar, sleeve, skirt, and other parts of the style is different:

In modern times, whether in the international fashion stage, or daily work and life, modern cheongsam with a variety of postures to show the beauty of women, interpretation of a different Oriental style.

3. Hanfu vs Qipao in Different Characteristics 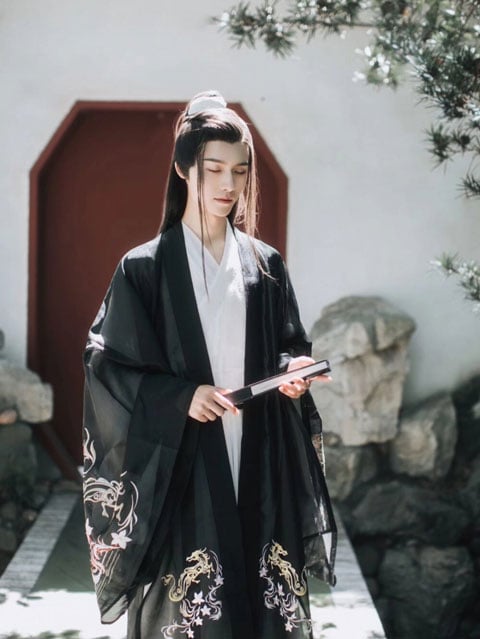 The appearance of cheongsam generally requires all or part of the following characteristics. 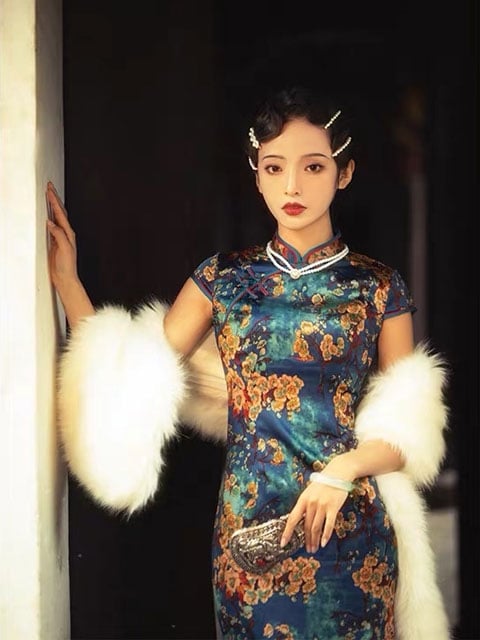 4. Similarities between Hanfu and Cheongsam

Both hanfu and cheongsam faded out of the limelight due to historical reasons. But as the revival of Chinese traditional costumes continues, they both regained their former glory.

Due to the policy of "Tifa Yifu" implemented by the rulers of the Qing Dynasty, for more than two hundred years of history, Han Chinese men's clothing was basically modeled on Manchu clothing, and Changshan, Magua were all improvements and developments of Manchu-based dress, rather than traditional Han Chinese dress.

At the beginning of the 21st century, with the development of China's national power, people began to examine the outstanding parts of their traditional culture. 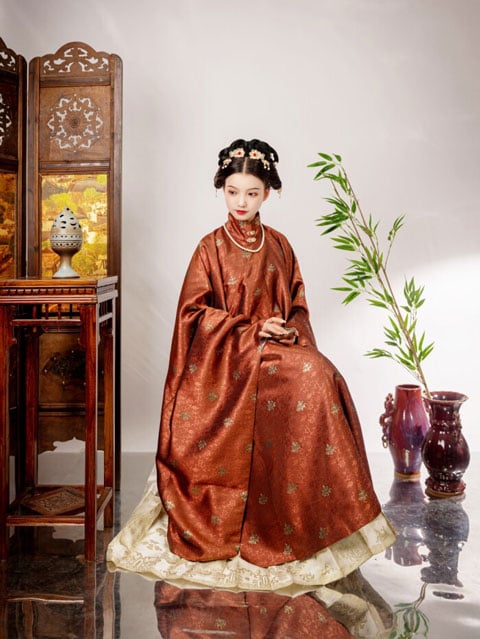 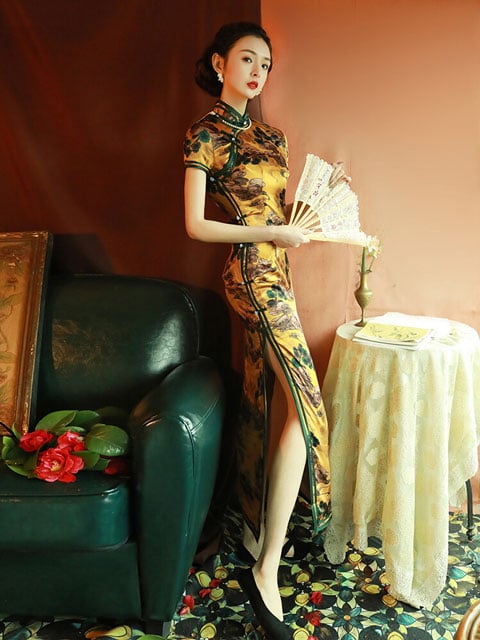 Hanfu and cheongsam are representative of traditional Chinese dress costumes, which follow the times and carry civilization.

Fortunately, the revival of Hanfu and Qipao continues. They are the crystallization of Chinese national costume culture casting, and moreover, they mean the awakening and recognition of Chinese cultural elements.

Creative License: The article is the author original, udner (CC BY-NC-SA 4.0) Copyright License. Share & Quote this post or content, please Add Link to this Post URL in your page. Respect the original work is the best support for the creator, thank you!
Cheongsam
Related