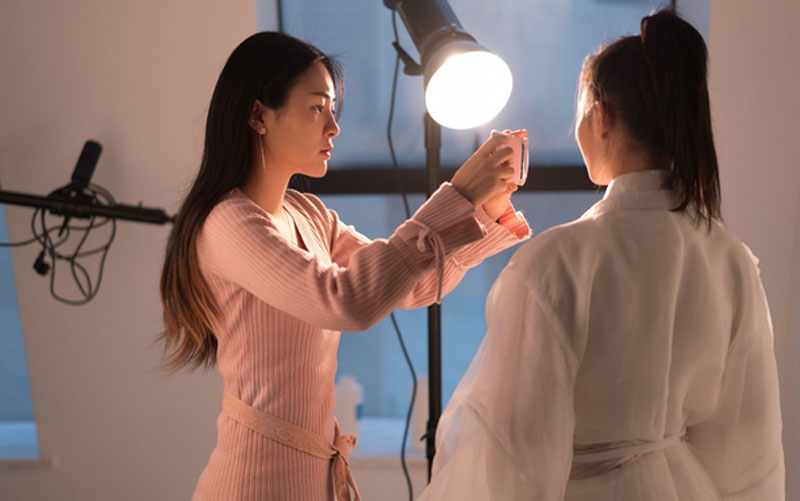 If there existed a chronology of hanfu revival in Chengdu, it would include Lü Xiaowei, who founded China's first hanfu store in 2006 - Chong Hui Han Tang. And, the female photographer who launched the "Travel with Hanfu" campaign online in 2014, Dang Xiao Shi (当小时).

Born in Chengdu, Sichuan province, 33-year-old Dang Xiao Shi, looking back on her love affair with Chinese hanfu costume, she is overwhelmed with emotion. In 2014, Dang Xiao Shi was invited by a friend to travel to Nepal to take her wedding anniversary photos.

Dang Xiao Shi, who was already well known in the hanfu community, proposed a hanfu theme, considering the novelty of the subject matter, and to her surprise, the photos caused a stir as soon as they were released.

Immediately afterward, Dang Xiao Shi started the "Travel with Hanfu" campaign. She traveled to Iceland, Spain, Italy, and 14 other countries with her hanfu. 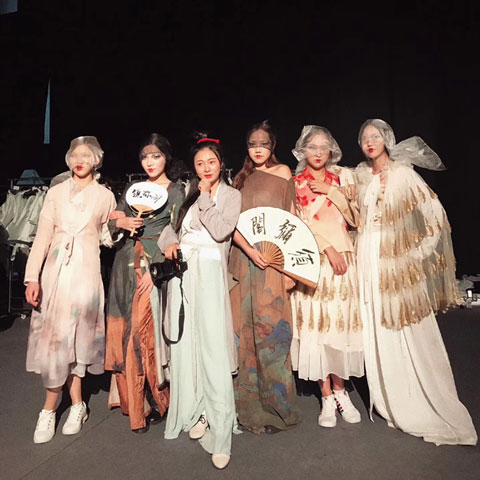 However, as Dang Xiao Shi's popularity skyrocketed, so did the controversy and criticism, with some accusing Dang Xiao Shi of not understanding hanfu and photography.

Facing the controversy, this Chengdu girl rarely responded. She still continues to do only one thing, that is, to take beautiful pictures of girls in hanfu. Onlookers can accuse her of not understanding hanfu and photography, but absolutely no one will say she doesn't understand the group of girls who love beauty. 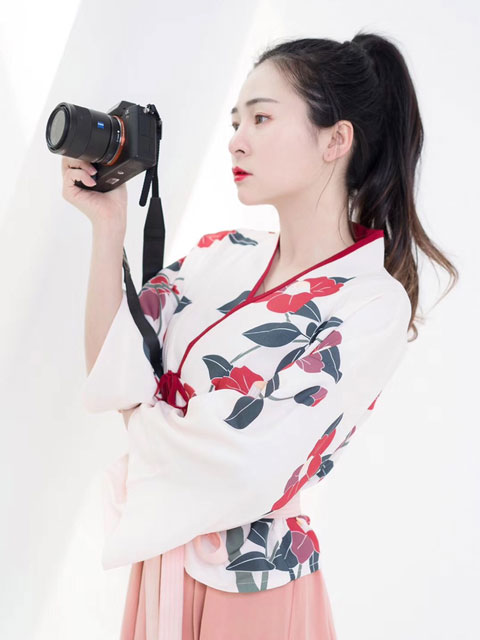 In 2018, hanfu began to enter a golden period of development, with sales of hanfu increasing geometrically.

Dang Xiao Shi even believes that even though hanfu is one of the carriers of traditional Chinese culture, it is still essentially clothes. If the hanfu industry wants to grow, it must accept that some people like hanfu not for the sake of hanfu culture spreading simply because they think it looks good.

To revive the hanfu culture, Dang Xiao Shi only does one thing, and that is to show you through the lens: how to wear beautiful hanfu and take beautiful portraits.

From Hanfu to "Oriental Elements"

"Xu Mi Ge" is a brand of Oriental elements founded by Dang Xiao Shi. In 2013, Dang Xiao Shi bought her own sewing machine and fabric to make hanfu for the photoshoot, but the result was unexpectedly good and the clothes were sold several sets in her online store. Since then, due to heavy shooting duties, the "Travel with Hanfu" campaign was opened, Dang Xiao Shi simply closed the store. 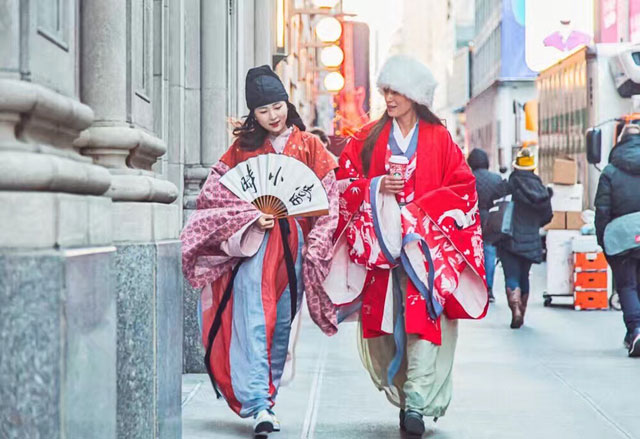 In 2016, "Xu Mi Ge" opened again, with "Travel with Hanfu" accumulated super popularity, store sales have been good. "That year, unfortunately, the hanfu began to be popular customization, our seamstress can not meet the order demand." Dang Xiao Shi had to close the store again.

In early 2019, "Xu Mi Ge" made a comeback. This time, Dang Xiao Shi can be said to have done enough to prepare, to solve the supply chain front and back end of the synergy problem, she also gave a new positioning - "Oriental Elements". 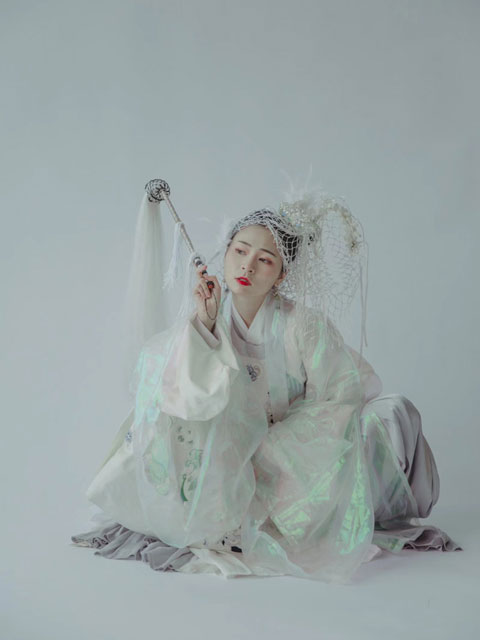 "The elements with the mysterious color of the Eastern countries are oriental elements, China, Korea, Vietnam will give us inspiration."

In the combination of oriental elements and clothing, the current development of the "Xu Mi Ge" focuses on pattern research, every quarter on the new pattern, or the use of large-area embroidery or embossed cloth. 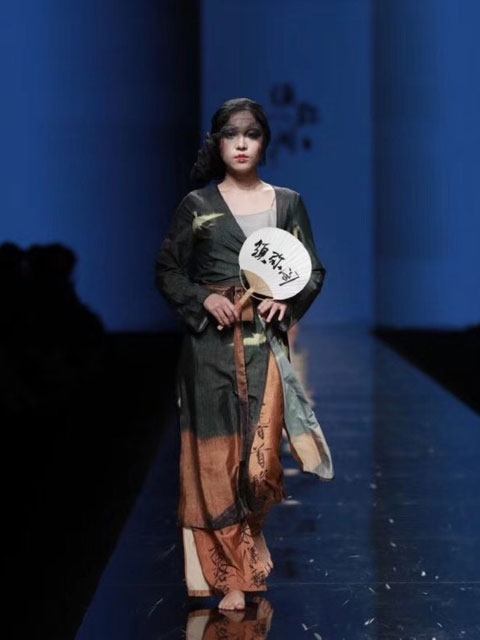 From "Hanfu" to "Oriental Elements", although "Xu Mi Ge" will still launch the traditional hanfu, but the product away from the traditional hanfu style, pattern limitations, so that Dang Xiao Shi more focused on the discovery and dissemination of the "Beauty of the East ".

2021 The 2nd Chengdu International Hanfu Cultural Event in China was launched in August, and "Xu Mi Ge", was one of the first businesses to be confirmed to participate in this event. Sales and brand exposure are no longer Dang Xiao Shi's main concern when it comes to participating in hanfu cultural events.

She is looking forward to the official organization of more small-scale hanfu exchange meetings in Chengdu after the epidemic enters normal control, so that local original brands can share their experiences. If conditions allow, they can also bring in businesses from the hanfu supporting industry chain to organize exchanges and visits. 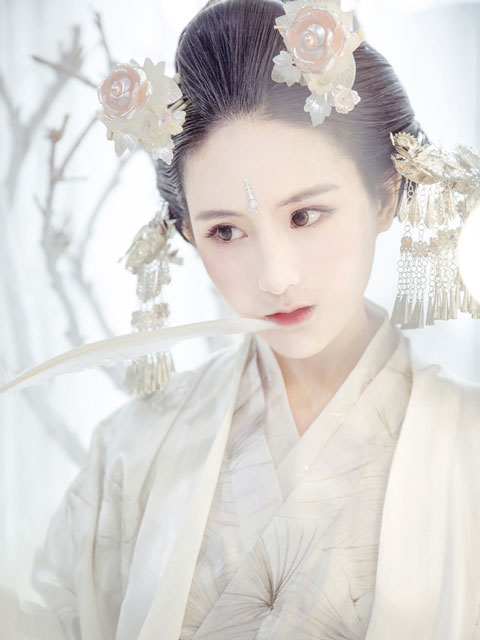 In the future, "Hanfu Festival" and "Hanfu Week" will definitely turn from a simple cultural event to an industry event with upstream and downstream linkages.