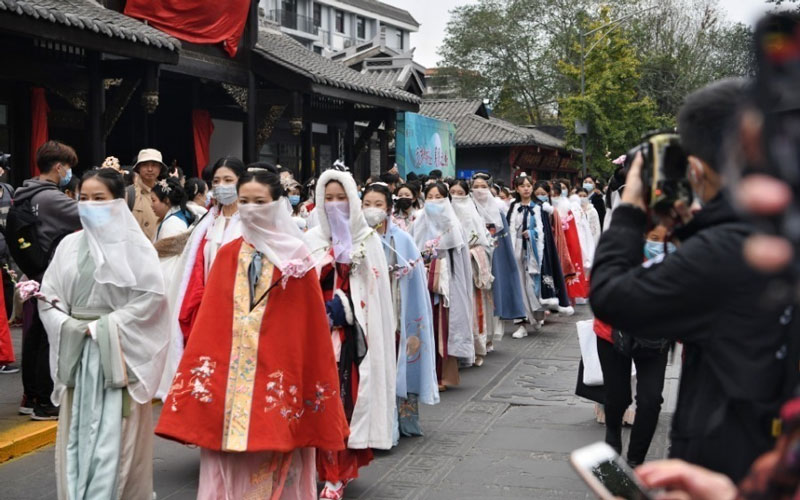 According to data from people.cn, Chinese hanfu consumers surpassed 2 million in 2018, tripling the level of 2017. A recent report from Guangzhou-based consultancy iiMedia Research estimated that by 2021, China’s hanfu fans will reach 6.89 million, and the hanfu sales volume will total 10.16 billion yuan ($1.58 billion). 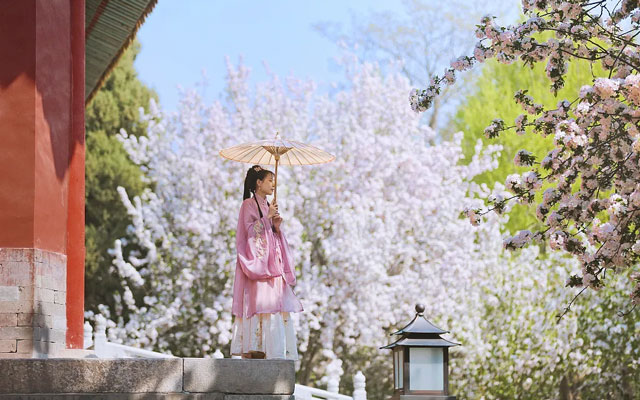 Currently, there were more than 3,000 registered hanfu-related enterprises in China, among which over 60 percent were registered in the past five years, data from business information provider Tianyancha showed.

Guangzhou-based bespoke hanfu manufacturer, Minghuatang, is known as the “Hermes of hanfu.” Data from Minghuatang’s official website on May 17 showed that the customer service is busy handling orders submitted on May 11, and the tailoring period has been scheduled to mid-March 2022. 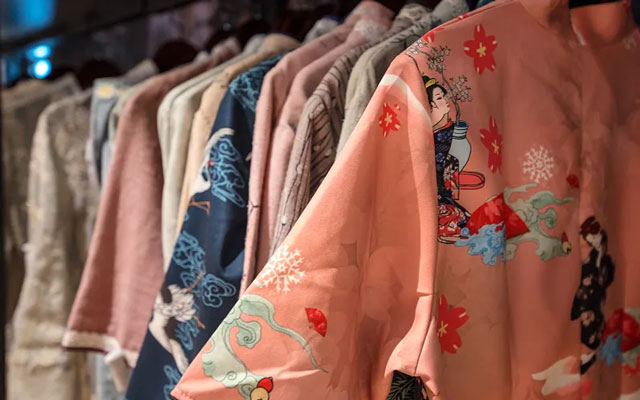 Apart from high-end markets, inexpensive hanfu is also popular. Data from Alibaba’s Taobao platform showed that hanfu that are priced between 100 yuan and 300 yuan took up over 60 percent of sales, while those over 500 yuan accounted for roughly 30 percent of sales. 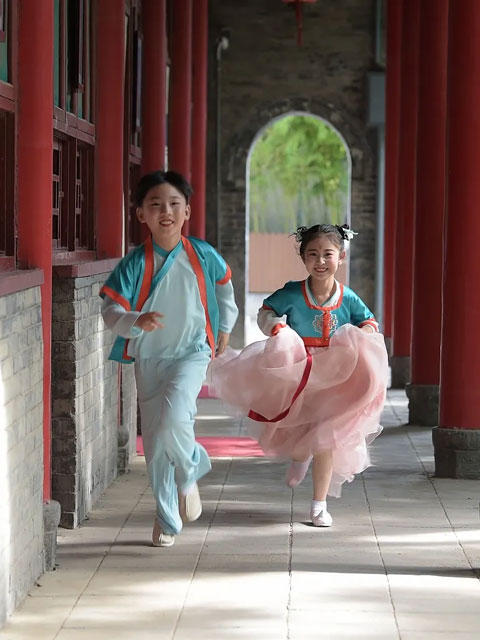 Zhang Yi, the chief analyst at iiMedia Research, said during an interview with online fashion media Vogue Business, that from a niche hobby to a fashionable trend, the popularization of hanfu was mainly driven by internet-savvy young people who often share their hobbies with others.

A report joint released by Shanghai-based business media Yicai and T-mall showed that in 2019, post-1995 female consumers were the main consumption group of hanfu, taking up around 80 percent of the total consumers. Besides, Hanfu is a typical representative of the development of traditional national essence combined with trendy elements, which is also getting more and more popular among the public. Hanfu eventually became a mass fashion because it is a carrier of traditional culture, not merely clothing. 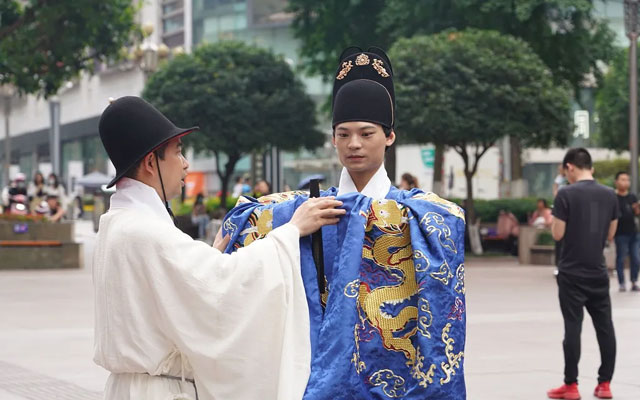 Hanfu mainly refers to the clothing and decoration system with national characteristics formed by the Han people (and their ancestors) before the late Ming and early Qing dynasties on the basis of national culture.

Hanfu symbolizes the splendid Chinese civilization and has directly or indirectly influenced the dress style in East Asia, and Japanese kimono and Korean hanbok have evolved from Hanfu. 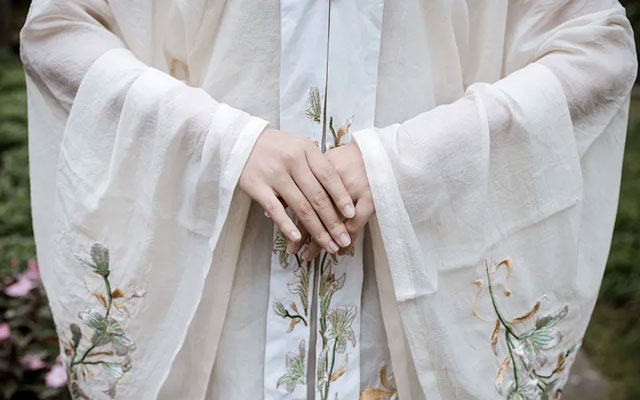 Chinese traditional clothing is generally called Chinese silk robe, which can also be translated as Han costume or Han Chinese clothing, or directly as Hanfu using the pinyin translation.

The "唐装", which also belongs to Chinese traditional clothing, is translated as Tang suit, and the "旗袍" is cheongsam.

What are the characteristics of Hanfu?

Hanfu clothes are wide and lightly bound by a belt. Comfort and casualness are the epitome of Hanfu culture. Long and loose sleeves are a distinctive feature of the dress sleeve type in formal Hanfu. Except for the small open sleeves (stitched sleeves) in regular clothes after the Tang Dynasty, the mainstream of Hanfu sleeves is still long and loose sleeves. 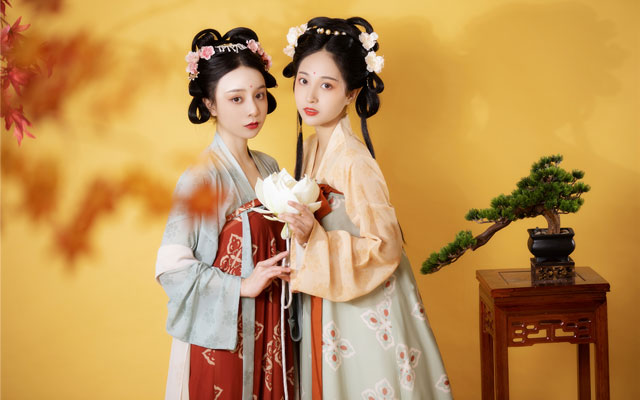 In Hanfu, belts and sashes are used to close, secure, and fit the garments around the waist, with few buttons, even if buttons are used, they are not exposed. The late Ming Dynasty more conspicuous use of buttons. Manchu and Qing costumes with cloth plate buckle is the main, extremely conspicuous.

Hanfu is divided into three types according to the degree of formality: Chaofu (朝服, court dress), Li Fu (礼服, formal dress) and Chang Fu (常服, casual dress). Some of the common ones are as follows.

It belongs to court dress, was a common court dress and scholar's dress in the pre-Qin period, with a top coat and bottom garment system, and the length of the coat and sleeve was 2 feet 2 inches, the main color is Xuan (black with a slight red color). 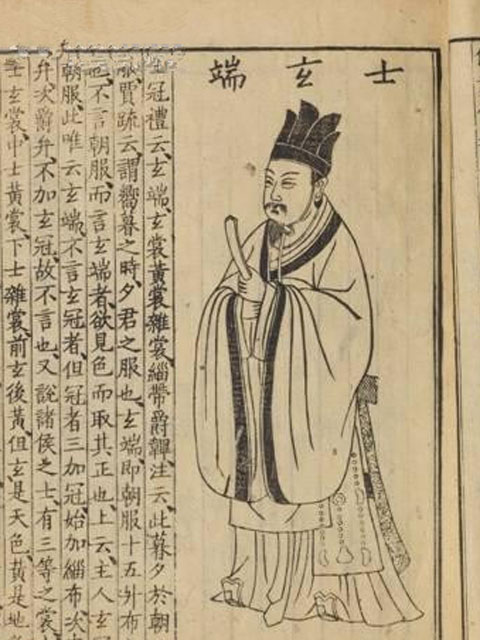 It belongs to formal dress, it refers mainly to two styles of the Shenyi system: Quju and Zhiju, and Shenyi.

The most important feature of the Quju (曲裾) is the "Xu Ren Gou Bian (续衽钩边, overlapping and hooked edge)", the body is narrow, the length can be trailing, the hem is flared, the sleeves have wide and narrow two styles, the cuffs are mostly edged, both men and women can wear. 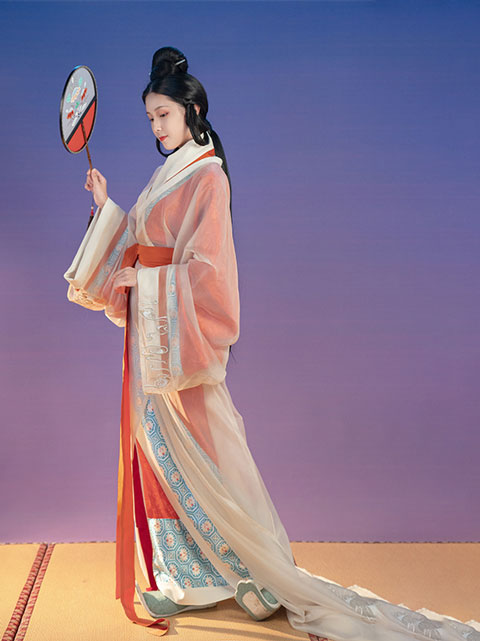 Zhiju (直裾) usually refers to the Zhiju robe, also known as the Chan Yu (襜褕). The lower part of the Zhiju is cut vertically, and the Ju (continuing part of the lapels) is at the side or the back of the body, and there is no lacing sewn on the garment, which is fixed by a belt made of cloth or leather. 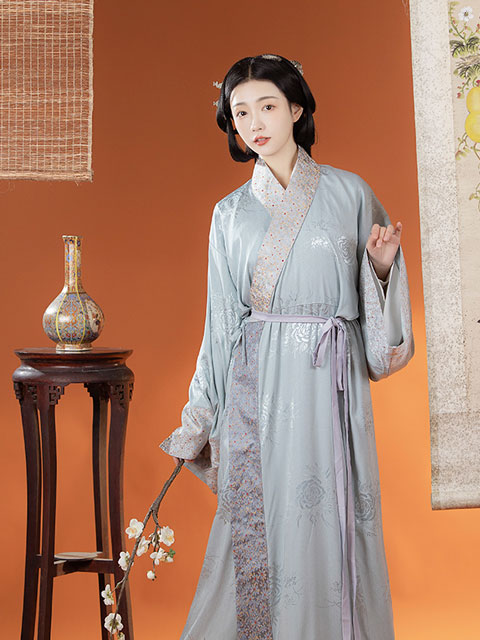 It belongs to casual dress, the upper bodice has a cross collar or symmetrical collar, and the lower garment is a long skirt of a closed type, which is mostly worn as regular clothes. Men's Ruqun is called a Yichang (衣裳). 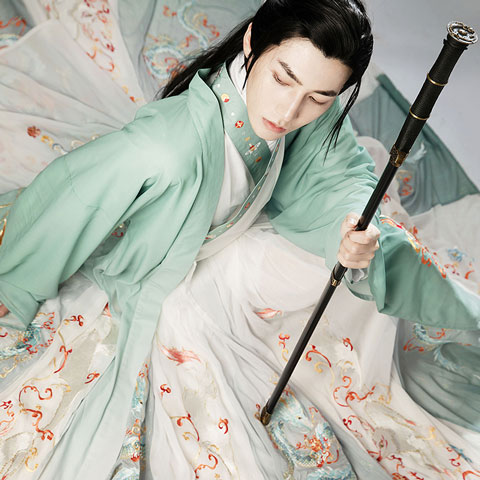 According to the height of the skirt, it is divided into waist-high Ruqun and breast-high Ruqun. 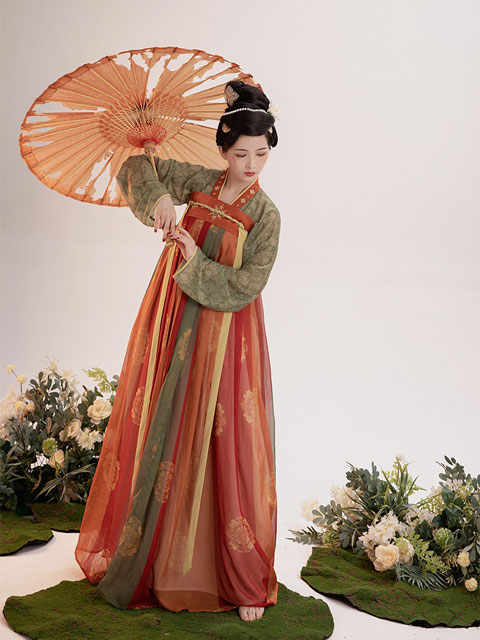 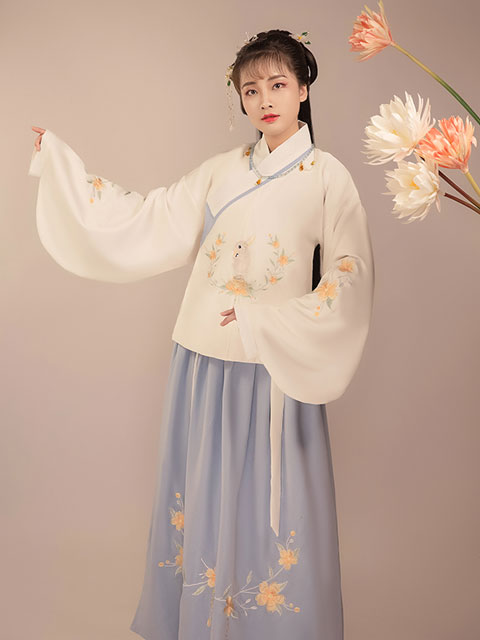 It belongs to casual dress, the Shuhe originally meant a short coat of coarse cloth, worn as a convenient activity for the people, home leisure, labor garment or warrior military uniform, but not suitable for ceremonial occasions, and is a clean and casual garment. 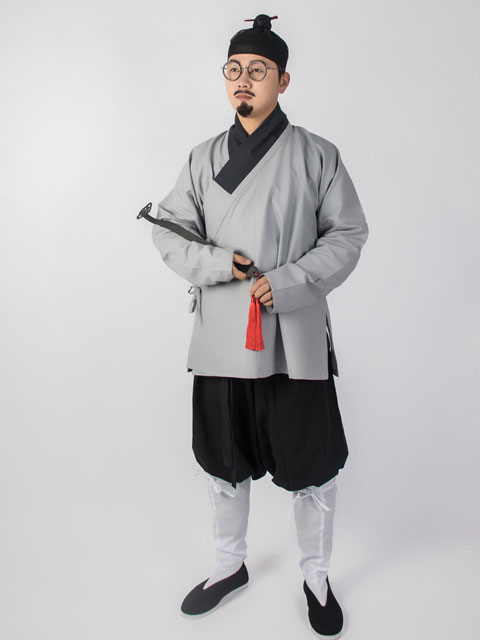 The Current Situation and Future of Hanfu Industry

Jane
Creative License: The article is the author original, udner (CC BY-NC-SA 4.0) Copyright License. Share & Quote this post or content, please Add Link to this Post URL in your page. Respect the original work is the best support for the creator, thank you!
Related 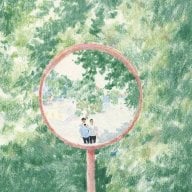