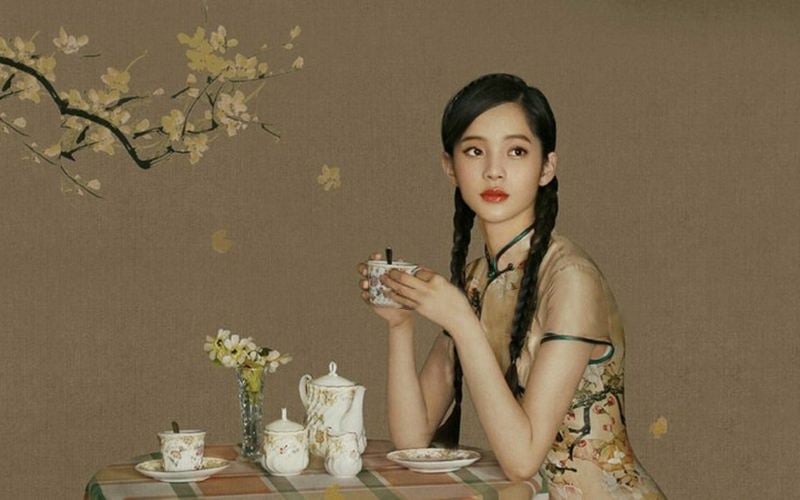 Lifen is a cardiologist in China and a Hanfu fanatic at the same time. She accepted our invitation to share her experiences about collecting and wearing Hanfu. She collects different styles of Hanfu and loves Cheongsam (Qipao) in particular. Let’s see how she falls in love with Hanfu.

Newhanfu: You’re a doctor, right. Would you mind sharing your working lives with us?

Lifen: I’m a cardiologist. It’s been about 15 years since the first day I face cardiac diseases. Speaking about this career, as you can imagine, I’m living under serious stress everyday. It’s me who decides if my patients’ can continue their lives. The white coat I wear, the demeanor I bring with me, and the reputation of the profession I entered, all of these stand for a sacred trust that comes with great responsibility.

Newhanfu: No doubt it’s a sacred profession. As you mentioned, there’s a lot of pressure you need to face in your career life. Are there any hobbies or interests that help you to reach a work-life balance? I know you‘re a Hanfu fanatic, and that’s why we have today’s talk. Could you talk about it? What is the role Hanfu play in your life?

Lifen: Hanfu, in my view, is not only a clothing but a symbol of spirit. There are many different styles of Hanfu associated with certain dynastic and history of China. For example, Han dynasty clothing was a loose, one-piece robe to emphasize modesty, while skirts during the Tang dynasty were typically tied above or on the bust to create the outline of a fuller figure. Meanwhile, Ming dynasty clothing often featured pleated skirts and wide collars. I enjoy collecting Hanfu that represents different time periods and social values, and imagining myself traveling through time. I do love history, not only Chinese but in global aspect. By collecting Hanfu and studying the related history, I could learned how societies functioned, how people interacted with each other, and most importantly, how cultures were formed and spread. This, indeed, helps a lot to eliminate my pressure from work.

Newhanfu: Could you talk about your collections? Which Hanfu do you have already?

Newhanfu: Sounds really cool, you are the first doctor I met who collects Hanfu. Do you wear them in your daily life? Or you buy them solely for collections?

Lifen: I enjoy wearing Hanfu at home…you know…when there’re only my husband and me. I don’t wear them outside actually except for Cheongsam (Qipao). Actually, if you run into me at the park on Sunday afternoon, it’s very likely to see me wearing Cheongsam (Qipao). 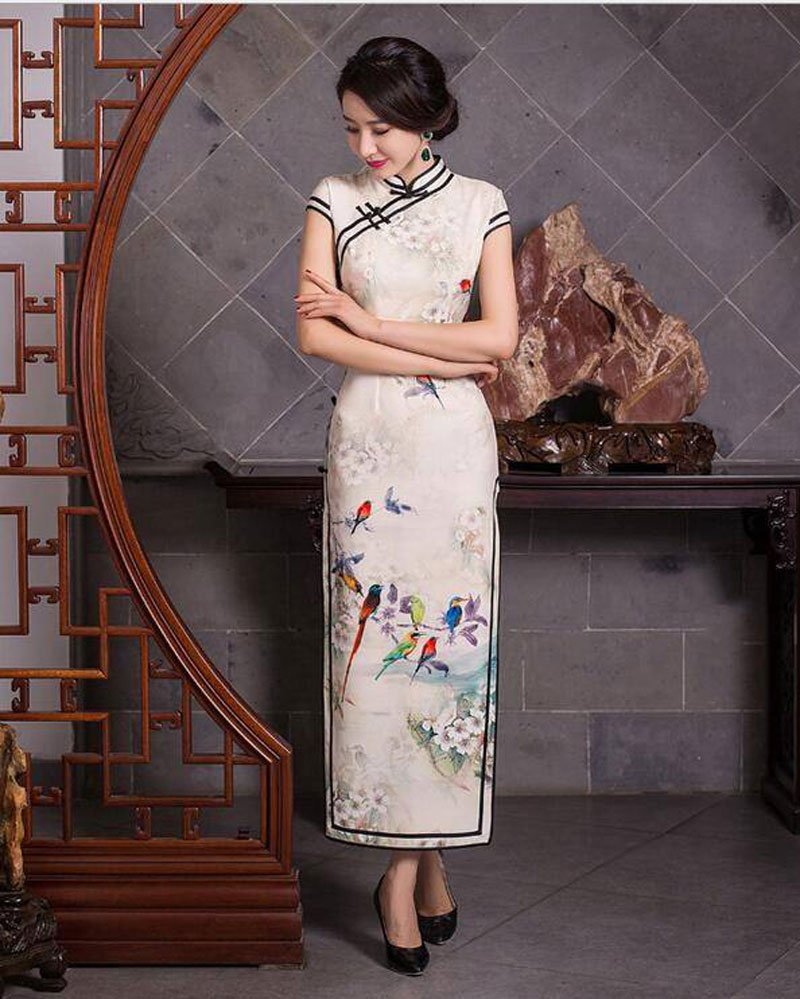 Newhanfu: You’re seeking for kind of old school fashion, aren’t you? Could you introduce Cheongsam (Qipao) to our readers, based on your understandings?

Lifen: Actually, it’s not Hanfu by traditional definitions. It has been argued for many years whether Cheongsam (Qipao) could be categorized to Hanfu. It’s a revolution of Han clothing with Eastern designs and materials.

Newhanfu: Quite true. The debate has never ceased.

Lifen: Cheongsam (Qipao) is a relatively modern invention compared with other styles of Hanfu. It popularized around 1920s in Shanghai. It can be called as Qipao or Cheongsam, both of them describe the same type of tight-fitting dress worn by women. The original qipao fitted loosely and hung in an A-line. It covered most of the wearer's body, revealing only the head, hands, and the tips of the toes. The baggy clothing also served to conceal the figure of the wearer regardless of age. 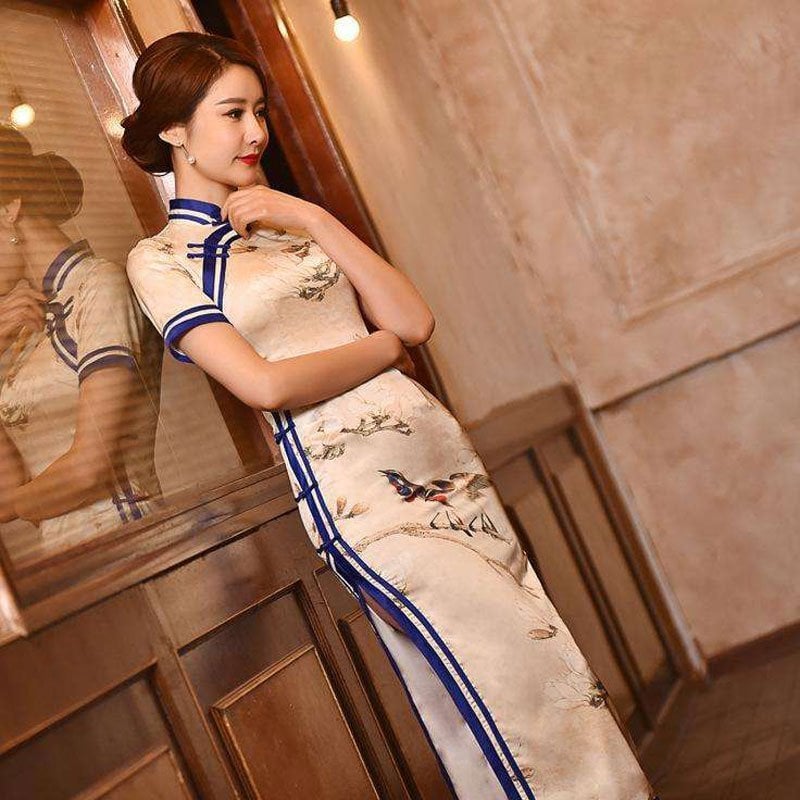 Newhanfu: You’re talking about the original version, right? How about the modern one?

Lifen: Yeah, there’re so many new styles of designs that fits the modern aesthetic. As mentioned, I sometimes wear them for daily outfits. The traditional Qipao was always worn with trousers. In about 1930s, with the introduction of Western fashion, many people started replacing trousers with stockings. The side slits were re-purposed into aesthetic design reaching the top of thigh to reflect new fashion trend. By the 1940s, trousers had completely fallen out of use, replaced by different types of hosiery. This is just one example of the revolution of Qipao. 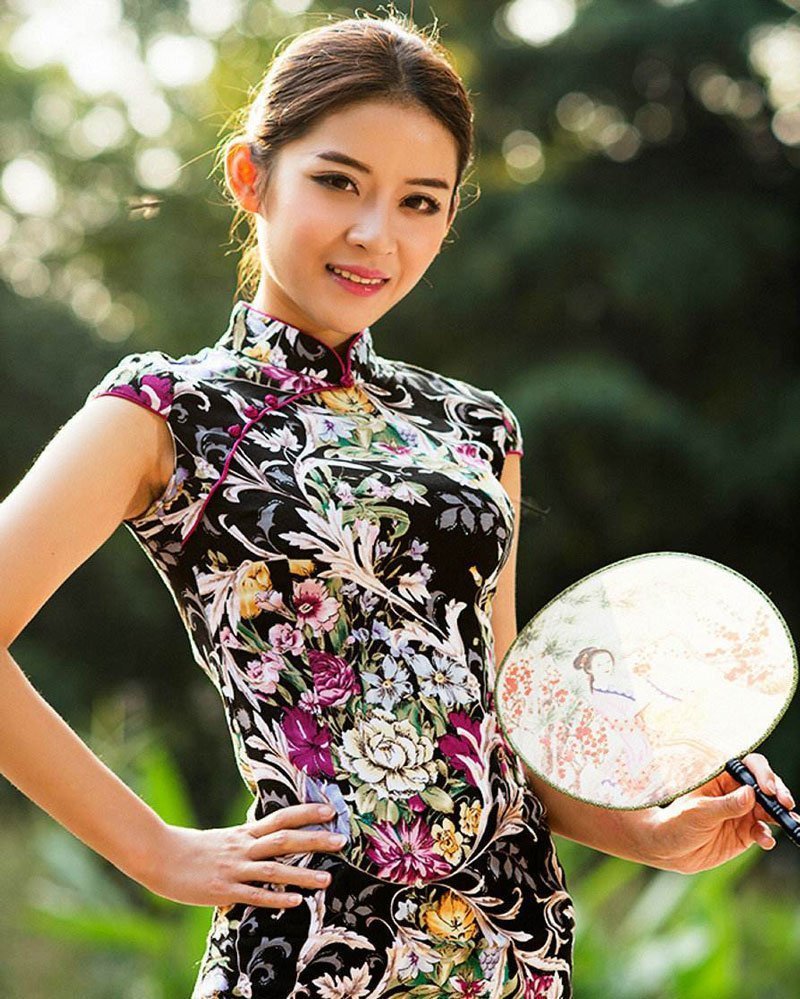 Newhanfu: So nice to meet an expert. It’s a pity for us without you joining our team, you’re professional on Hanfu for sure.

Lifen: You know flattery will get you nowhere right? Seriously, It’s a trend for people wearing modern Qipao. For instance, some airlines in China, such as China Airlines, China Eastern Airlines, have Cheongsam uniforms for their women flight attendants and ground workers. These uniform Cheongsams are in a plain color, hemmed just above the knee, with a close-fitting wool suit jacket of the same color as the cheongsam. 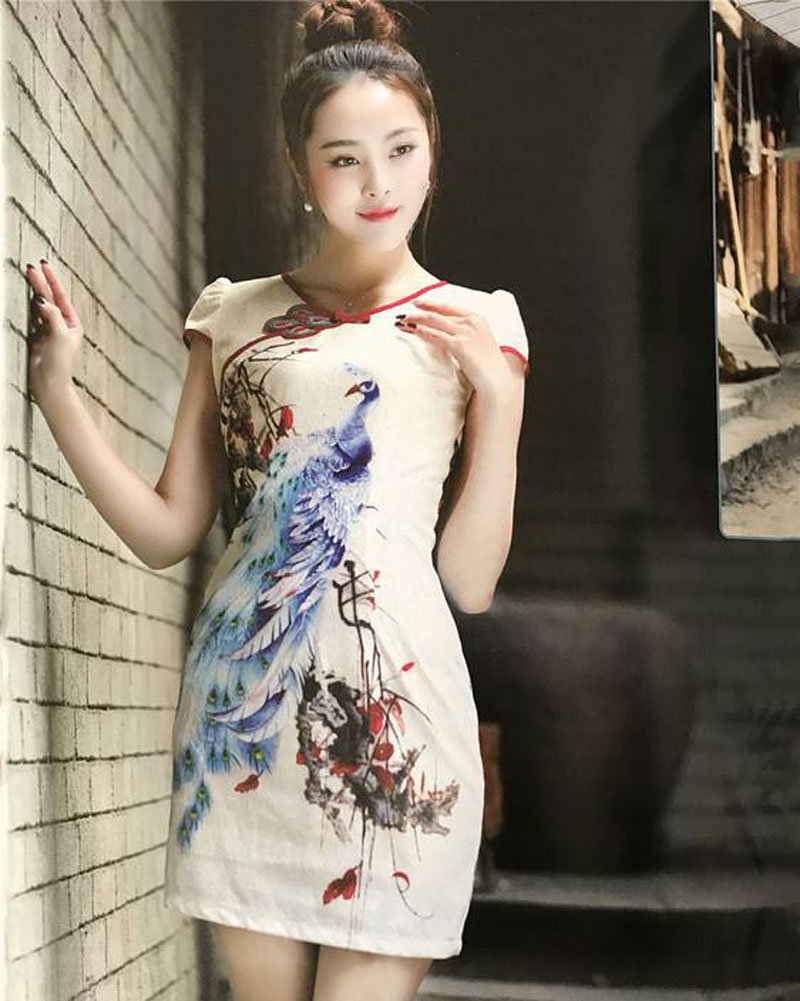 Newhanfu: Maybe in the near future, we can see doctors wearing uniform Cheongsam in hospitals as well.

Lifen: Everything is possible, haha.

As mentioned by our guest, modern Cheongsam has experienced a renewed popularity, not only in China but around the world. A famous French designer Pierre Cardin once said that Cheongsam inspired him a lot in his works. Many elements of Cheongsam have been used and integrated on modern clothing designs. Wearing Cheongsam is no more an old-fashioned but a guide of modern fashion.

The doctor mentioned an interesting issue about the definitions of Hanfu. Hanfu has been revolutionized many times with different Han cultures and societies. The elements of particular cultures were be embedded in Hanfu designs. It’s not wise to argue on the definitions, but to actually understand how different clothing represents the changes and evolves of Han societies. 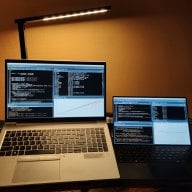