The dragon boat festival (端午节) will occur on the 14th of next month.

The dragon boat festival is also called the double fifth festival (五月节）because it is held on the fifth day of the fifth month in the traditional Chinese calendar. Yet another name of the festival is Tuen Ng.

This holiday is celebrated to commemorate the death of Qu yuan, an advisor in the court in the Chu dynasty. He lived during the warring states period. Legend has it that he killed himself in the Miluo river in Hunan province and became a spirit in the water. For many years, his supporters threw rice into the water to feed him but was always taken by the water dragon instead. 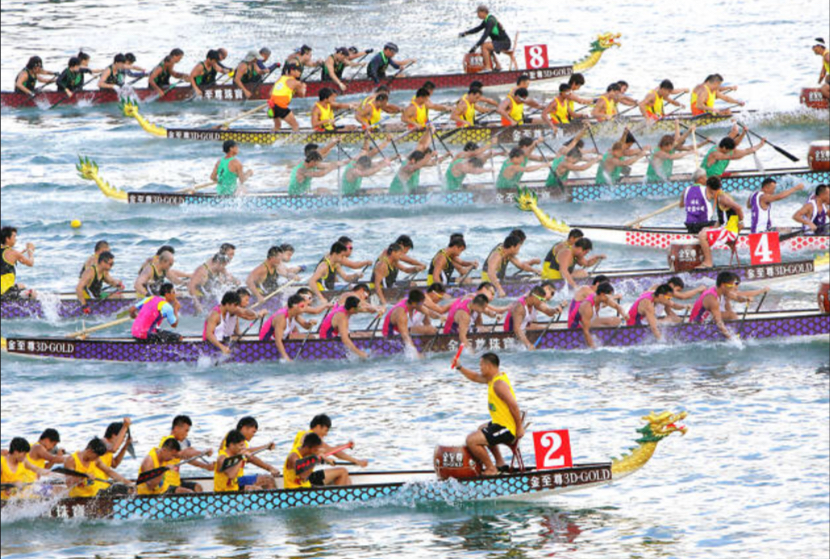 For many years later, Qu yuan couldn’t take it and came back to tell the people to wrap the rice leaves so the dragon couldn’t eat it. The rice wrapped in leaves became known as zongzi 粽子.

Dragon boats are long boats with the head of a dragon and scales on its sides. These boats require multiple people to move it. People also wear perfumed satchels on this day.