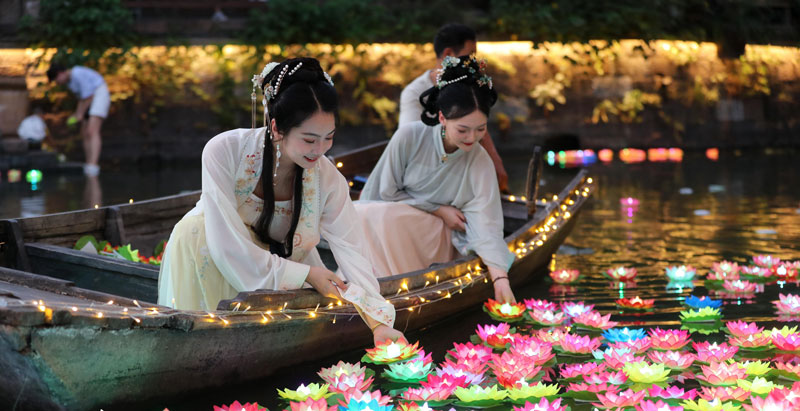 In the Chinese lunar calendar, the 15th day of the seventh month is the traditional Zhongyuan festival (Ghost festival).

There is a folk saying that "At the half of the seventh month, the gate of ghosts will be opened", just like the plot of the movie "Coco". But is this really the case? And why is the Zhongyuan festival commonly considered to be a ghost festival? How did the ancient people spend this festival?

Zhongyuan festival has a thousand-year history, and is also known as "Qi Yue Ban (七月半)" and "Yulanpen Festival (盂兰盆节)", each name representing a different ideological origin of the Zhongyuan festival. Simply put, it originated as a folk custom of ancestor worship, and later incorporated the ideas of Confucianism, Buddhism, and Taoism.

When it comes to traditional folklore ancestor worship, we have to mention the "Qiu Chang (秋尝)": an ancient sacrificial ritual held in July. Autumn is the harvest season, and ancient people offer the ripe grains to their ancestors to pray for a good harvest in the coming year.

In the beginning, there was no fixed date for "Qiu Chang". As the 15th day of the 7th lunar month is the first day of the second half of the year, and the first full moon in autumn, the autumnal atmosphere is new and Yin is prevalent, so it is an excellent choice to offer sacrifices to the dead at this time. 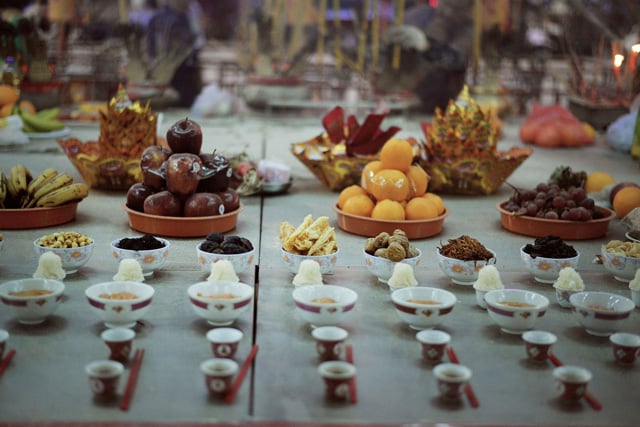 The ceremony of worship is usually held in the evening of the middle of July. In addition, it is the time of the Mid-July when after half a year's hard work, based on the improvement of material life, there is a natural demand for the regulation of spiritual life. At the same time, it is the reason for the name "Qi Yue Ban".

The other name of this festival, "Yulanpen Festival", was originally an internal Buddhist festival to free the souls of people from their misery. The disciple of the Buddha, Maudgalyayana, who wanted to save his mother from the misery of the evil spirits, was instructed by the Buddha to offer food and drink to the monks on the 15th day of the 7th lunar month, thus forming the Yulanpen festival. 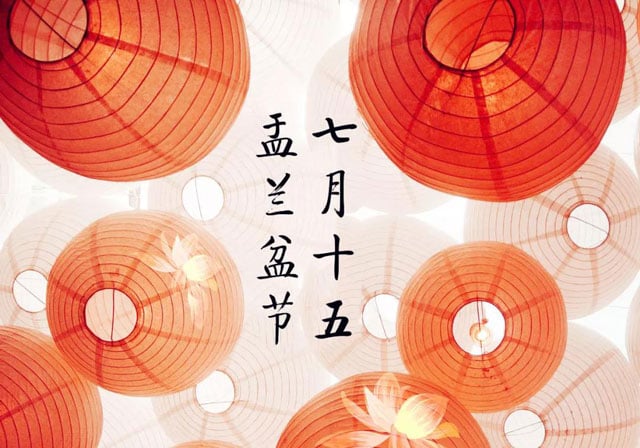 After the Wei, Jin, and North and South Dynasties, this festival became widely popular with the spread of Buddhism. The ancient custom of Qiu Chang was given a new look by the integration of Buddhist culture, and thus established the special status of the 15th day of the 7th lunar month in the traditional Chinese festival system.

The "San Yuan" are the birthdays of the "three officials": 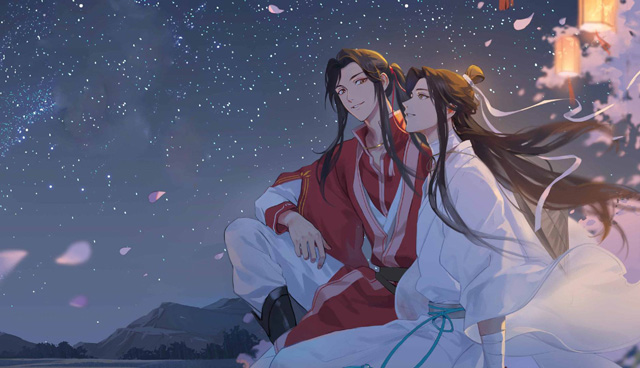 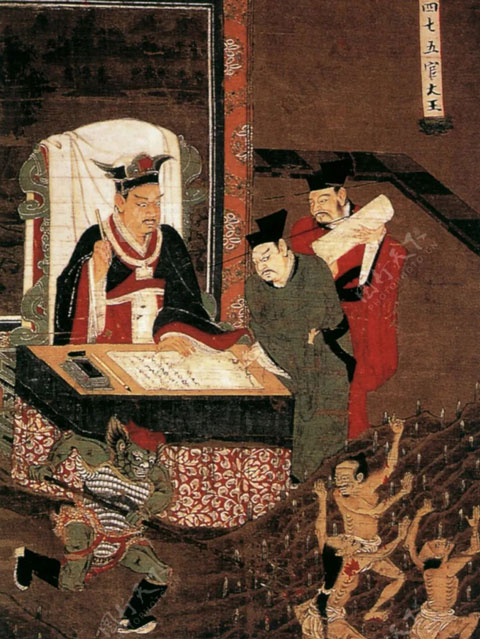 Although the Zhognyuan festival is a festival for the deceased, but the connotation behind it is very rich: there are soul beliefs, Confucian filial piety and brotherhood, as well as ancestor worship. The development of the festival also corresponds to the influence of Confucianism, Buddhism and Taoism.

So, what did the ancients do at this special festival?

The market began to hawk all kinds of festival goods, not only seasonal fruits and vegetables, but also various kinds of cakes. People buy paper mache clothes, and joss paper and prepare food for ancestor worship in advance. 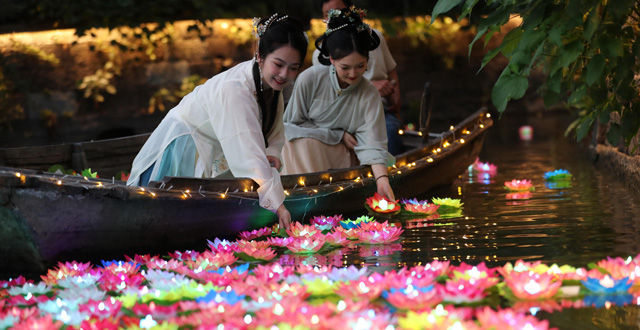 The release of river lanterns is one of the most important activities in the evening of the festival and is given a deep meaning. The highest goodness is like water, river water symbolizes good quality, and is Yin, naturally associated with the junction of life and death, the lanterns is a guiding, symbolizing light and hope, to guide the way for the souls of the dead. If the river lanterns sink, that represents a wandering soul has been reincarnated, if the river lanterns float far away or against the shore, it represents the soul to the other side of the blissful world. Festival lanterns are often as bright as a group of stars, lively. In addition, the festival is the night of the full moon, ancient people can boat on the lake, enjoying the moon while mourning the dead.

Ancestor worship is the core of the "Ghost Festival". People will burn joss paper, worship their ancestors, hold family feasts and the traditional "Qiu Chang". In the evening, after the rituals are basically over, people go to the night market in groups and watch miscellaneous plays in front of the stage. 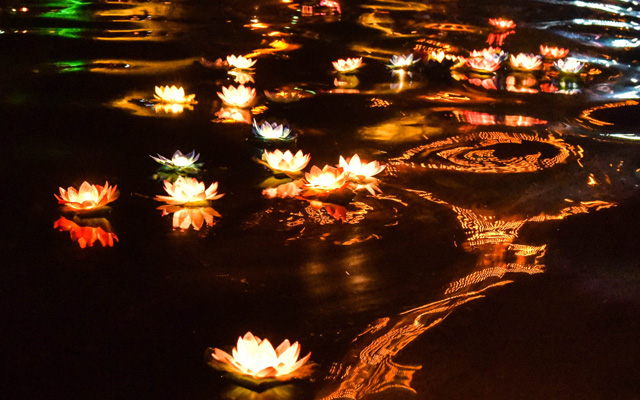 Most of the ancient people took advantage of this day to enjoy their lives. The ancient book "Dijing Jingwulue (帝京景物略)" records that in the evening of the Zhongyuan festival, they drank, played the fireworks, and even deriving some small games.

In contemporary times, although the revival of traditional culture has been revived, the cultural implications of ancestor worship at the Zhongyuan festival are similar to the Qingming festival. In addition, the close association with ghostly "superstitions" given by the later evolution of the Zhongyuan festival, has resulted in this festival not being prominent among the many traditional festivals. 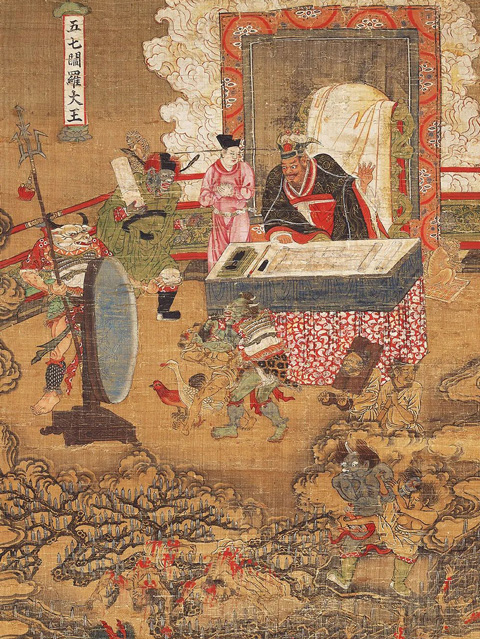 Nowadays, the original connotation of the "Qi Yue Ban" is mostly held spontaneously and sporadically within families, and no longer has a public character in the traditional sense. The festival reflects the respect for the collective consciousness and family system under the patriarchal system, and this traditional social value may be difficult to adapt to the changing society.

As one of the traditional Chinese ancestor worship festivals, the culture behind the Zhongyuan festival is a belief, that reflects the ancient thought of "慎终追远，民德归厚矣 (Pay a careful attention to the funeral rites to parents recall forefathers,  then the virtue of the people will resume its proper excellent.)", and its cultural core is respect for ancestors and filial piety.