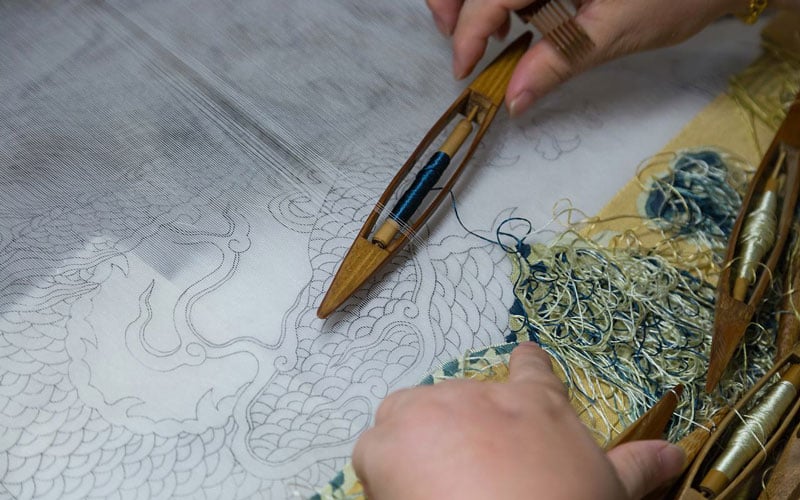 Kesi (缂丝), the most traditional type of silk weaving in the Chinese silk industry, which is highly appreciated for its decorative qualities.

Kesi is a kind of pattern with warp and weft, forming a pattern border, with the effect as if was carved, and rich two-sided three-dimensional sense of silk crafts. The knitting technique of Kesi is different from the embroidery and brocade. 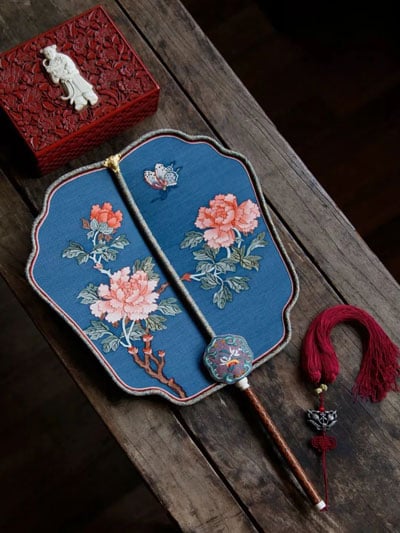 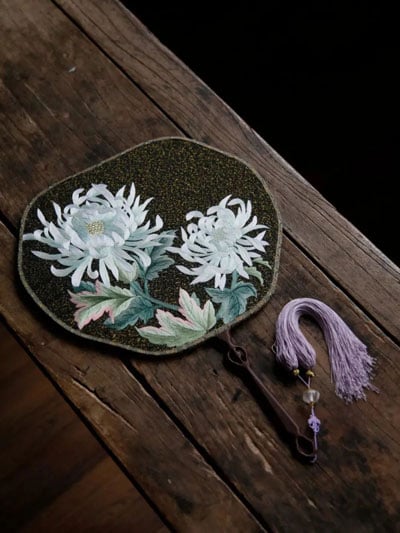 The Kesi technique has appeared many times in the collection of ancient costume dramas, such as the delicate Kesi fans in the hands of the concubines of “Story of Yanxi Palace”, adding endless style to them. The another drama “Marvelous Women” which take the Qing Dynasty as the background, has restored the weaving scene of the Kesi. 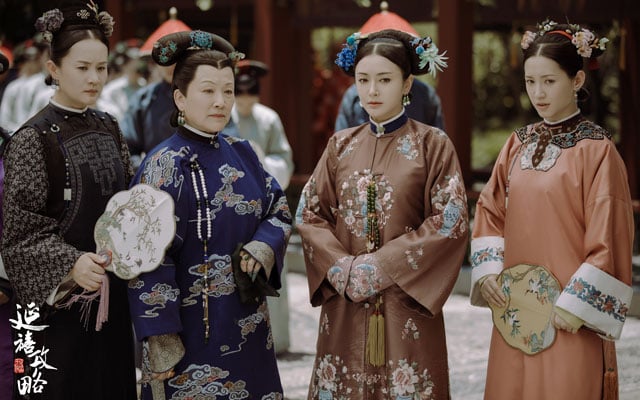 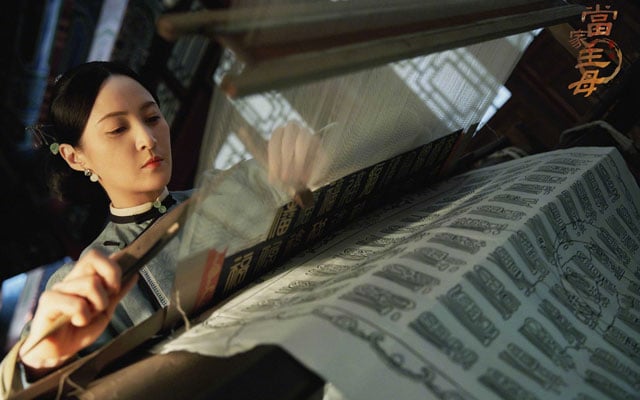 The Uniqueness of Kesi

Kesi has a history of 2,500 years, and it was formed during the Tang and Song dynasties. Since the Song and Yuan dynasties, Kesi has been one of the royal fabrics, commonly used in the weaving of the emperor and empress's clothing, the Yuzhen (the royal portraits) and replica ancient famous paintings and calligraphy. Because of the extremely detailed weaving process, the replicas is often better than the original, and the surviving fine products are extremely rare, which is the highlight of today's embroidery collection and auction. 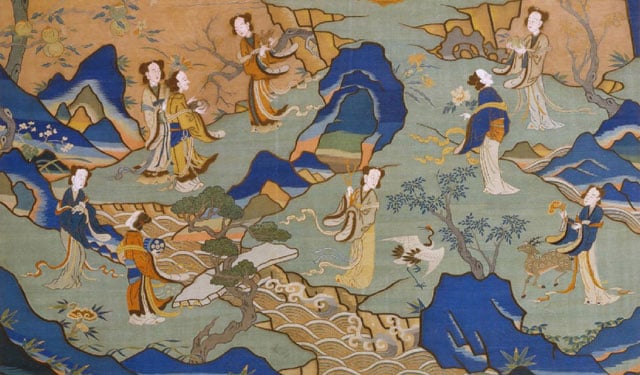 The manufacture of Kesi cannot be replaced by machines and can only rely on the craftsmen to weave it by hand, even skilled workers can only weave an inch or two a day, due to the highly difficult and extremely complex technology. The protracted process has tested the patience, perseverance and eyesight of the craftsmen, and also made the Kesi fabric only appear in the ancient court noble life. 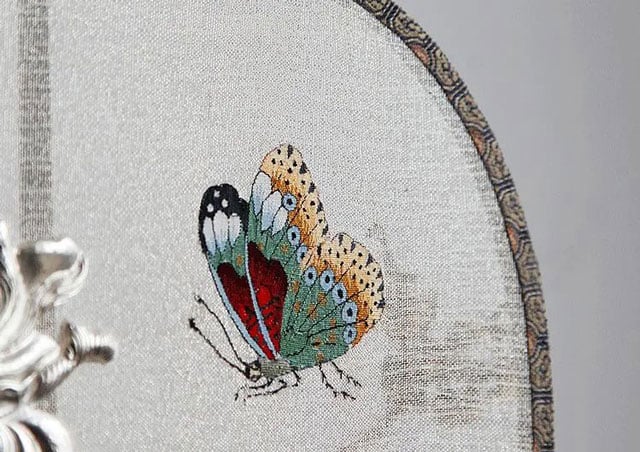 Wang Jianjiang, born in a Kesi family, is the sixth generation of the Wang’s Kesi family in Suzhou. His family has been engaged in Kesi weaving for more than a hundred years: specializing in making the court dragon robes and gowns for royal family; made the Eight Immortals Celebrating Birthday Robes and Xia Pei for the Empress Dowager Cixi; and Wang Jianjiang's great-grandfather, Wang Jinting, whose work "Magu Presents Longevity" had participated in the Panama International Exposition in 1915 and won an award; and his grandfather, Wang Maoxian, participated in the founding of the Kesi Group of Suzhou Embroidery Research Institute. 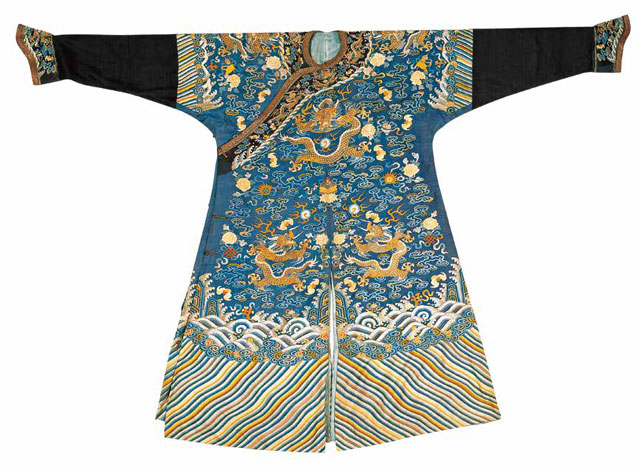 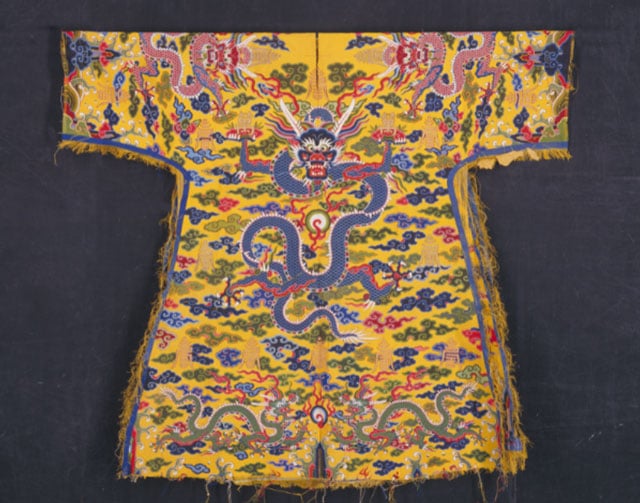 When Wang Jianjiang was 17 years old, his father let him to enter the Wuxian Kesi General Factory to study. Although Wang Jianjiang was very familiar with Kesi, but he was resistant at first. But like those  families that have been passed down traditional craft heritage from generation to generation, his father said: "Kesi is embedded in the soul of our family, inheritance is our mission." These words made Wang Jianjiang feel a sense of mission, and began to inherit the craftsmenship of Kesi technique. 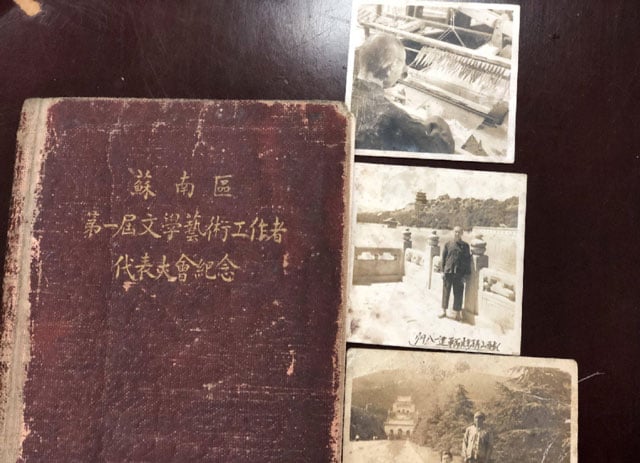 Kesi is easy to learn but difficult to master, and there are 16 technical processes. Generally, it takes apprentice three years to get the basic skills, and it takes ten years to weave a decent work. However, like Wang Jianjiang, who has been in the art for more than 40 years, is still full of reverence for Kesi craftsmenship. He said that the more he studies, the more he feels the greatness of the ancients, and the skills of modern Kesi craftsmen are far inferior to ancients. 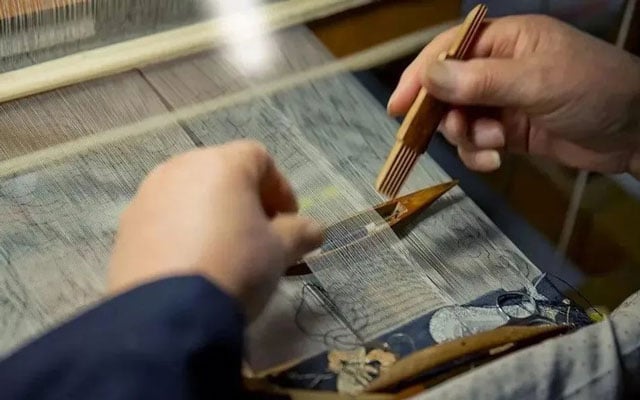 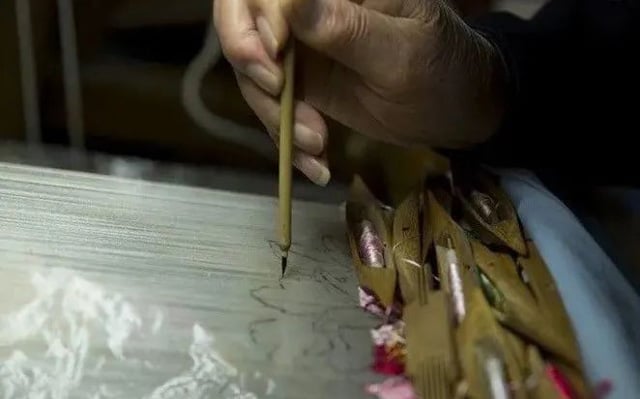 In the 1970s and 1980s, Kesi products were mainly used for export, and the market boom, resulting in the supply seriously exceed the demand. By the 1990s, the Kesi market had shrunk sharply, and practitioners had chosen to switch careers. But for Wang Jianjiang, the inheritance of six generations is not easy. He thinks that it is a merit to keep this craft from generation to generation in his lifetime. He believes that a glorious day of Kesi weaving crafts will eventually come.

Since 2013, Wang Jianjiang has joined the Palace Museum as a long-term cultural relic restoration technician. In 2006, Wang Jianjiang spent three years replicating the Wanli Emperor "Gun Fu (the emperor's formal dress)" of the Ming Dynasty, using 6,000 peacock feathers and 100,000 meters of imported gold thread to reproduce the style of royal dresses more than 400 years ago. 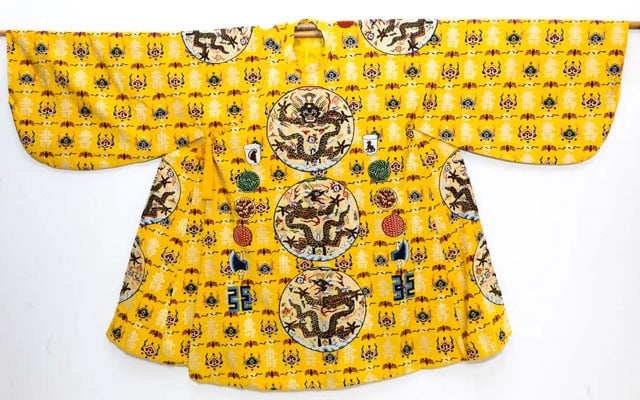 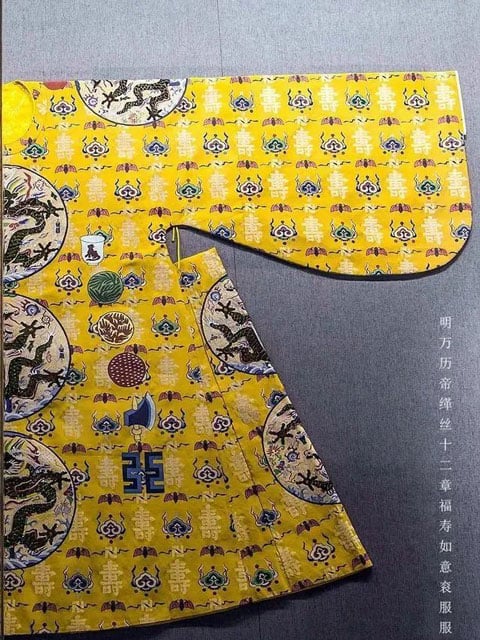 Another well-known replica by Wang Jianjiang: Kesi and bamboo inlaid jade screen, it is located in the main hall of Shoukanggong, the former residence of "Zhen Huan". The main screen in the middle of the screen is 120 cm high and 63 cm wide; the side screens on both sides are 100 cm high and 36 cm wide. 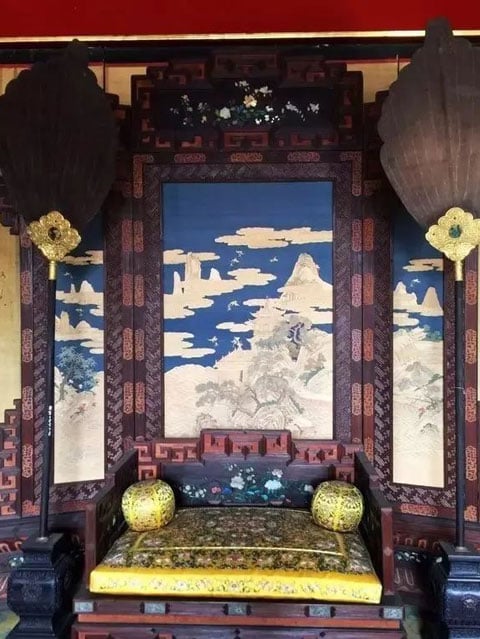 The cultural relics originated from the Qing Dynasty, and the silk thread used was also a material of that time, which is very different from the present silk thread in terms of color presentation. Wang Jianjiang spent a lot of time in the early stage, researching the color ratios and weft density of the original, striving to achieve the same look as the original. Finally, it took a whole year to complete the reproduction of the cultural relics.

The Current Inheritance Status of Kesi

He Xiaobei, born in 1994, happened to see the introduction of craftsmen's restoration of Kesi works in the program "Masters in The Forbidden City", she immediately fell in love with this complex and exquisite craftsmanship. She resolutely decided to resign, left her hometown of Chongqing and came to Suzhou alone, under the guidance of Teacher Wang Jianjiang, and devoted herself to learning Kesi. 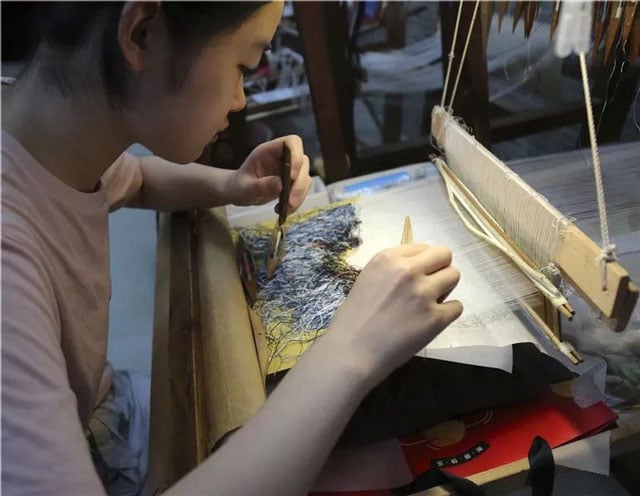 She started from practicing basic weaving, because the strength of the human hand is not the same as the machine, and the hand weaving will not be as uniform and smooth as the machine weaving. He Xiaobei practiced for nearly a year, until she doubted herself and wanted to give up. "As a stubborn person, I seem to be able to do only one thing well at a time." Perhaps it was this simple stubborn that made her become the top-notch among the apprentices in the master's mouth. 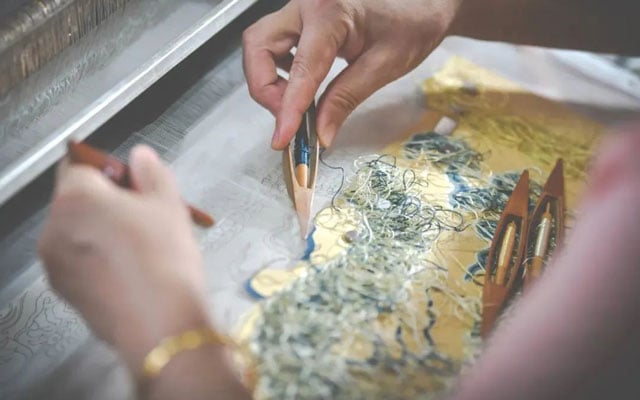 After learning Kesi, He Xiaobei found that people who engaged in this craft were generally older. Although it was free to learn with master, very few young people were willing to learn Kesi. Therefore, she edited her Kesi works into videos and posted them on social platform to attract more attention. 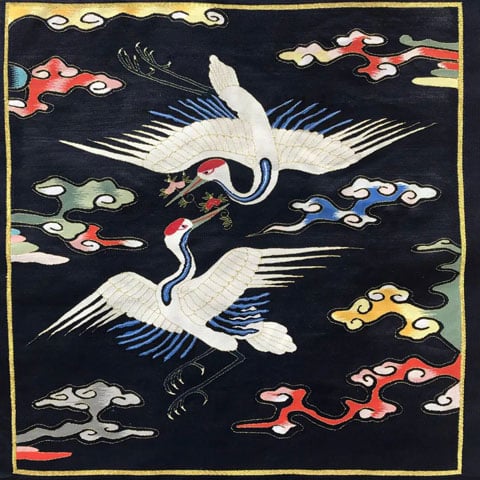 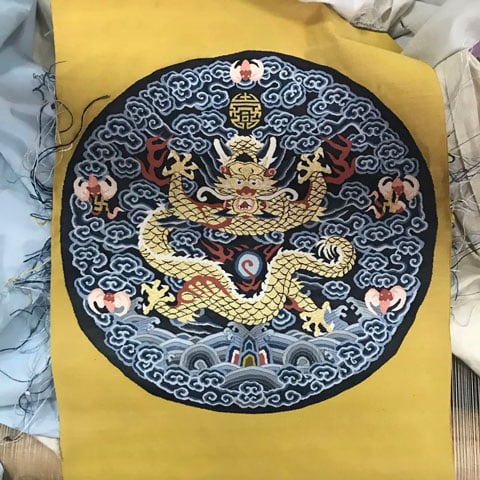 Hao Naiqiang, another inheritor of Kesi, not only inherited the intangible cultural heritage craftsmanship of Kesi, but also used Kesi to restore the relics fans of the Forbidden City, innovating traditional Kesi into beautiful traditional Chinese costume. 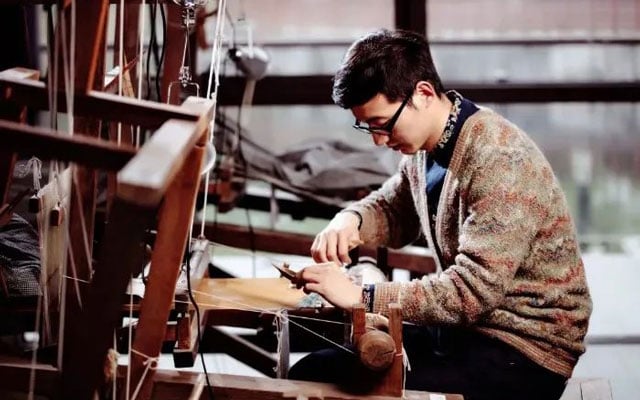 When he was in college, Hao Naiqiang accidentally came into contact with the Kesi skill because of his major. From then on, he immersed himself in it, asking experienced craftsmen for advice, sitting in front of the loom more than ten hours every day. 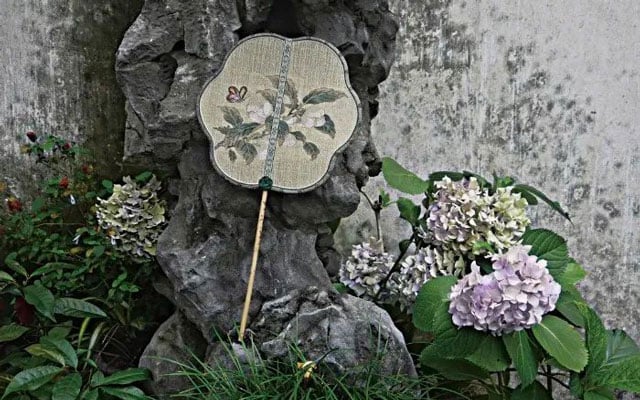 As one of the inheritors of the new generation of Kesi in Suzhou, Hao Naiqiang not only has excellent Kesi skills, but also diligent in thinking. He didn’t restrict Kesi to inheritance, but re-innovated Kesi fabrics through the expression, subjects, and materials of Kesi.

In terms of performance, he try to break the rules. In 2016, Hao Naiqiang took his Kesi Haute Couture and Footwear works appeared in Shanghai Design Week, stunning the audience. The upper of the shoes is inspired by the "A Thousand Li of Rivers and Mountains" in the famous paintings of the Song Dynasty, with soft curves and gentle colors, as if it is a paradise. 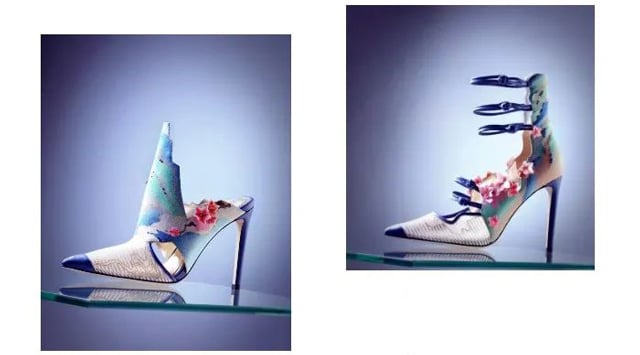 This is Hao Naiqiang's first cross-border cooperation with a brand. In order to make the originally slightly hard Kesi soft, he creatively used the "Luo" weaving method in the Kesi and constantly improve the running-in degree between the fabric and the Kesi.

There is more variety in the choice of subject matter. After gaining more and more recognition from the industry, many brands have also found Hao Naiqiang, hoping that they can combine elements of their brands with Kesi. Each new creation is an unprecedented challenge, which also gives more possibilities to the Kesi technique. 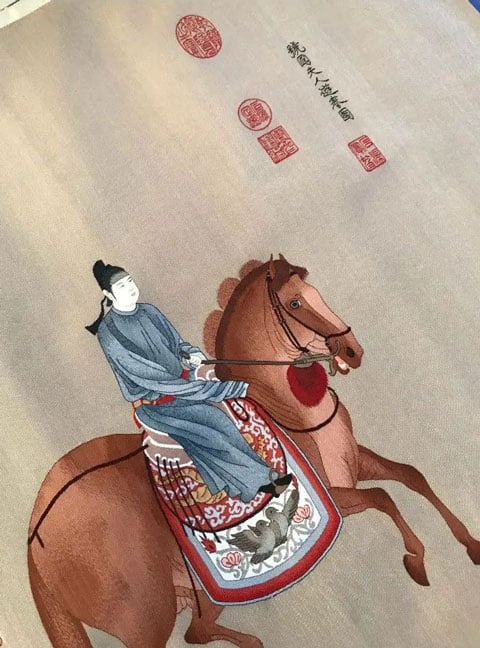 In the choice of fabrics, the willows sprouted new buds gave him inspiration. Kesi is generally made of cotton and silk fabrics, but he had a bold idea to use willow branches instead of silk thread. Today, Hao Naiqiang and his team, has experimentally applied Kesi to more than 20 products such as clothing, shoes, handbags, lamps, tea mats, greatly expanding the scope of application of Kesi. 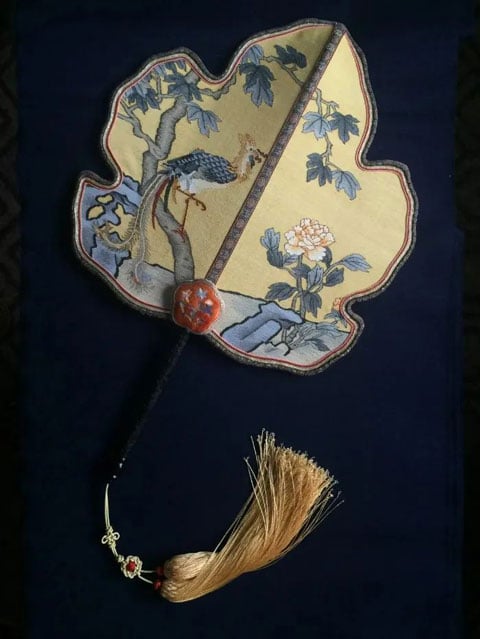 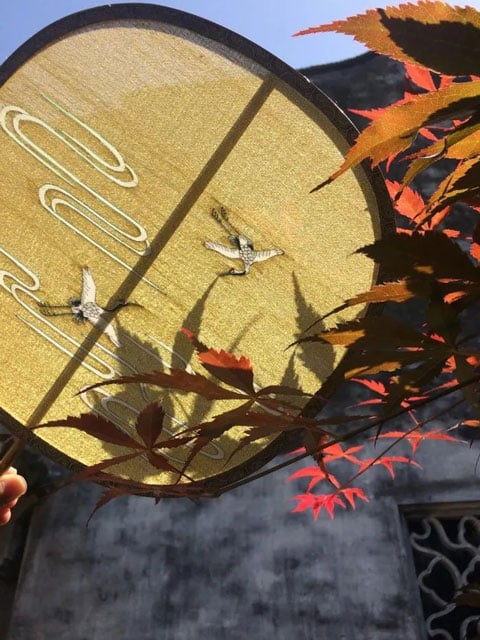 Kesi art has experienced continuous innovation, improvement and large-scale dissemination from ancient times to the present. However, some middle-aged Kesi practitioners in Suzhou are still trying to survive in the difficult market environment. Their persistent hope can make contemporary Kesi appear new vitality on the Chinese soil, and add splendid chapter to the history of Chinese contemporary arts and crafts. Meanwhile, a generation of "new Kesi craftsman" active in Suzhou is strive to continue to improve the craftsmanship and artistic value of this technique with their own persistence and belief.

Creative License: The article is the author original, udner (CC BY-NC-SA 4.0) Copyright License. Share & Quote this post or content, please Add Link to this Post URL in your page. Respect the original work is the best support for the creator, thank you!
traditional crafts
Related 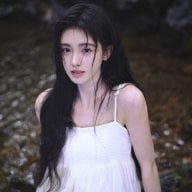