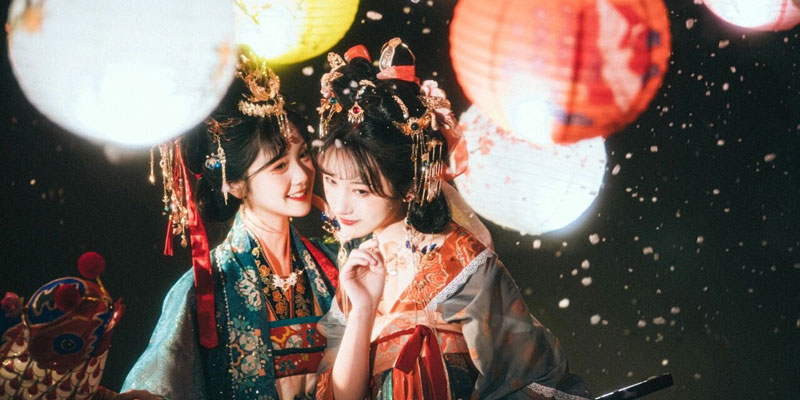 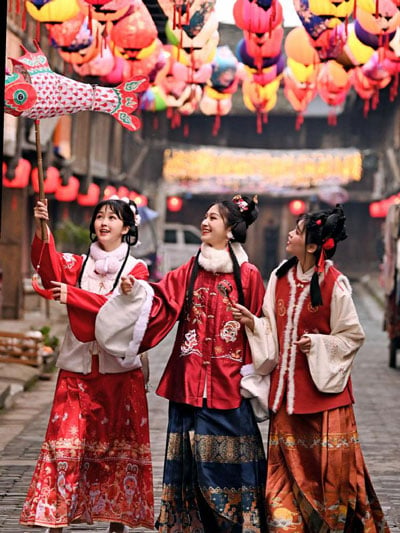 According to general information and folklore legends, the 15th day of the first month was already valued in the Western Han Dynasty, although the Lantern Festival really became a national folk festival after the Han and Wei dynasties.

The rise of the custom of lighting lanterns on the Lantern Festival is also related to the eastern spread of Buddhism, the Tang Dynasty, Buddhism flourished, officials and people generally in Yuan Xiao, "lighting lamps for Buddha", Buddhist lights then spread throughout the folk. 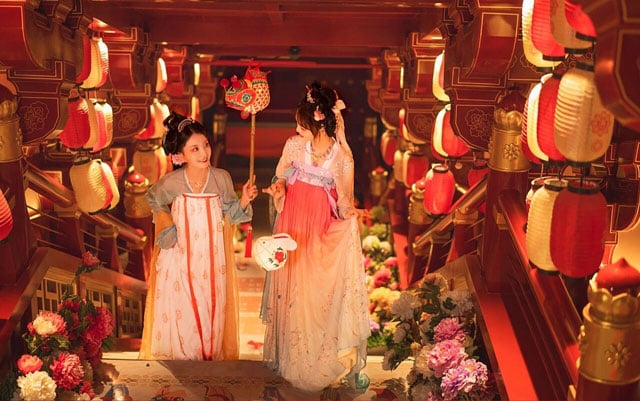 The festival features a series of traditional folk activities such as viewing lanterns, eating dumplings, guessing lantern riddles, and setting off fireworks. In June 2008, the festival was selected as the second batch of national intangible cultural heritage. 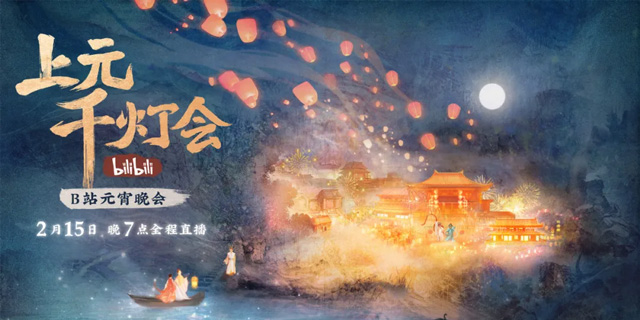 For example, CCTV's Lantern Festival Gala, with the theme of "Joyful Lantern Festival, Strong Chinese Style", vividly displayed the joyful atmosphere of the Lantern Festival through a variety of wonderful performances such as songs, dances, comedies, operas, martial arts, and magic. 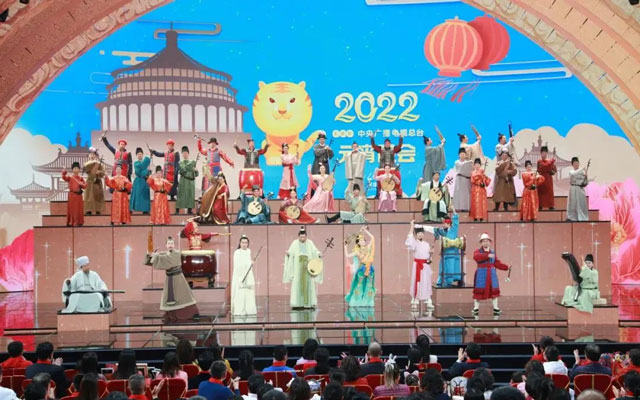 The creative program "Qi Tian Le" skillfully blends the musical blessings from space from the Chinese space station with the exciting folk music performance at the party, creating a magical encounter of shuttling through the universe and harmonizing heaven and earth, and interpreting the timeless charm of Chinese excellent traditional culture with new technology.

Hebei's program took the Lantern Festival as an opportunity, in the name of "Dream of the Red Chamber", poetry as the content, and reunion as the sentiment, creating a TV cultural feast rich in travel, immersion. 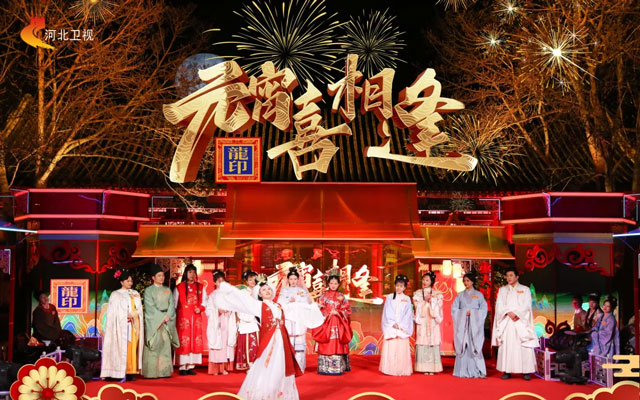 But anyway, the highlight of this year has to be released to Henan TV's "Lantern Festival Wonderful Tour (元宵奇妙游)", let's see the key analysis from the Dongjin Shangyu for it.

Enjoy the reunion of heaven, earth, and people, and experience the romance across the millennium! This is a journey through time and space, a reunion when the moon rises, and a watchful eye by the lights! 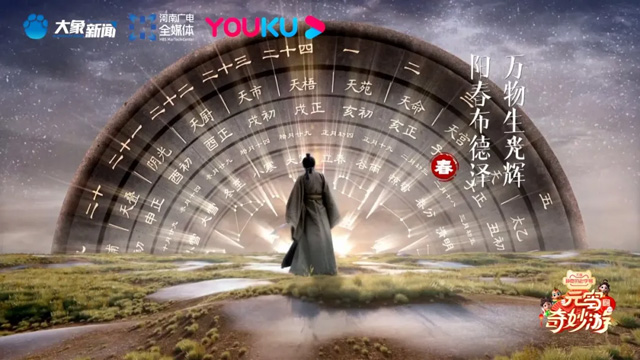 After the program aired, viewers are also scrambling to discuss the traditional Chinese culture contained in the program, of course, more people are also praising "Lantern Festival Wonderful Tour" to show you all the Chinese romance.

This year's "Lantern Festival Wonderful Tour" is a creative concept film linking the whole show, through three chapters, allowing everyone to feel the hope of "Yuan", the romance of meeting at "Xiao", and the family and nation sentiment of "Deng". The visual expression also continues the aesthetic style of the Chinoiserie, while integrating the current multi-cultural elements. 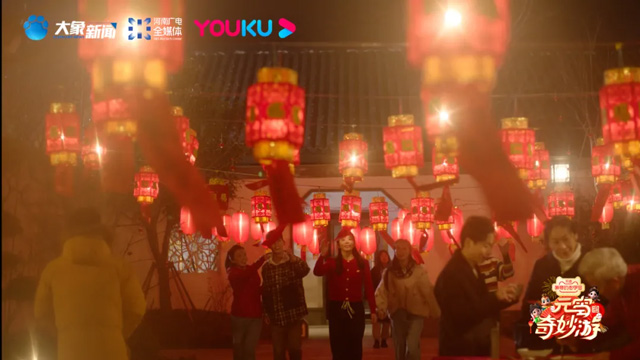 She said in an interview, "Lantern Festival Wonderful Tour" is not just to show traditional culture, will pay more attention to the cultural and emotional connotations of Chinese festivals.

Lu Hongli explained that previously, the show was more about the folklore or customs of the relevant festivals in traditional Chinese culture, but this year they want to go further to deepen the cultural connotation of Chinese festivals, as well as the emotional and spiritual connotation carried by the festivals.

"In ancient times, letters were the main method of communication, but nowadays we are basically communicated on the Internet. Likewise, the customs of festivals have changed greatly over the centuries as they have evolved with the times. But why do we still have a particularly strong attachment to Chinese festivals?"

"In fact, the most precious thing is the kind of emotional factor in the festival, and the spiritual connotation of the Chinese people conveyed by this festival. This cultural and spiritual aspect attracts people to pass it down from generation to generation, so this year we want to focus on this aspect to dig deeper and make 'upgraded Chinese festivals'."

And specifically to this "Wonderful Tour", the program team finally decided to "Yuan" "Xiao" "Deng" three theme words, through three chapters, leading the audience into a new light of the world.

The first chapter is "Yuan". Yuan is the beginning of the year, the reincarnation of the four seasons to the origin, Yuan is the new life, is the hope, is the starting point. 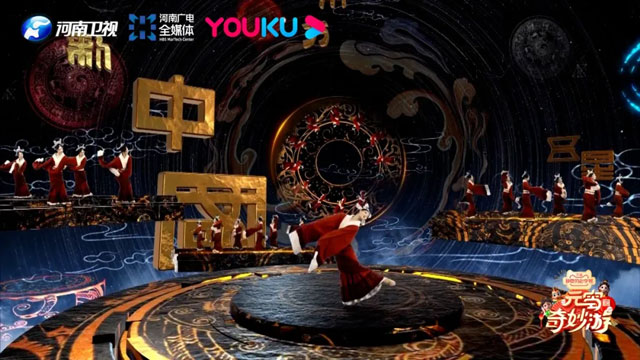 For example, the dance "Five Stars Rise in the East" is inspired by Han Dynasty brocade artifacts, and the dancers dressed in elaborate and elaborate clothes showcase the spirit of the Han Dynasty. The theme of "Yuan" is interpreted in a broader emotional dimension.

The second chapter is "Xiao". The Xiao is the night, the first full moon night of the first month of the year, we met in this night, we met love, met family, this is the romantic undertones of the Lantern Festival. 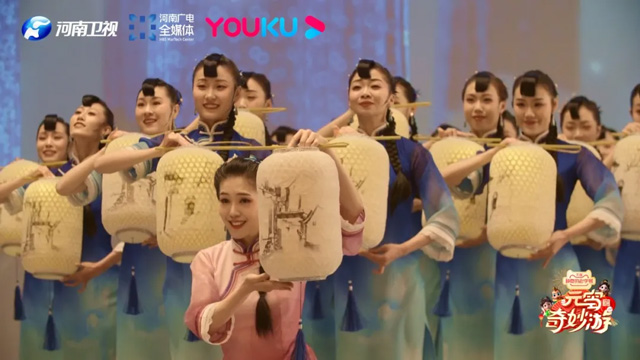 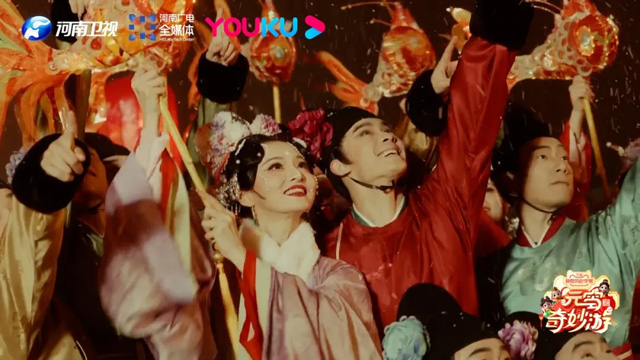 In this chapter, the Chinese dance "The Lantern Festival Fair in the Song Dynasty" and the dance "Slower Days in the Past" conveyed the warm and beautiful flow of emotions in the world.

A netizen said, "The girl dressed up in men's clothes and mixed into the team of men, and it so happened that the young man also fell in love with her at first sight ...... I was deeply attracted by the ancient men and women's bold pursuit of love." 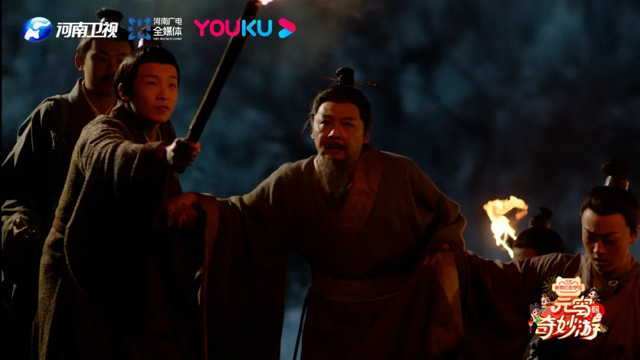 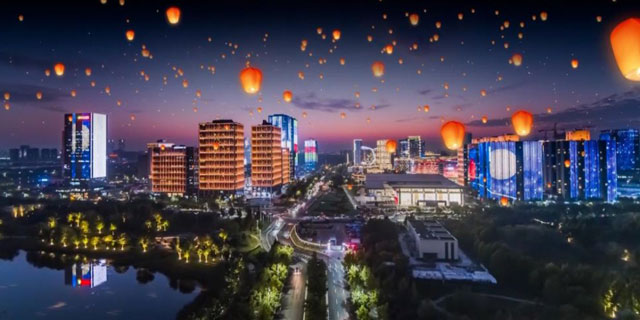 Therefore, in this chapter, the audience saw the scene of Confucius traveling around the countries to spread his thoughts through hardships, the light of Qi Jiguang resisting enemy and guarding the border, the oil lamp accompanying Li Dazhao in his pursuit of truth, and the light of such a meritorious person as Deng Jiaxian when he was working.

In addition to dance and song, there is also a visual show and a food show in "Wonderful Tour", as Lu Hongli mentioned before, "We are also exploring and want to give people a richer audio-visual experience." 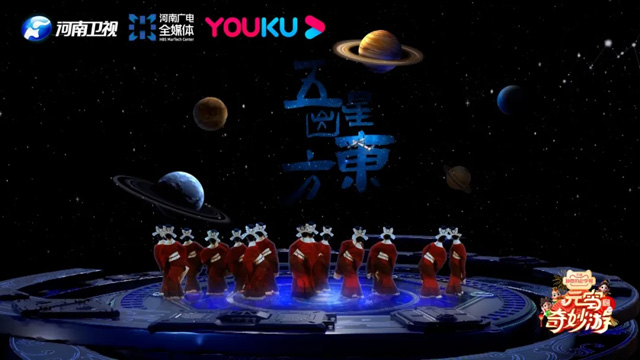 The Lantern Festival lion dance is a widely known folklore and festival custom since ancient times, and is also a common and typical Chinese festival symbol both at home and abroad, especially for overseas Chinese, the lion dance is also a familiar and dear Chinese folklore to them.

"The lion dance is a very classic performance in Chinese festivals, in fact, it is not only a performance of lions, but also carries emotions. At the same time, the majestic and powerful lion also means "guard" and "guardian" in the Chinese concept." 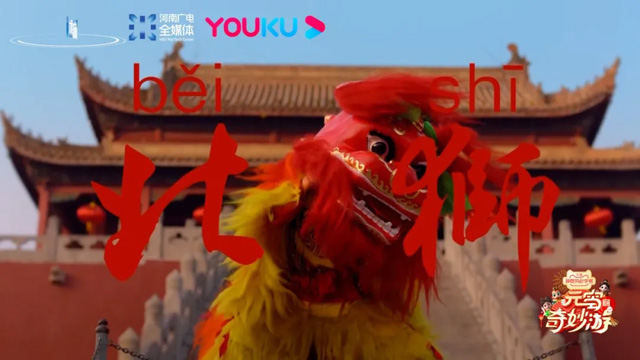 "We expanded this concept and came up with the show "Prancing Lions Guarding the East", trying to express our understanding of folklore performance and the Chinese cultural connotation we believe it carries."

When it comes to Henan, many people know about Braised noodles and Hulatang, but apart from these two famous dishes, little is known about Henan cuisine.

For example, few people know that Yi Yin, who is known as the "originator of cooking" and the "ancestor of Chinese cooking". And Henan Changyuan is the first "hometown of chefs" in China, with 30,000 chefs in 46 countries around the world.

Henan cuisine has been adhering to the basic traditions of Chinese cooking: neutral and harmonious, not too sweet, not too salty, not too spicy, not too sour, but in between sweet, salty, sour and spicy to seek its middle, so there is this program "Flavors of Life".

It's about a chef's family in Changyuan, a family gathering with a cooking competition, which not only shows the food but also contains the warmth and affection during the reunion. Extremely with the characteristics of the Central Plains of Henan food, so that the netizens of the mouth-watering, but also evoked outside the Henan people to the hometown and loved ones of the homesickness.

It has been a year since last year's Henan Spring Festival Gala became a hit. In the past year, Henan TV has continued the production style of "Tang Palace Night Banquet" and other programs, and launched the "Chinese Festival" series one after another on the occasion of Chinese traditional festivals.

The "Chinese Festival" series has become a "phenomenal" event in the field of Chinese television and culture, and has also set off a wave of young audiences concerned about traditional Chinese culture.

In the process of creating this series of quality programs, the team is also making progress in the process of exploring and upgrading their filming skills and ideas. Lu Hongli admits that they are constantly looking for the best combination of traditional culture and innovative technology, as well as the best means of expression to carry this subject matter.

Including this time "Lantern Festival Wonderful Tour", they pursue a different shooting style, just want to give the audience a different sense of view, "different subjects have different interpretations, different ways of expression, want to let everyone have a visual freshness.

The song "Back Thrust: A Tale of Five Heroines" is presented in a combination of comic and live action. 12 programs in 12 styles, each of which took a lot of effort from the team. The team, which is busy after the Spring Festival Gala, is working around the clock, but still remains excited and even exhilarated to create, they still have a lot of ideas to express, and the creativity keeps coming out. 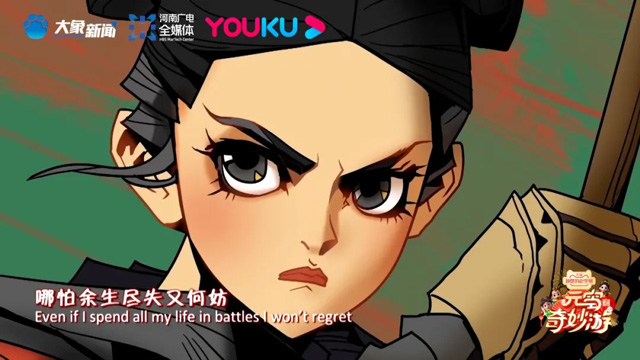 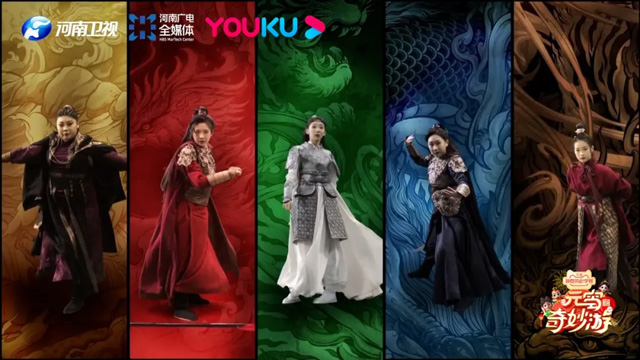 "The only reason is love, want your work can have a breakthrough, can be liked by everyone, this is the most fundamental motivation." In the future, besides the upgraded "Chinese Festivals" series, there will also be "Chinese Festivals" related programs, and they will no longer be limited to the "Wonderful Tour" approach, but will be "multi-level and multi-point to present the traditional Chinese culture".