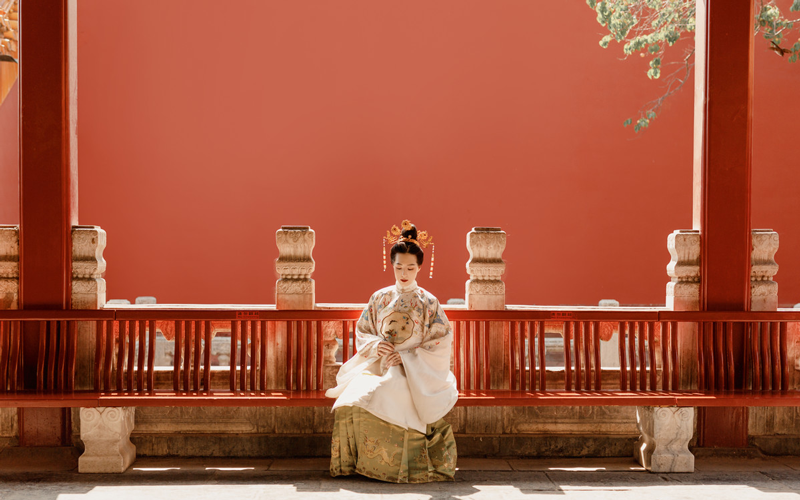 While more and more young people are wearing various Chinese costumes and it is also common to see exciting videos related to hanfu on social media.

The hanfu market, which was once considered a "niche" market, is also gaining in popularity. According to the China-Chic Economic Development Report 2020-2021 published by iiMedia Research earlier this year, by the end of 2020, there will be more than 5 million hanfu enthusiasts in China, and the hanfu market sales scale will reach more than 6 billion yuan.

Growing from a niche hobby to a $10 billion market, the hanfu industry chain has flourished in design, clothing, sales and peripheral industries, with such things as hanfu festivals, traditional tea experiences, hanfu social products, and hanfu photography services springing up. Many young people have also taken up these emerging positions because of their love and interest.

"Amazing! In the Ancient Chinese Costume Exhibition, there is one hanfu whose edge is designed by me!" At the beginning of this year, Qianqian, a 21-year-old Tianjin girl, had her "highlight moment". But five years ago, she had no knowledge of design software, fabric selection and other expertise, despite her love for Chinese costumes. 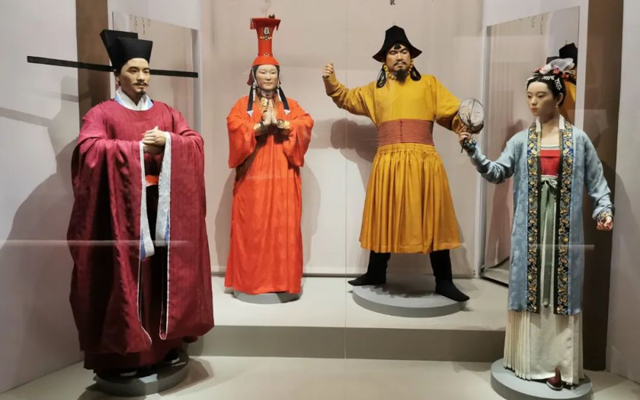 Qianqian learned dance when she was child and fell in love with hanfu after being exposed to classical dance. But at that time, there were very few niche styles of hanfu, so "why not try to design my own good-looking hanfu?"

From there, she got motivated and started to research and learn about hanfu. From the history of costumes, to ancient silk design materials containing various traditional patterns, to related documents and historical materials, Qianqian tried to learn more about the hanfu form.

She found the hanfu design group and a group of fellow hanfu enthusiasts, and kept communicating. After more than half a year, Qianqian started to design her first set of hanfu, and even though it was only hanfu inspired clothing, it brought her an income and started her career as an original designer.

Wearing a flowing hanfu, walking in the ancient town of Dali and Erhai Lake, making all kinds of flower-wrapped hairpins, fans and folding fans for guests, and painting exquisite hanfu makeup, this is the life of post-90s Qianshan Jinyi.

When he was in college, he was influenced by his friends around him, and he also fell in love with hanfu, and joined many hanfu groups. "I saw a lot of people posting their works in the group, and as an art student, I thought I could try painting fans for sale. Unexpectedly, at the subsequent Cherry Blossom Festival held by the school, the traditional fans and bookmarks he painted were very popular. 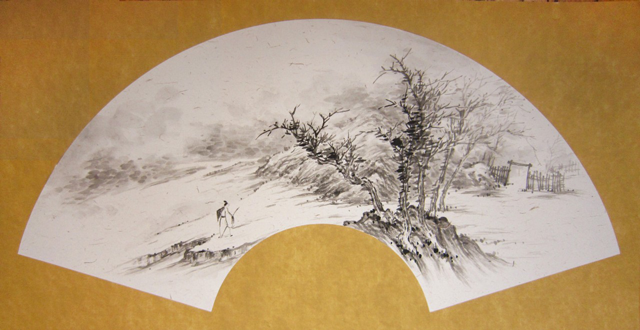 This attempt gave him so much confidence that after learning more about hanfu accessories and makeup making, he locked his products in handmade hairpins and occasionally painted fans. "Because I especially like traditional culture, I want to develop it as a business."

Wearing hanfu, visiting traditional buildings such as the Forbidden City, Temple of Heaven and the Datang Everbright City, to feel the charm of cultural architecture. many young people who are happy to try something new have started to aim at traditional hanfu rental appointments, and photos of retro styling always reap a wave of praise against the backdrop of heritage buildings. 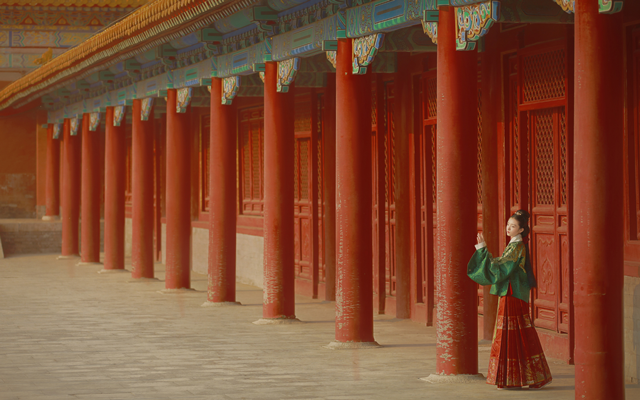 Post-95 hanfu photographer Sijiu likes hanfu and photography, and for every appointment, she prepares clothing, makeup and props according to the needs and characteristics of her guests. In her opinion, only photographers who are really interested in Chinese costumes can produce wonderful hanfu works..

"Some years ago, people still felt that hanfu was 'strange clothes', but now it's different, as traditional culture is liked by young people and spontaneously inherited, hanfu culture is now being viewed correctly and more and more people are willing to try wearing it".

A survey shows that with the influx of enthusiasts, merchants and capital, hanfu has developed from a single garment design and production to numerous professional hanfu e-commerce brands and hanfu cultural network community platforms, etc. Consumers can not only buy a wide variety of hanfu and ancient style accessories, but even rent and photograph hanfu and experience various hanfu cultural activities, etc. The post-90s and post-95s, who grew up with the Internet, have found their place in the hanfu industry chain by using various social media to converge together and dig deep into traditional Chinese culture.

The opportunity brought by the Internet and traditional culture

"It's not hard to get into hanfu design, as long as you have good ideas and can create good works, you may not get a lot of attention in the early stage, but you will definitely be seen".

In order to highlight the traditional flavor, Qianqian has his own secret: before drawing the design, she determines the auspicious symbolic elements; or she takes the traditional cultural materials and designs and transforms them according to her own ideas. 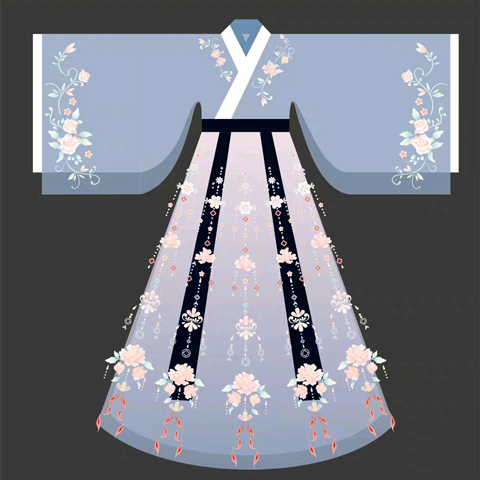 "For example, to design a wedding dress, I will use the symbolic meaning of 'the more children, the greater prosperity' and use the patterns of pomegranate, Buddha's hand melon and peach to intersect with the intertwined lotus design. The intertwined lotus pattern can also be recreated to fit modern trends."

After completing the design, Qianqian posted her work in different hanfu groups and indeed received many inquiries from merchants, and Qianqian's work was then able to be produced and worn by more people. The development of the Internet and social networking platforms has broken the geographical restrictions between designers and merchants.

Like Qianqian, Qianshan Jinyi also learn a lot from hanfu communication groups. At the same time, he also likes to go to the antique market to acquire some raw materials such as jade and agate from the Ming and Qing dynasties, "the old objects themselves reveal the antique color and fragrance."

On one of his favorite hydrangea hairpin, the petals are baroque pearls, the stamen is South Red Agate, the leaves are inlaid with floral silk, and the roots of the leaves use the rendering technique in Chinese painting brushwork, plus some jadeite flower pieces from the Qing Dynasty period, and a small butterfly is made with the series of beadwork. "From having the design idea to the real completion took 1 month, every detail will be given meaning by heart." 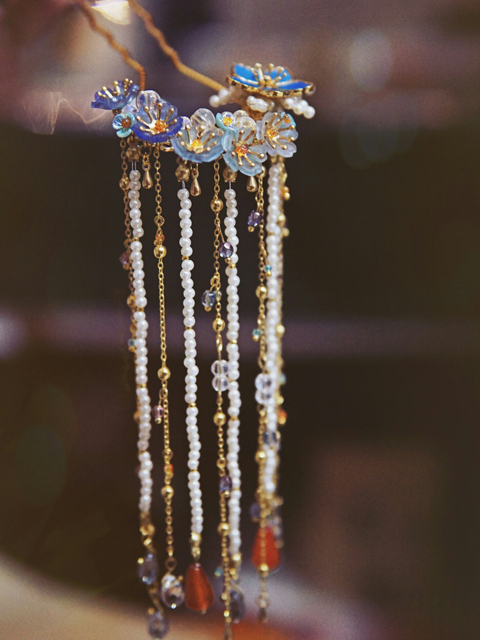 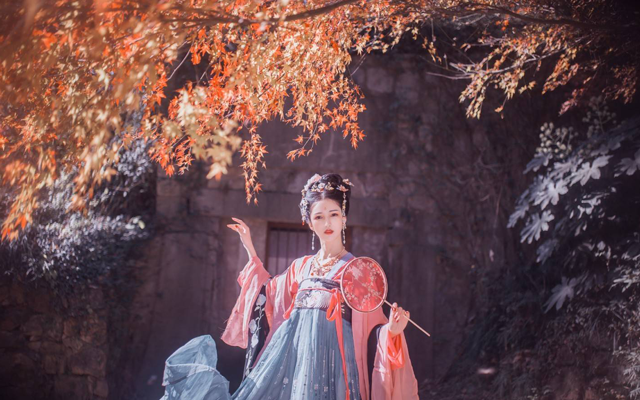 "This spring, the orders are so many that scheduled to four months later, the pressure to stop taking orders for a period of time." Qianshan Jinyi said, do design work always can not find inspiration and stressful times, "I will go shopping antique markets, to understand the new style materials, and constantly open their eyes and then dig deeper into the traditional Chinese culture, inspiration will come again."

In their view, the 5,000 years of traditional Chinese culture has given them a constant source of inspiration and strength, and they are confident about their future development even when they take up new career positions. What they and more young people want to do is "is to bring together the wisdom of the ancients 'original flavor', in the new era of the Internet, continue to inherit and carry forward, new life.