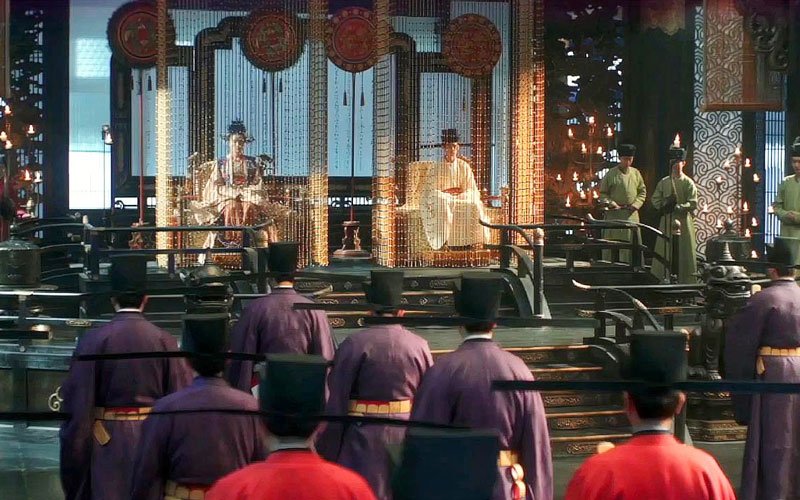 Halfway through 2020, there have been a lot of new dramas aired this year, and netizens have voted for the 5 most popular dramas of the past half-year. Which one do you think is the best?

It is a drama series on the subject of economic investigation starring Wang Kai, Wang Ou, Hu Jun and Liu Yijun, written by Zhao Dongling, directed by Liu Xin and produced by China International Television Corporation and Youku.

The play tells the story of Xia Yuan and Wu Jiaqi, the investigative police officers who solve major economic crimes and carry out multinational cross-border pursuit of fugitives.

It is an ancient legendary drama co-produced by Zhengwu Film, Zhonghui Film, and Tencent Video, starring Wang Kai, Jiang Shu Ying and Ren Min. The Northern Song Emperor Zhao Zhen (played by Wang Kai) learns that the Empress Dowager, who raised herself, is not his birth mother, and that his real mother is Li Lanhui, Empress Dowager's maid at the time. To repay the Li family, Zhao Zhen marries his beloved daughter Hui Ruo (played by Ren Min) to Li Wei, the grandson of the Li family.

But the princess, having developed a deep affection for the chamberlain who had grown up with her, rejected the marriage, and finally came to blows. The princess defied all odds, trying to break the Empire's toughest rules and provoking heinous protests.

3. We are Where the Dream Began

Dou Dou, a small section of the propaganda department with no experience of rural life and work, became the "first secretary" of Shaxi village by a transfer order.

When he first arrived in the countryside, Doudou was repeatedly frustrated, especially with the "inaction" of the village director Jiang Chongyang, and the two were constantly in conflict due to misunderstanding and prejudice.

But with a passion and tenacity, Doudou vowed to do something in Shaxi Village, with the help of his friend designer Zhao Xiaowei, Shaxi Village gradually took on a new look. The arrival of the Doudou has done wonders for the village of Shaxi.

Liao Junbo in Nanping, Fujian Province, has served as town mayor, county governor, vice mayor and other positions, although the position has changed repeatedly, the original intention of benefiting the people remains unchanged.

In order to develop the local economy, Liao Junbo is brave to challenge and innovate, and has presided over the construction of many industrial parks, introducing hundreds of enterprises to set up, bringing new impetus to economic development. In just four years, the transformation of a provincial poor counties into the economic development of the province's top ten counties, so that more than 30,000 poor households out of poverty.

This is an emotional family drama starring Ren Chengwei and Nanning. The play tells the story of Jiang Wanxiang, an old carpenter who has devoted his life to his traditional skills, and his sons and daughters who are in constant conflict in their lives.

In the end, with the help of the eldest daughter, Jiang Ying-hua, the family heals their trauma and grows together.

These are the 5 most talked-about 2020 dramas by netizens. Among them, Cheongpyungaku has sparked a lively discussion in the nation's 90s, as it feels like a return to that happy childhood when seeing poets from elementary school books appear on TV one by one.

Of course, there are also many TV dramas that are on the air and not finished, such as the recent fiery Ghost Blows the Lamp, a fantasy Cdrama about tomb raiders that has also sparked a nationwide discussion. If you have seen it in the novel of the same name, then you must not miss it.