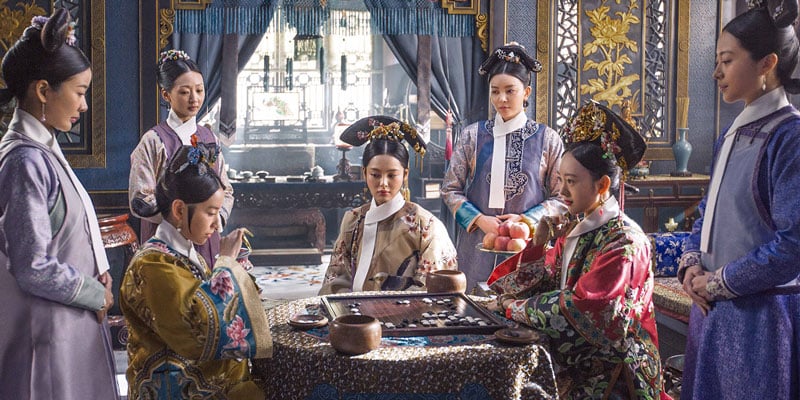 The popularity of palace dramas has always been at the forefront of Chinese costume dramas, such as Empresses in the Palace, Ruyi's Royal Love in the Palace, Story of Yanxi Palace, and other classic dramas.

The most famous of them is the Empresses in the Palace, a decade-old drama that is still a hit today and is watched repeatedly by netizens to study the relationships and details of the characters in the drama. 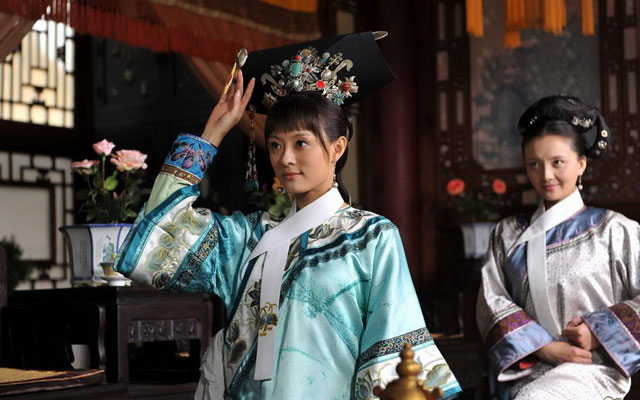 If you have ever watched a Qing Dynasty palace drama, did you find that the concubines in the drama often wore a white scarf? Its official name is: Ling Jin (领巾). But the vast majority of the time, it was mistakenly called the Long Hua (龙华), but there is no historical record associated with this name. 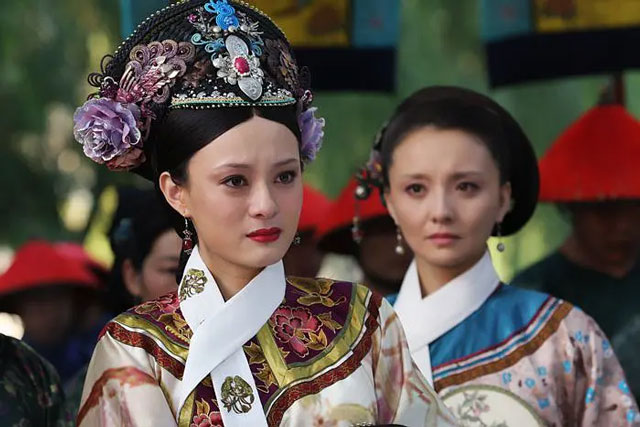 The Qing Dynasty was a minority dynasty, and its dress and costumes were different from those of all the dynasties, with typical minority characteristics. Out of the need for safaris, in order to keep the flexibility of head-turning, the clothes of the Qing Dynasty maintained the attributes of collarless, or the separation of clothes and collar. 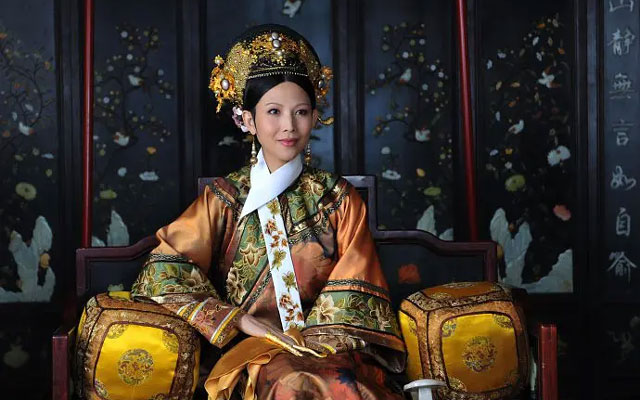 The collarless design was originally designed for hunting life, so with the Qing army established the Qing Dynasty, no longer a need to hunt for a living, but always bare neck does not look good, in the case of inheriting the characteristics of traditional clothing, the essential role of the Ling Jin is to play the part of the collar.

In addition to replacing the collar, the Ling Jin usually serves two other purposes. On the one hand, it can be used to protect against the cold, on the other hand, it is used to cover the neck, the Qing Dynasty women tend to be conservative, will try to ensure that the skin is not exposed, which is also reflected in the Manchu aristocracy's clothing. 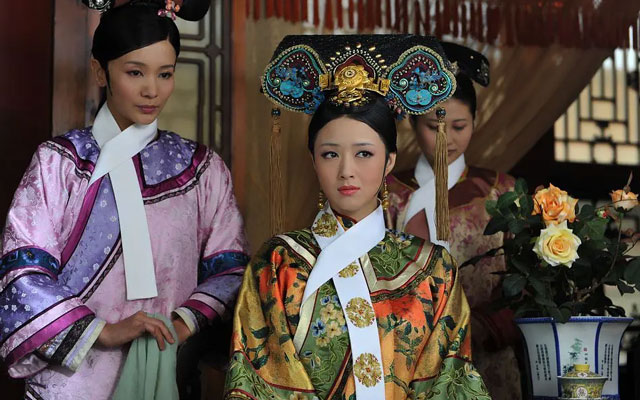 In addition to the Ling Jin, a stiff collar called the 'Ling Yi (领衣)' is also used as a substitute for a collar. However, the 'Ling Yi' was usually used for more formal occasions, while the Ling Jin was more widely used. By the end of the Qing Dynasty, the scarf gradually disappeared with the emergence of fixed collars.

The Ling Jin was not always the same style. As it is one of the daily clothes, the range of patterns to choose from is great., except for the material, color, and particular pattern which need to conform to the ritual system. 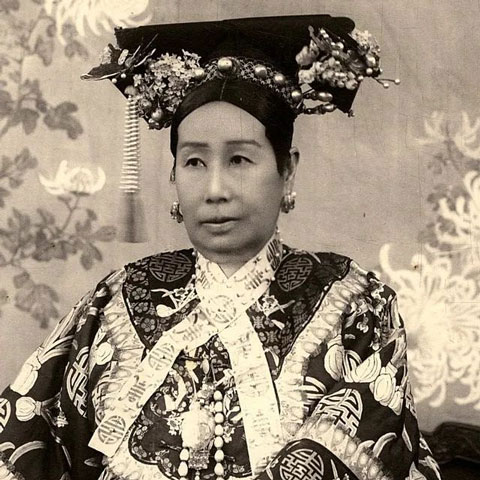 And as time progressed, the Ling Jin was also influenced by the increasing emphasis on decorating clothing in the late Qing Dynasty, which became more elaborate. This likewise shows that costume accessories often moved from practicality to beautification and would add some decoration. Like the flag head (two buns head, 两把头), it was a developmental process, the decisive factor being the timeline and the financial resources. 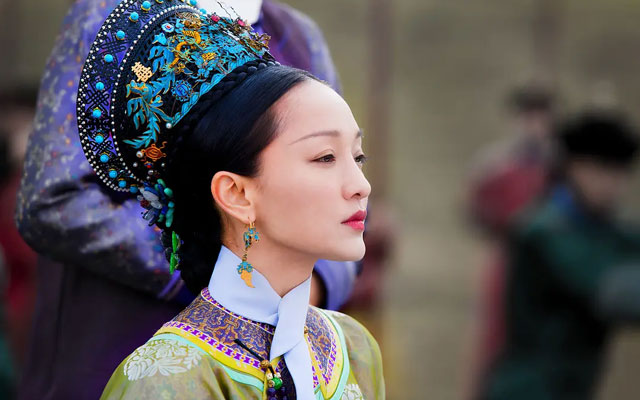 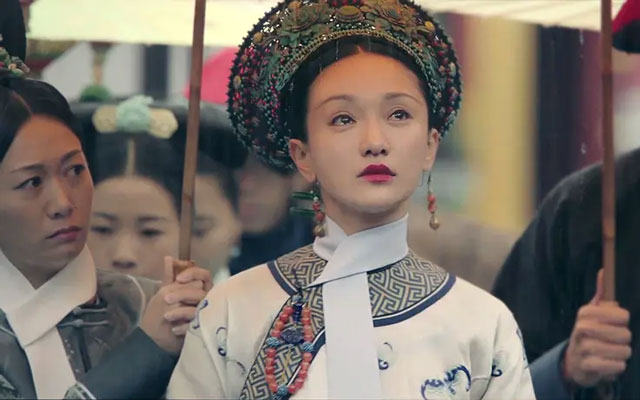 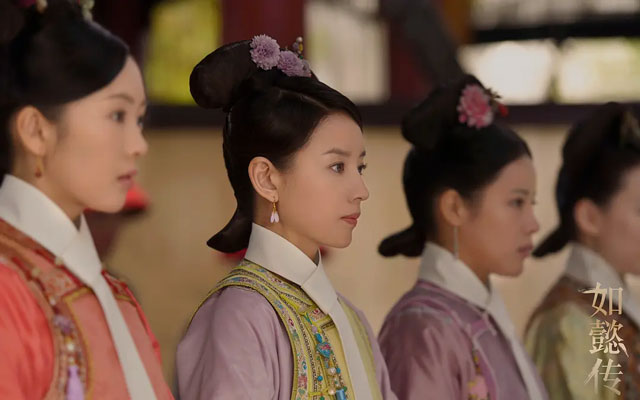 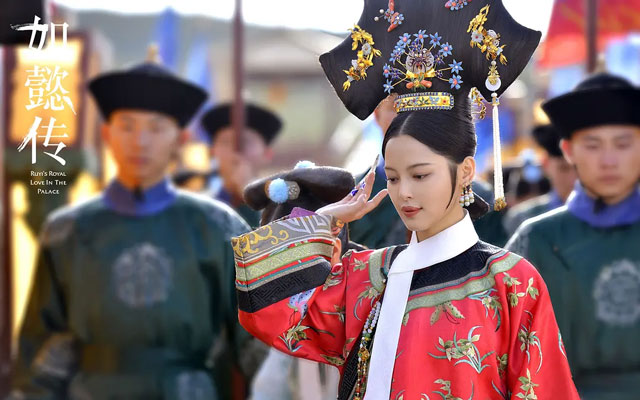 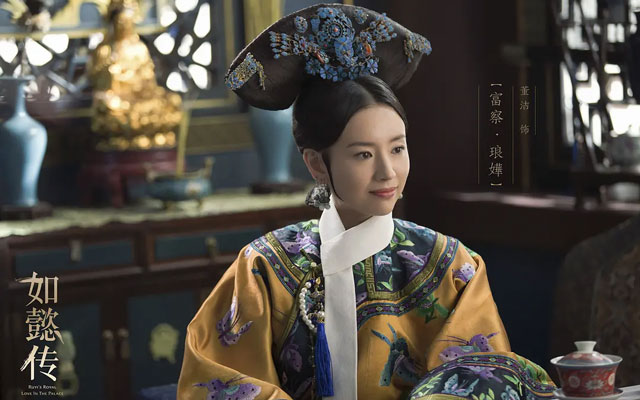 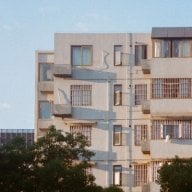