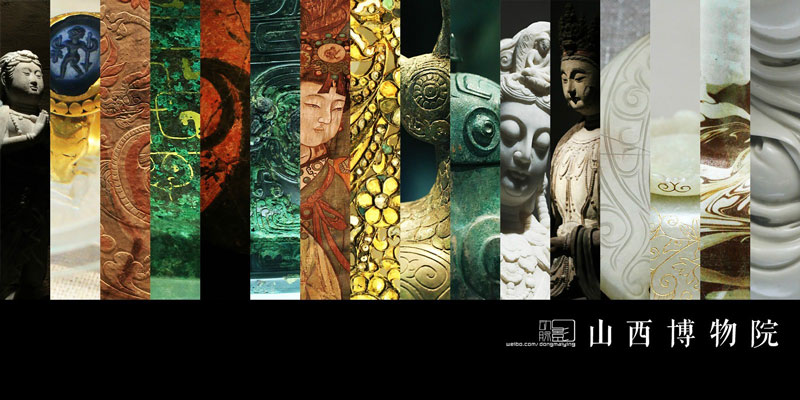 Dongmaiying (动脉影) is a cultural artifact and museum photography blogger, who does his job in the finance industry. In the past ten years, he has taken advantage of holidays and business trips to travel to more than 200 museums, taking 470,000 photos.

Unlike the official heritage photos released by museums, his photos are clean, quiet, and linear. With the most common photographic equipment, he did not use tripods or flashes, and even used the backs of other visitors to give the photos a background, but he captured the most beautiful angles of the artifacts. 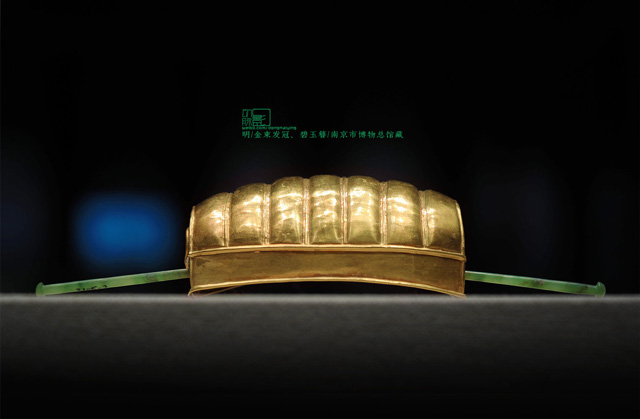 Dongmaiying currently has 3.93 million followers on Weibo, and many staff members of famous museums, even curators, are his fans. 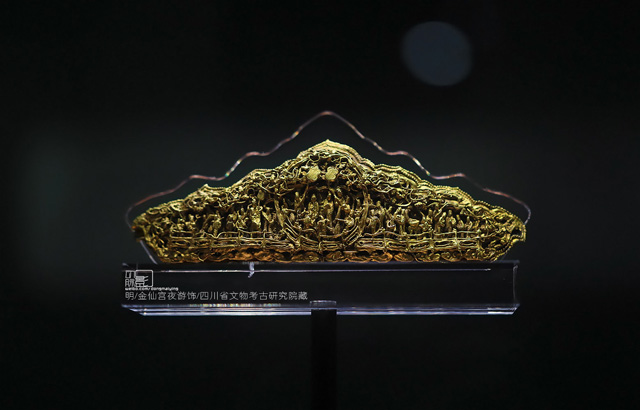 However, he never shares photos of himself, "It doesn't matter what I look like. I would prefer that more people, through my photography, inspire an interest in traditional Chinese culture and choose to go into museums and have a look at the valuable treasures of Chinese culture." 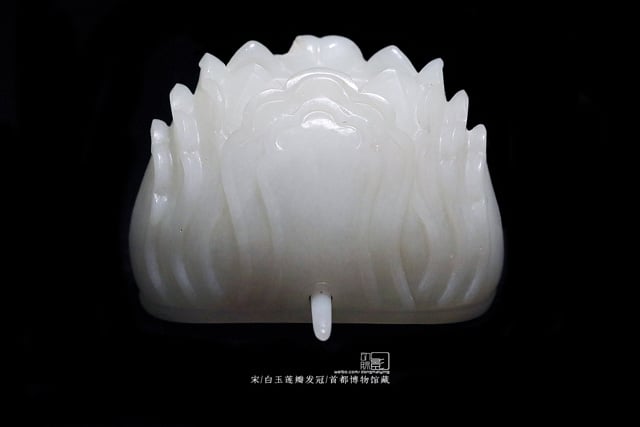 The following is from an interview with Dongmaiying conducted by Yi Tiao reporter Xiao Yue, and is mostly oral

I am a cultural artifact and museum photography blogger. From 2012 to now, I have traveled to more than 200 museums and taken 470,000 photos.

More than one set of the photos I have taken has been heavily reposted on social media platforms. For example, in June 2019, I took a detail of the emerald green carved body of a Qing Dynasty jade vase at the Aurora Art Museum in Shanghai.

In January 2019, at the Datong Museum, I photographed a set of blue hemispherical glass vessels from the Northern Wei Dynasty, which also gave rise to a buzzword, "Northern Wei Blue."

The pure black background with the transparent white jade, this group of photos is also very shocking.

I am considered a relatively early museum enthusiast, my job is in the financial industry, shooting cultural artifacts is purely my hobby. 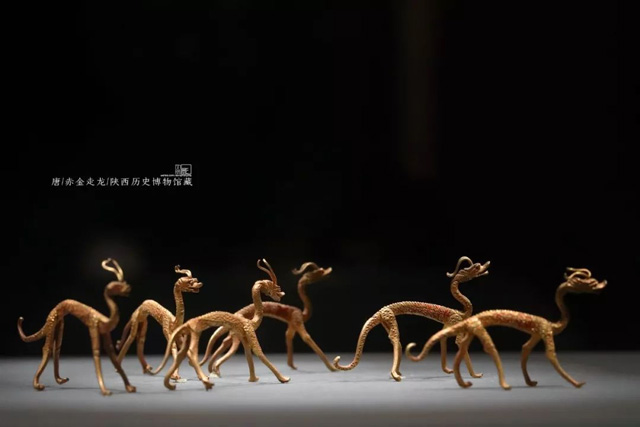 On New Year's Day 2012, I went to Xi'an with my colleagues and had my first opportunity to visit the Shaanxi History Museum, where I happened to catch the exhibition "The Treasures of the Tang Dynasty", featuring more than 1,000 pieces of gold and silver artifacts from the Tang Dynasty excavated in Hejiacun. 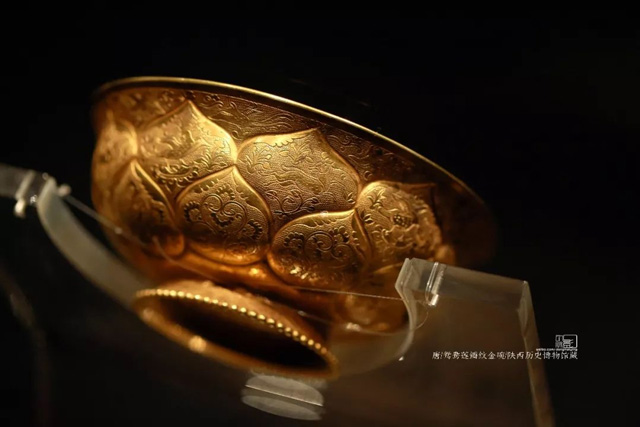 The exhibition hall was darkly decorated, and the light was focused on the golden treasures. I was immediately attracted by the atmosphere in the exhibition hall and took a lot of pictures. When I got home, I picked out a few of my favorite photos and posted them on Weibo. I was really flattered by the fact that a couple of hundred people retweeted them after I posted them, and I didn't expect that so many people would like them. 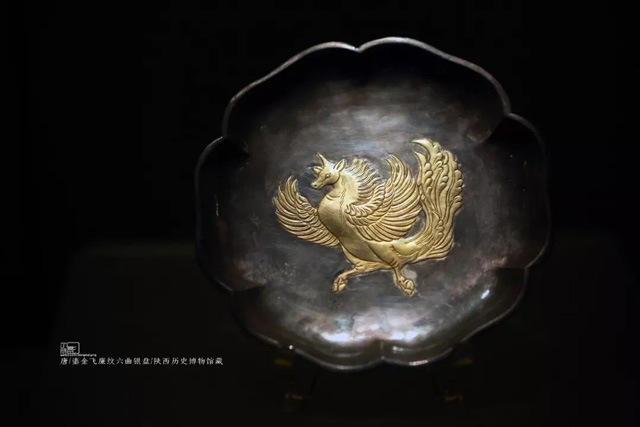 From that time on, I was encouraged to take more photos of cultural artifacts. Because of my work, I often travel, every city, I will take a day or two to visit the local museum.

1 The most beautiful angle of cultural relics

The two most popular sets of photos I shared were taken at the Nanjing Municipal Museum, one of a white jade comb and the other of a pink hibiscus stone incense burner from the Qianlong period of the Qing Dynasty. 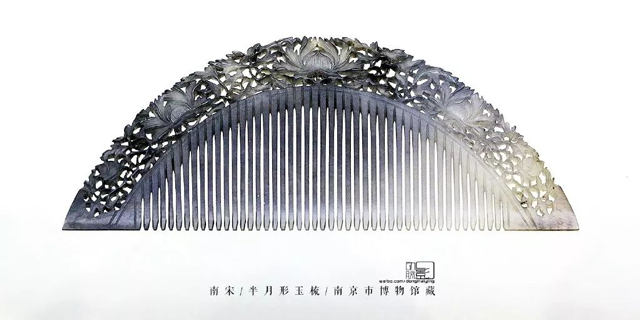 The beauty of ancient Chinese artifacts is presented from all angles, and I think it is important to appreciate them from other angles than just as a general viewing angle. If conditions permit, I will walk around the exhibit twice more, and without affecting the audience, I will try to shoot not only standing, but also squatting, even lying down. Although hard, but also a kind of fun. 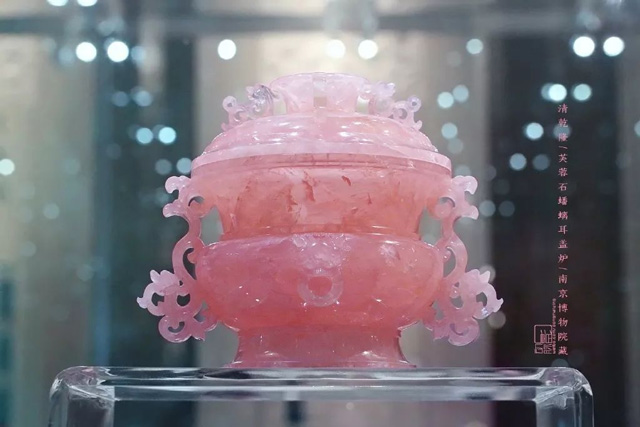 There is an incense burner of the Han Dynasty in the Tatung Museum, most of the audience will choose to shoot from the front. Because the shape above the Boshan furnace is a cloudy immortal mountain, in order to show only the upper part of it, I squatted down, and then with the help of the lights of the exhibition hall, the final effect is particularly great, as if under the sky full of stars, floating in the night of the immortal mountain. 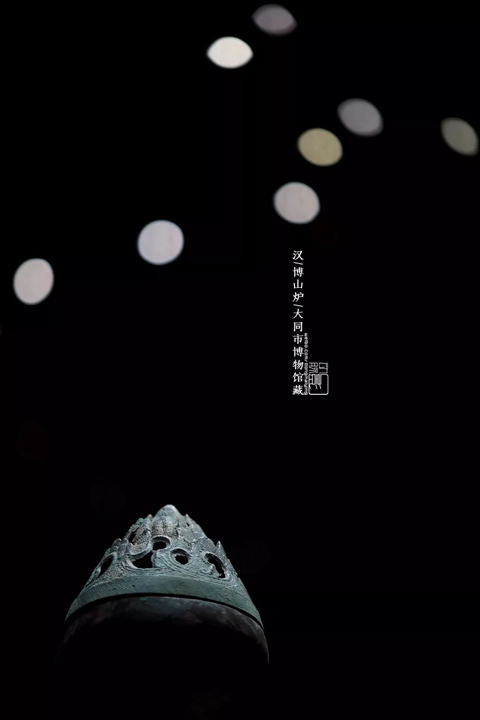 There are some four-sided exhibition cases, it is difficult to ensure that the background does not appear other things, therefore, I usually choose to wait five to ten minutes, wait until an audience in dark clothes stood on the opposite side, and then immediately take advantage of this time to press the shutter and take a few pictures. 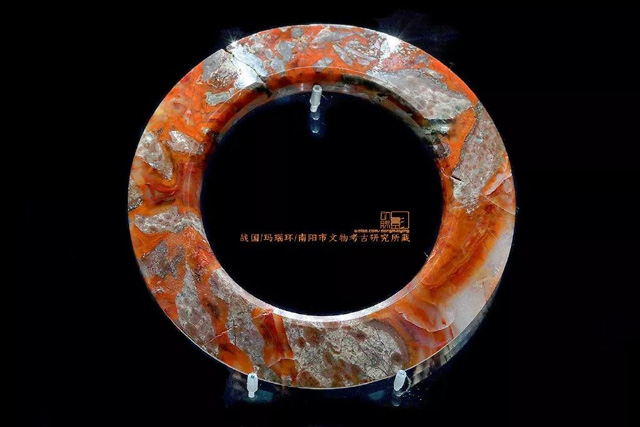 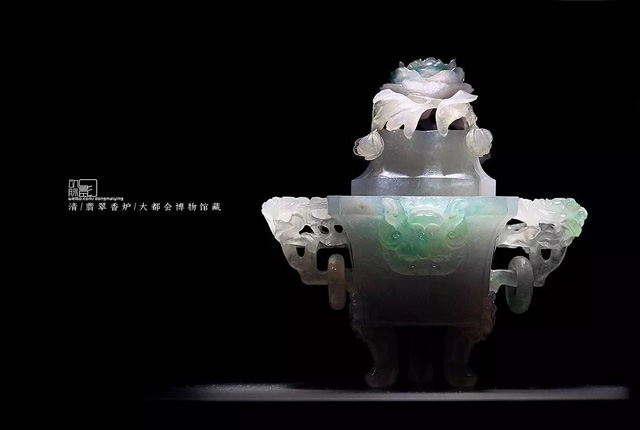 2 As a museum photographer, but also as a regular visitor

Many people look at my photos and mistakenly believe that the museum hosted me specifically to work on the shoot. In fact, I entered the museum like any ordinary visitor - queuing up by myself, buying my own ticket, and acting entirely at my own expense.

The photos were taken with very common equipment, a Canon 5D4 with a fixed 100 microlens that has been with me for 6 years.

The most impressive experience was last year at the Liaoning Provincial Museum. At that time they had an exhibition of paintings and calligraphy, which included "Auspicious Cranes" by Zhao Ji, Emperor Huizong of the Song Dynasty, which I particularly liked. This painting is not often exhibited and there are very few opportunities to see it. Therefore, I arranged time to take a flight to Shenyang. 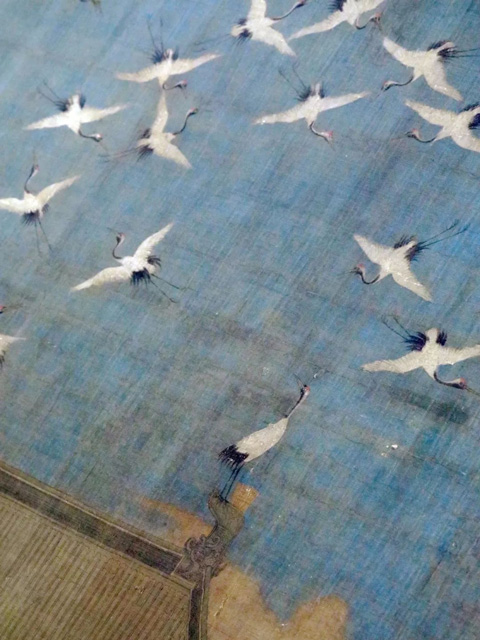 On that day, I arrived at the exhibition hall at the earliest, and when I entered the exhibition hall, my first feeling was not to take a picture of the painting, I just wanted to walk up to it quietly and stare at it carefully, and at that moment I really had a tight feeling in my heart. And I stayed in the exhibition for seven hours. 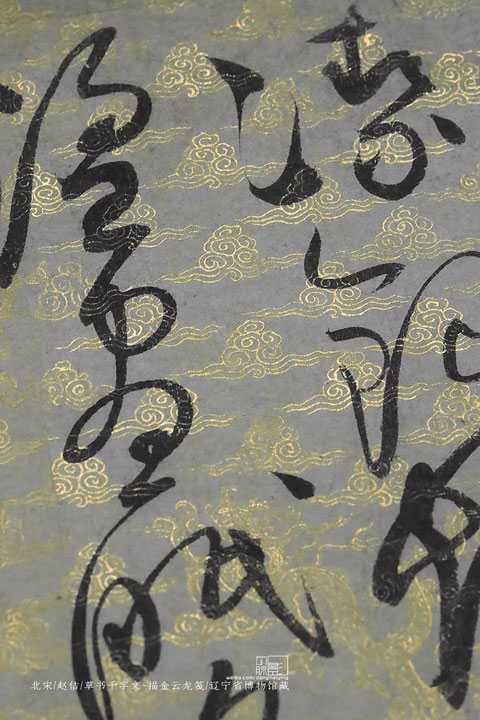 3 Not measuring exhibits by their value

Since I am not a professional, I choose artifacts to photograph based on my personal preference. I think there are things in museums that are not able to be measured by value. Some exhibits are beautiful and exquisite, while others are particularly interesting and reflect the life of ancient people, the latter being the type I like. 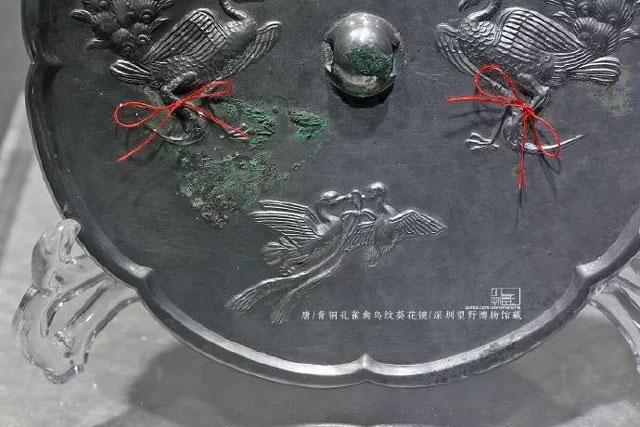 The museum has been like a home for me in various citys, and the artifacts are my old friends, documenting, organizing, and publishing them, and every once in a while I will miss them and go back to see them again. 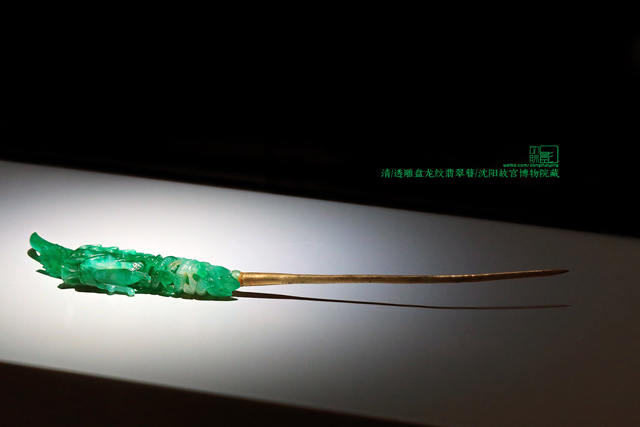 In 2017, I traveled to the United States with my wife, and because I was particularly interested in exhibitions, I had 11 museums scheduled inside my 20-plus-day trip, and basically spent a good chunk of my time visiting museums.

There is a Nelson Atkins Museum in Kansas City, and I changed my itinerary specifically to see the wooden statue of the Liao Dynasty Water Moon Goddess of Mercy. When I stood in the exhibition hall and look at the statue, I felt the world was quiet at that moment. 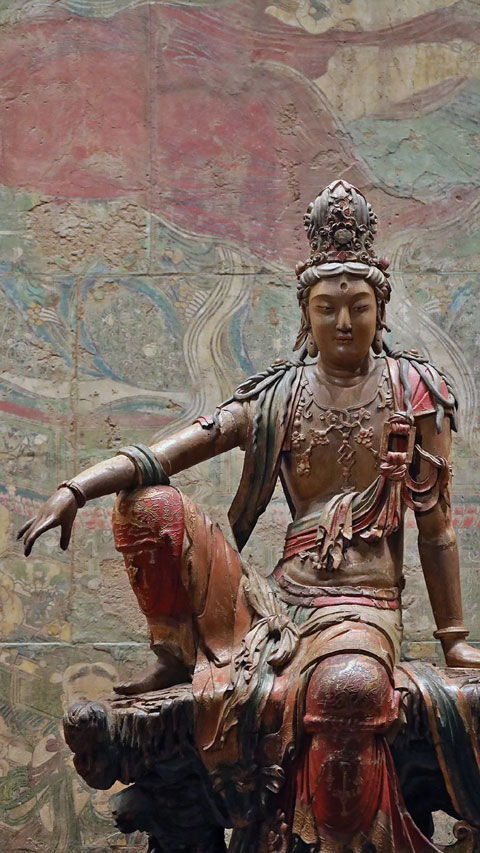 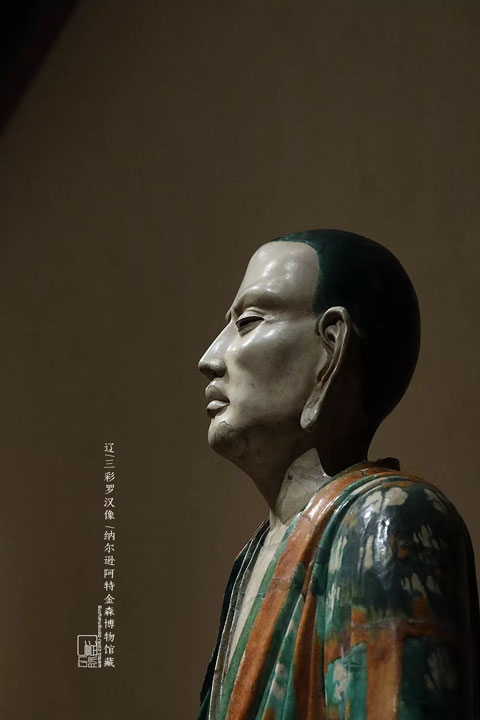 The most exaggerated experience was to the Metropolitan Museum of Art, and I started shooting from 10:00 am to 9:00 pm. I didn't eat anything until the museum closed because there were so many exhibits. 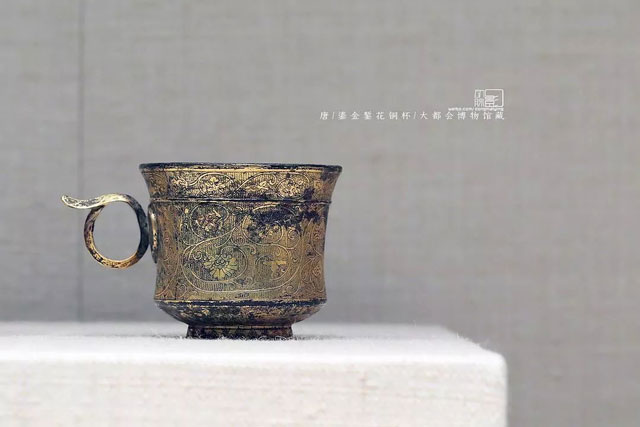 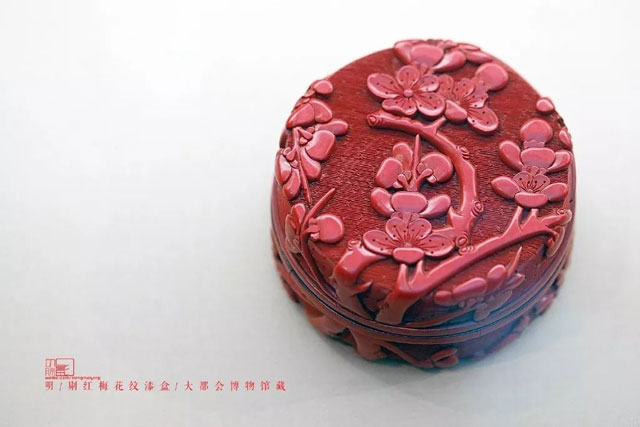 Although it is hard work, it will feel both fulfilling and magical when the whole world from ancient times to the present day passes by your eyes.

After shooting for so long, I have slowly gone from being a pure amateur to being officially recognized. A few years ago, a museum in China invited me to go over to do photography of their cultural relics for the multimedia promotion of their exhibition hall. When I saw my own photos being shown in the exhibition hall, I felt a great sense of accomplishment.

I never showed up either. I have posted more than 20,000 posts on Weibo, almost all of which are photos of cultural relics, and only a few are of family members, flowers, and plants. Although the financial industry is very busy and I usually have to work overtime for a few hours at night, I use the gaps between my business trips and work every day to share the artifacts I take. I think work is not something that takes up your 24 hours, you always have time for yourself. 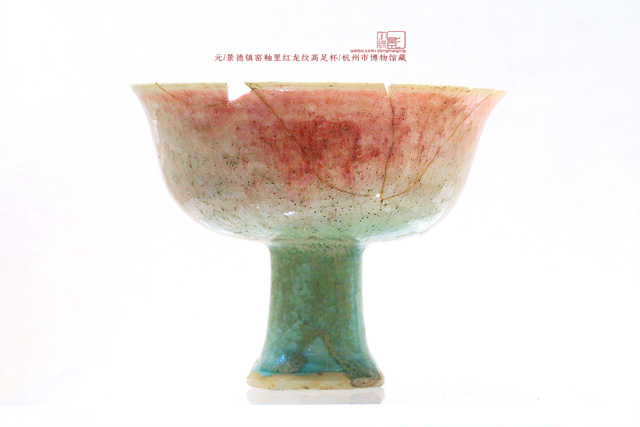 I am really happy that more and more people are following me, but not only myself. I hope more people, because of my photos, ignite an interest in culture and museums and choose to go into museums to see the valuable treasures of human civilization. 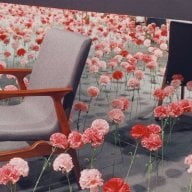