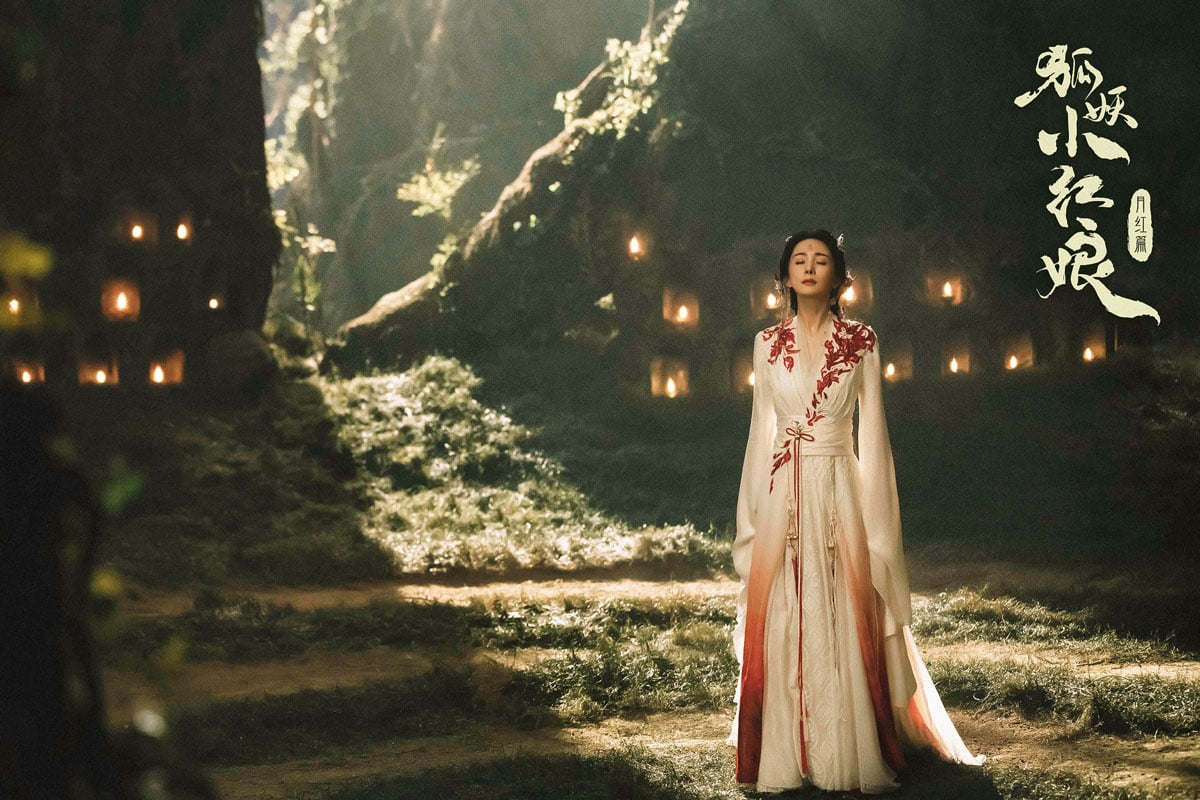 In 2022, Chinese Xuanhuan dramas achieve great success, with the airing of "The Blue Whisper", "Immortal Samsara", and "Love Between Fairy and Devil", that have left countless netizens lingering in the fairyland.

As with historical dramas, there are still some unaired dramas on the 2022 to-broadcast list, check them out here.

In this article, we will recommend some of the Xuanhuan dramas that will be aired in 2023.

Plot summary of Lost You Forever

In the ancient times, humans, gods and demons lived together, and the three kingdoms of Shennong, Xuanyuan and Gao Xin were in power. However, after a hundred years of hardship, Ji Jiu Yao (姬玖瑶, played by Yang Zi), the queen of Gao Xin, had not only lost her identity but also her looks and she had to settle in Qing Shui Town as Wen Xiao Liu, who had nowhere to go, no one to rely on, and no way to protect herself. 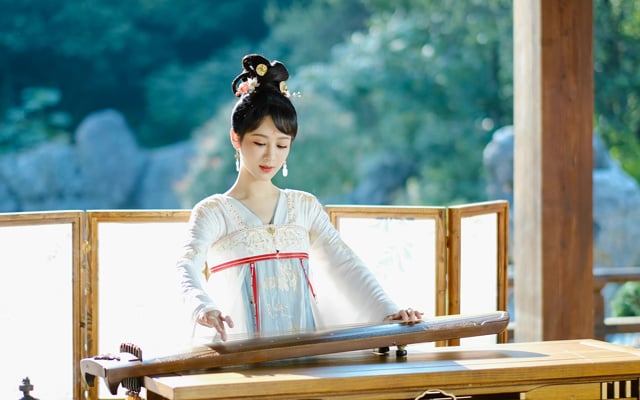 Ji Jiu Yao's cousin, Qiang Xuan (玱玹), who was the prince of Xuan Yuan, determined to find Xiao Yao even though he had to travel through all the wildernesses and live a life as a fence-sitter all the time. And finally he came to the Qing Shui Town.

In Qing Shui Town, Wen Xiao Liu accidentally saved a dying man, who was Tu Shan Jing (涂山璟, played by Deng Wei), the prince of Qing Qiu. Soon, love grows between them. Besides, Wen Xiao Liu become acquainted with Xiang Liu, a nine-headed demon and later confidants after several fights. After a few twists and turns, Wen Xiao Liu finally meet Qiang Xuan and regain her status as the queen. 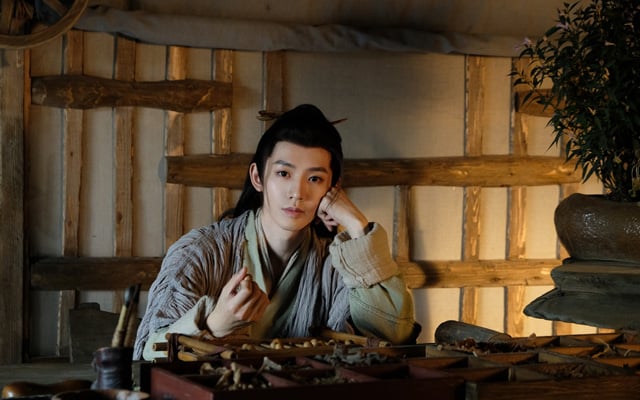 In order to unify the world, Qiang Xuan gave up his personal emotion to claim the throne, and Xiang Liu died in battle for the justification. After final complement of Qiang Xuan’s great work, Xiao Yao chose a life of seclusion with Tu Shan Jing. Qiang Xuan put all his effort governing his country. Though he lost Xiao Yao forever, he knew that as long as the world was peaceful, his Xiao Yao would be happy and well.

Jiang Xue Ning (姜雪宁, played by Bai Lu) who had gone to great pains to become the empress was forced to commit suicide during the palace mutiny.

After her reincarnation, her dream to stay away from the power and dominate her own life. But by mistake, Jiang Xue Ning entered the palace as a study companion and became a student of the imperial tutor Xie Wei (谢危, played by Zhang Ling He). Besides, she also met Xue Shu (薛姝), the niece of Empress Dowager Xue, who entered the palace at the same time. 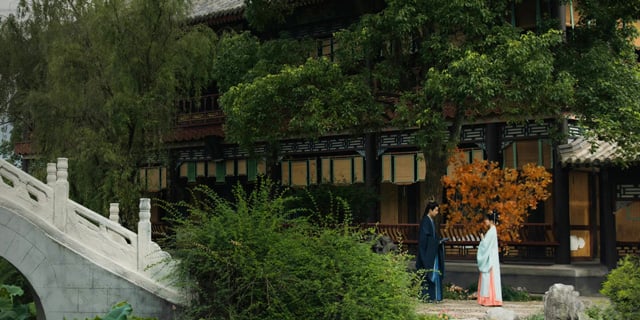 After the "Blood Crown Ceremony" fiasco, Jiang Xue Ning accidentally got involved in the imperial court's plan to eliminate the Pingnan King's rebellious party. She went deep into the enemy camp with Zhang Zhe (张遮). At a critical moment, Jiang Xue-Ning shielded Zhang Zhe from arrows with her body though she knew that they couldn’t stay together in the end. 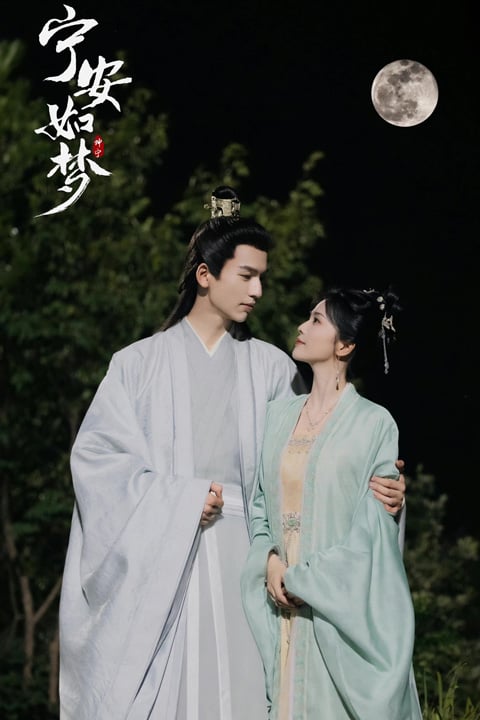 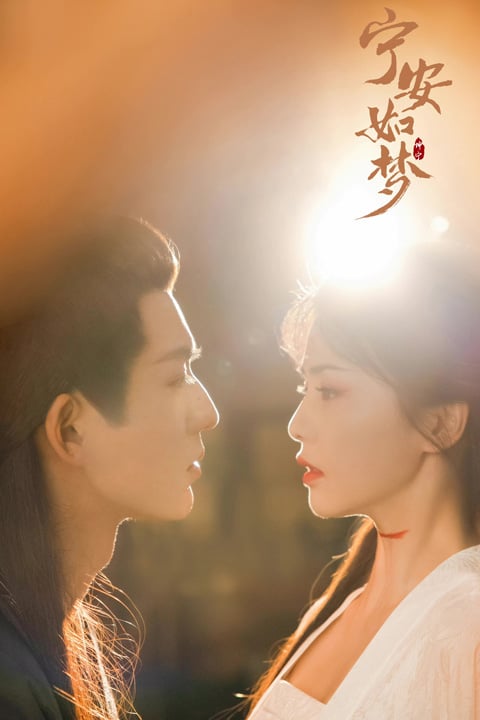 When the enemy country, Dayue, comes to invade, Princess Shen Zhi Yi (沈芷衣) resolutely accepted the political marriage for peace. In order to save her friend Shen Zhi Yi, Jiang Xue Ning went north with Xie Wei to invade the Dayue, and Xie Wei even hurt himself to protect Jiang Xue Ning in the midst of many crises. They gradually fell in love with each other.

However, a bigger conspiracy of the Xue family gradually surfaced, which pointed to the truth of the incident twenty years ago of Pingnan King. In the end, Jiang Xue Ning and Xie Wei teamed up to uncover the truth. Jiang Xue Ning’s true love touched Xie Wei, and the two finally became a couple.

The Legend of Shen Li · 与凤行 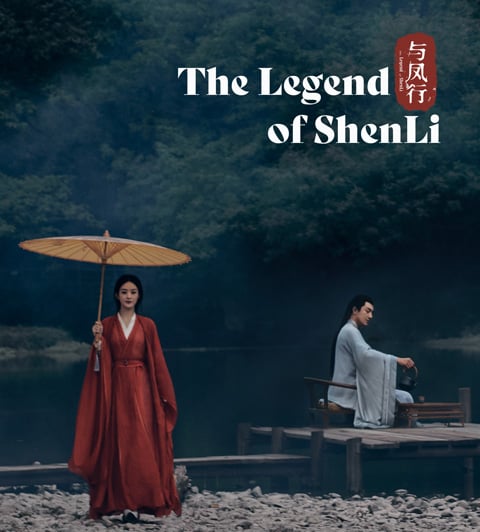 Plot summary of The Legend of Shen Li

This drama is based on the novel of the same name by Jiu Lu Fei Xiang, which tells the love story of Bi Cang Wang/Shen Li (碧苍王/沈璃, played by Zhao Li Ying), and the only one last god, Xing Zhi (played by Lin Geng Xin). 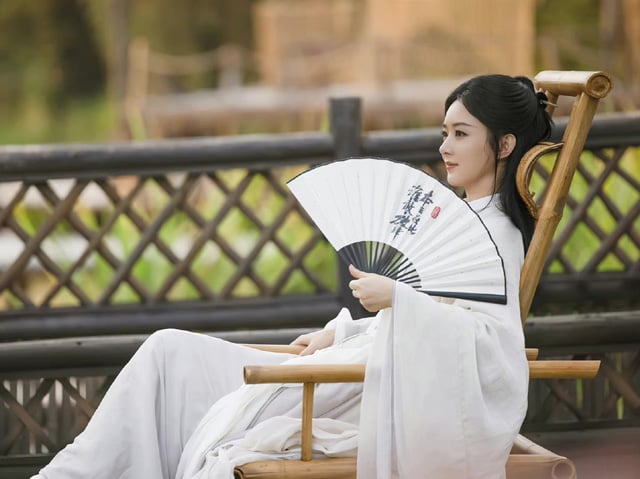 The ancient gods have perished, leaving only the last god in the world, Xing Zhi. Rumour says that for tens of thousands of years, Xing Zhi has lived alone without any emotion or desire in the far sky. During the battle between the immortals and the devils, he rescued victory from defeat with his own strength. But he disappeared very quickly and afterwards nobody was able to find him. While hundreds of years passed in the blink of an eye. 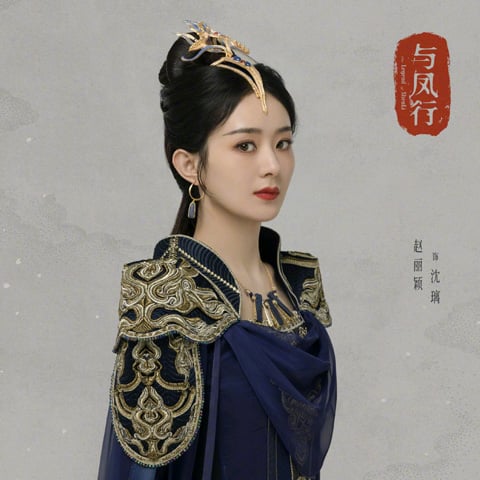 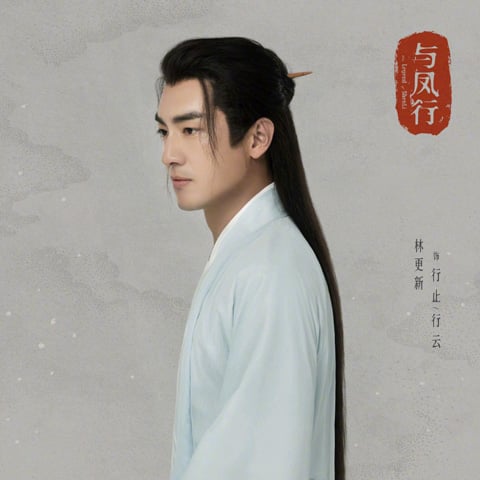 Shen Li, a female prince born with a pearl in her mouth, was forced to face a political marriage on the occasion of her thousandth birthday. On her way to escape from the marriage, Shen Li was knocked back into her original form as a phoenix and fell to earth with injuries. While seriously injured and unconscious, she was locked up in a cage for sale by a mortal peddler. When Shen Li woke up, she was furious at the situation, but there was nothing she could do. As she was wilting, a elegant man dressed in green robe passed by and stared at her thoughtfully for a long time, and their fates were tied together by a seemingly unintentional transaction. 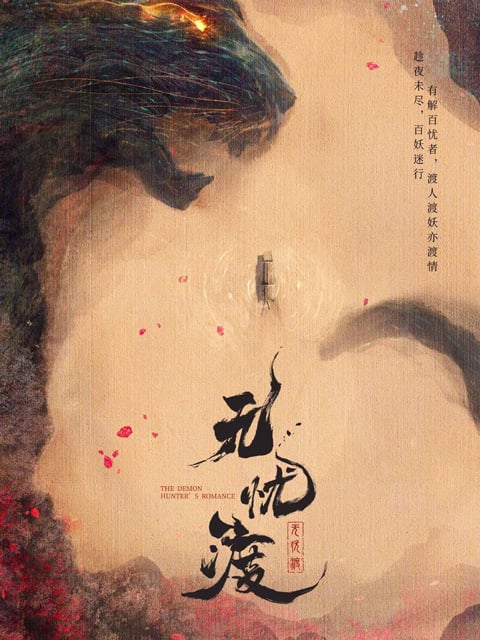 This drama is based on the novel "Ban Xia" by Ban Ming Ban Mei, which tells the story of the heroine Ban Xia (半夏, played by Song Zu Er), who was born with eyes that can see through yin and yang, traveled to the late Tang Dynasty by chance, where she met the mysterious demon hunter Xuan Ye (宣夜, played by Ren Jia Lun), and they shared a romantic love story in a world where humans and demons coexisted. 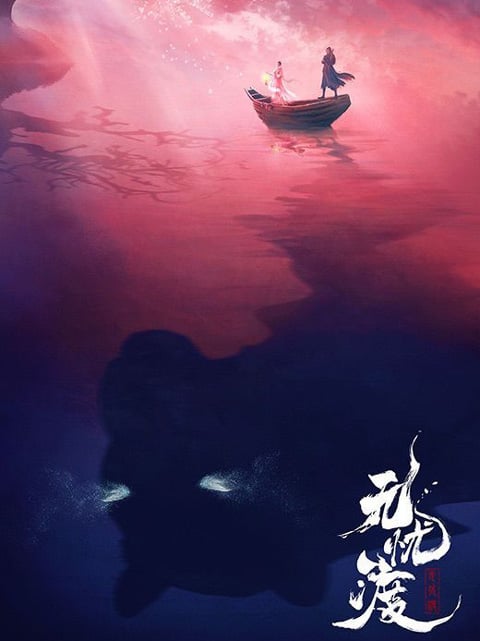 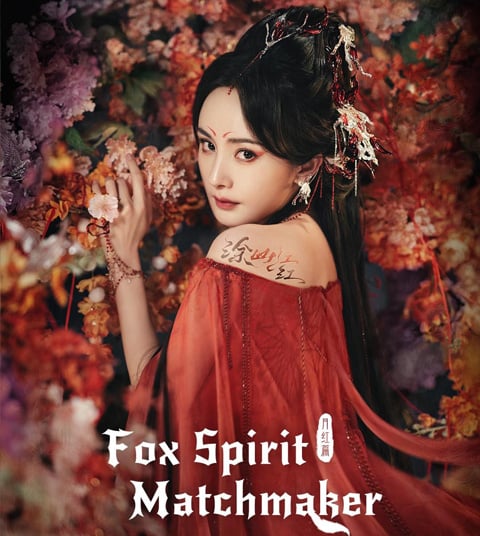 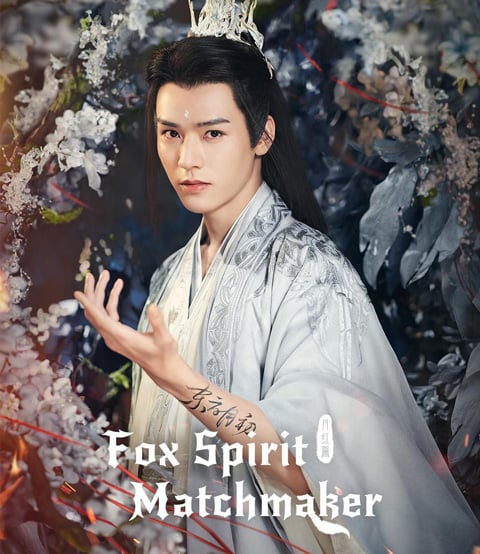 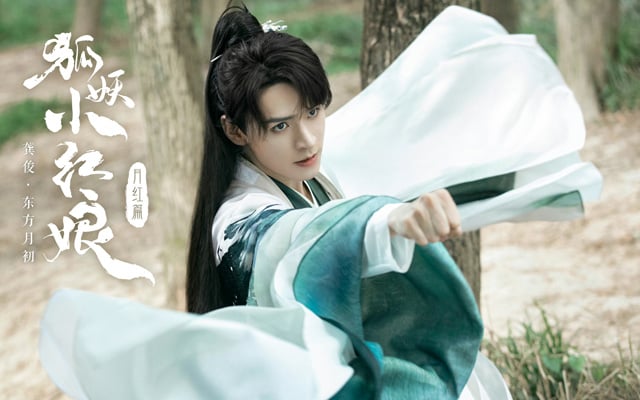 The series drama is based on the anime "Fox Spirit Matchmaker" and is inspired by classical Chinese mythology.

The part of Yue Hong is about the righteous leader of the Tushan Fox Clan, Tu Shan Hong Hong (涂山红红, played by Yang Mi), who met the descendant of the Dong Fang family, Dong Fang Yue Chu (东方月初, played by Gong Jun), and fell in love with him. In order to protect the one they love and maintain peace between the two clans, the two lovers had to go through a lot of difficulties. 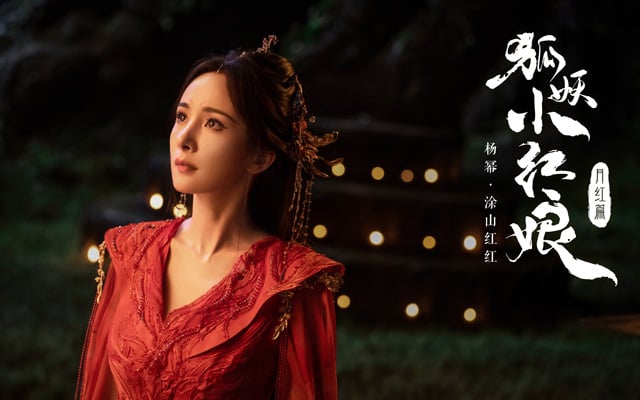 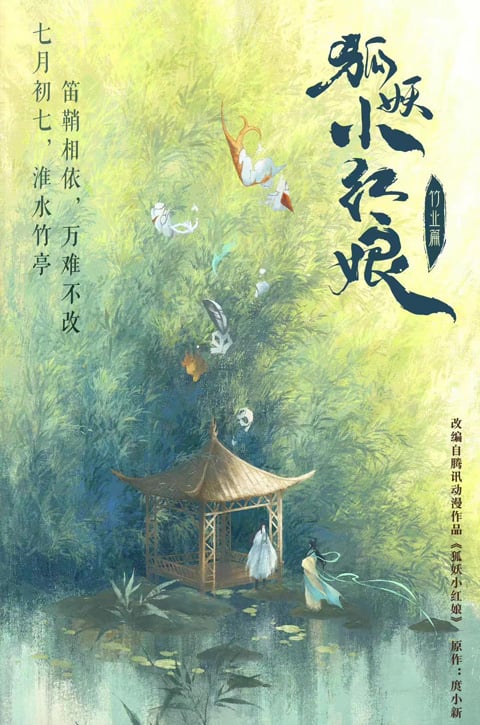 Most of the stories in "Fox Spirit Matchmaker" feature human-demon romance, but the two main characters in the part of Zhu Ye are not reincarnated as human-demon lovers, as in the case of Dong Fang Huai Zhu (东方淮竹, played by Liu Shishi) and Wang Quan Ba Ye (王权霸业, played by Chen Xiao). The two protagonists were young and spirited, and by chance they fell in love with each other.

But the world is unpredictable, and the two fell in love at the best of times, only to be united at the worst of times, ultimately dooming them to a tragic end. If a man and a demon fall in love, there is still a chance for them to be reincarnated in the next life, but if two humans falls in love, they are doomed to a life of regret and cannot make up for it. 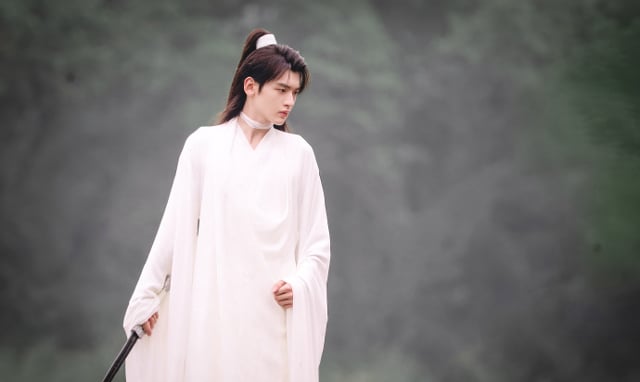 Based on the novel of the same name by Mo Xiang Tong Chou, Xie Lian(谢怜, played by Zhai Xiao Wen), the prince of Xianle Kingdom, accidentally destroyed the golden temple of the magi during his third ascension and has to go down to the mortal world to get rid of ghosts in exchange for merit as compensation. In the mortal world, Xie Lian befriended two young heavenly officials who come to help him and met with the Ghost King Hua Cheng (花城, played by Zhang Ling He). In the course of one incident after another, the seemingly glamorous but gloomy past of the Heaven was gradually revealed. 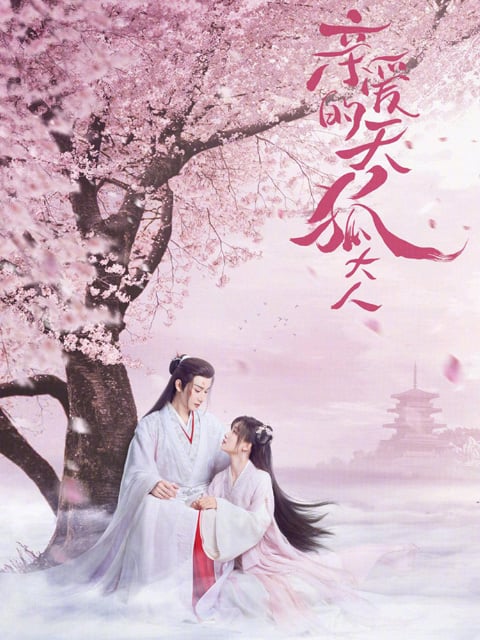 This drama focuses on the love story of Qi Yuan Bao (祈元宝, played by Rain Lu), a young lady from a family of cultivators, and Chang Yue (长岄, played by Wang You Shuo), a fox immortal. They were called by fate to meet on Broken Moon Mountain, but just as Chang Yue were about to obtain the Fruit of the Heart Soul, it flies straight to Yuan Bao's body, thus creating a destiny between them and unveiling the love and the vows buried for a thousand years.

The King of Light in Zichuan · 紫川 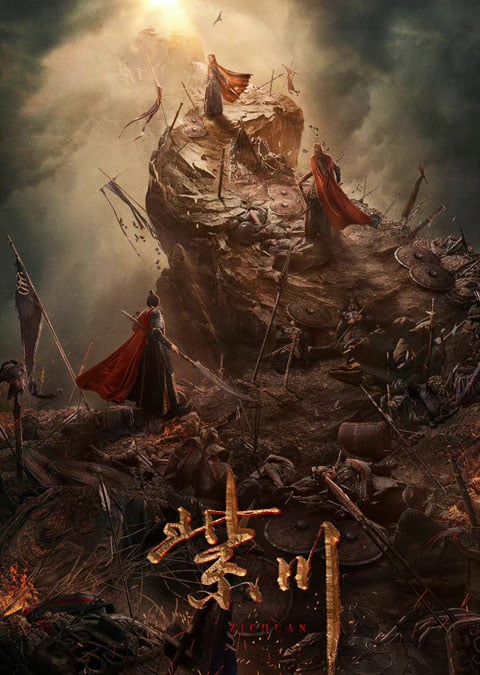 Plot summary of The King of Light in Zichuan

The young man, Zi Chuan Xiu (紫川秀, Yang Xu Wen), defended the capital of Zichuan but was framed and sent to the frontier by Yang Ming Hua. Years later, he returned to the capital with his military achievements but found that his family was in danger, internally, Yang Minghua is planning a rebellion; externally, the forces of Saiya and Liu Feng are watching.

To protect Zi Chuan Ning, whom he grew up with, and to keep his promise, Zi Chuan Xiu joined forces with his brothers Di Lin (帝林, played by Liu Yu Ning) and Si Te Lin (斯特林, played by Zhang Ming En) to eradicate the rebellion. 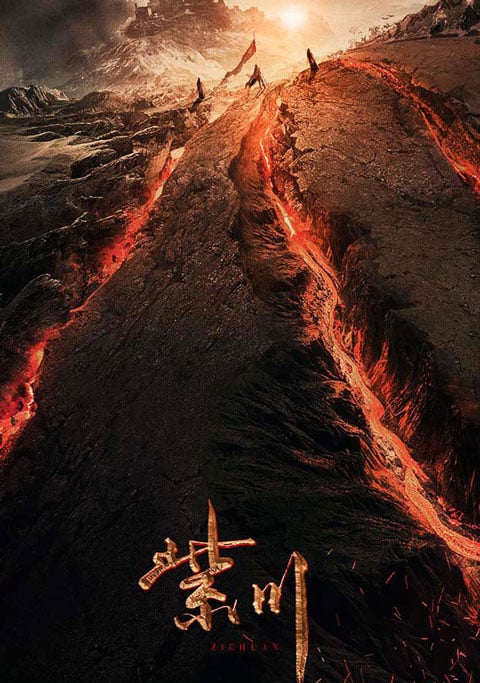 After the foreign invasion, Zichuanxiu went to the far east and led the half-orcs to overthrow the brutal rule of the Saiya, and was crowned King of the far east with the title of Guang Ming. Then Zi Chuan Xiu fought from the north to the south, experiencing the baptism of blood and fire, the clash of swords and knives, and grew into a guardian of the continent with a heart for the world.

Eddie
Creative License: The article is the author original, udner (CC BY-NC-SA 4.0) Copyright License. Share & Quote this post or content, please Add Link to this Post URL in your page. Respect the original work is the best support for the creator, thank you!
xuanhuan drama
Related