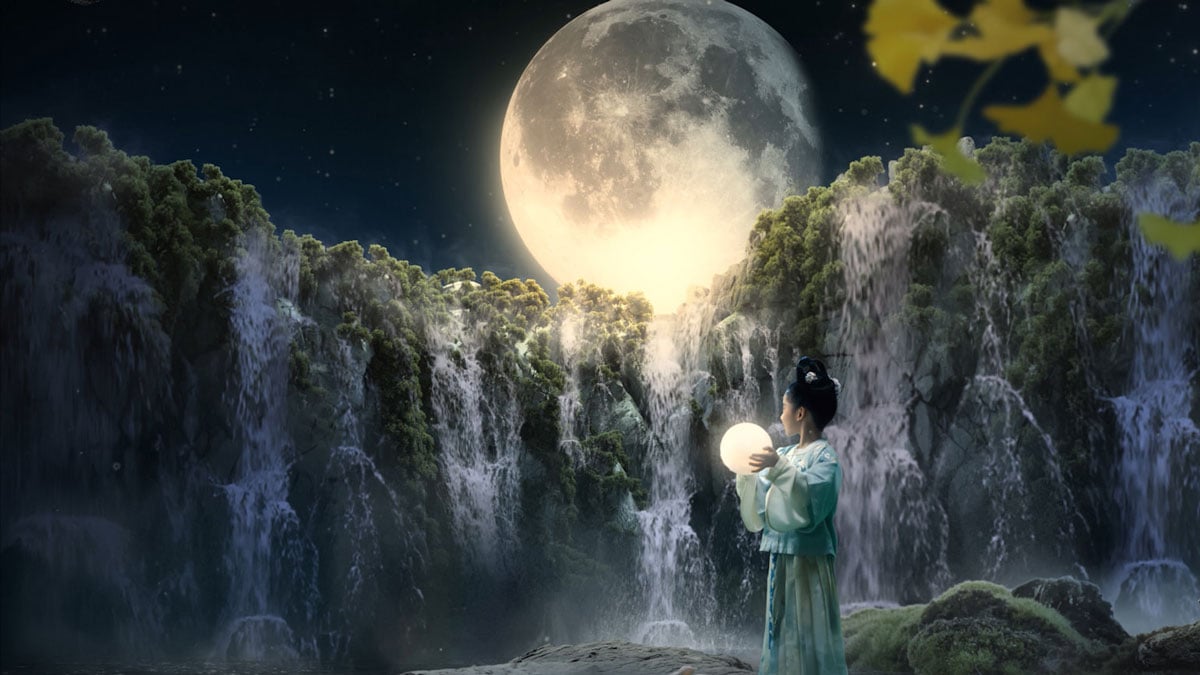 Chinese style, and traditional culture, has become a necessary element of the Mid-Autumn Festival traditional gala.

China Central Television set the site of the Mid-Autumn Festival Gala at Jiyang Lake, where the full moon stage and the bright moon are intertwined. Hunan TV uses giant letterheads to pull out famous paintings of ancient Mid-Autumn themes in the gala, which is a new visual experience.

But we can not ignore the most outstanding gala production, Henan TV, as well as the "Adventures of the Mid-Autumn Festival". 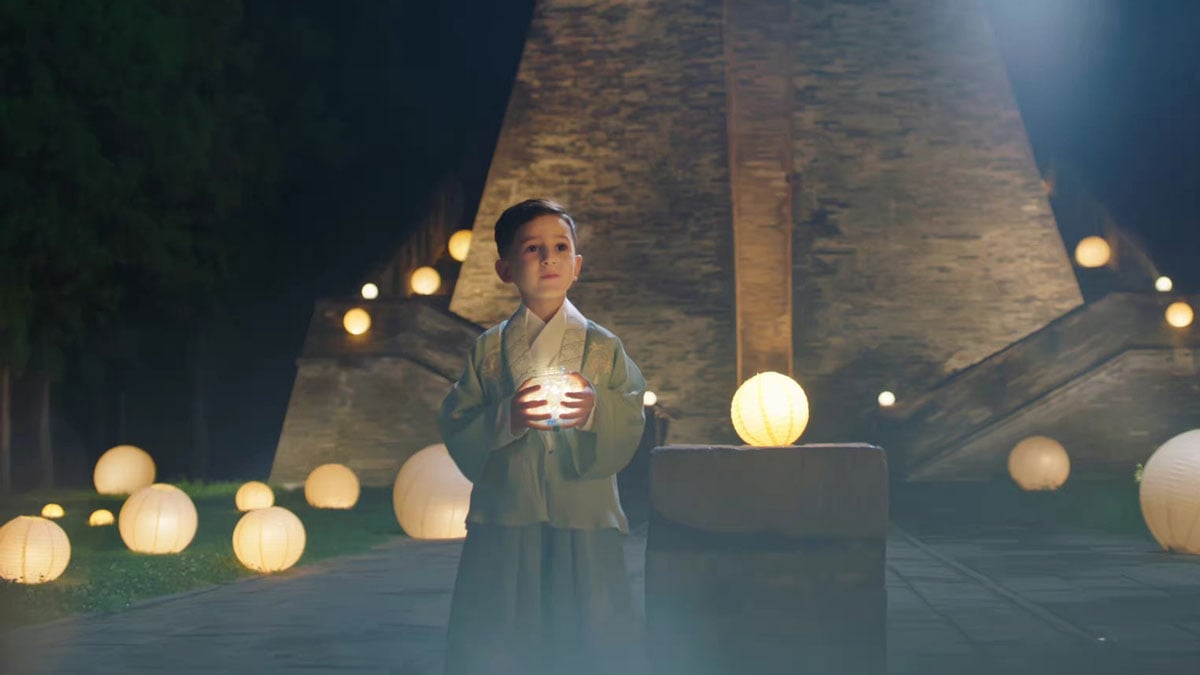 As the first program to open the show, "Chang'e Flying to the Moon" is highly expected. Henan TV, intends to recreate this fairy who is closely related to the moon. 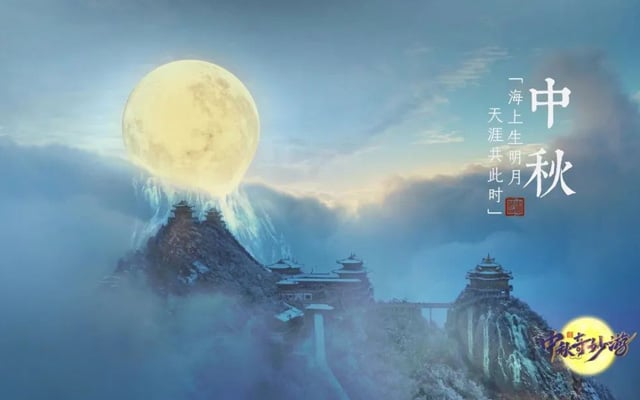 In the usual imagination, the quiet Guanghan Palace has the Jade Rabbit pounding medicine, Wu Gang felling laurel, and only Chang'e fairy, lonely as a beautiful symbol. The moment of amazement and reluctance to flying to the moon seems to have made her whole life. Henan Weiwei refocused its attention on Chang'e, how she lives on earth and how she exerts her divine powers in the heavens. 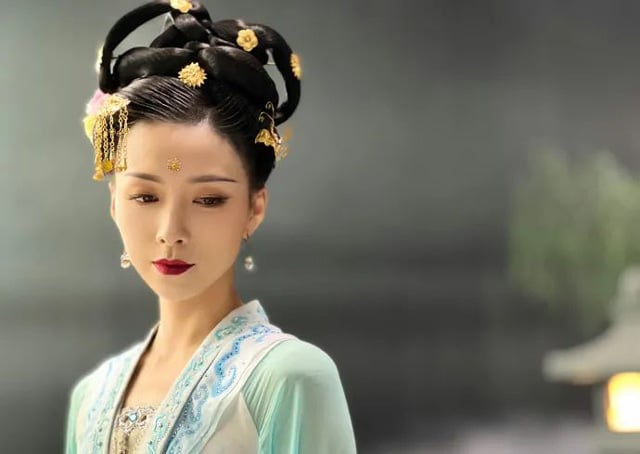 Li Qian, the actress who plays Chang'e, said straight out that she didn't expect the filming process to be so hard. The crew said to shoot five days, but she did not expect it to be five days and five nights.

In the green screen, on Laojun Mountain, Li Qian filmed countless segments of flight, which gave the program the overwhelming air of Chang'e flying to the moon. "Chang'e Flying to the Moon" was well received by netizens: "This is the truly Chang'e fairy in my mind!".

Missing, is another theme of the Mid-Autumn Festival. Henan TV applied a Chinese homophonic pun in the gala.

The first Jun, refers to the famous kiln of the Song Dynasty, Jun ware; the second Jun, means husband. Jun ware is located in Yuzhou, Henan Province and produces porcelain that is different from the common celadon and white porcelain, but colored porcelain with unpredictable color through kiln transformation. 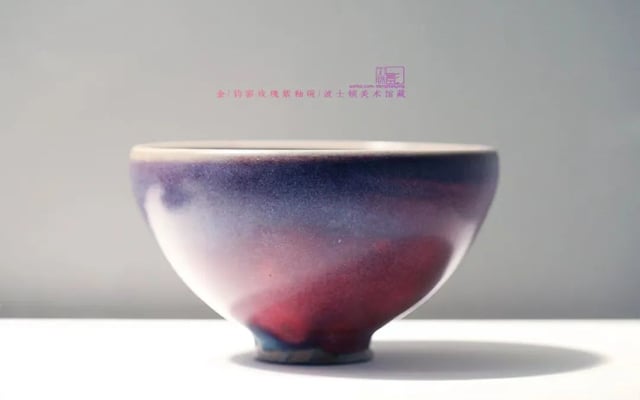 The program "Si Jun Ru Jian Jun" puts thousands of feelings into the process of firing Jun porcelain. The images flash back and forth between the inside and outside of the pottery wheel where the pottery embryos are kneaded. From the outside, the hands of a lover are intertwined, covering the pottery embryo and forming circles. From the inside, girls whose hair is also painted in the color of clay demonstrate the shaping process and fluctuating feelings.

The moment of kiln transformation contributes the most spectacular picture of the whole scene. A variety of colors intermingle with each other in radiant hues, as if clouds of haze. This is the colorful and wonderful Jun porcelain, when it is gradually declining and forgotten, there is still such a stage to connect the past and the present, reality and emotion.

From ancient times to the present, the world has changed dramatically, only the moon remains the same. The moon has shone on the ancients, and it shines on us today. The world shares this moon, chants it in countless languages, and children represent hope.

There is no better way to finish the mid-autumn party with the program "Qian Li Gong Chan Juan (千里共婵娟, Our Souls Together Heavenward Fly)". Children from all over the world, with their tender voices, sang the "Shuidiao Getou" in different languages, they stood in the Shaolin Temple, the Yingtian Gate, the Astronomical Observatory, the Qingming Riverside Landscape Garden, and Land of Dramas, which is a mutual reflection of the past and the present belonging to Henan.

02 The wonderful of Henan TV is still going on

In recent years, Henan TV would launch new traditional cultural programs for every traditional festival. It all goes back to two years ago, the Henan TV Spring Festival Gala which was not well known at the beginning and the ratings did not even enter the top 25 TV channels of that day. But one of the programs, "Tang Palace Night Banquet", unexpectedly became popular on the Internet, with over ten million views.

After several analyses, the program team extracted the keywords, traditional culture, emerging technology, Chinese trend, and drama. And around these key points began their new creation: the Festival Adventures series.

Soon, they produced a second hit program, "Qi (祈)", which shot entirely underwater, won the applause of almost everyone. 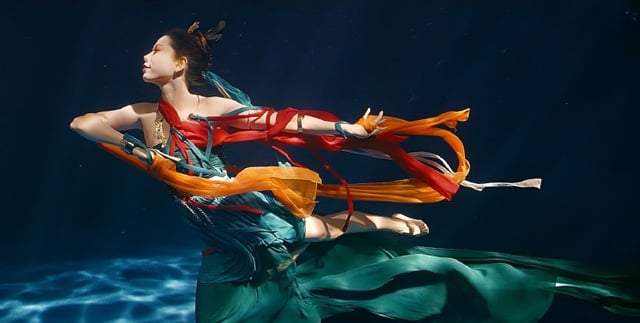 The underwater lighting setup, makeup and hair, and skirt control were all several levels harder than on land. The 4.5 meters of water pressure and the 8 to 12 hours of underwater time are absolute challenges to the dancers' physical functions. Dancer He Haohao, who has ten years of synchronized swimming experience, finished all the shooting by holding her breath.

In this year, He Haohao was invited again to complete the filming of "Shui Yu You Long (水语游龙)". Compared with the flying color scheme of costume in "Qi (祈)" , the new program's dragon daughter in the deep sea is in the blue-green color. And Henan TV also made a new breakthrough, not satisfied with the dancers simply interacting with the water, more special effects involved. Two minutes, high precision, synthesized up to be called a huge amount of production. In the end, the beauty, rhythm, all increased. 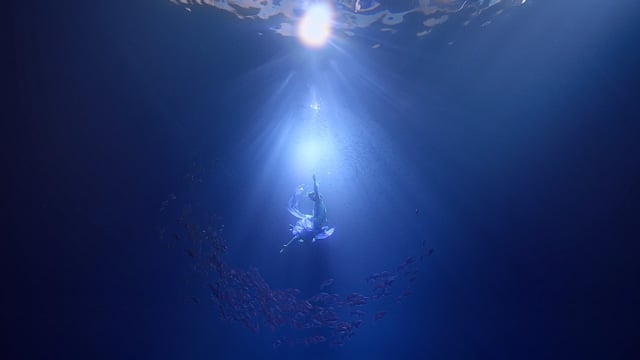 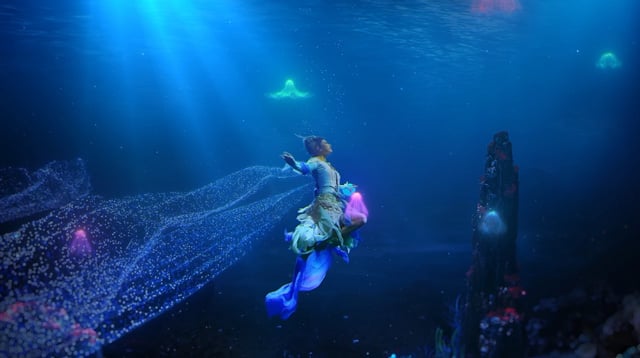 Another impressive program is "Guardian Warriors of Longmen" in last year's Adventures of the Qixi Festival Tour. Coinciding with the Qixi Festival, the program team deliberately chose a combination of male and female perspectives to respond to the festive theme with rigidity and flexibility.

The Buddha in the background, is based the Longmen Grottoes Fengxian Temple field scenes, the construction of 3D models, and then enhanced with AR post, to achieve an exact replica. And the basic elements of the dance, detailed to each action of the actors, are the Longmen Grottoes stone carving content.

In addition to the Festival Adventures series, Henan TV has more care and consideration for history and culture. In April this year, Shangguan Wan'er's epitaph was exhibited for the first time. This not only unveils the political life of Shangguan Wan'er, an outstanding female politician in history, but also shows the deep friendship between her and Princess Taiping.

Henan TV has reproduced the lifelong friendship between the two ladies of the Tang Dynasty in the program, and the appearance of plum blossom makeup, Qixiong Shanqun dresses, delicate music and dance, these elaborate restoration of history, but also let the netizens appeal: please refer to the Henan TV costume standard for the cast of ancient costume dramas!

Henan TV, creativity does not seem to have a bottleneck, relying on the strong vitality of traditional culture, along the vein of history, Henan TV will always make the next surprising works.