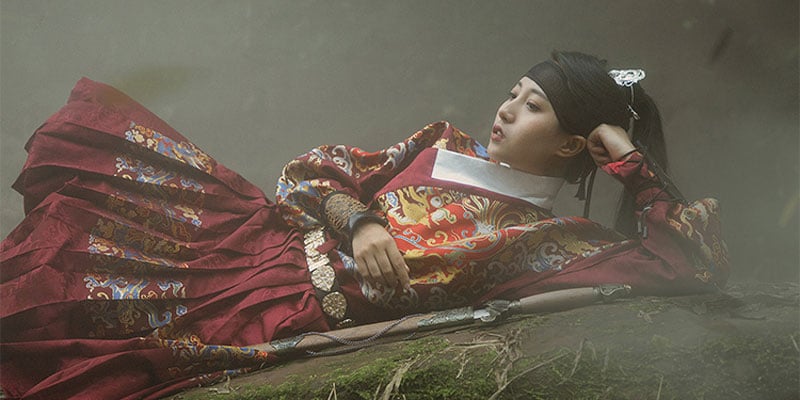 Many girls like to take a set of Hanfu photos as a memory when they buy a new Hanfu. When we take portraits, besides paying attention to our hairstyle and makeup, there is also a very important aspect, which is the decoration we hold in our hands when taking pictures. Now there are many ancient style decorations available for us to choose from, which can make our look more exquisite, and we can choose according to demand.

Today, I would like to introduce you to the four props commonly used in Hanfu photography, and hope that they will be helpful for your next photography.

The first is similar to the lantern decorations, the name is called Jiangsha Deng (绛纱灯), which is used as a lantern in the Tang and Song dynasties , and now slowly become a decorative piece. Nowadays, the classic color scheme of the Jiangsha Deng is red and blue, which can give people a dignified and stable feeling, and is perfect to match with the Ming-style Hanfu, such as stand collar long Shan and Mamian Skirt.

The color combination of the whole look can be a combination of sweetness and steadiness if it is paired with the Jiangsha Deng, and the overall look is with a bit of girlishness but not too childish. 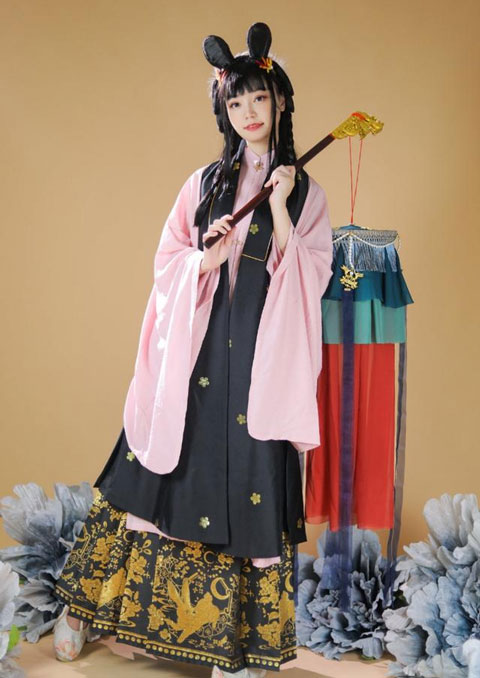 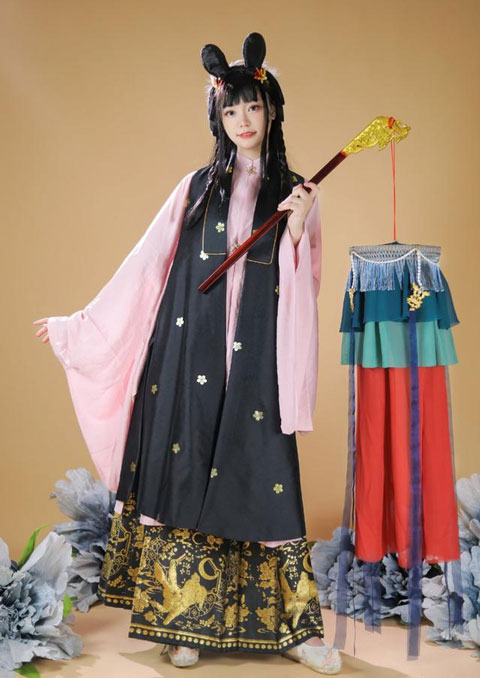 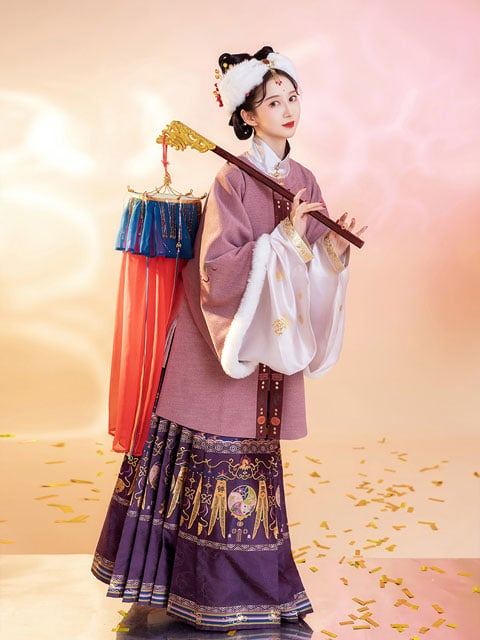 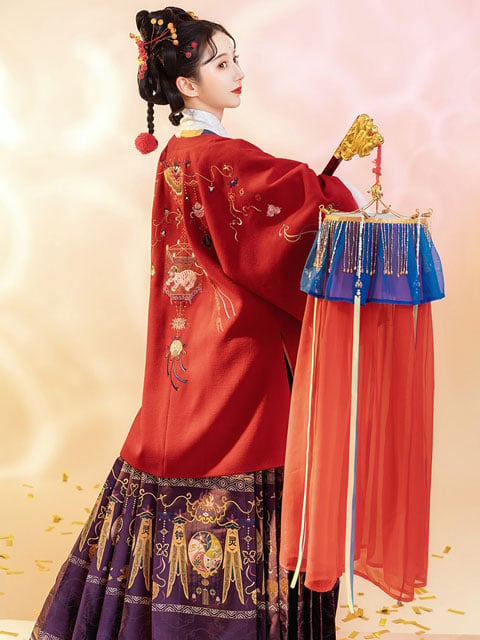 If you wear a lively style of Hanfu, you can also choose a small lantern, with the feeling of ancient style, but overall with a few romantic atmospheres, and looks extra gentle and sweet.

For example, this set of Hanfu, with this small lantern is a set of orange-colored Ming-style Hanfu, the color scheme is very lively, and the overall style is also simple square collar short Ao and basic pleated skirt collocation. The whole set of clothes to print patterns as decorative, looks with a few fashionable atmosphere. 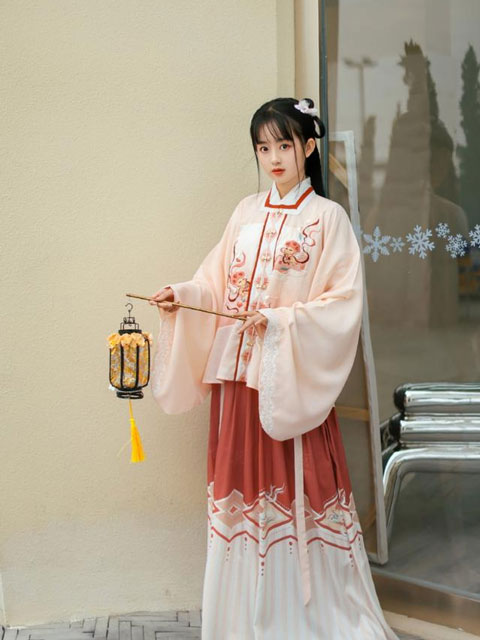 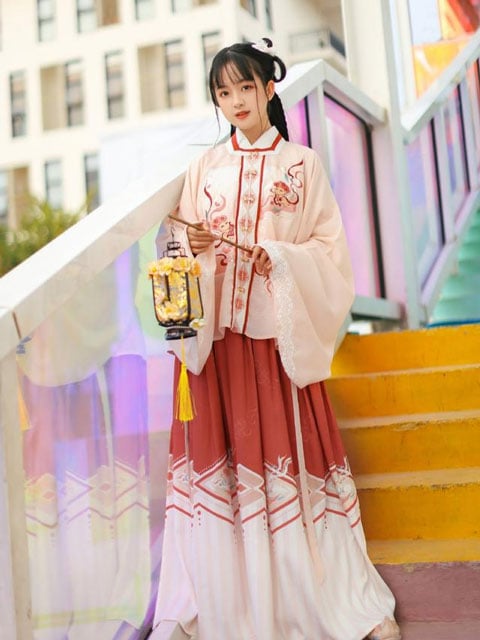 If you are looking for a versatile Hanfu photography prop, a Tuan fan (团扇) is the best choice, no matter what shape or style of Hanfu, it can be directly matched with a Tuan fan. 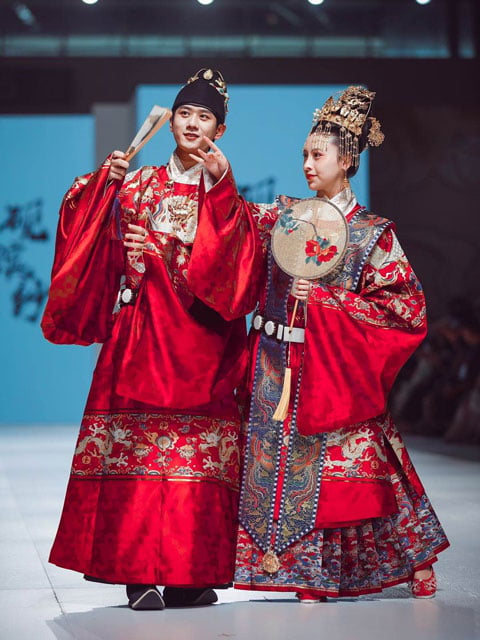 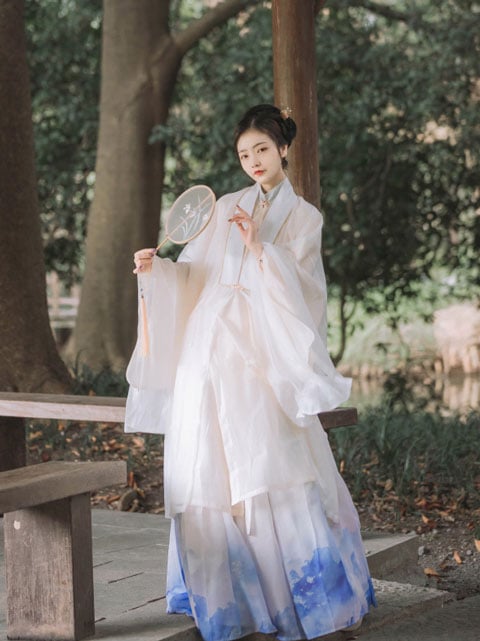 For example, a simple Tuan fan with a set of fresh-colored Hanfu. The whole look is very quiet, if there is no Tuan fan in this look, the effect of the photos may be greatly reduced. 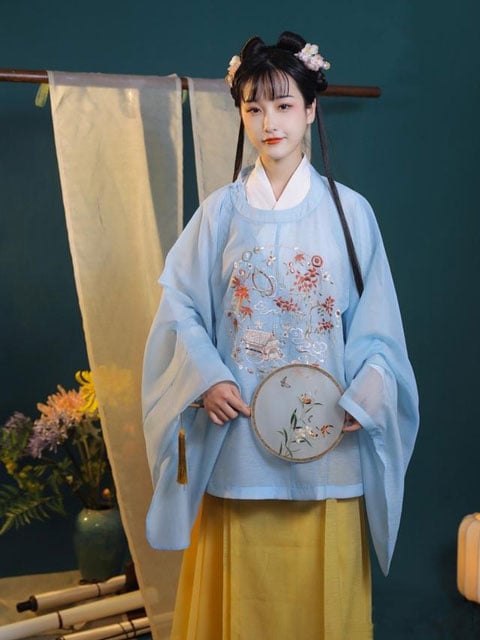 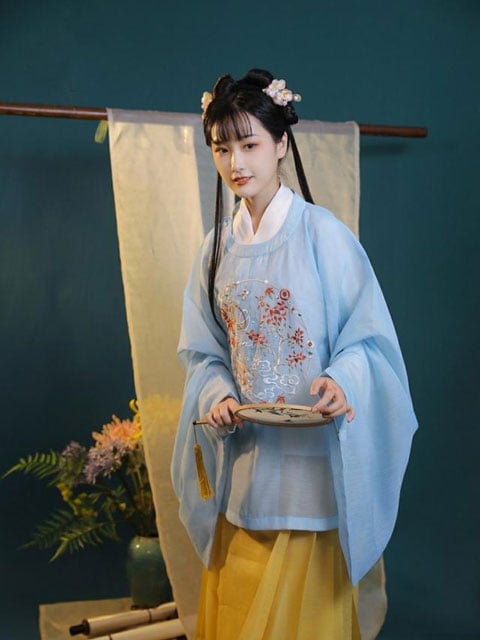 The three items introduced above are the more common decorations for women’s Hanfu at the time of the photoshoot, but if you like a handsome male Hanfu costume, you can pair it with a sword.

Perhaps when you were a child, you also used to watch Chinese historical costume dramas and admired the swordsman who would carry a sword when he ventured into the world, which was probably the childhood dream of many people. 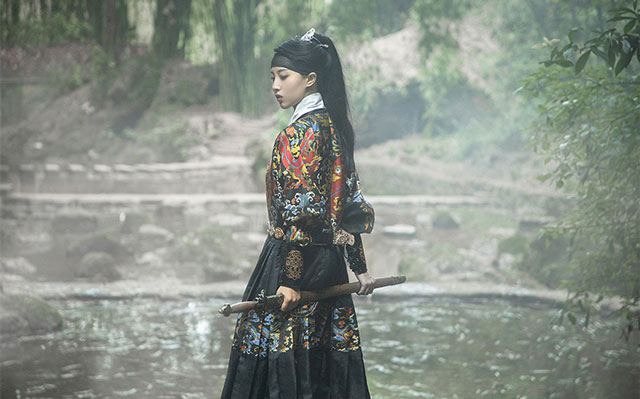 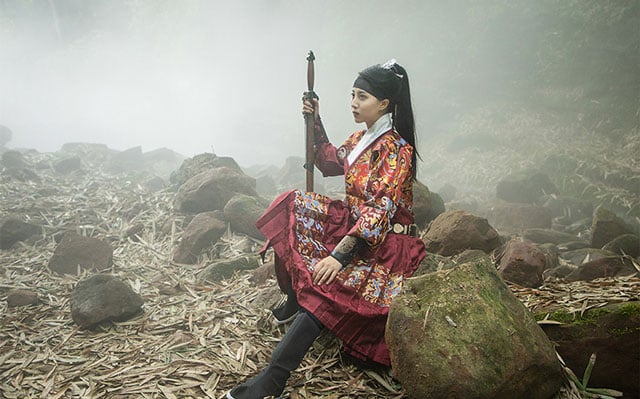 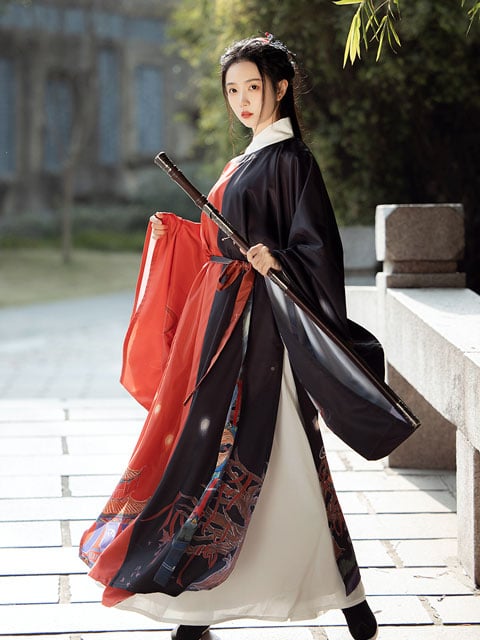 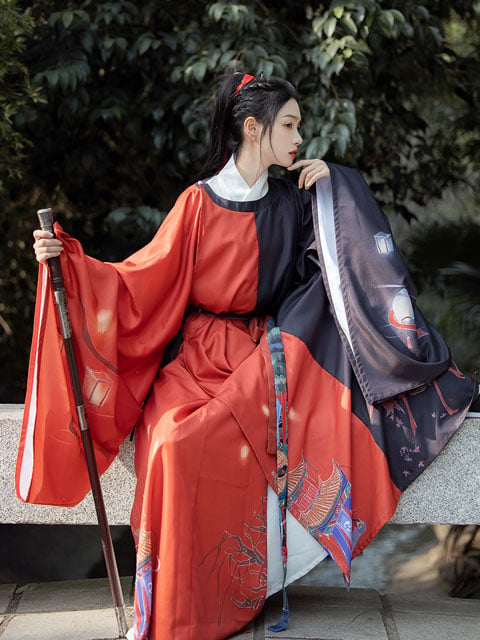 In Hanfu, round-necked robes and Feifu suits are especially suitable to match a sword, and can easily wear the feeling of a swordsman.

For more about Hanfu photography:

In winter, it's a good time to take pictures of the snowscape of Hanfu. However, we believe that everyone will encounter the same problem when taking photos: "Stiff posture when taking pictures" (well, this problem may exist in any season). But! Don't worry, we have found some super easy-to-use winter Hanfu snow props for you. Oil-paper umbrella How can you make a snow scene without an oil paper umbrella? It's not only 100% utilized when taking a picture, but also can block the wind when you are frozen for beauty. And no matter how you shoot it, it will be super artistic conception. Usage: Open the umbrella: open the umbrella, but don't fully support it. Keep it half-open, and just look at the umbrella naturally. Support umbrella: open the umbrella, support it flat or tilt it slightly. Back image: put the open umbrella behind your shoulder. Holding umbrella: close the…

When you get a new hanfu, you must take some beautiful pictures as a souvenir. So today I'm going to popularize some new beginner's Chinese hanfu costume pose! So before taking a photo, first determine the theme, and understand the information related to the theme in advance, do a good job of the preliminary work, which is also conducive to the shooting process. 1. Interaction with props Look at the props around you (fans, strings, books, etc.). Try to pose as playful or appreciative as possible. You can also use props to partially cover your face and make a shy and timid gesture. 2. Pretend to sleep When you find something to depend on, relax, and make your sleeping position look more natural. By using stone tables, branches, stone steps, and so on, the overall texture of the later photos will be quiet and peaceful. 3. Inverted type It's not…