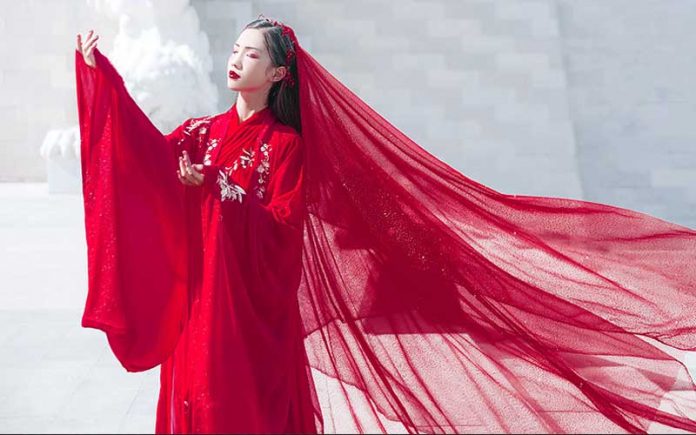 Red Chinese dress & clothing is almost the favorite of Chinese people in festivals. Do you know why?

Red is the most easily acquired color of primitive human, and one of the most primitive colors of human perception of nature. Red is the most striking color with a strong impact. In many countries and some ethnic groups, red has the function of expelling evil.

In ancient China, the walls of many palaces and temples were red, and most of the officials, residences and costumes were red; in important events and places, it symbolizes solemnity, dignity, and authority; in the wedding, it symbolizes celebration; in traditional festivals, it symbolizes auspiciousness; in daily use, it symbolizes warmth and beauty.

Red in the Han dynasty

Mawangdui Han tomb is the tomb of Xin Zhui (217-168 BC), the wife of Li Cang, the Prime Minister of the state of Changsha in the Han Dynasty. Many cultural relics unearthed are very precious, and several of them are even more amazing to our vision. It is unique in the world, has a history of more than 2200 years. 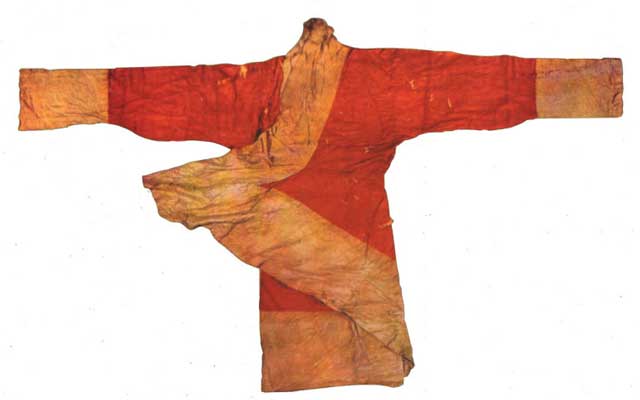 This Quju is one of them, the combination of red and yellow was popular at that time. It shows that red was already the favorite color of Chinese people at that time.

Red in the Tang dynasty

Buniantu (步辇图) is a masterpiece of Yan Liben, a painter in the early Tang Dynasty. On the right side of the painting, the servant girls around the Emperor Taizong wear red vertical striped skirts. Red is very eye-catching in this painting, which shows that red has been widely used in the Tang Dynasty. 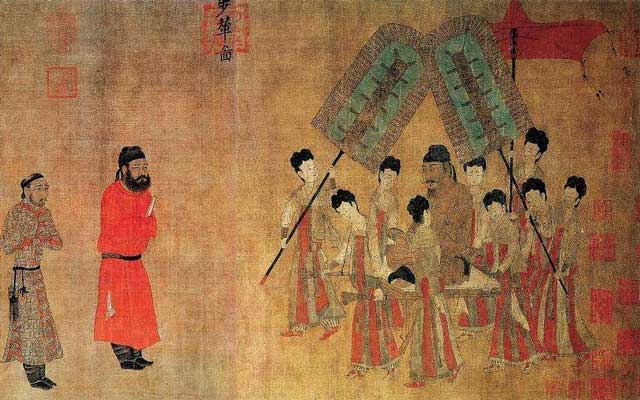 The color system of official uniform in Tang Dynasty

In the Tang Dynasty, according to the different grades of officials, they were equipped with different colors, materials, and patterns of official clothes. In addition, the belt ornaments were also specified. Red is the second-highest rank after purple. 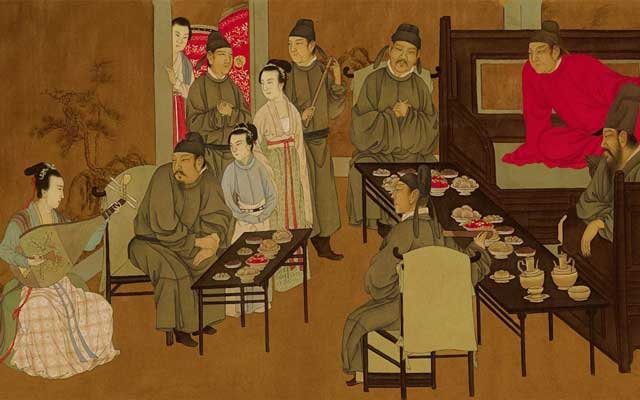 As yellow became the exclusive color of emperors, purple and red were used by senior officials. Therefore, the red color was regarded as the noble color by the bottom public and the common people. This affects the general public’s cognition and custom of color. Folk literature and ideas directly equate red with rich people. 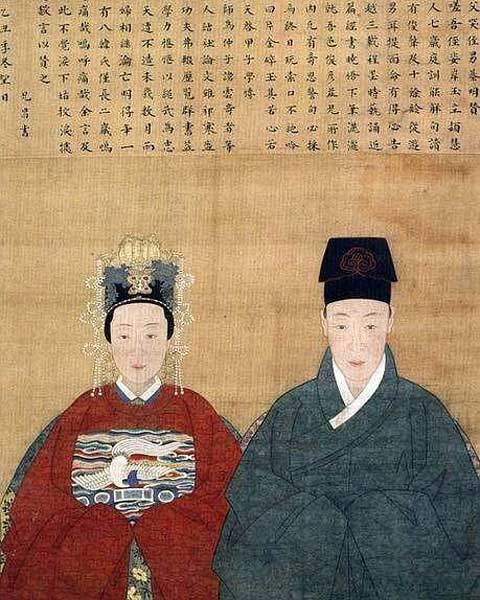 Ordinary people in the Ming Dynasty can wear the clothes of the ninth-rank officer’s costume when they marry their wives. Brides can also wear a phoenix coronet and robes of rank, but only for weddings. Only in this way can it be spread among the people, and its influence has been up to now. People give red to represent auspiciousness, wealth, good fortune and happiness.

Red is very popular in ancient Chinese clothing. We can also often see the red style of Hanfu, cheongsam and wedding clothes launched by modern businesses.

Let’s have a look! 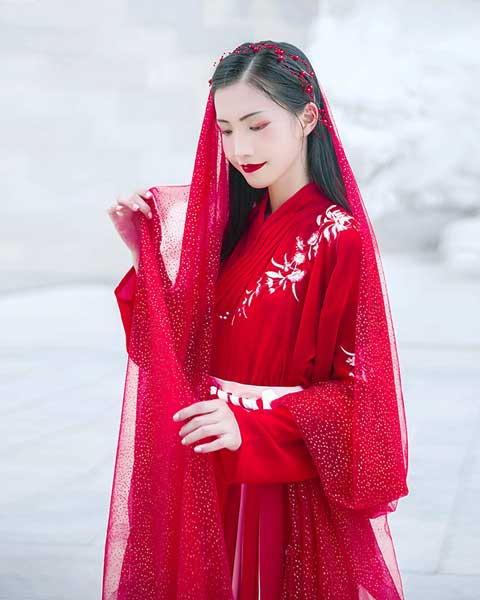 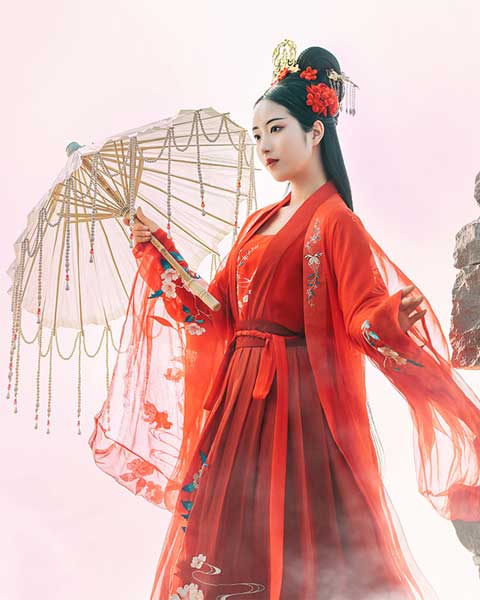 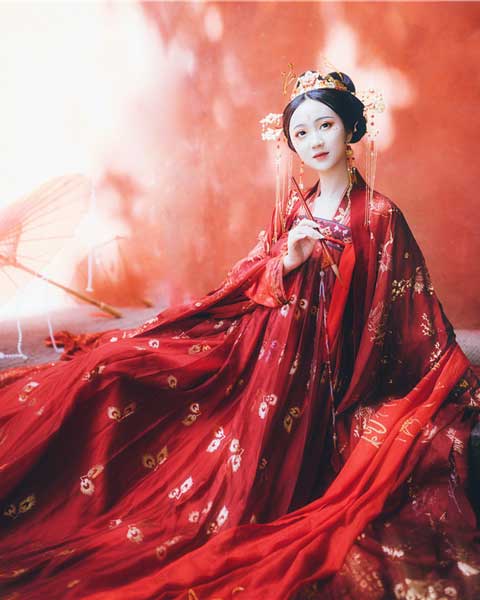 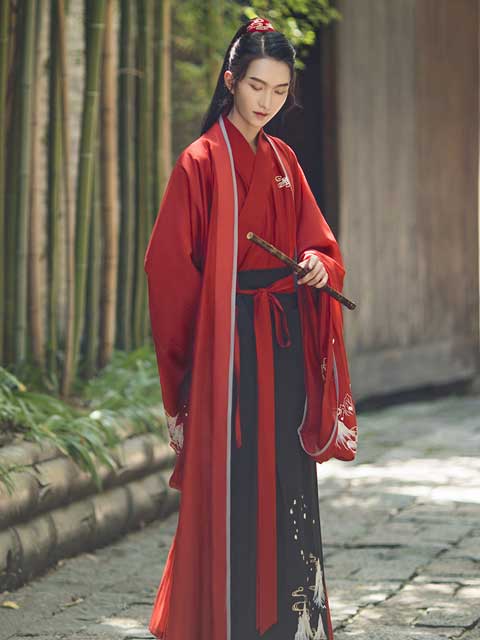 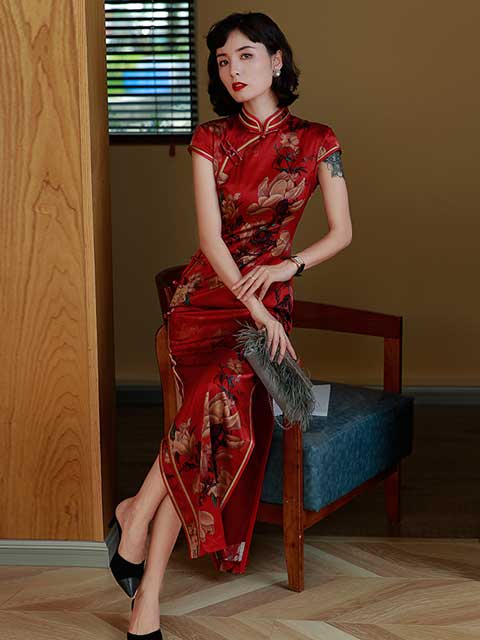 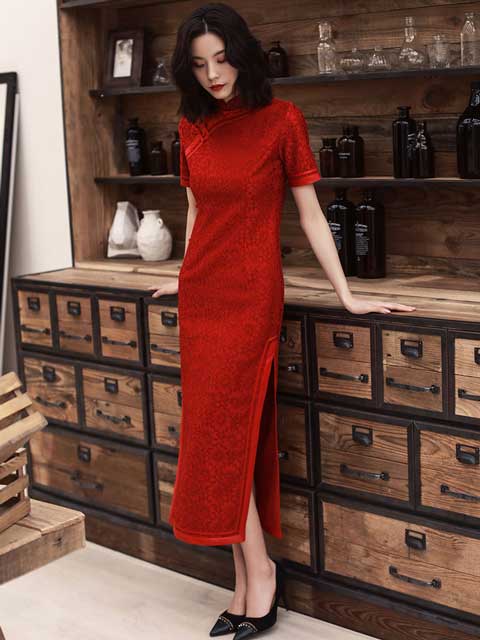 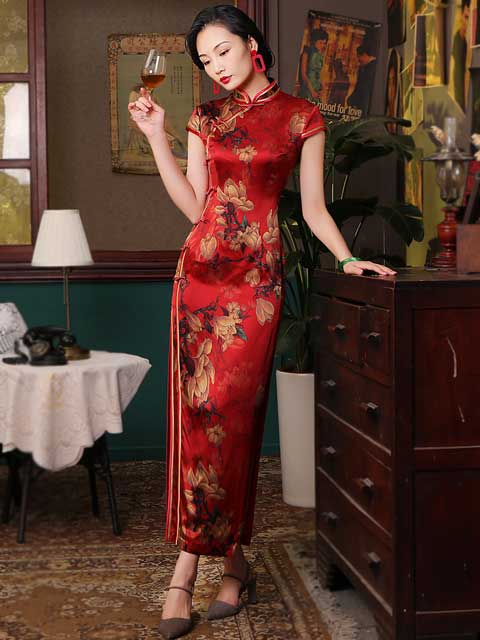 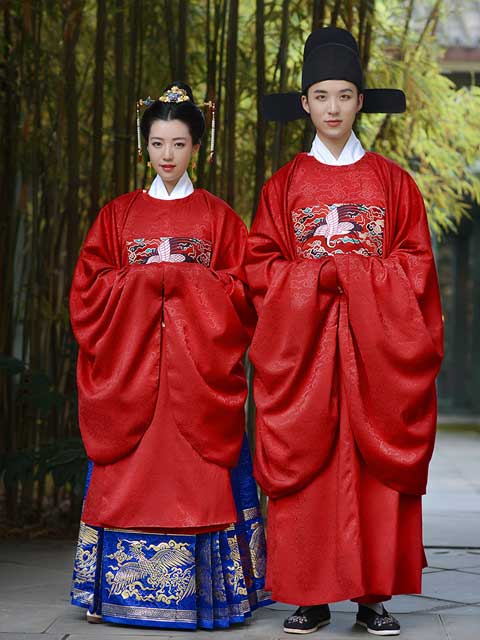 Of course, Chinese people’s love for red is far more than clothing. Through red Chinese dress and clothing, we can see people’s expectations for a better life and give a deeper meaning to red. Red has become a belief of Chinese people and a national color mark that will never fade in life. 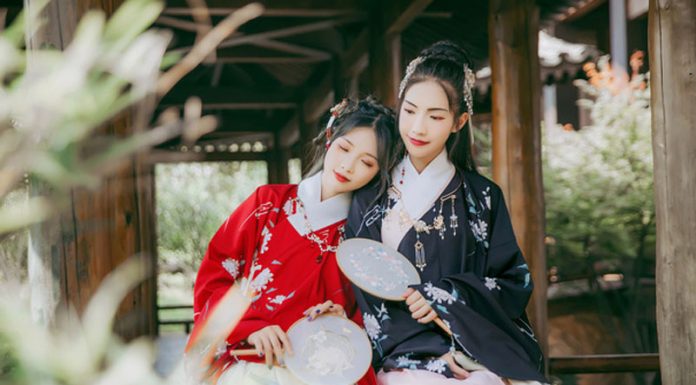