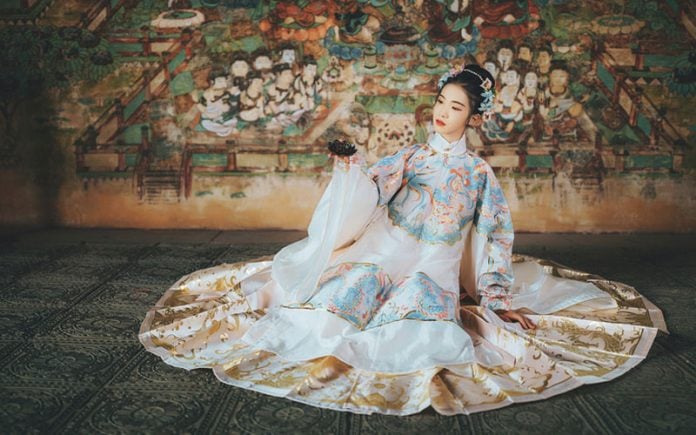 Chinese women’s clothing – Hanfu, as the most classic traditional Asian dress has a long history and rich styles. Which styles are popular at present? We have sorted out the popular Hanfu styles and the corresponding style introduction.

Ruqun is a kind of Hanfu, is one of the earliest and most basic clothing forms in the history of Hanfu, and is one of the most important forms of Chinese women’s clothing. From the Warring States period to the Ming Dynasty, though the length and width changed from time to time, the basic shape remained the original pattern. 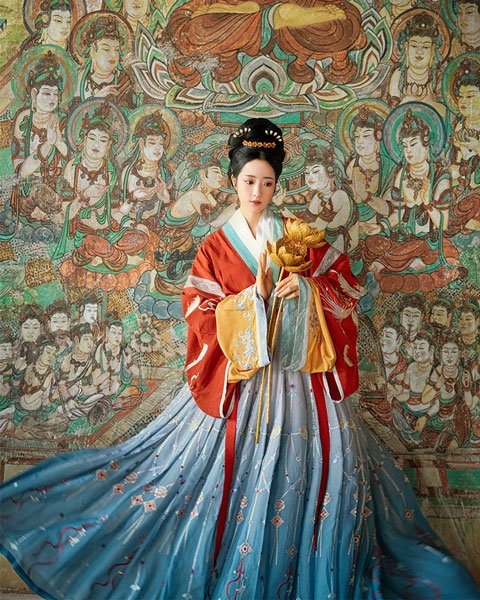 The top of the upper body and the skirts of the lower body are called Ruqun, which are the typical “Shangyi Xiachang (上衣下裳, upper top, and lower skirt)” clothing systems. The top is called “ru”, which is generally shorter than the knee; the lower body skirt is called “qun”. Ruqun is actually a combination of two kinds of clothes. Ruqun appeared in the Warring States period, rising in the Wei, Jin and Southern and Northern Dynasties.

Aoqun is a general designation for ancient Chinese women to wear a thick top on the upper body and a skirt on the lower body. It has been recorded since the Tang Dynasty until the Republic of China. In Hanfu, the term “Aoqun” generally refers to the “Ming-style Aoqun”. Ming Dynasty Aoqun has straight collar, round collar, stand collar, square collar, and other styles. 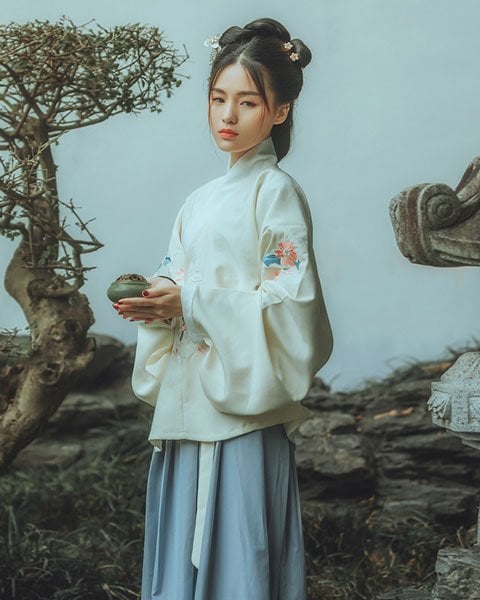 Aoqun is often worn with a horse-face dress. Horse-face (马面裙) skirt, also known as “Mamian pleated skirt”, is one of the classical Chinese skirt styles. Horse-face skirt originated from the Liao and Song Dynasties, there were four skirt doors in front of them, two overlapped, the outer skirt door had decoration, the inner skirt door had little or no decoration, the side of the horse face skirt was pleated, and the skirt waist was mostly made of white cloth and consolidating with rope or button. 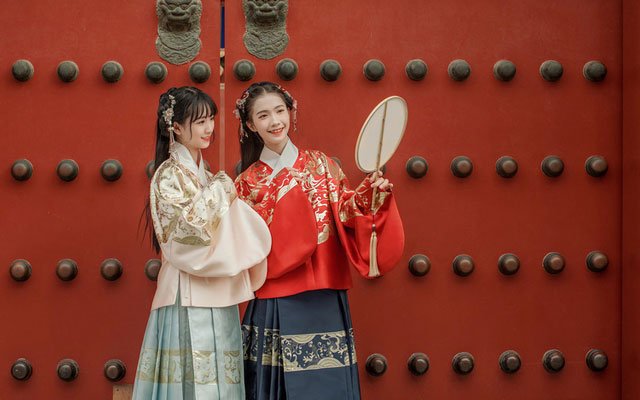 The horse-face skirt is the most typical style of ancient Chinese women’s dress in the Ming and Qing Dynasties. Its style has experienced a series of changes from the fresh and elegant of the Ming Dynasty to the gorgeous and rich of the Qing Dynasty, and then to the beautiful and simple of the Republic of China, but its “horse-face” structure has been deeply rooted.

The combination of a large sleeve cape (披风) and a horse-face skirt is also very popular. Cape is the shape of a garment, different from a cloak. Cape is long-sleeved coats, popular in the Ming Dynasty, which can be worn either outdoors or indoors. 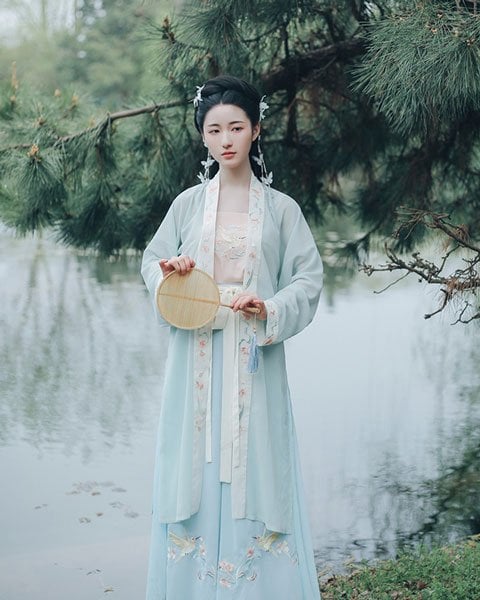 Round collar robes first appeared in the Shang Dynasty, it is one of the traditional Chinese women’s clothing. After the development of the Sui and Tang Dynasties, it gradually spread across the country. Both men and women can wear round collar robes. 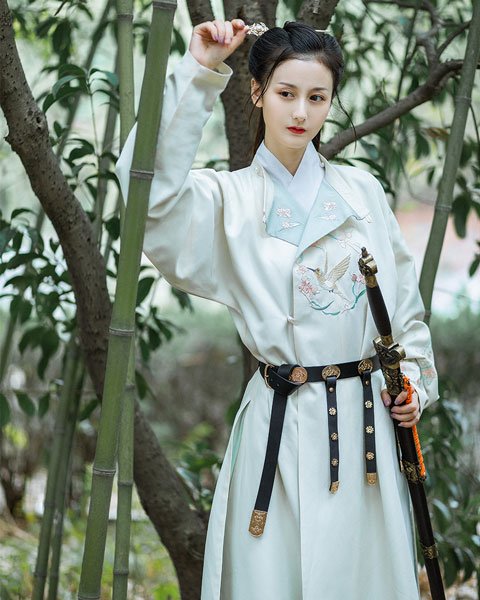 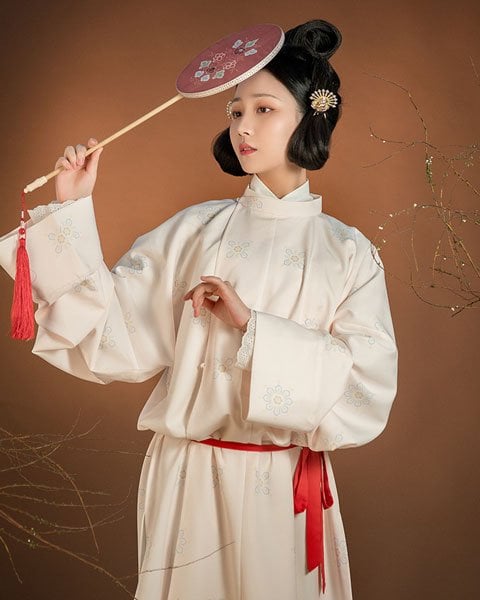 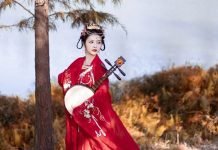 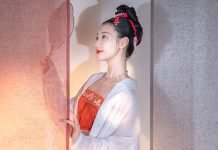 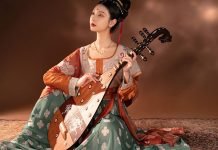 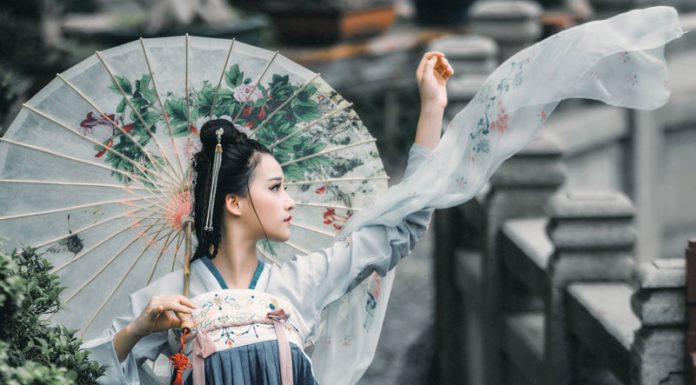