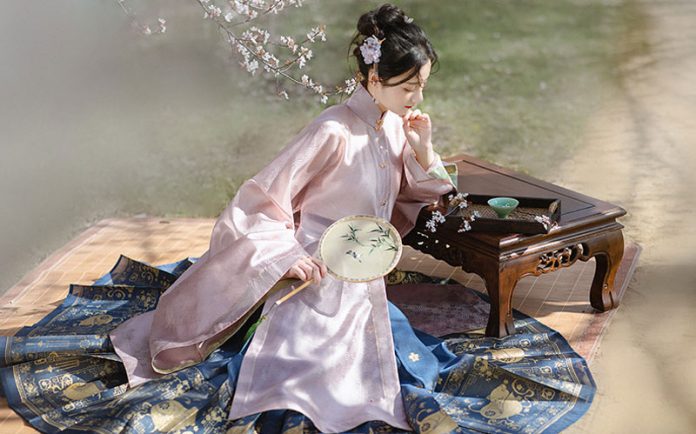 Song-style Hanfu: Song Hanfu is the most suitable Hanfu for summer because it is the most simple Hanfu. Due to the background of the Song Dynasty, Song Hanfu are mainly slim and long, with narrow sleeves and cross collars. The “Beizi” and “Song trousers” are the main styles of Hanfu in the Song system. 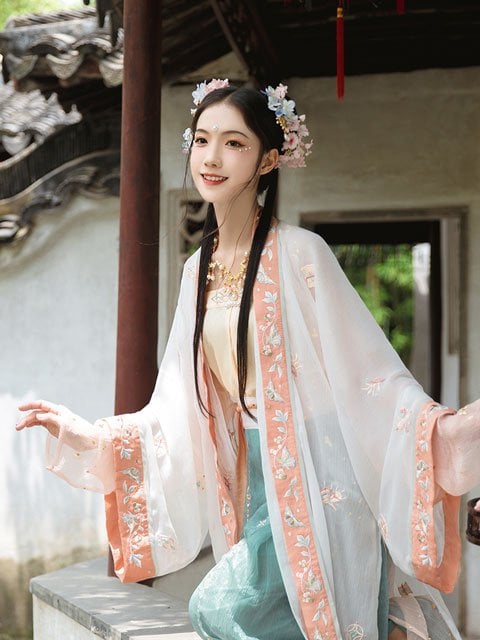 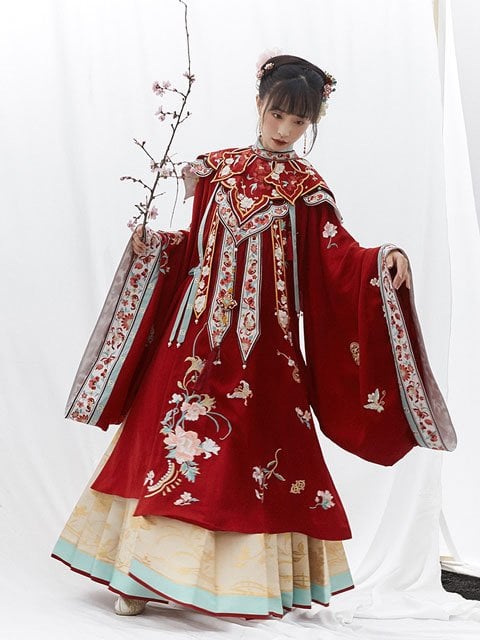 It can be seen that among the traditional Chinese dress for girls, Song-style Hanfu is mainly simple, while Ming-style Hanfu is mainly riches and honor. However, due to the improvement of Hanfu, nowadays, the Ming Hanfu is usually made of light and thin fabrics instead of the original rich fabrics to make a modern Ming Hanfu that is light and cool. With the addition of thin and light fabrics, Ming Hanfu is a nice choice for summer as it combines the simplicity of the Song Dynasty and the dignity of the Ming Dynasty.

Modern Ming-style Hanfu is based on the traditional Ming system, all the original fabrics are replaced with light and breathable yarn fabric, which keeps the original shape but also has the feature of breathable and cool, can not feel the hot feeling even if you wear it in the middle of summer, and you will have a refreshing skin touch.

This set of Ming-style Hanfu changed the traditional horse-faced skirt into a pleated skirt, and the lightweight yarn fabric was soft and breathable, so it wouldn’t be too stuffy, even in the middle of summer! 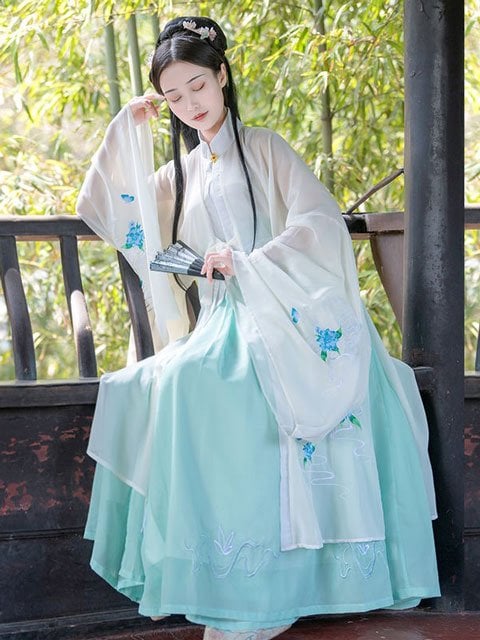 The original horse-face skirt was changed to a pleated skirt, which is cooler and more breathable. But the difference is that while the previous Hanfu was pure and sweet, this Hanfu is more gorgeous and full of fairy spirit, with embroidery all over the body, the main patterns of which are all auspicious clouds, fairy mountains, and jade rabbits. The dreamy color scheme and the fairy embroidery pattern make the whole costume full of endless fairy spirit. 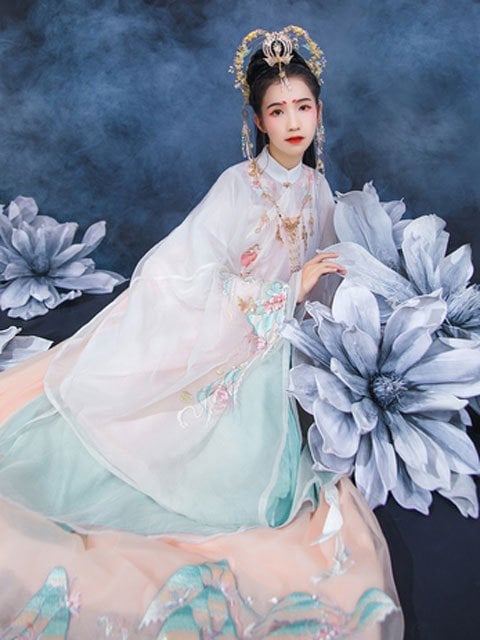 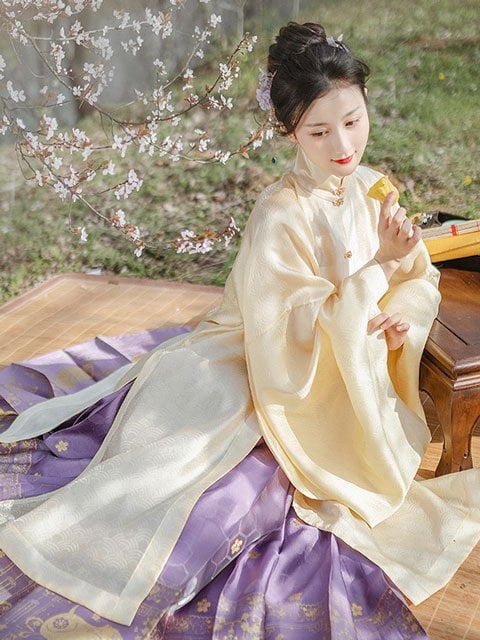 On the light silk gown, the design of the dark grain makes the original slightly monotonous gown appear less lonely, the fine grain to increase the texture of the Hanfu, silk fabric to increase the drape, but also can let the girls feel the coolness of the silk fabric in the summer weather. 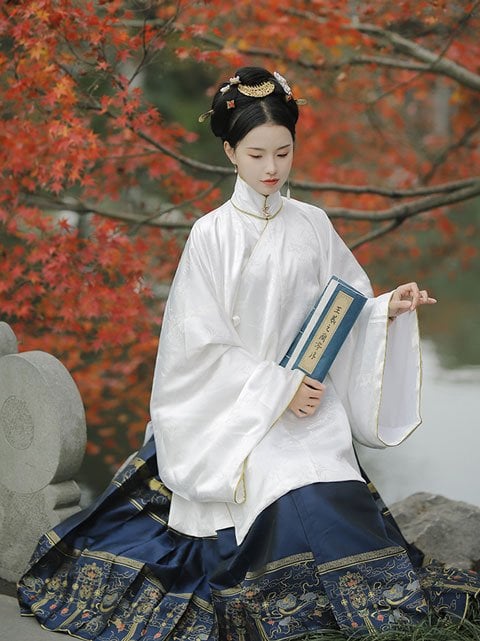 Timing of wearing the traditional Ming-style 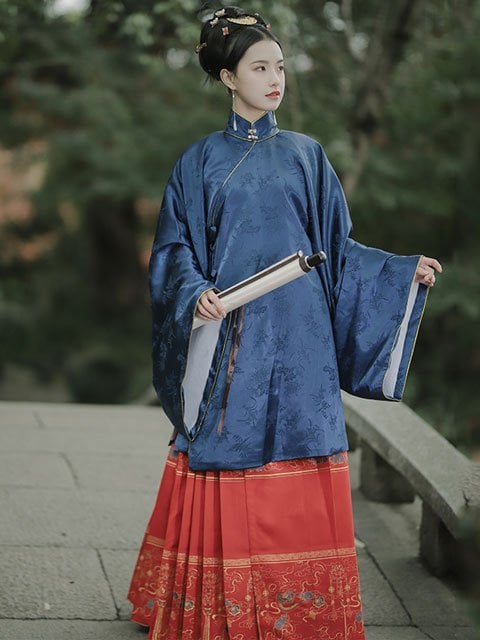 The hallmark of the traditional Ming dynasty Hanfu is the combination of a jacket and a horse-faced skirt. The delicate embroidery of the phoenix in the blue upper jacket is vivid, adding interest and prestige to the Hanfu. The addition of the phoenix totem on top makes the whole Hanfu look mysterious and stylish. The most important combination is in the accessories. 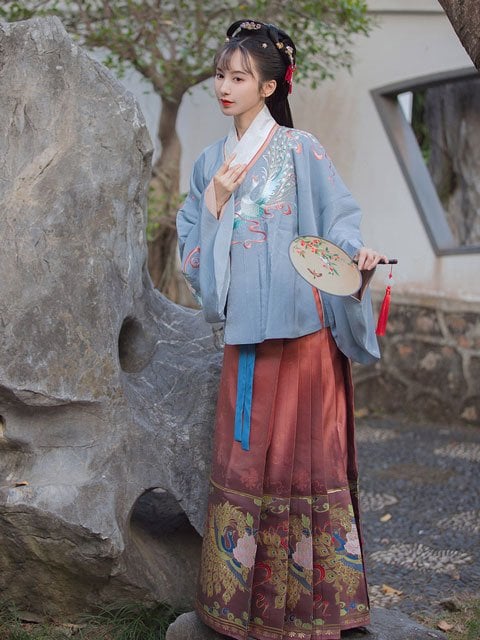 The fan as the most classical is also the most common Chinese clothing accessories, It really can bring a slight coolness to everyone in the middle of late summer. 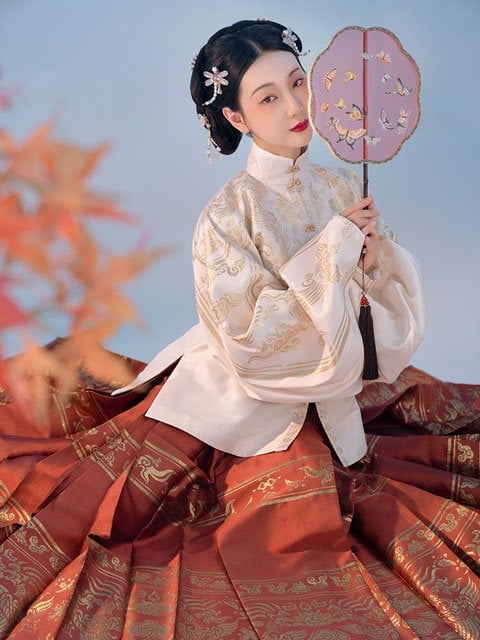 There are many types of Yunjian, and in summer, we can choose between pearl Yunjian or silk Yunjian. 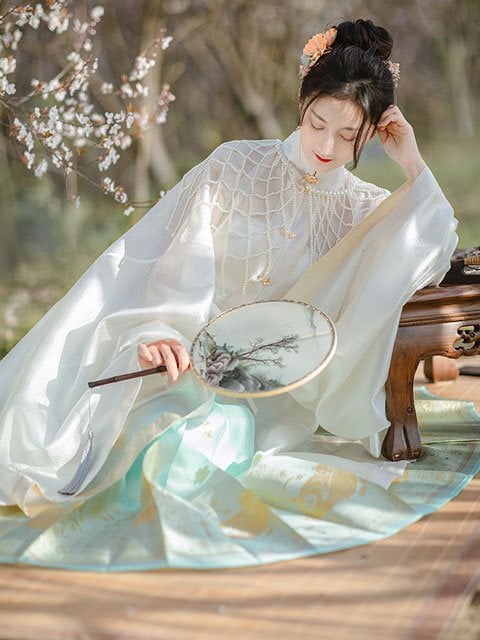 What’s your favorite Ming-style Hanfu? Any Chinese dress for girls to recommend others? Be sure to leave your comment down below! 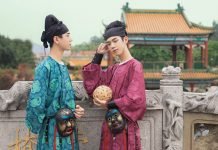 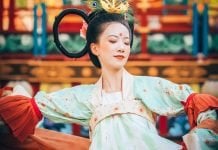 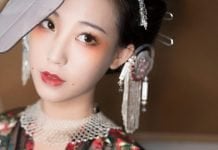 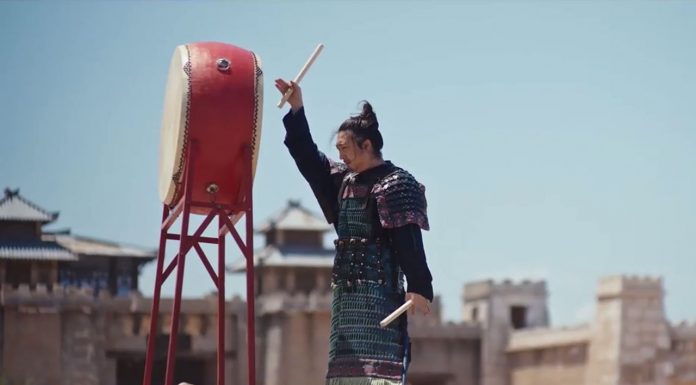