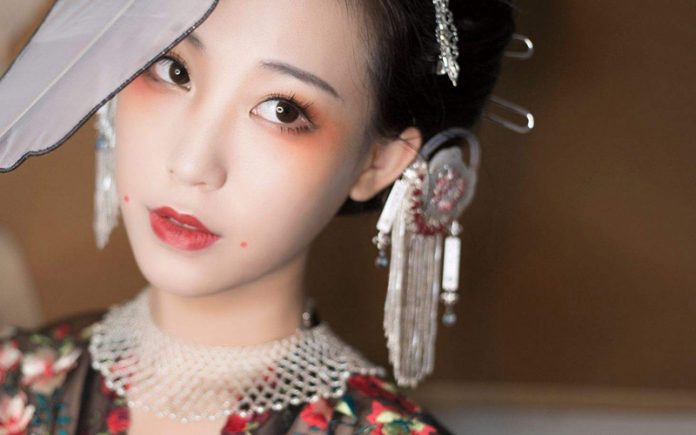 Each dynasty has a different style of makeup, such as the Tang Dynasty‘s rich and colorful, and the Song Dynasty‘s clear and elegant. What kind of make-up should I wear when photographing the ancient Chinese dress? General photo-photography, without being very strict, can be very beautiful according to their own conditions hobbies, modern aesthetics, and its combination.

The eyebrows of classical Chinese beauty are thin and curved. There are some ancient Chinese dress and styling out that require more powerful eyebrows can also be drawn with a slight upward adjustment at the end or a more straight, sharp eyebrow. The eyebrows should be overly natural from light to dark to the end of the eyebrow. For those who have rough and messy eyebrows, use an eyebrow scraper to trim the shape of your eyebrows beforehand, and then use an eyebrow pencil to fine-tune the shape of your eyebrows with a natural curve.

Not all girls are suitable for pink peach makeup, and some girls with single eyelids or a lot of fat on their eyelids are not suitable for a large area of pink eyeshadow on their eyelids. Try hitting the pink on the bottom of your lower eye tail and then using an earthy or orange shade on your eyelid. Similar to daily makeup, darken the color just a little bit. Then smudge the bottom of your eye tail with a deep red eyeshadow and finish with a layer of blush.

In addition to the normal peach blossom makeup, you can also use pink eye shadow or blush to apply blush to the area from the bottom of the eyes to the temples and most of the area underneath the eyes. If you’re putting on makeup for a photoshoot, we suggest you focus on the makeup a little bit, as the camera and post retouching can take away from the original look. As for the colors, try a variety of combinations that will make a difference.

Don’t be too heavy on the eyeliner, just pull the inner eyeliner out a little along with the shape of your eyes. Then, add back and forth with deeper pink, the closer you get to your eyelids, the darker the pink you use, and the end of your eyes are also smeared outward with pink. 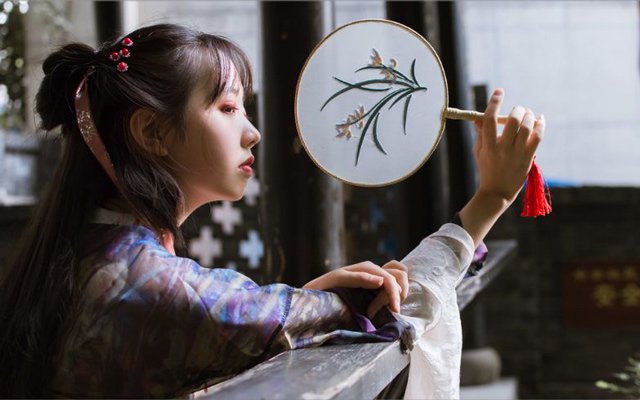 The blush is the soul of makeup, but with the exception of the Dunhuang style of Tang Dynasty, don’t wear other ancient Chinese dress with too much blush, after all, makeup has been changing according to the aesthetics of each era since ancient times. If it is not in order to fit the style of the photo, it is recommended to lighten the makeup.

Eye shadow, blush, and lipstick are all in one tone as much as possible.

If it’s not an imposing look, the highlight at the brow bone is not necessary, just use it on the bridge of the nose, forehead, and chin depending on the individual.

In the pursuit of a three-dimensional contour, you can play a shadow in the nose or cheeks. In addition, girls with high hairline can also be played in the hairline. 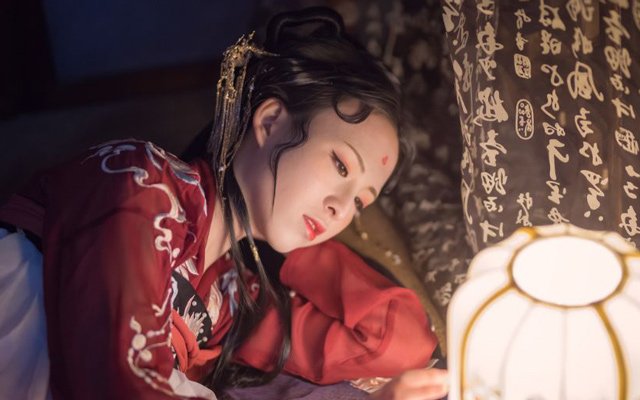 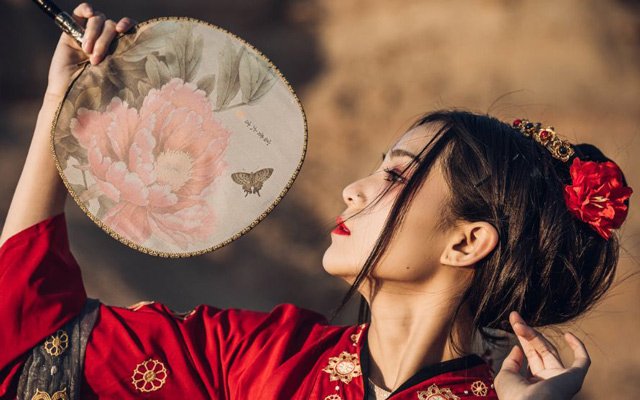 5. Hair and eyebrows best of the same color, generally auburn hair and snow skin, dyed hair girl can be covered with a black wig, or else later retouching black can also be.

6. Girls with low hair volume can buy wig kits and wig pieces, use hair powder for the high hairline, and use shredded hair cream for lots of broken hair.

7. You should also take good care of your fingers, as they are essential for posing for photos, and you can use hand cream to remove dead skin. 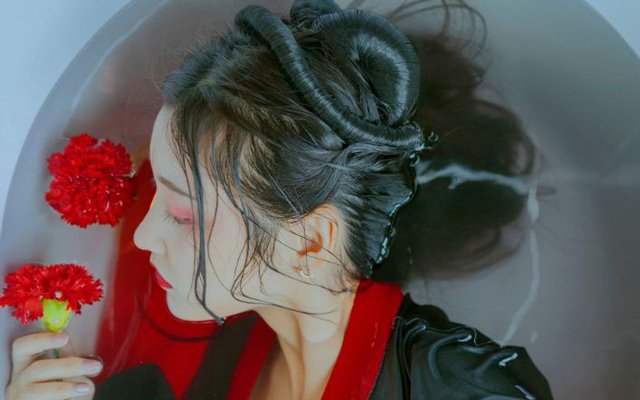 Ancient Chinese dress makeup varies from person to person and from dress to dress. It may not be appropriate if you choose to force the look of other ancient Chinese dress beauties too much. Some people themselves are suitable for the elegant style, too flirty makeup, may not even be used to themselves.

Therefore, finding a suitable style and makeup for yourself is the most important thing, and a confident girl can look beautiful in any way.

If you want to learn more about the ancient Chinese dress, please join our community! 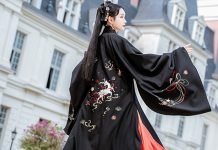 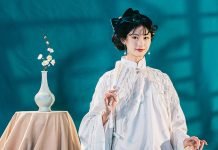 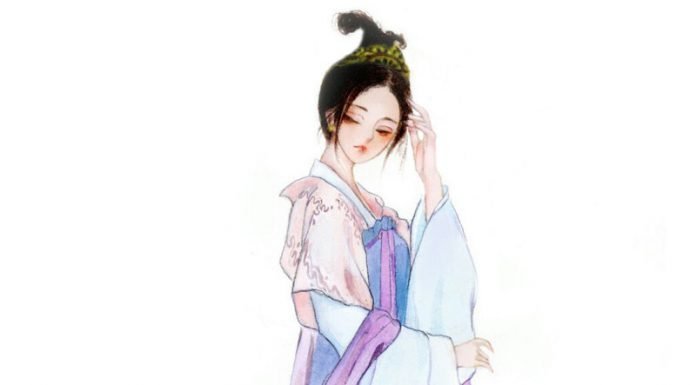