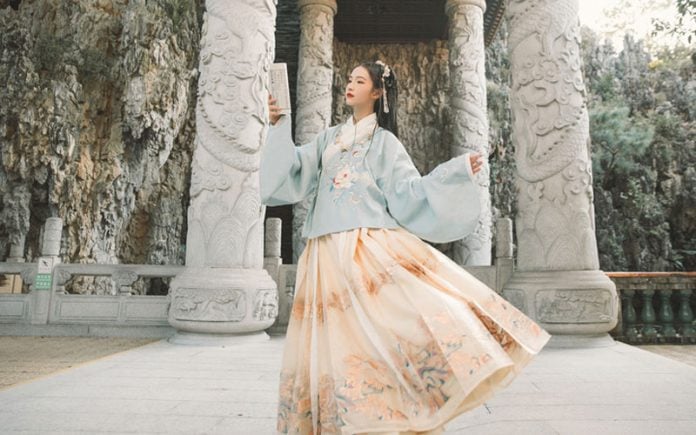 Aoqun(袄裙), most commonly wore during the Ming Dynasty. Let’s take a look at the individual pieces and how to wear them.

The word Aoqun translates into a lined top and skirt, it is one of the earliest and most basic forms of Hanfu. 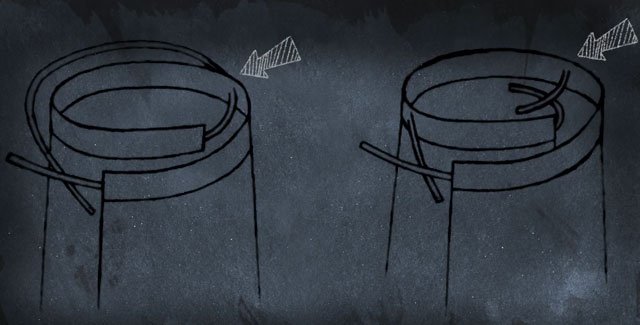 This style was developed as early as The Warring States period (475 BC) as seen on these clay figurines, and it evolved throughout the dynasties. 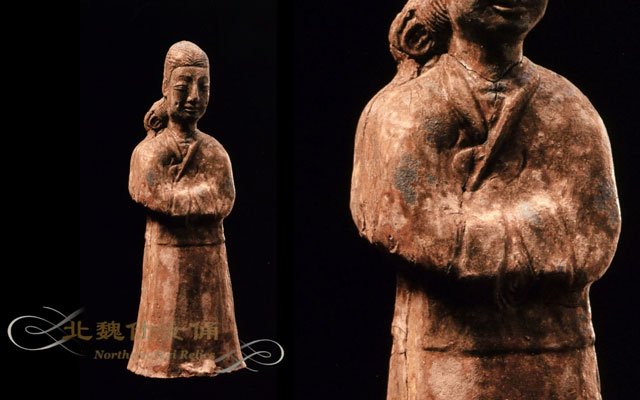 By the mid to late Ming Dynasty, it had become the most commonly-seen design for fall-winter clothing among wealthy families and the royal court. There are also many historical relics available for us to study. 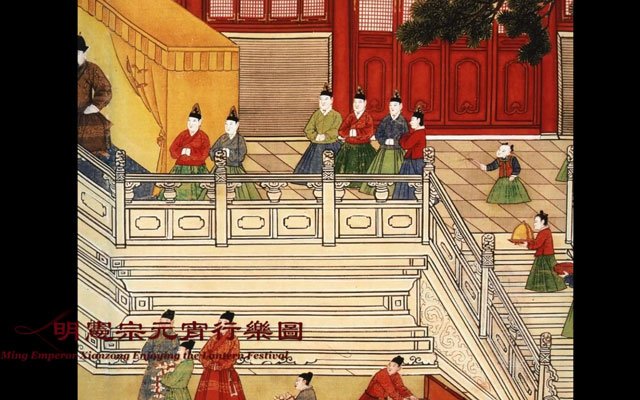 Wear the Skirt of Aoqun

Aoqun is outerwear, so people usually wear inner garments made of cotton or linen material underneath. 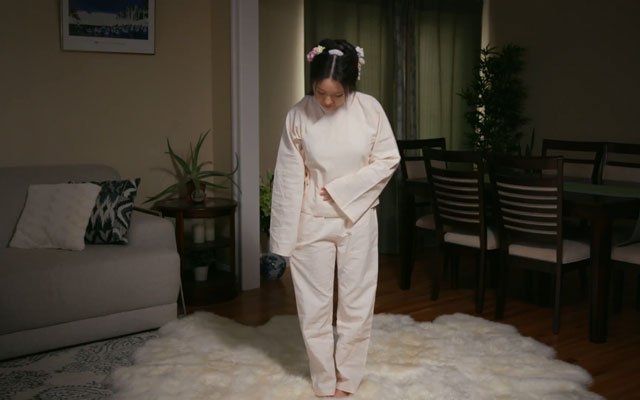 During the Ming Dynasty, women usually wear Mamian skirts or pleated skirts, this one is a one-piece half-pleated skirt with the pleats only on top, and embroideries on the bottom, as well as on the belts. 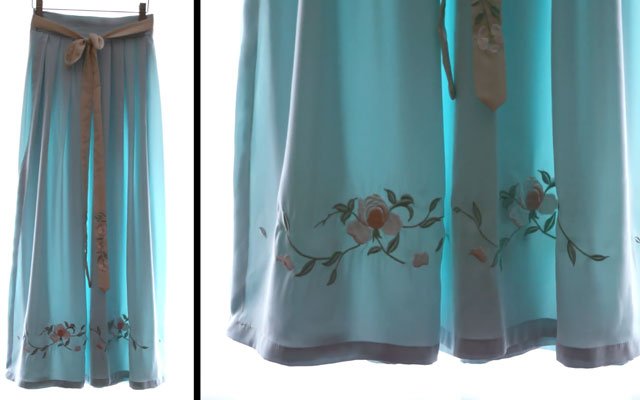 There are usually two types of one-piece skirts, one style you insert the belt through a hole in the middle, the other style uses an extra set of ties.

This skirt doesn’t have either feature, so after wrapping it around the body, you can fold one end down along the waistline and then secure it with the belts. 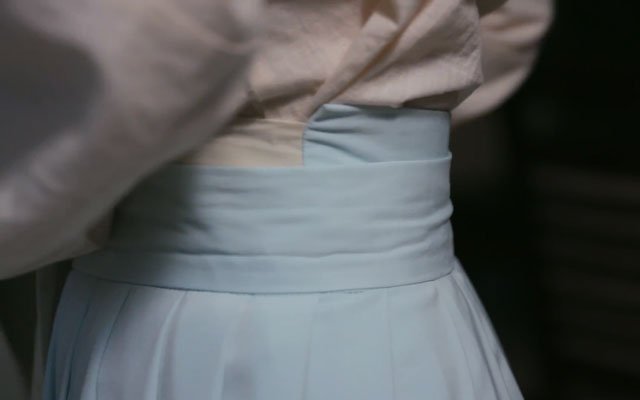 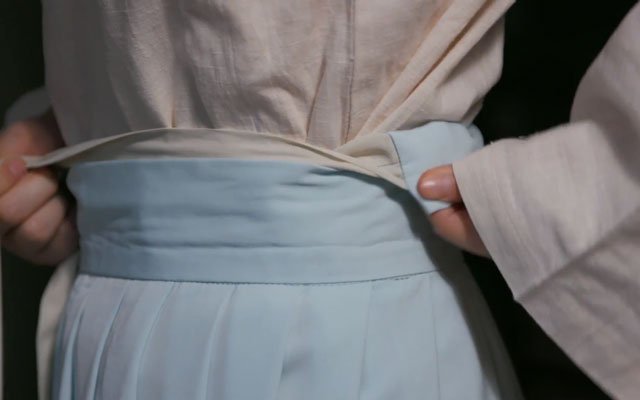 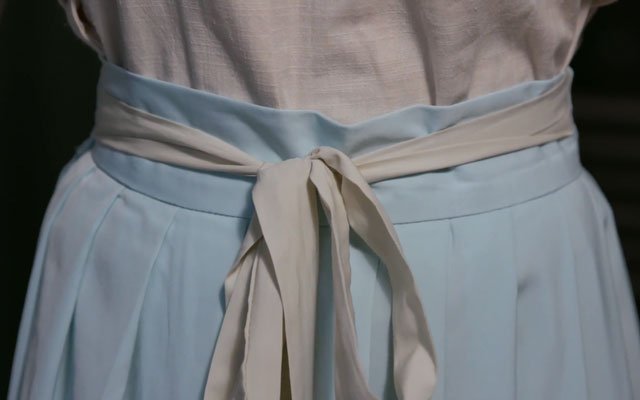 Wear the Top of Aoqun

Ao is defined as a top with lining, the length and collar styles have different variations. This is a typical cross collared Ao, it has an additional white skinny strip of collar piece called Huling(护领) meaning “collar protector”, Ming Dynasty Hulings can be sewed on or taken off for cleaning. 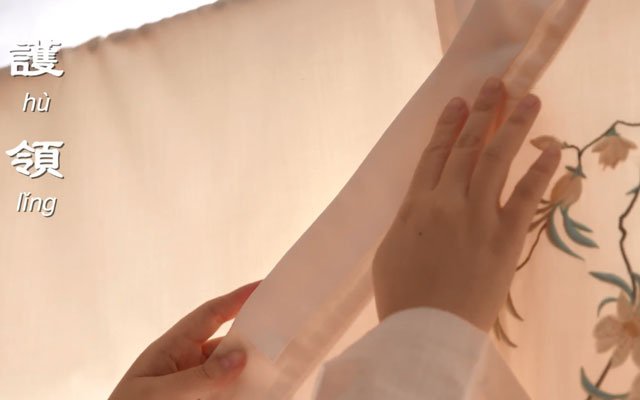 The middle seam on both the front and back represents a person’s righteousness. The shape of the sleeves is similar to the Chinese instrument Pipa (琵琶), so it’s called Pipa Xiu or Pipa sleeves. 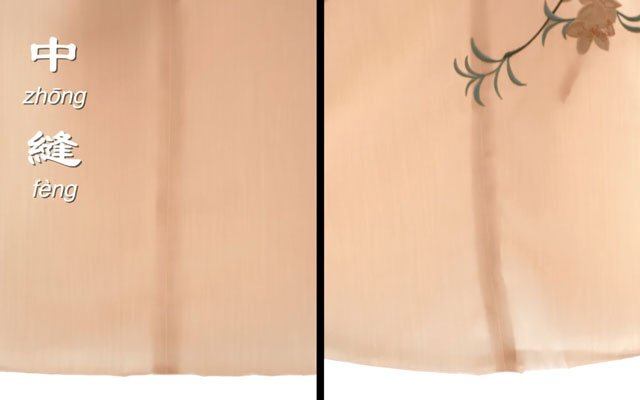 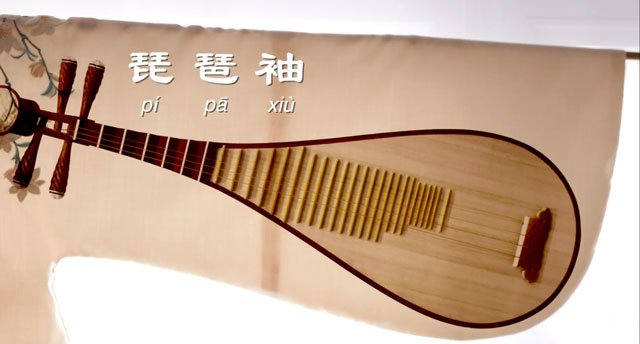 This Ao is in a style known as Jiaoling Youren (交领右衽), or wrapping the right side before the left, it’s one of the most basic features of Hanfu. First, find the sash underneath the armpit area on the inside, tie it up with the sash from the right side, then fold over the left side and secure it on the right, this completes the Aoqun outfit. 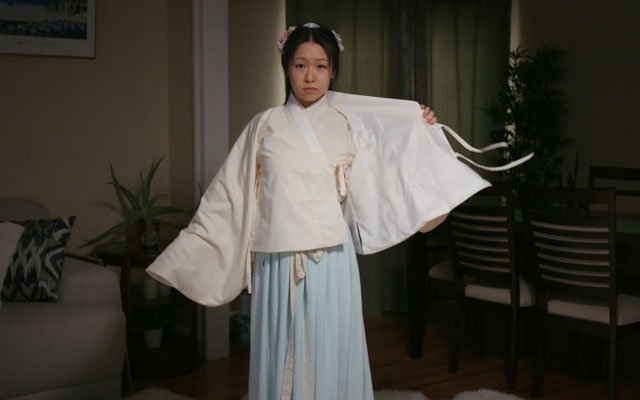 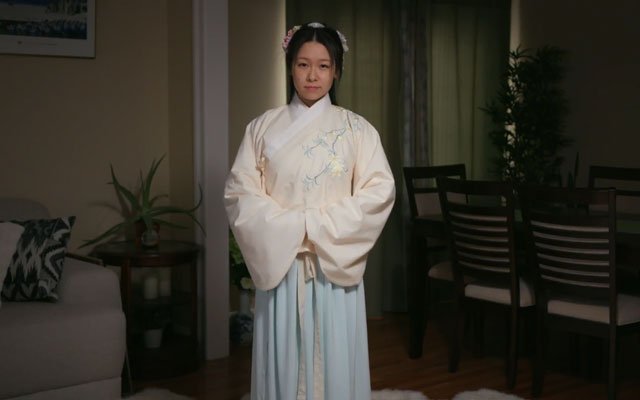 You can add a Pifeng(披风) or outer coat for warmth, it has large broad sleeves with embroideries. 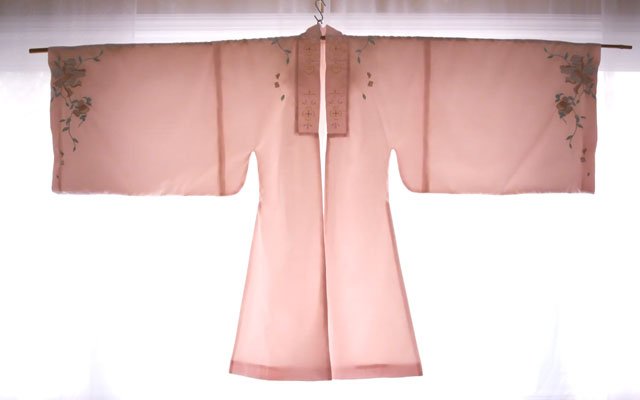 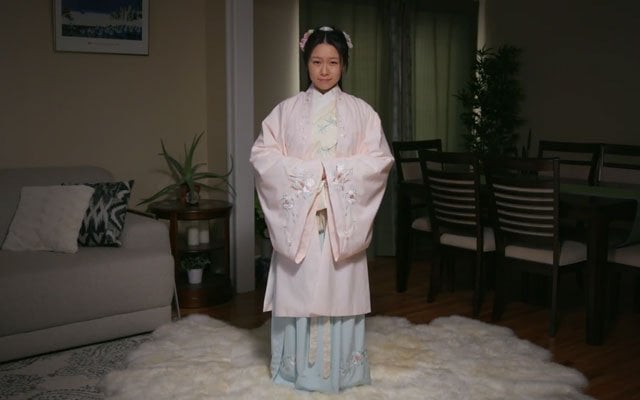 Last but not least, put on a necklace called Ying Luo(璎珞) to complete the look. 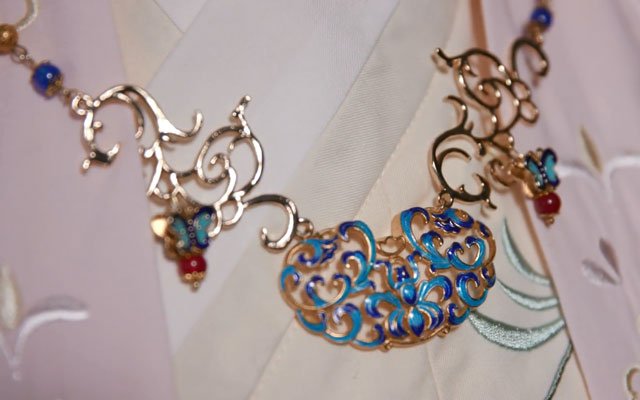 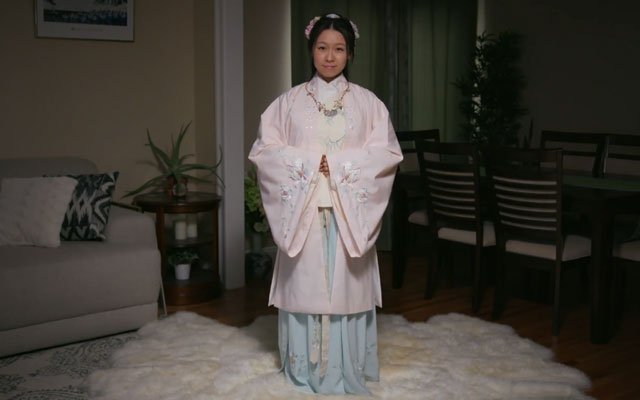 And you can click on the video to see the details of how to wear Hanfu – Jiaoling Aoqun:

More about the Chinese Hanfu clothing and how to wear Hanfu can be found here. 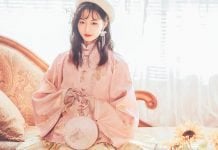 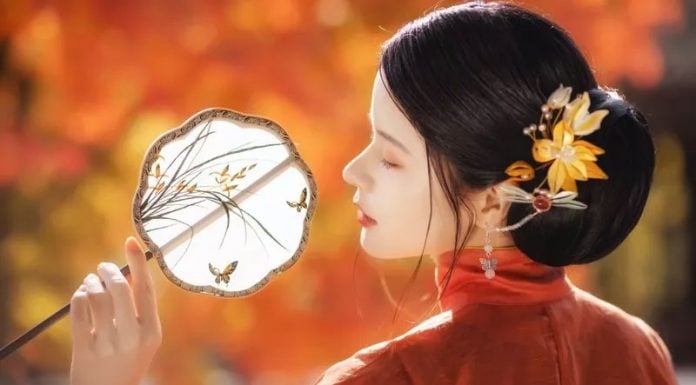