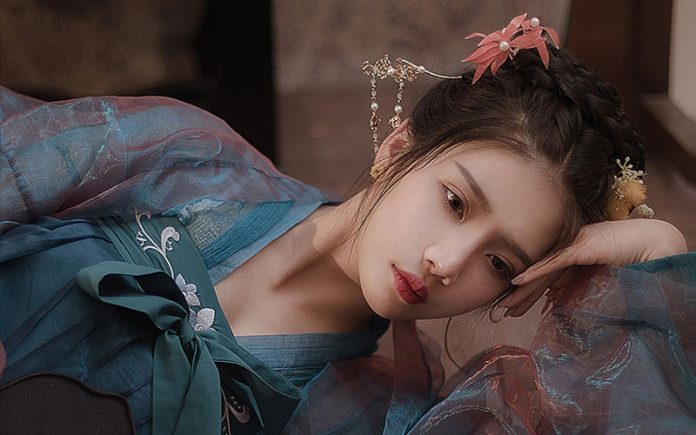 A granny (辰辰奶奶) caught everyone’s attention some time ago at the Double Ninth Festival. In the video, the 76-year-old granny was dressed in Hanfu and was so elegant that young netizens were instantly charmed. A few days ago, the Xitang Hanfu Culture Week was held as scheduled. Among the thousands of young people dressed in Hanfu, the granny once again caught people’s attention. 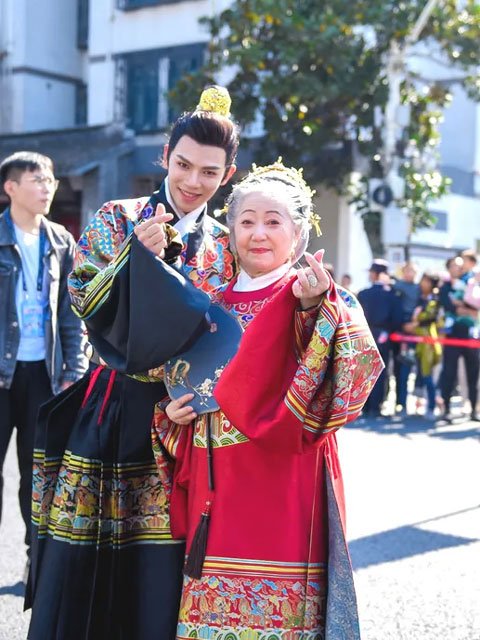 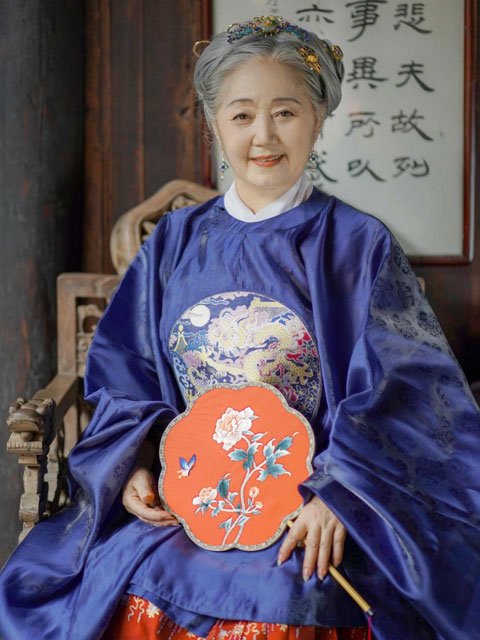 Hanfu has been worn for thousands of years, but why are young people more aware of it instead? Many young people mentioned that when they first wore Hanfu in front of their parents or grandparents, their elders did not even know that is Hanfu.

In 1645, the Qing dynasty ordered the introduction of the “Change Manchu hairstyle, change the Manchu clothing” system throughout the country in order to secure its dominant position. From then on, Hanfu was completely removed from the daily life of the Han people. Although this system has long since receded from history, its influence has continued into the modern era. Clothing with a Qing Dynasty style, such as cheongsam and Tang suit, has long been popular. However, there have always been those who believe that Hanfu is more representative of Chinese culture. 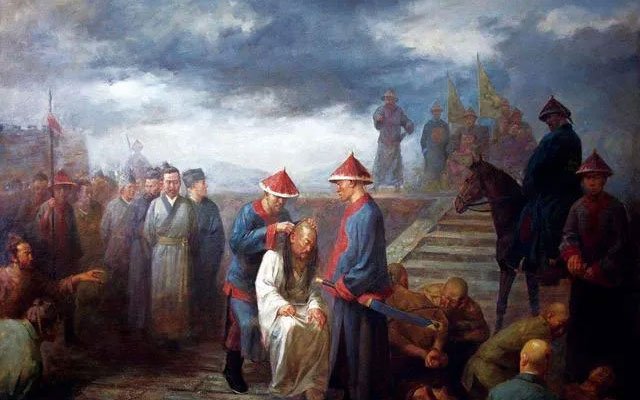 On 22 November 2003, an electrician called Wang Letian, wearing Hanfu walking on the streets of Zhengzhou, trying to tell people that the Tang suit was not a Han costume and that the Han people had their own traditional dress. But it didn’t work too well. Singapore’s Lianhe Zaobao newspaper was the first to report the story, then it was followed widely by the Chinese media. 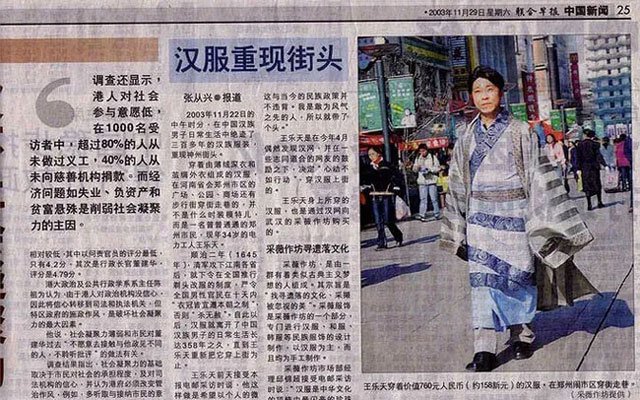 Over the past two years, as Chinese Hanfu has become more and more frequent on social media platforms, more people have started to take notice and try to wear Hanfu.

Miss Yu says she was influenced by Chinese costume dramas as a child and thought the characters’ costumes looked good. Later, when she was at university, she followed many bloggers and met some friends who were passionate about traditional culture, so she started to experiment with Hanfu.

Liaoliao’s first encounter with Hanfu was during her graduation trip in 2017. She traveled to Xiamen with her best friends and found a shop selling Hanfu. Having always been interested in traditional Chinese culture, they soon bought their first set of Hanfu on the recommendation of the shop assistant.

Coco likes to play games, she thought the ancient-style costumes were very nice, and gradually became fond of the ancient-style elements. At first, she only bought accessories such as hairpins, bracelets, and bags, then went on to buy dresses with Han elements until now more people wear Hanfu. 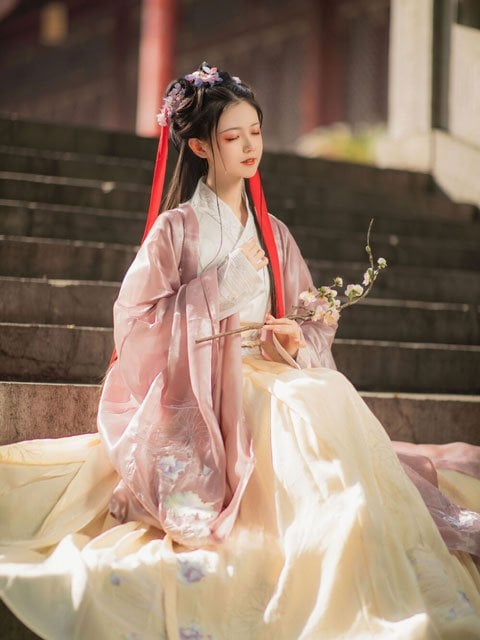 It can be seen that their preference for Hanfu is mainly influenced by the visual impact of costume dramas, games, and other visuals. Hanfu has become a trend rather than a hobby with a strong sense of history. It’s just like any other pop culture: it doesn’t matter so much what’s behind the pop culture, it’s “I think it looks good”.

The year 2020 is a time that sounds particularly futuristic and sci-fi, but at any moment, you are likely to encounter a girl dressed in a very classical style when you walk down the street or into a shopping mall. Three years ago, Liaoliao could get a lot of attention by walking down the streets of Guangzhou in a Hanfu. But with the passage of time, people are now not surprised. 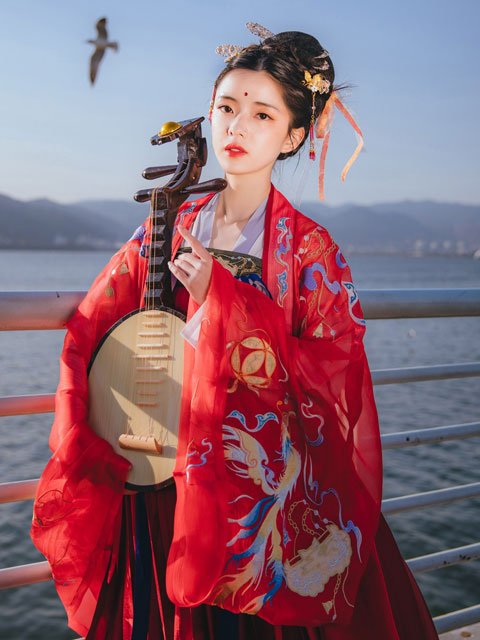 Miss Yu thinks that it also has a lot to do with the hairstyle, as people stare at her especially if she has her hair done. But she also said that this was in the past, and that most people can now see it as normal. Coco, on the other hand, thinks it depends on the occasion. She thinks it’s fine to wear it at home or to Comic-Con, but it’s sometimes embarrassing to go shopping, and people still stare at her occasionally. However, she still says that she will wear Hanfu more often in the future.

Overall, the public’s acceptance of Hanfu is growing and more and more people are willing to try it on.

Times are changing, and Hanfu enthusiasts no longer have to bear the odd stare from passers-by as Wang Letian did back in the day. More people are realizing that Hanfu can and should be a normal part of street beauty. Today’s young Hanfu enthusiasts have a much simpler reason for wearing Hanfu. They simply enjoy the pleasure of wearing it and start spending money on it because of their personal preferences. 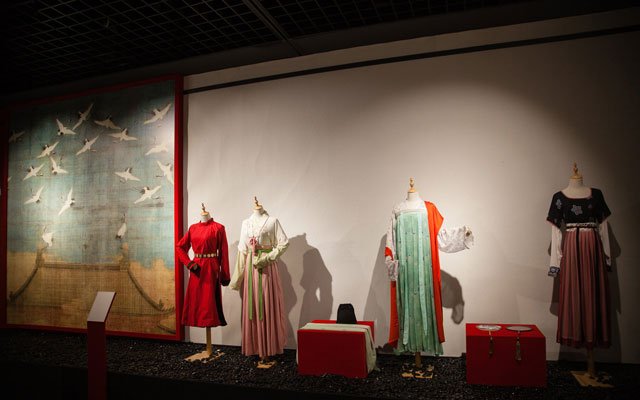 Hanfu began with the Yellow Emperor, evolved over thousands of years, came to an abrupt end at the beginning of the Qing Dynasty, then began a revival in the modern era, and has finally taken on a new lease of life in recent years. When today’s young people are shopping for Hanfu and wearing them as a normal nice piece of clothing, in a way this is adding new energy and new meaning to the Hanfu. 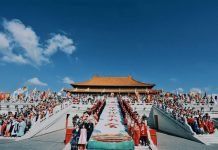 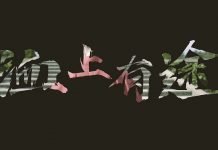 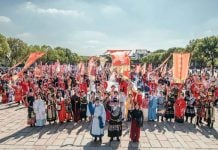 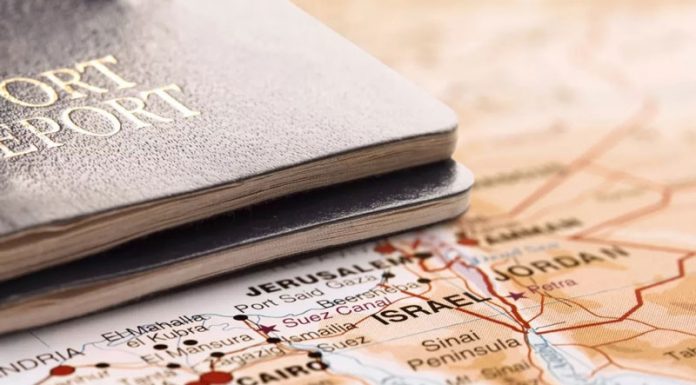 How to Apply for 144-Hour Visa-Free Transit