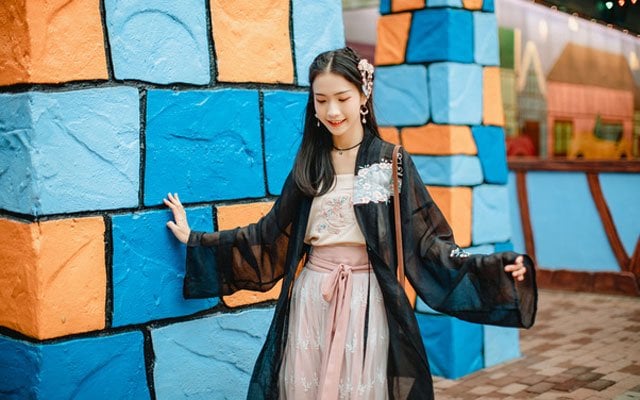 Beizi (褙子), a kind of traditional Chinese attire, began in the Sui Dynasty, both men and women can wear it. The style of Beizi is mainly straight collar and Duijin, with no stitching from the armpit on both sides. It is often worn outside other clothes. Popular in Song and Ming Dynasties.

Beizi began in the Sui Dynasty. There are two ways of saying about the origin of the name of Beizi, one is Beizi means that when a person walks, his back should be straight to support his back and body; the other is the clothes that Beizi used to wear by servant, because the servant often stands behind the mistress, so gets the name.

In the Song Dynasty, both the queen and the nobility, as well as the maidservants and ordinary people, all liked to wear Beizi. At the same time, it is also the formal dress of women in the Song Dynasty. 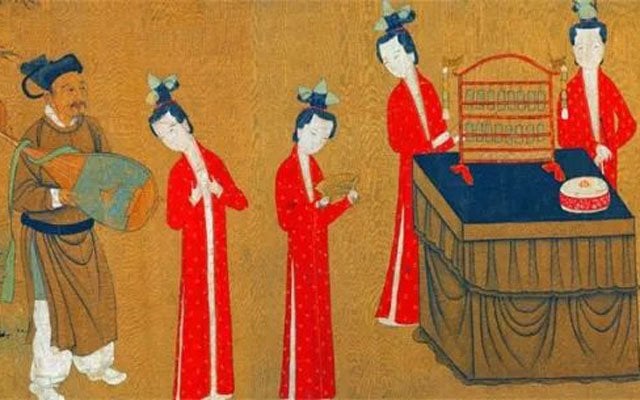 In the Song Dynasty, there were three kinds of neck styles: straight neck style worn by women, slant cross neck style and round neck style worn by men on formal occasions. The length of the Beizi varies, the front is not equipped with buttons, and the sleeves can be wide or narrow; the clothes have a split on both sides, also some style no split at all, like a modern long vest.

There are three types of sleeves: long sleeve, short sleeve and sleeveless. Men’s Beizi has long and short, straight collar and cross collar. Women’s Beizi all use long sleeves, the length of the clothes is over the knee, and the armpit is split. 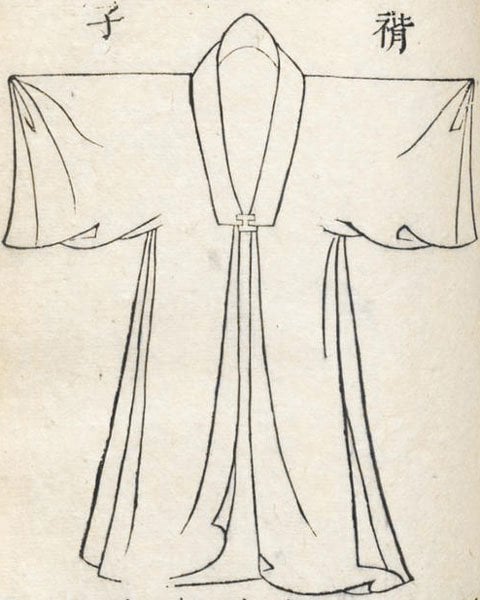 Song dynasty women’s Beizi color collocation makes full use of the cool and warm colors and the contrast relationship to highlight the posture of the human body and balance each other. There are two characteristics in the upper and lower color matching of women’s Beizi in the Song Dynasty: one is that they like the matching of adjacent colors more, without emphasis on contrast; the other is that they prefer the matching of colored Beizi and white long skirt, which is particularly popular among women in the Southern Song Dynasty. 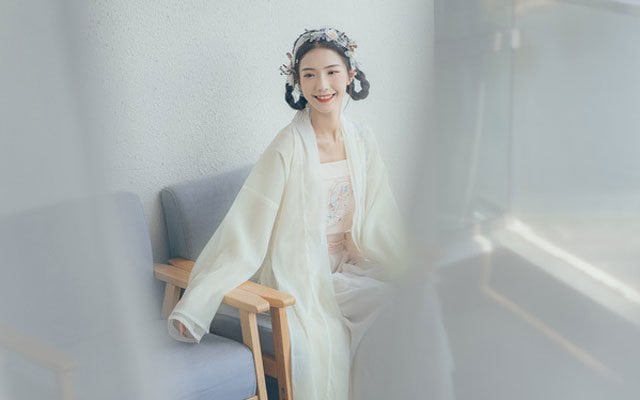 In the Song Dynasty, the pattern of women’s Beizi was mainly represented by the fringes at the Jin, cuffs and side seams of the two armpits. There were also fabric patterns from the fabric itself, but most of them were dark weave, which made the whole Beizi appear simple and elegant, so as to highlight the delicate and gorgeous fringes. In addition, there are bird and animal patterns, geometric patterns, auspicious patterns and so on.

Beizi, if worn as an interior, matches the big sleeve formal dress. It’s a formal dress with big sleeves on the outside and Beizi on the inside, which is worn by upper-class women. The archaeological report of the HuangSheng tomb (黄升墓) in the Southern Song Dynasty of Fujian Province restores the real dress of aristocratic women in the Song Dynasty. Big sleeve robes are worn on the outermost layer as formal dress, while Beizi is worn as a second-class garment inside the big sleeves, while Ru (襦) and Ao (袄) clothing is worn inside Beizi, which often needs to consider the changes of spring, summer, autumn and winter seasons before matching clothes. 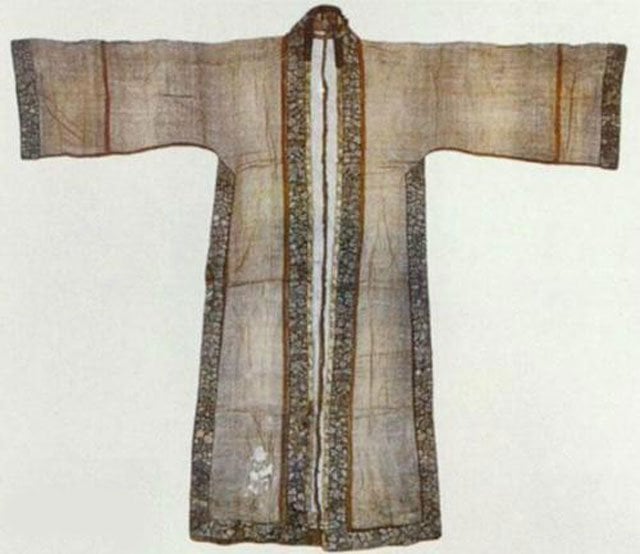 When Beizi is worn as a daily garment, it is usually combined with Ru, Moxiong, etc. The combination of Beizi, skirt, and Song pants is also very common.

Song dynasty women’s dress is no longer limited by the traditional social and cultural connotation, and the ideology of Neo Confucianism does not have too much influence on the dress form of Song dynasty women’s Beizi. They pursue the practicability and visual beauty of the dress itself, break through the rules of etiquette and the original dress system of honor, inferiority, nobleness, and lowliness in the constant pursuit of new differences.

In the same way, we found some collocations of “Beizi” in the modern Hanfu. 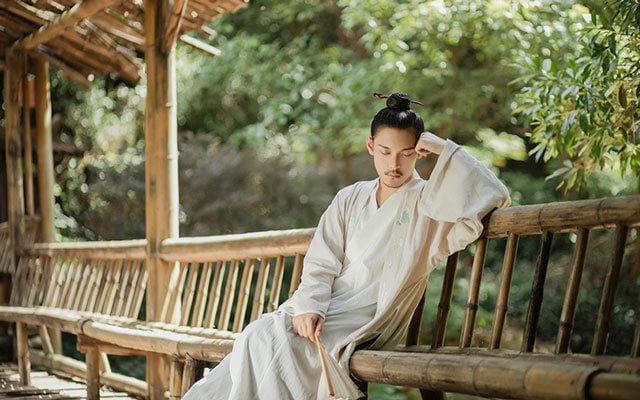 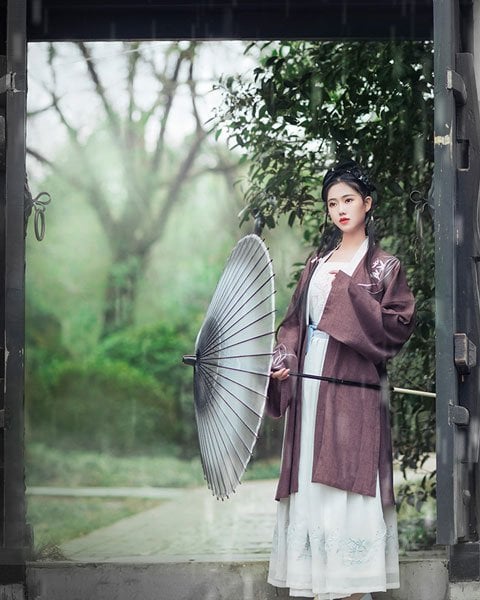 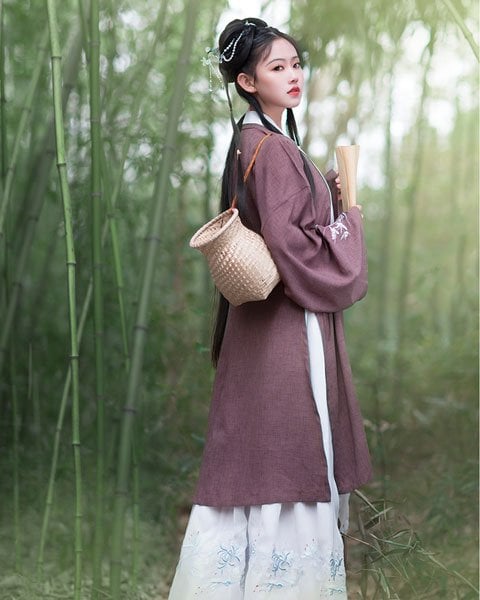 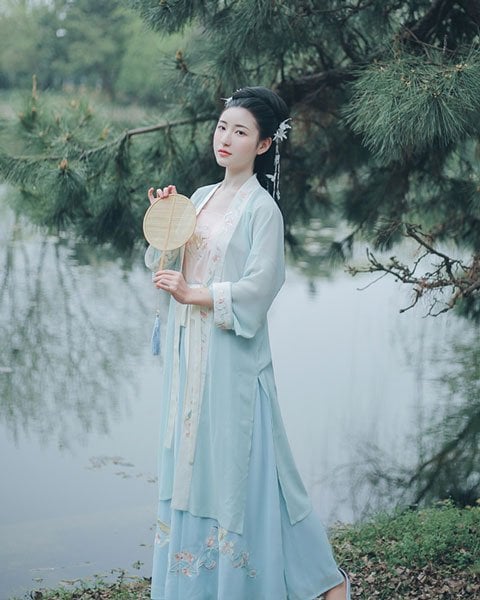 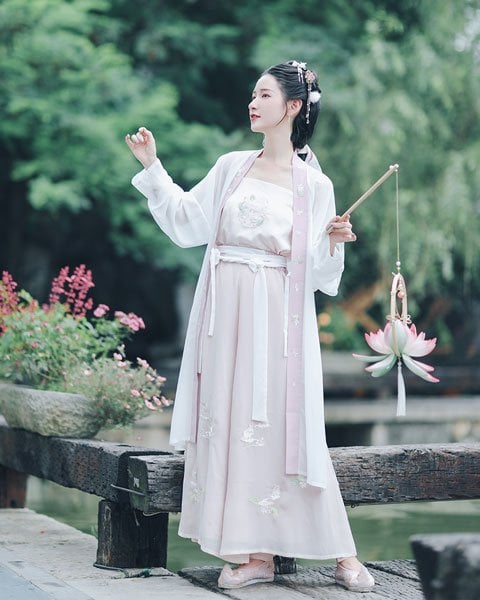 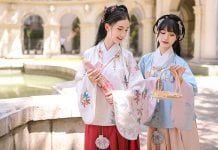 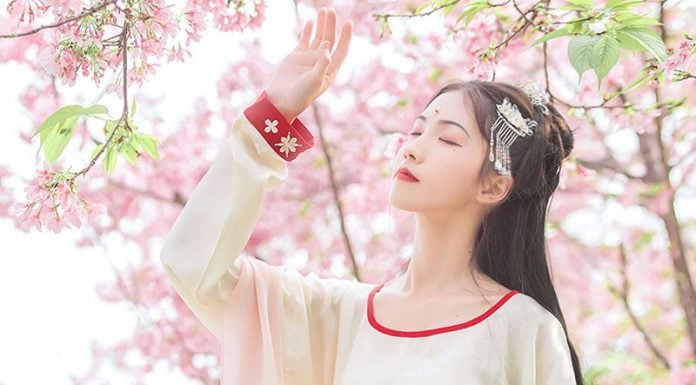