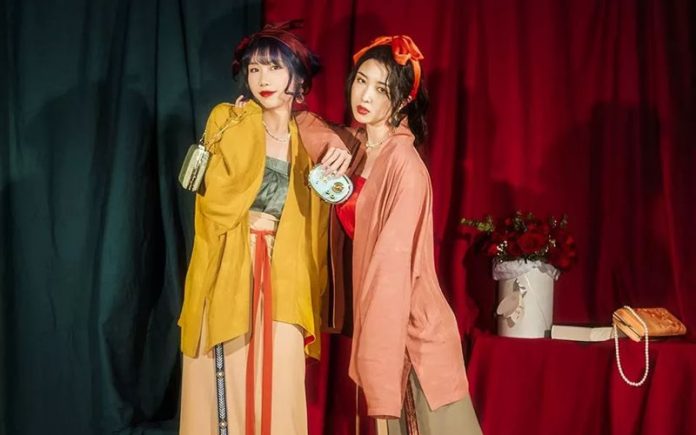 “Look at the dress she’s wearing, it’s a breeze to walk in summer.”As a spokesperson for this statement, Zhang Ailing liked to wear exaggerated clothes with wide sleeves, and in the classic photo, her outwardly expressive looks are matched. Today, let’s follow in the footsteps of Han’s costume time, and feel the clash of classics and fashion together! 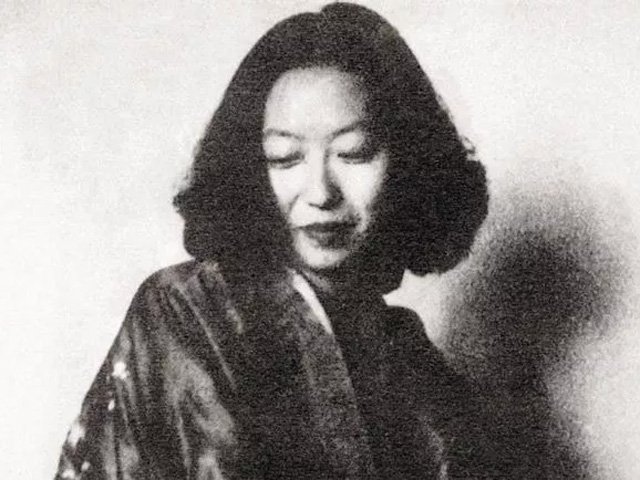 She attributes her fascination with clothing to her personal choices in the face of social collapse: “During political turmoil, people have no ability to improve their life situations. They can only create the environment in which they fit – and that is clothing. Each of us dwells in his own clothes.” 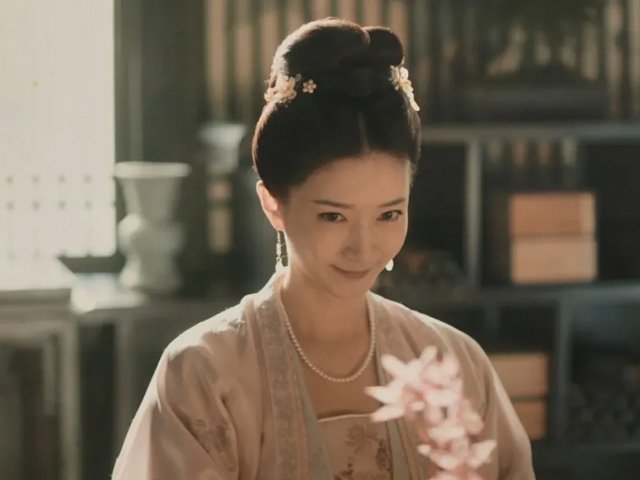 During the feudal era, women’ opinion on their appearance was very low, so dressing up became an indispensable part of their lives, especially in the Song Dynasty, when they had to fix their hair and flowers. In the second year of the Song Dynasty (989 A.D.), the imperial court ordered that high buns and crowns should not be worn by women, but the prohibition did not stop women from loving beauty. In the Song Dynasty, there was silk woven with money, called “Xiao Jin”, which the government repeatedly banned.

In fact, it is also the case with modern women’s clothing. Women wear one-step skirts or pencil skirts, which are also a refined form of fashion, combining the elegance of dresses from the 1950s and highlighting the femininity of dresses because of their corset effect.

In the Song Dynasty, women also had these Han’s Costumes, also known as spiral skirts, that were made of two pieces of cloth overlapping each other, originally designed to facilitate horseback riding, but later became popular among women in high society.

Meng Hui mentioned in “The Skirt of the Slit” that, “This type of Song skirt is made up of two separate skirts of equal size, which are partially folded together and sewn to the waist of the skirt.”The actual objects, such as the printed branch-folded flower-printed gauze excavated from the tomb of Zhou of the Southern Song Dynasty in Jiangxi De’ an, and the Southern Song Dynasty yellow-brown printed silk skirt excavated from the tomb of Huang Sheng in Fuzhou, etc.

If you want to get the best out of a skirt, you can choose a Shan Zi or Bei Zi, which are Han’s costumes with airplane sleeves on the upper body, and a straight-line style with a waist and long legs, especially for the pear-shaped body, it is very smart to have a solid color, even with a checkered pattern when you are a departmental faction.

The colors are two kinds of light and outgoing, light-colored cotton and linen can easily be paired with youthful literary style, with muffin shoes, flat shoes, or white sneakers. 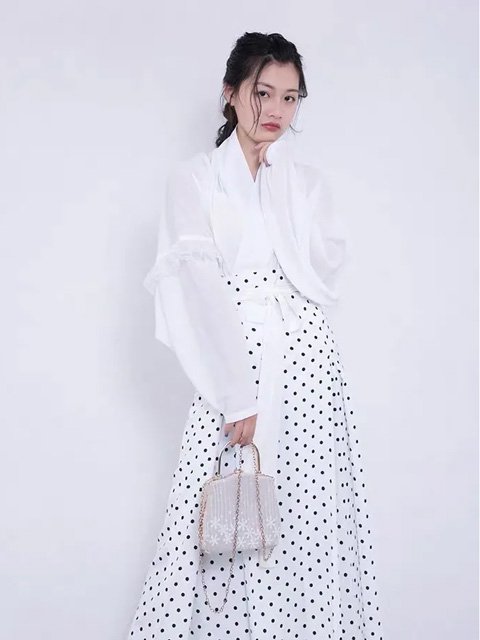 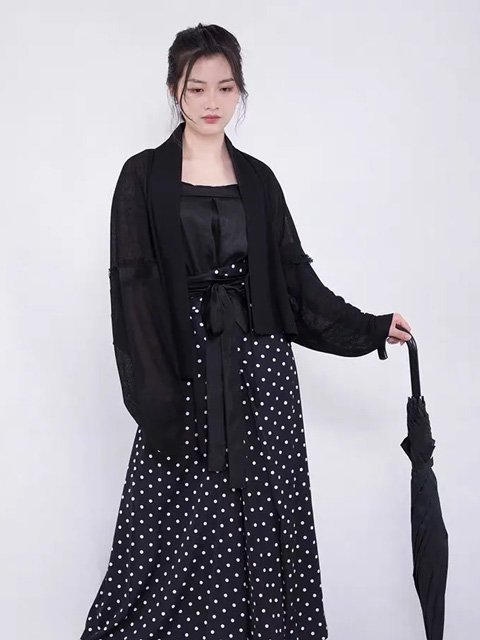 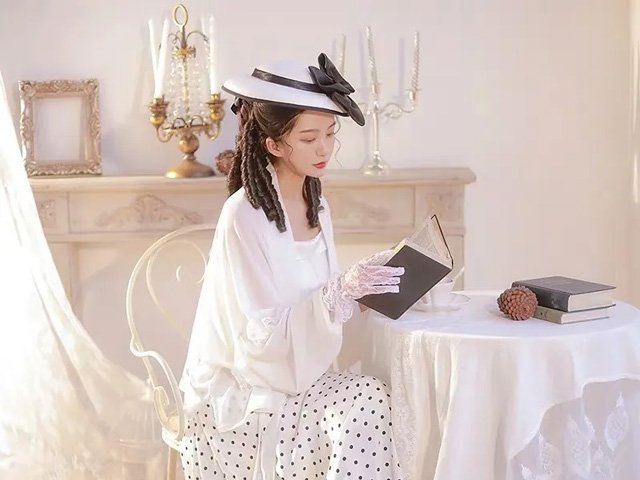 The texture such as satin-like materials can wear a woman’s intellectual beauty, picking out colors can be easily paired with a dazzling fashion sense, and gold accessories with the right mix and match, wearing a high heel, minutes are fashion darling.

These are more suitable for commuting Han’s costume mix and match elements, you can prepare a few pieces of the versatile style, such as white, beige, light blue for summer daily wear, even if the upper body does not wear a Shan Zi can be direct with a shirt, or with a small suit to go out like the holiday style also can choose the tropical system flowers and other elements, which has a beach sense. 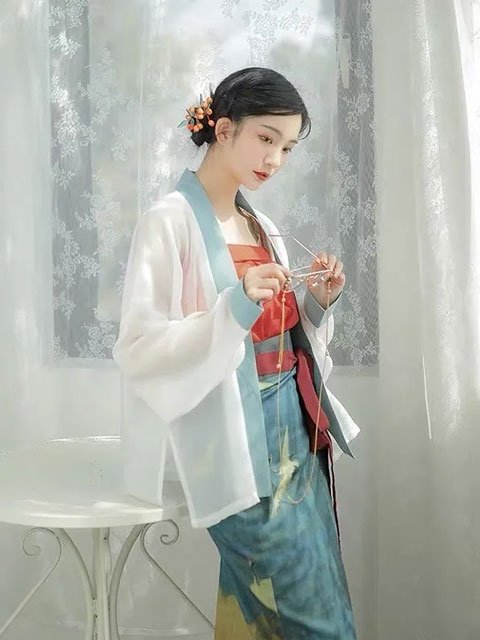 In the expansion of Han’s costume design, you can also boldly exceed the previous “two pieces of cloth” design, breakthrough the check pattern and pure color system in color matching, such as the digital spray painting of ink painting, or hollow paper cutting, tassels, asymmetric design, three-dimensional flowers. From the fabric, using yarn and lace splicing in summer can do some extension, as the weather becomes cold, leather suede is also a good improvement.

Throughout the ages, women have been the ones to please themselves. As Zhang Ailing said, the style of dress is the same today, we seem to be the ones who live in the clothes. Further and further away in the materialistic society, it’s anyone’s guess whether it’s the clothes that make us, or whether we make the clothes.

Just like the phrase “fads are fading, classics last forever”, the rich contemporary clothing styles also imply that our era is actually trying to be more diversified, whether it’s Han’s costume, LO, JK …… that belongs to the vision and group of young people, which is the best era. 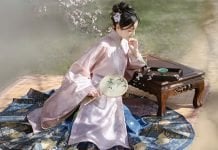 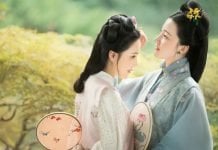 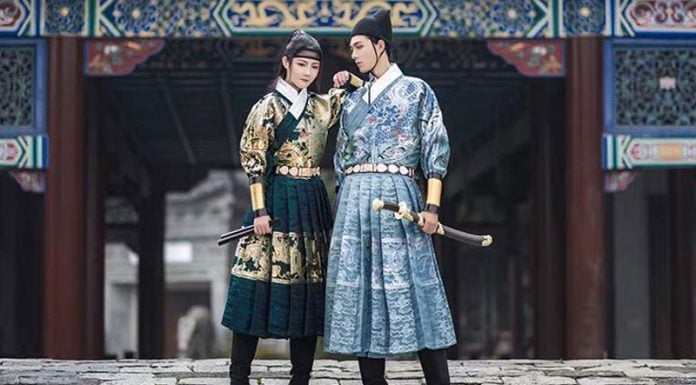