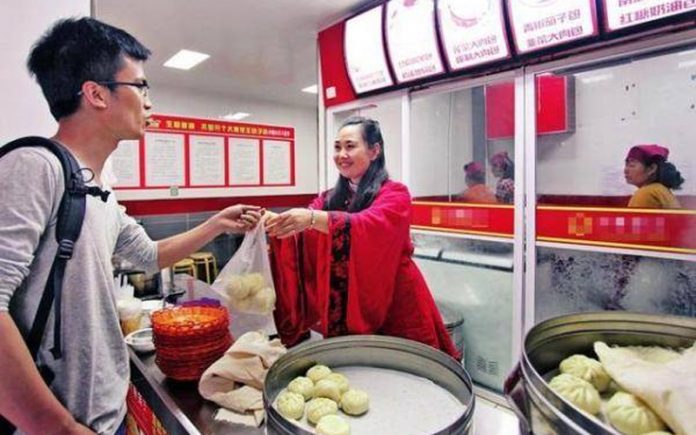 Hanfu is becoming more and more popular. More and more people begin to wear Hanfu in their daily life. Today I’d like to introduce two bosses who really integrate Hanfu into daily life.

Hanfu theme noodle shop, do you want to try it?

Nowadays in Xi’an, there are more and more people wearing Hanfu. Han Tingting (韩婷婷) is the owner of a noodle shop in Xi’an. She just contacted Hanfu and didn’t hide her love. 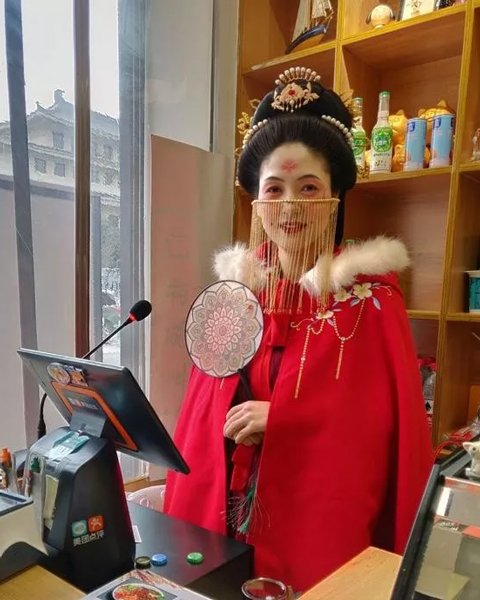 Han Tingting said that she spent three hours every day to make up because the makeup is more elegant, clothing, accessories and so on are also more exquisite, and she is very tired to remove makeup every day. Although tired, Han Tingting enjoys it. She runs a noodle shop near the north square of DaYanTa. The business is very good. Many tourists come here to taste it every day. She also takes the shop as a stage to show the culture of the Tang Dynasty.

Han Tingting’s employees also wear such clothes every day, and they want to use this shop as a window to display Shaanxi’s food, culture, and clothing.

Han Tingting said that when she first wore a Hanfu, she was a little embarrassed. But she found that Hanfu was very popular. Now, Han Tingting has also become the spokesperson of the store. Many people take photos with her, even if they just pass by. 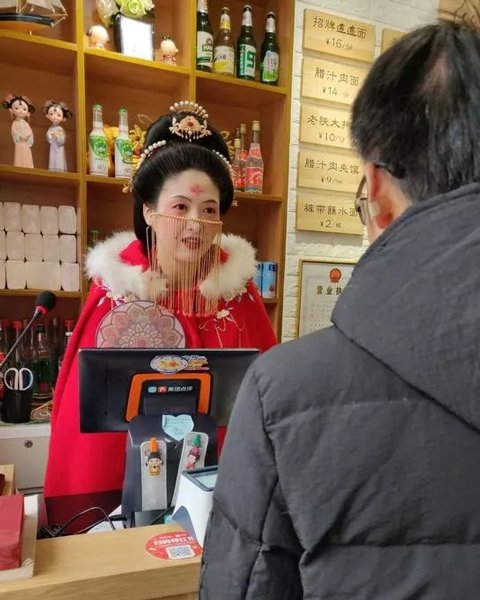 Sun Hanling (孙韩玲) and her Bao (steamed stuffed bun) shop have become “Internet celebrities” recently, attracting the attention of many netizens. Every day, the small shop is full of people and business is booming.

Sun Hailing is from Xianyang. She has been running this bao shop for less than a month. She said she was surprised to be popular on the Internet.

“At the beginning, people paid attention to me and my shop because I was wearing Chinese clothes. So many people say that I hype, in fact, I just like Hanfu. ” Sun Hanling said that she liked Chinese classical culture since she was a child, and she began to wear “classical style” since she was a teenager, especially the Tang suit, embroidered dresses and so on. 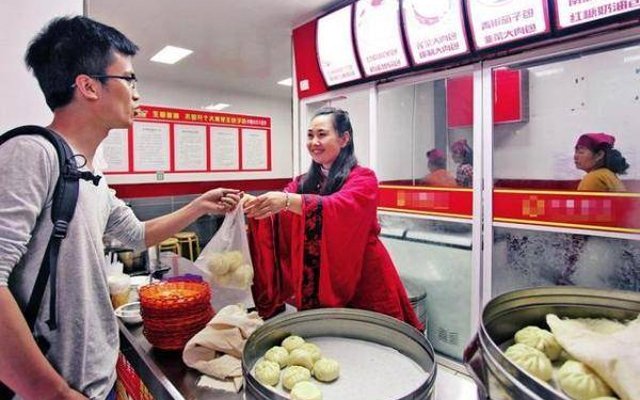 “Previously, I was restricted by work, living environment, etc. I couldn’t wear anything I wanted. Recently, I opened a shop myself, and there’s no limit to what I like to wear. ”

“A lot of traditional Chinese novels involve the story of the bao shop. I think it’s very suitable for Hanfu, so I wear it according to my own preference.”

What she didn’t expect was that her photos of selling steamed stuffed buns in Hanfu became popular overnight after being passed on to the Internet by customers, so many customers came to the bao shop.

“The power of the Internet is really powerful.” She exclaimed that her own bao can sell 1500 to 2000 every day, and many customers come here because she is famous for selling bao in Hanfu.

It takes a lot of time to dress up in Hanfu every day, which requires a great love for Hanfu. Do you have any friends who wear Hanfu every day? Welcome to share with us. 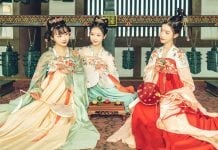 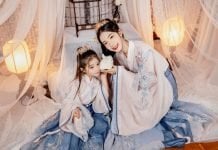 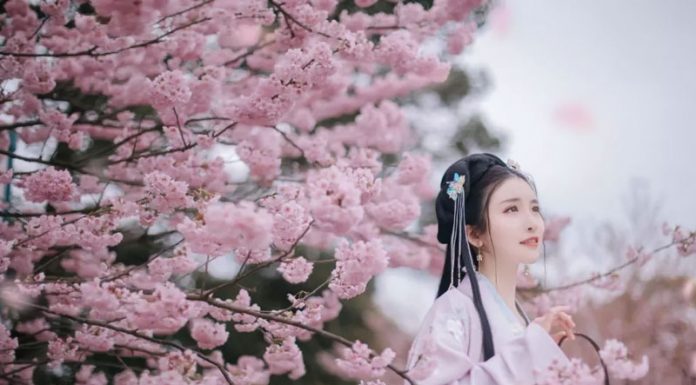