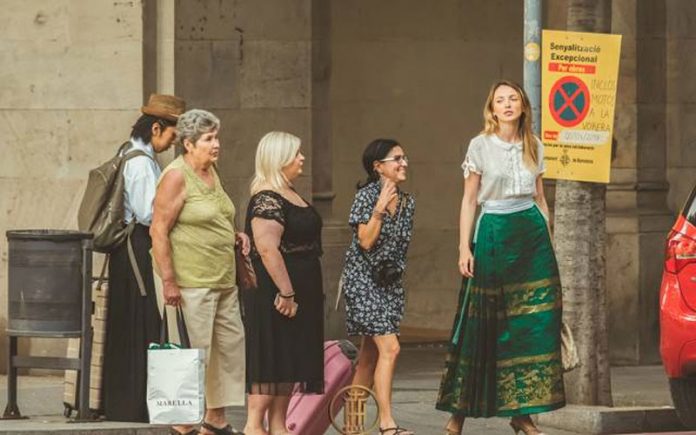 Today, I want to share with you a group of Hanfu fashion street photos in Barcelona, which are brought by Lin Lanchai (林烂柴), @newgoodi (古典新风尚) and their friends. It contains the traditional Chinese Hanfu and Han elements, as well as the classic Chinese elements such as the standing collar long shirt. It is mixed with the daily clothes to wear a different fashion sense. 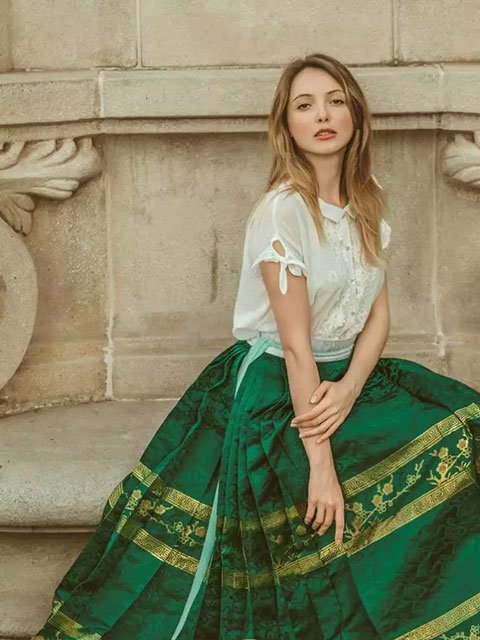 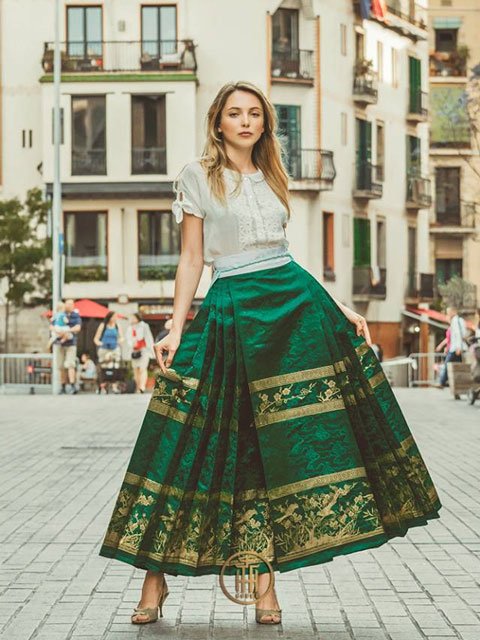 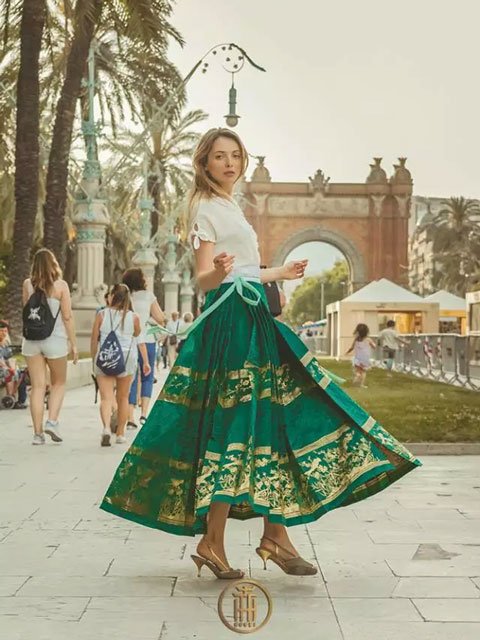 This set of Qixiong Ruqun takes off the upper Ru inside and leaves only the outer Banbi, but it wears casual and lazy wind, which immediately refreshes a lot, and the casual collocation puts the Hanfu into a new style. 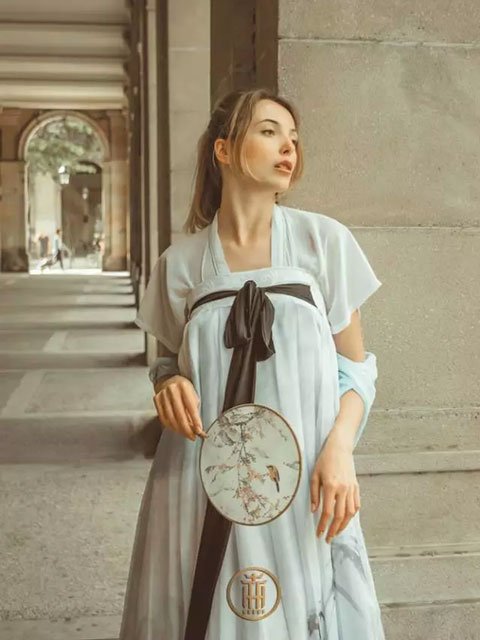 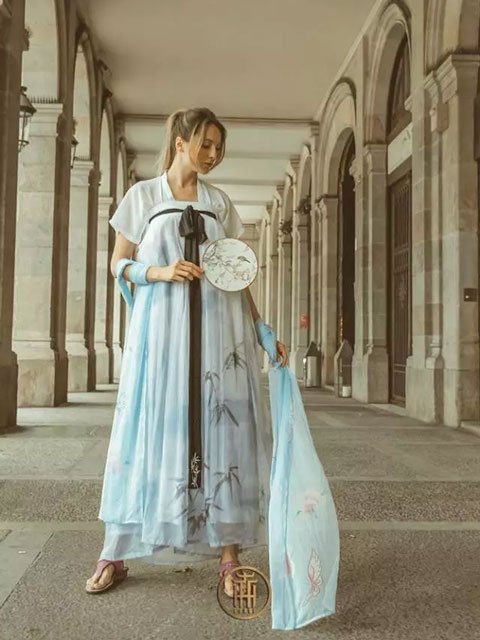 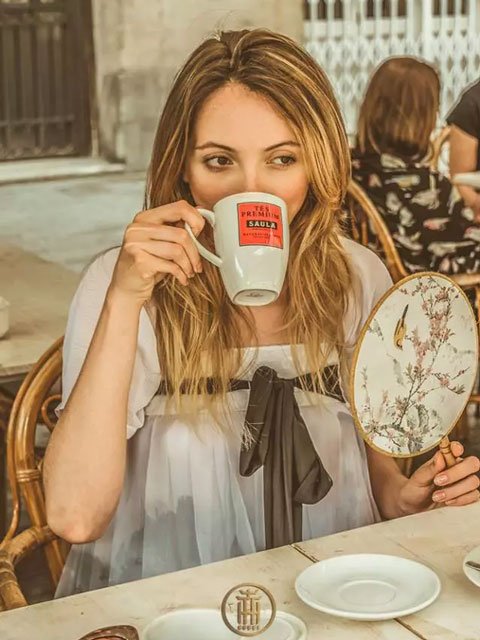 Han element cross neck shirt, with the acceptance of Hanfu by the public, the Han element has also led a wave of trends, and the international Chinese style design has gradually emerged a lot of Hanfu element design. 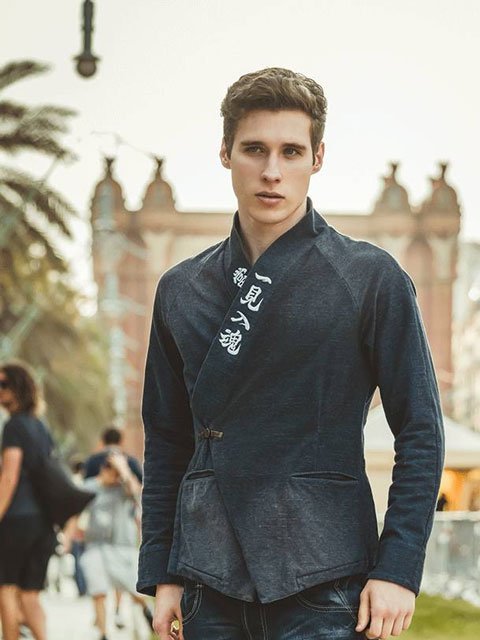 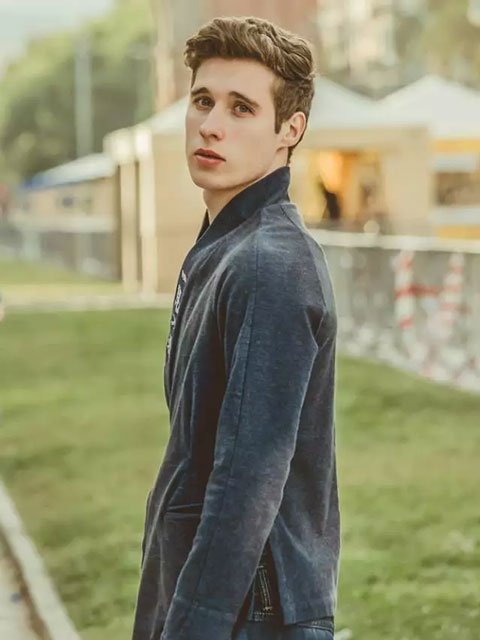 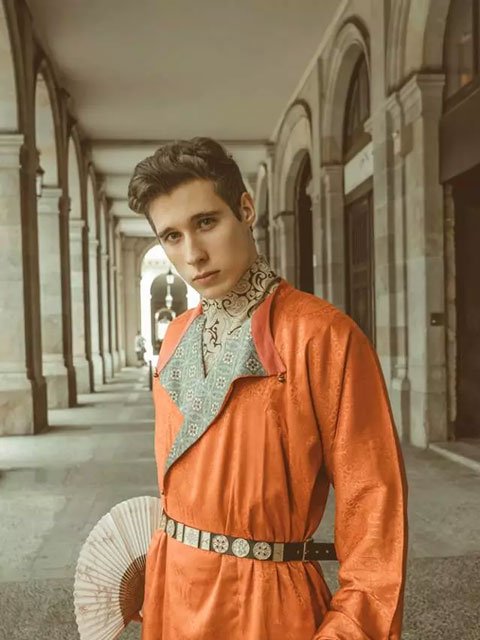 It’s strange that it’s very harmonious to use the lower skirt of Hanfu with a lace top, you maybe can’t imagine this match. 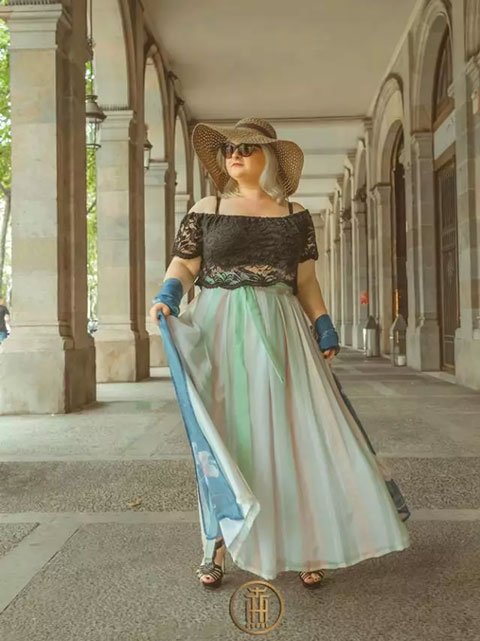 Knit top with Song pants (宋裤)! Maybe it’s more harmonious in color, it’s very daily and elegant, but also very different. Although it’s really not intended to match, this kind of casual is often the most surprising. It can be seen that Hanfu is really easy to integrate into life. 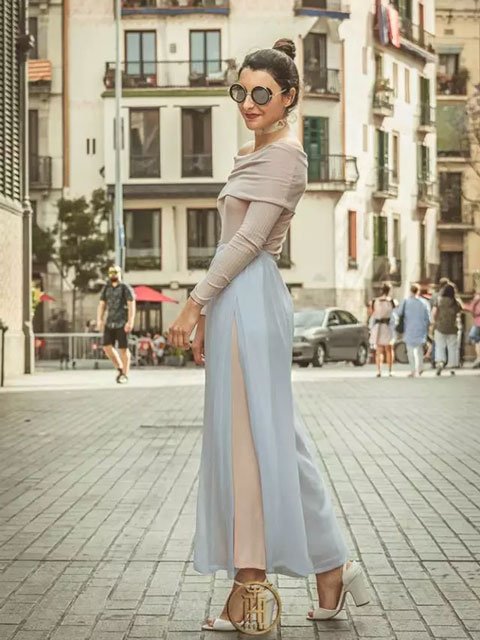 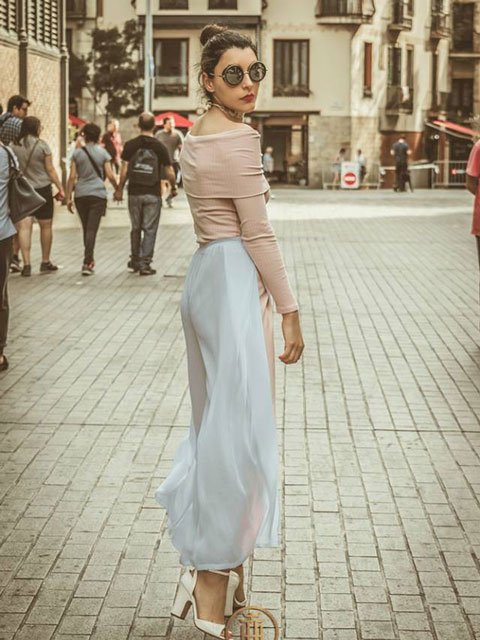 China is a multi-ethnic country, but most people’s cultural impression of China is definitely dominated by mainstream culture. So many new contacts with Chinese culture have always felt that cheongsam represents thousands of years of Chinese clothing culture, cheongsam is indeed beautiful, but cheongsam is from the evolution of Manchu traditional clothing, which is a hundred years of history. 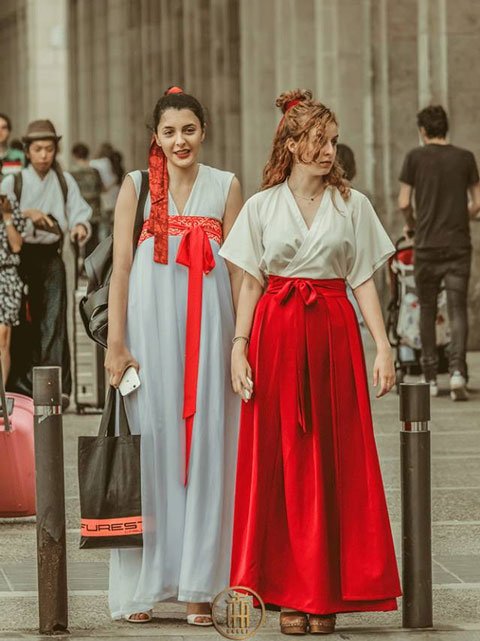 As the traditional costume of Han nationality, Hanfu has just revived for more than ten years, and even many Chinese people have begun to understand Hanfu fashion again. Hanfu culture has been forgotten for too long. We can’t wait to let more people know and like it. Of course, there are also many people who think that Hanfu is not convenient. The wide robe, large sleeve, long skirt are not suitable for the fast-paced life.

In fact, Hanfu has both ceremonious dress and daily leisure style, and the dress of thousands of years has been fully reflected. Also, more and more friends are learning the etiquette behind Hanfu, such as classical music and dance, classical musical instruments, traditional handicrafts and so on. 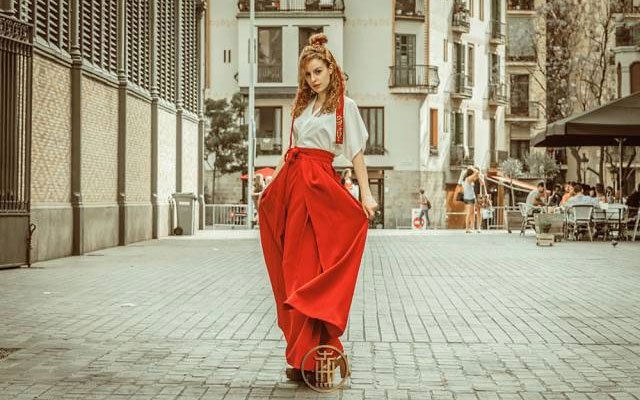 In today’s clothing culture integration, we can boldly try to mix and match the Hanfu with our daily clothing, which is mainly comfortable and natural, and often has a different performance. 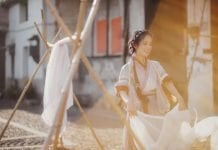 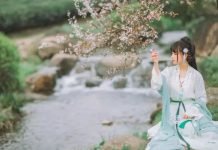 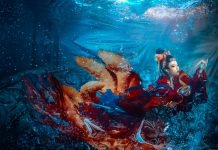 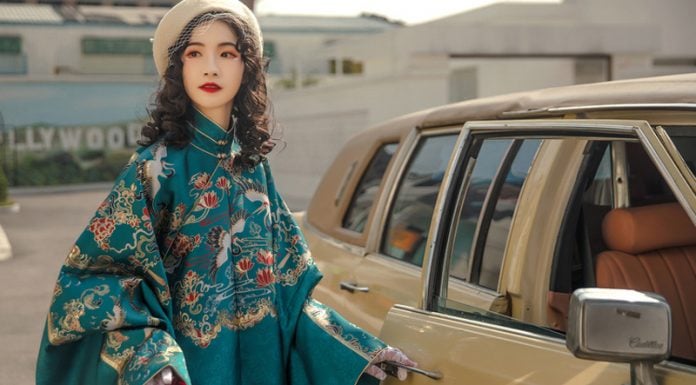 How to Wear Hanfu | Quju Shenyi