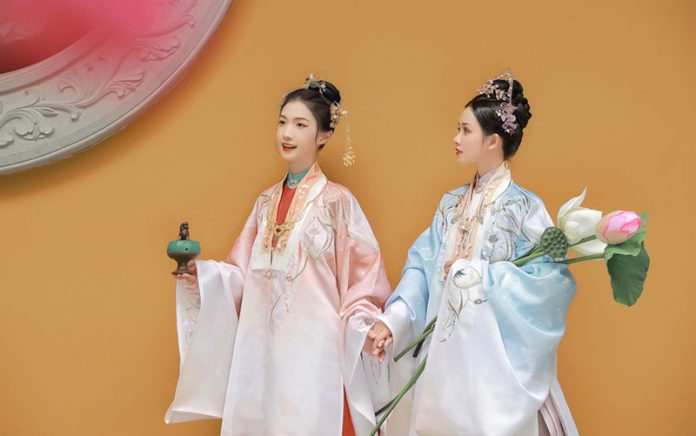 Hanfu (汉服), Chinese traditional costume, the full name of which is “traditional costume of Han nationality”. It is also known as Han Yiguan(汉衣冠), Han Zhuang (汉装) and Huafu (华服), which was formed from the reign of the Yellow Emperor to the middle of the 17th century (late Ming and early Qing dynasties), in the main residential areas of the Han nationality, with “Huaxia-Han” culture as the background and the dominant idea, and with the Chinese ceremonial culture as the center, through natural evolution, formed the unique style and character of the Han nationality, obviously different from the traditional clothing and accessories system of other nationalities.

This guide is classified according to the 1: basic feature of the Hanfu, 2: Hanfu shape & style, 3: Hanfu in different wearing scenes, 4: Hanfu in different dynasties, and the 5: related contents of Hanfu, so as to facilitate readers to understand and query.

Basic Feature of the Hanfu

The single piece of Hanfu can be divided into seven categories:

It refers to Hanfu worn close to the body, including Moxiong, Baofu (饱腹), etc. Some special styles, such as the Duijin Ruqun (对襟襦裙, parallel opening Ru skirt), require a Moxiong as an essential component.

Zhongyi, also known as Liyi (里衣), is the shirt of Han Chinese clothing, which is used to match and support, worn between underwear and outerwear, like a shirt in a suit. Generally, it cannot be worn outside, but can be used as home wear and pajamas. When wearing a formal dress, must wear a Zhongyi, and the best effect can only be achieved with a Zhongyi for daily Hanfu style. Zhongyi is usually white, but other colors are also available. The collar edge should be slightly higher than the outerwear. Zhongyi includes:

The Waiyi is worn outside the Zhongyi. The Waiyi is the most important carrier of the characteristics and cultural significance of Hanfu. According to the wearing part and length, the Waiyi is divided into the long suit, upper garments, and lower garments:

Shoufu, also known as “Touyi (头衣, headwear)”, refers to the clothing worn on the head. Shoufu is an important manifestation of the cultural meaning of Chinese clothing, and many styles have a corresponding cultural story. Many headscarves and hats were invented by celebrities and have been passed down as representatives of certain cultural ideas, such as the Dongpo Jin invented by Su Dongpo, the Haoran Jin invented by Meng Haoran, etc. The different forms and use can be divided into Guanmian and Jinmao.

Refers to the outfits worn on the feet.

Refers to the ornaments in Hanfu that are easy to change and change position. Except for the belt, which is an essential part of the Hanfu, other accessories are worn according to the occasion and situation. There are many types of accessories, which can be divided into the following according to purposes:

The third part focuses on the different functions and uses of Hanfu and its application in different application scenarios. As the traditional costume of the Han nationality, Hanfu has developed a huge system in thousands of years of history to meet the various needs of people in their lives. Hanfu is not all wide gowns and big sleeves as some people think, but actually, there are other styles that are suitable for modern life. Categorized into 3.1: formal dresses, 3.2: informal dresses, 3.3: Gongwu costumes, 3.4: monk’s costumes, 3.5: performance costumes, and 3.6: derivative costumes. ps: Derived costumes are not true Hanfu, but fashion dress or other costumes based on Hanfu.

Lifu refers to the ceremonial clothing worn in formal gatherings, ceremonies, and other social occasions. According to the solemnity of the occasion, it can be divided into big formal dresses and small formal dresses.

Also known as Chang Lifu (常礼服, regular formal dresses), it is a dress used for formal social occasions such as banquets, festivals, and cultural events.

Changfu refers to the Hanfu clothing suitable for daily work and home. The main function is to work professional dress and life informal dress.

After Buddhism was introduced to China, it was gradually localized. Except for the formal vestments, which are still the Indian monk’s clothes, the clothing worn in daily life is basically based on the Hanfu with slight modifications. Taoism is the original religion of China, and the costumes are basically the same as ordinary Hanfu, except that the patterns are more Taoist, such as Taiji (太极) and Bagua (八卦) patterns drawn on the robes.

Refers to the Hanfu used for performance, characterized by the pursuit of stage effect, and different from the daily wear Hanfu in the shape. Some performance costumes in the shape of Hanfu, but in fact belongs to the stage fashion, has been separated from the scope of the Hanfu.

The third part of the article is mainly to organize the classic styles of Hanfu clothing according to the timeline of ancient China, covering Han dynasties, Wei, Jin, North and South dynasties, Sui, and Tang dynasties, Song dynasties, and Ming dynasties.

The content is constantly updated, the latest version shall prevail.
If there’s anything else you’d like to know about Hanfu, you can talk to us via comments or email! 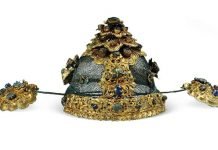 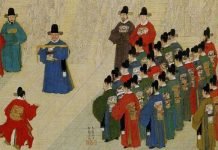 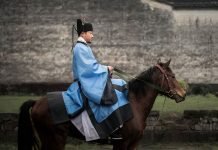 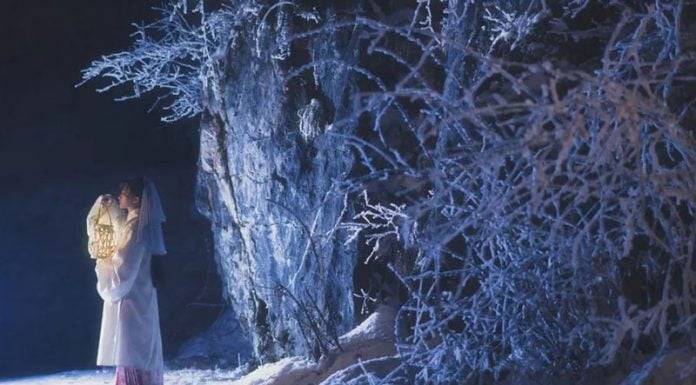