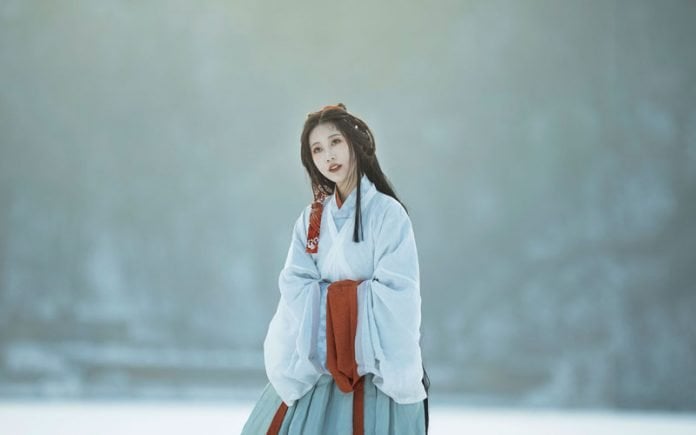 Hanfu lovers may have heard the term Wei Jin style (魏晋风), or perhaps even that it’s not part of the Chinese Hanfu clothing, but what’s the difference between the Wei Jin style and the Hanfu in the ancient Wei Jin period?

Is the Wei Jin style costume part of Hanfu?

In fact, the Wei Jin style is just a style of dressing! It is characterized by wide robes and big sleeves, fairy, etc. Only a tendency to national literature and art aesthetic style and expression. 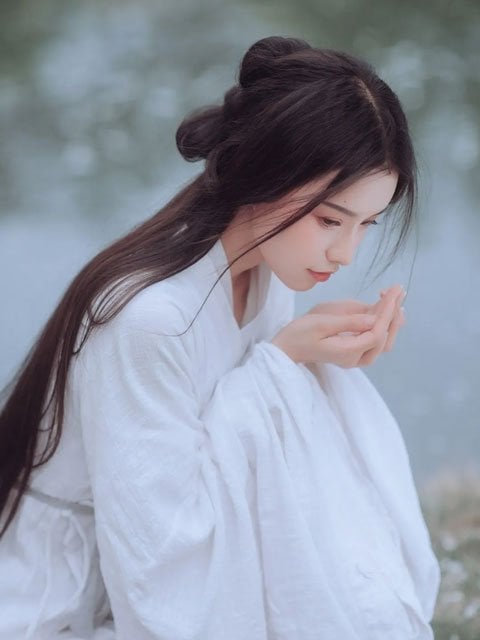 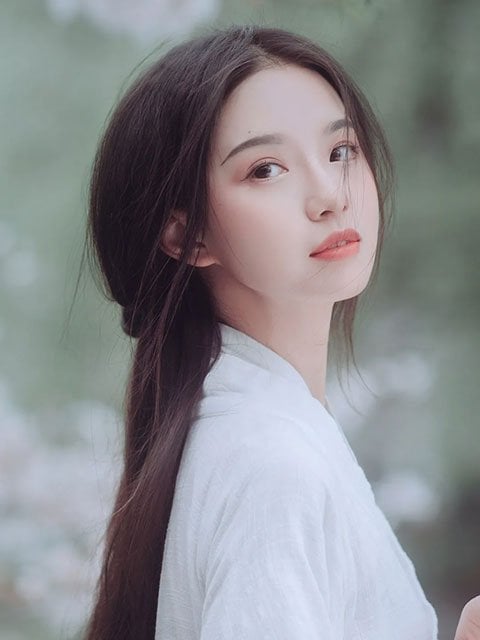 The origin of the Wei Jin style is a few years ago, a business to do a character of Wei and Jin dynasties style clothing series (魏晋风骨), this series is mainly characterized by thin and light, low saturation, low cross collar with edging, very suitable for shooting photos, loved by ladies. Then many businesses followed up and gradually formed a “Wei Jin style”. 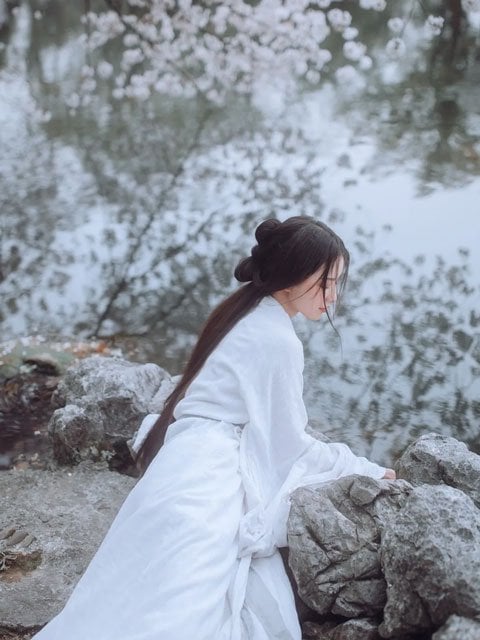 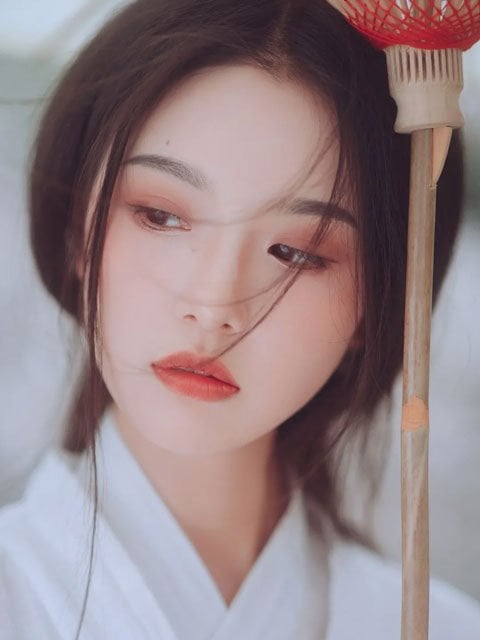 The Wei Jin style does not refer to the social style of the form and substance of Chinese Hanfu clothing during the Wei Jin and North-South periods. Rather, it originated from the artistic and aesthetic trends and expressions formed by the metaphysical thoughts of the Wei Jin and the North-South Dynasties, and Wei Jin was probably the dynasty in which the ancients lived the most freely and frankly, so the clothing of that period would also have the style of the literati of that period.

So, what should a real Wei Jin Hanfu costume look like? 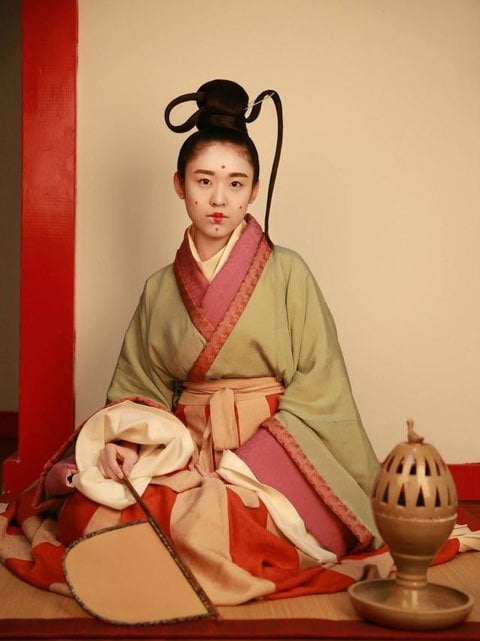 Shanqun (衫裙, shirt skirt) was a common attire for women in Wei and Jin dynasties, with a tight-fitting shirt, wide sleeves, with a Yaolan (腰襕). The lower skirt was an inter-colored skirt or monochrome skirt, the skirt is long and mopping, loose and stretched, with trapezoid stitching, which can show the dashing style of a woman in Wei Jin.

As early as the Han dynasty, women’s costumes had an ornate style of short-sleeved garments, with a toothed lace at the collar and pleated ruffles at the cuffs, which were worn over long-sleeved blouses to create a layered effect. It can be seen on artwork such as lacquer screens from the Northern Wei period, women’s long dresses and men’s gowns were decorated with a ruffle sewn around the bottom edge.

The Pei (佩) began in the Jin Dynasty, and popular in later generations of a women’s clothing, shaped like a scarf, draped over the neck and shoulders, handed in front of the collar, natural down. 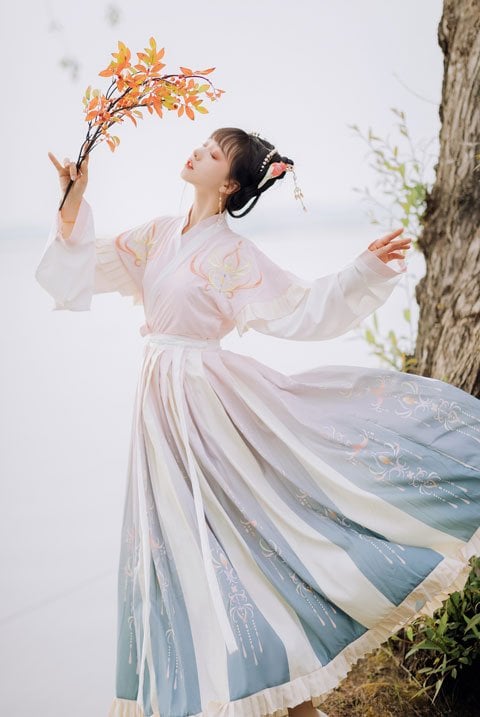 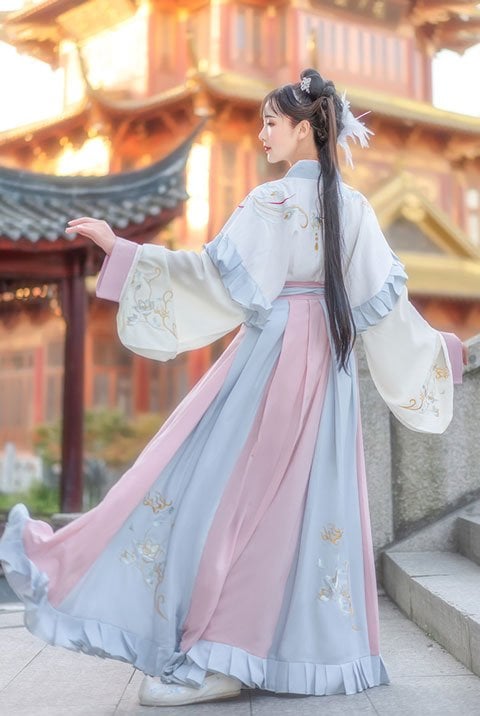 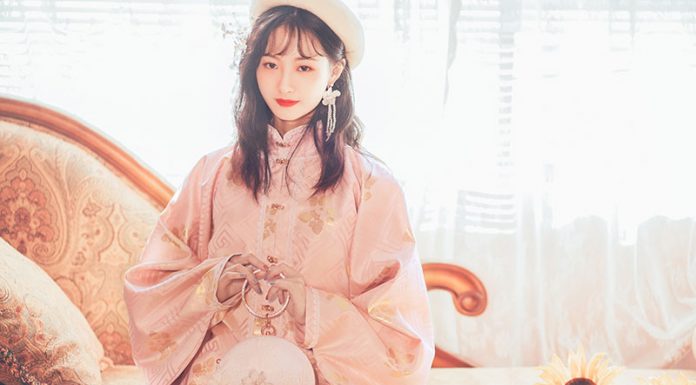